The best ones are those that you move in and out of seamlessly, that offer delight, bring laughter, and deepen an understanding of the world. They are the friendships forged over years, spanning decades. Sometimes, in rare instances, a friendship will touch a community, its impact ringing out the way a bell rings out, looping its peels in ever widening circles. That’s the kind of friendship Proctor has with John Around Him, who has been on campus this week. He has brought the experience of his travels in the world and the wisdom of the Lakota people to Proctor’s campus, and we have delighted in his return as one delights in a visit of the closest of friends. 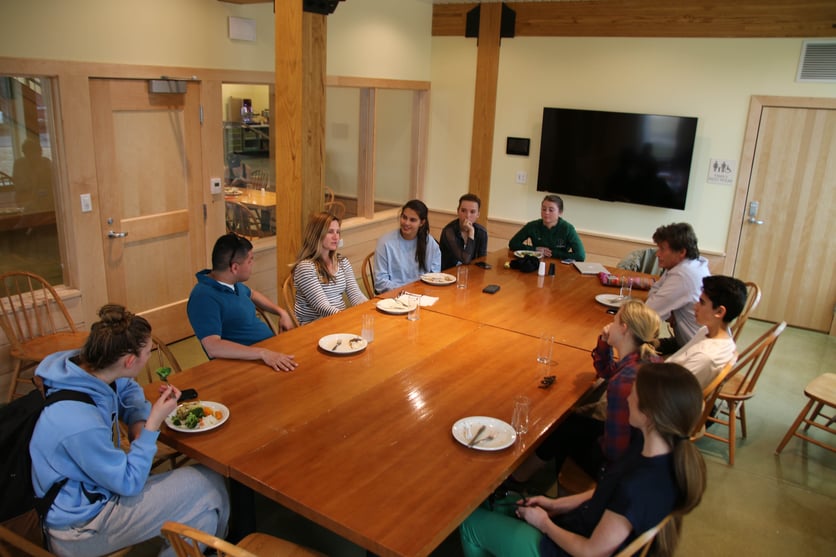 He has been everywhere. He has joined the Diversity Committee for meetings, has been in Social Science and English classes, has been to Elbow Pond, joined the faculty band in assembly, and helped the kitchen offer a traditional Lakota meal. He has engaged faculty, staff, and students in the gentle challenge of important conversations about culture and differences and respect. These conversations are not new in our community, but they are sharpened by Jon Jon. We listen and engage in different ways, which is what good friends can do. 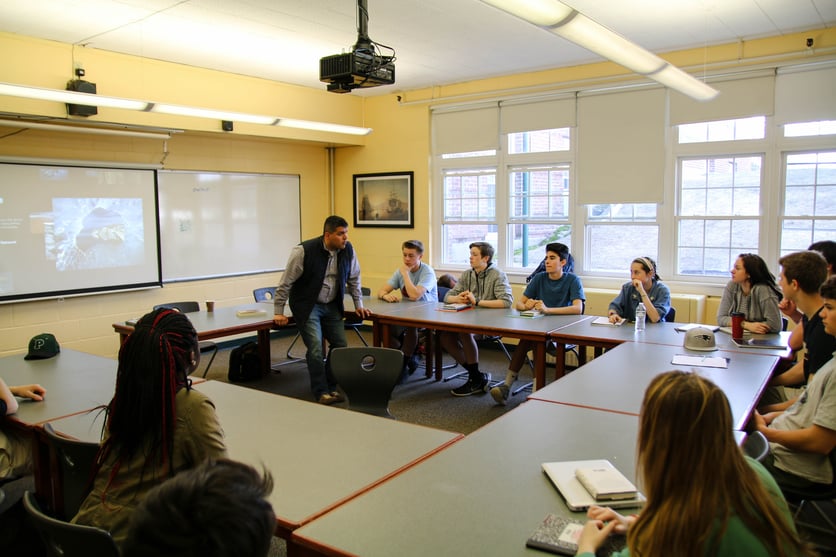 Listening in a cacophonous time is getting harder, but listening to John Around Him is easy, as it is when anyone’s wisdom quotient is high. And his is high. Very high. He possesses a sense of self which seems derived from deep respect and honoring of Lakota traditions and spirituality combined with awareness of and caring for a larger world. He draws from experiences in Pine Ridge, from his time serving in the military in Iraq, from his years as a student at Dartmouth, and from his time teaching in Baltimore. He invites dialog with an openness that seems one part wisdom, one part curiosity. It’s rare wisdom.

We are fortunate to have Lakota friendships that stretch back generations. John Around Him continues the journey that his father, also John Around Him, began decades ago. This journey of friendship includes Albert White Hat, JR White Hat, Emily White Hat, Mark White Hat, and many others. All have given much to the Proctor community, helping us both deepen our individual and community understanding of the world, its interconnectedness, and our responsibility as we move forward. 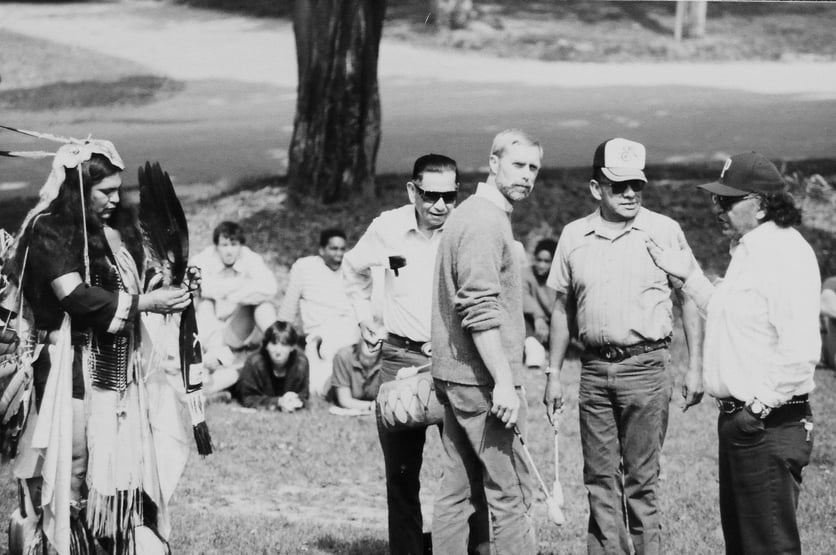 Such are the teachings that close friendships can create.