Mike's Notes: Dialing it Back. Stepping Up.

When Lindsey Allenby gathered the senior class after assembly on Monday for their class photo, I looked over. There was a lot laugher, some kidding around, and the mood was upbeat and positive. Lindsey snapped pictures, the group scattered, and it was only later, reflecting on the class, that I thought about the background hum of stress coursing through the group. When the college process peaks in the fall of senior year, the pressures can mount to unreasonable and unhealthy levels.

This crew of 4 Year Seniors has made a huge impact on Proctor over the past four years.

Much as we would like seniors to skirt the anxiety currents that swirl around the college process, we see the undertow pulling them. Short of being lashed to the mast, Odysseus like, few sail through the college process and avoid the miserable siren call of anxiety. Most succumb. Sometimes it is self-generated, sometimes family creates it, sometimes peers dial it up. Sometimes it’s just the US News & World Report magazine, with its ranking of colleges, sitting on the kitchen table. Mostly it is a mix from all of these sources and the impact can be debilitating. What fuels this anxiety is the destructive and alluring myth that the perfect school is out there - usually just out of reach - and the next sixty or seventy years of a successful life depends on that school. Only that school. It would be ridiculous if so many otherwise smart, accomplished, and talented people didn’t buy into it and thus play a role in perpetuating the perfect school myth. Those of you who have seniors know this myth well. Some of you, many of you, work actively to diffuse it. To you I offer a well deserved thank you! 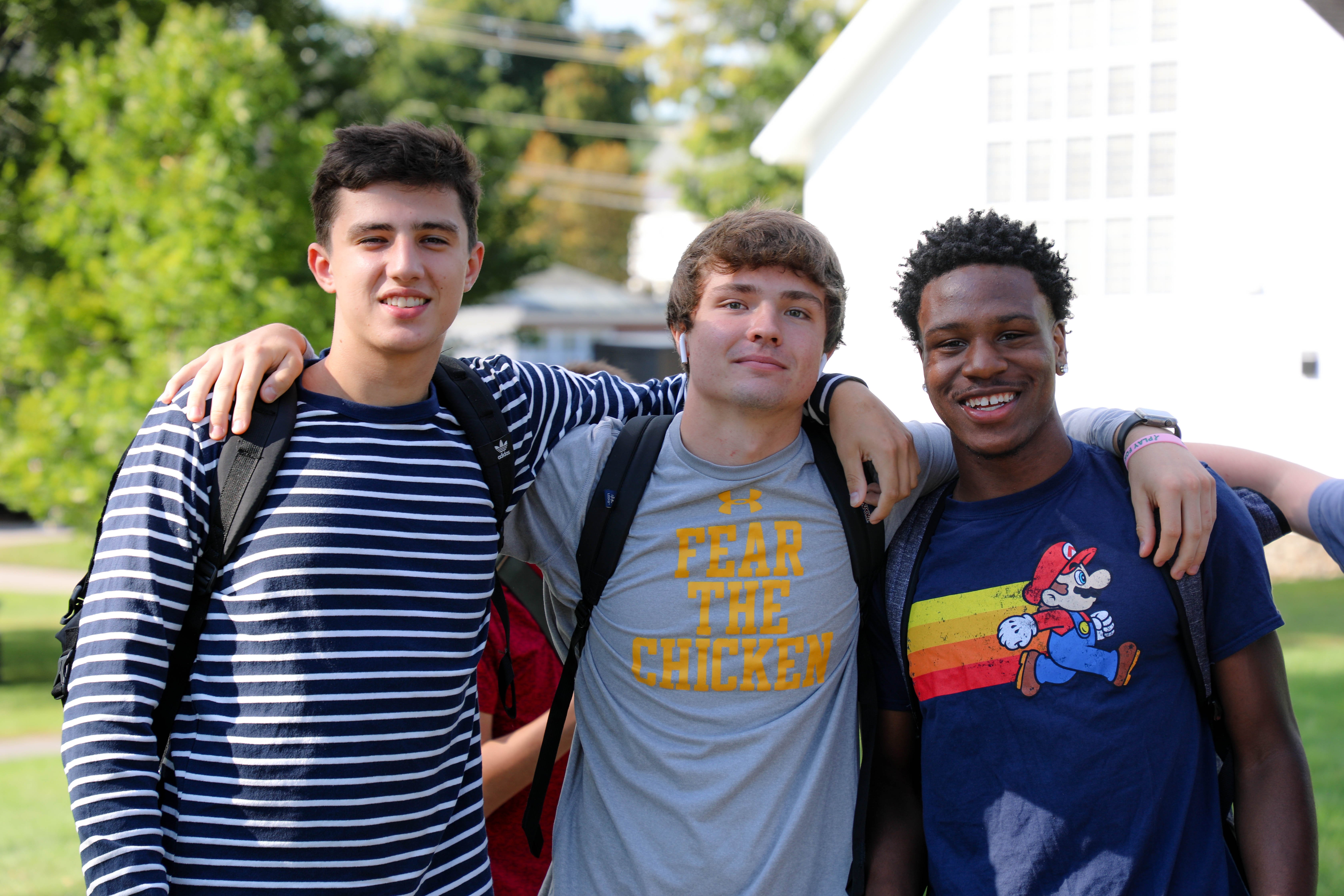 Don’t get me wrong. I am not about dialing back expectations and drifting through the process and into college. That would be a mistake. Always. But I would like to see us dial back the anxiety while also encouraging our seniors to step as boldly into who they can be. That’s where the expectations should be. Maybe that’s more about taking another art class or studying language and culture in Spain than it is about taking another practice test or working with an SAT tutor. Maybe it’s about being in the musical instead of crafting the perfect high school resume.  Mostly it’s about us - educators and parents - listening and picking up clues. It’s about guiding. It’s about encouraging. It’s about setting an example.

There’s a book I plucked off the stack that sits on the chest in my office. I slid it out after seeing the seniors on Monday. The book is by Frank Bruni, Where You Go Is Not Who You’ll Be. It’s a good and worthwhile read, as are some of the 2014 NYT articles by Thomas Friedman, “How To Get a Job at Google.” Perspective is what we need as parents and teachers. Perspective and patience as we help our seniors dial back the anxiety and encourage them to step up into who they can be before they head off to college. It doesn’t matter so much where they go - or when they go -  as who they are once they arrive and whether they can leverage the next four years of learning.

Excitement should be the dominant emotion, not anxiety.