A fall, a whoopie pie, and the art critic dog - lessons from a birthday.

I am used to birthdays announced in assemblies, used to shout outs in the dining commons, know that advisors often have a card or treat for students on the celebratory day. I love that about this school. I like seeing students swing through Maxwell Savage to pick up the cakes baked by the Andover Service Club. But what I am not used to is a couple of advisories cramming into my office to sing happy birthday to me. What I am not used to is Barb calling me down in the middle of lunch because Edna wants to say hello (which she did want to do), then rustling up more birthday song during the lunch rush. There’s an age, and let’s just say I have reached that age, when birthdays….well, you like to see them slide by without much fanfare. No notice is just fine. Really. Who needs reminding that the next decade has begun? Not me. 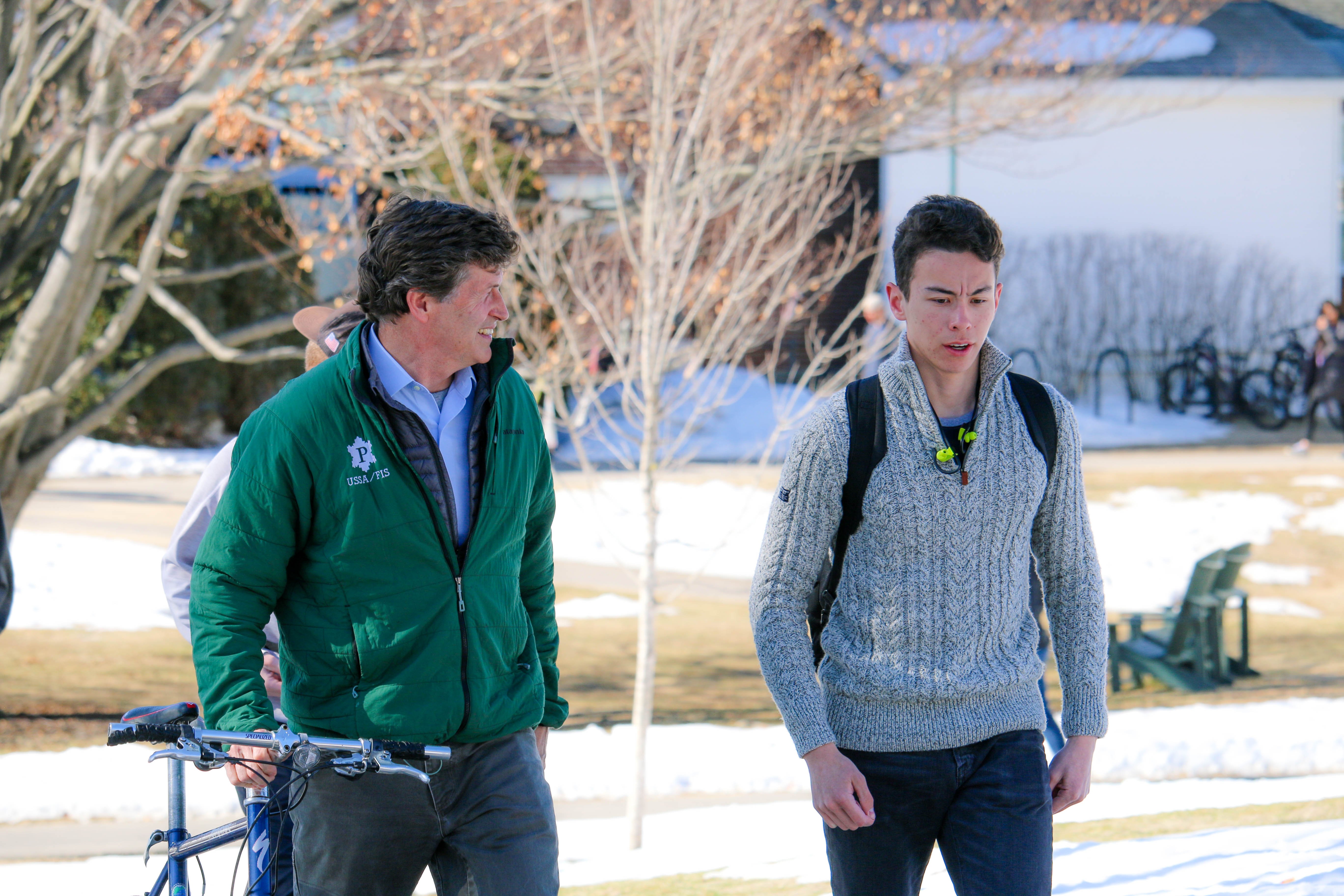 Still, there are lessons to be learned even on a birthday. And aren’t we at the school with live to learn, learn to live as its motto? A motto that is not just for students?  So when I look back at March 27th at the fall, the whoopie pie, and the dog with a penchant for art, there are some takeaways.

The first. I was on my way over to the ski area for an early morning ski. Why not? It would be a good way to start the day. Perfectly clear skies, great snow, and good to get a little exercise on the momentous day. I tossed skis in the back of the truck and went to the front to scrape frost off the windshield, stepping on a patch of black ice - the only patch in the driveway - and going down hard, a yard sale of a fall right in the driveway. Two thoughts in quick succession as I as hit the blacktop: So this is what the next decade is all about? Is that my meniscus that hurts so much? I pushed up and tentatively stood. Maybe I should pack it in? Nope, I was going to ski one way or the other, so I wobbled my way over to the ski trails to enjoy hard, fast snow and early morning light. There are a few rare days at the end of the season when the freeze thaw cycles have been enough to firm up the surface, creating a crust that allows you to ski anywhere, flicker across fields and through woods. This was that day. And this, I reminded myself, is what matters: you just pick yourself up and keep going, and sometimes you have the best days when you do.

The second incident happened much later in the day, after the cake in Maxwell Savage and lunch in the dining commons. Returning home late from a celebratory dinner in Vermont with Bets, I walked (limped) into the living room. Something was amiss. “Z”, our chinook, had that “Yup, but I don’t regret it”  look and her tail thumped the carpet. A quick glance around revealed crumbs and scraps of paper on her dog bed. The crumbs were relatively easy to decipher: whoopie pie. Totally my fault. A whoopie pie tucked into my briefcase, was all too easily found by a rifling nose and a dog always up for the non-traditional snack. But the paper? Bit of a mystery until I picked up the pieces and realized they were pieces of a painting I had been working on. Really? The dog has to be a food thief and an art critic? 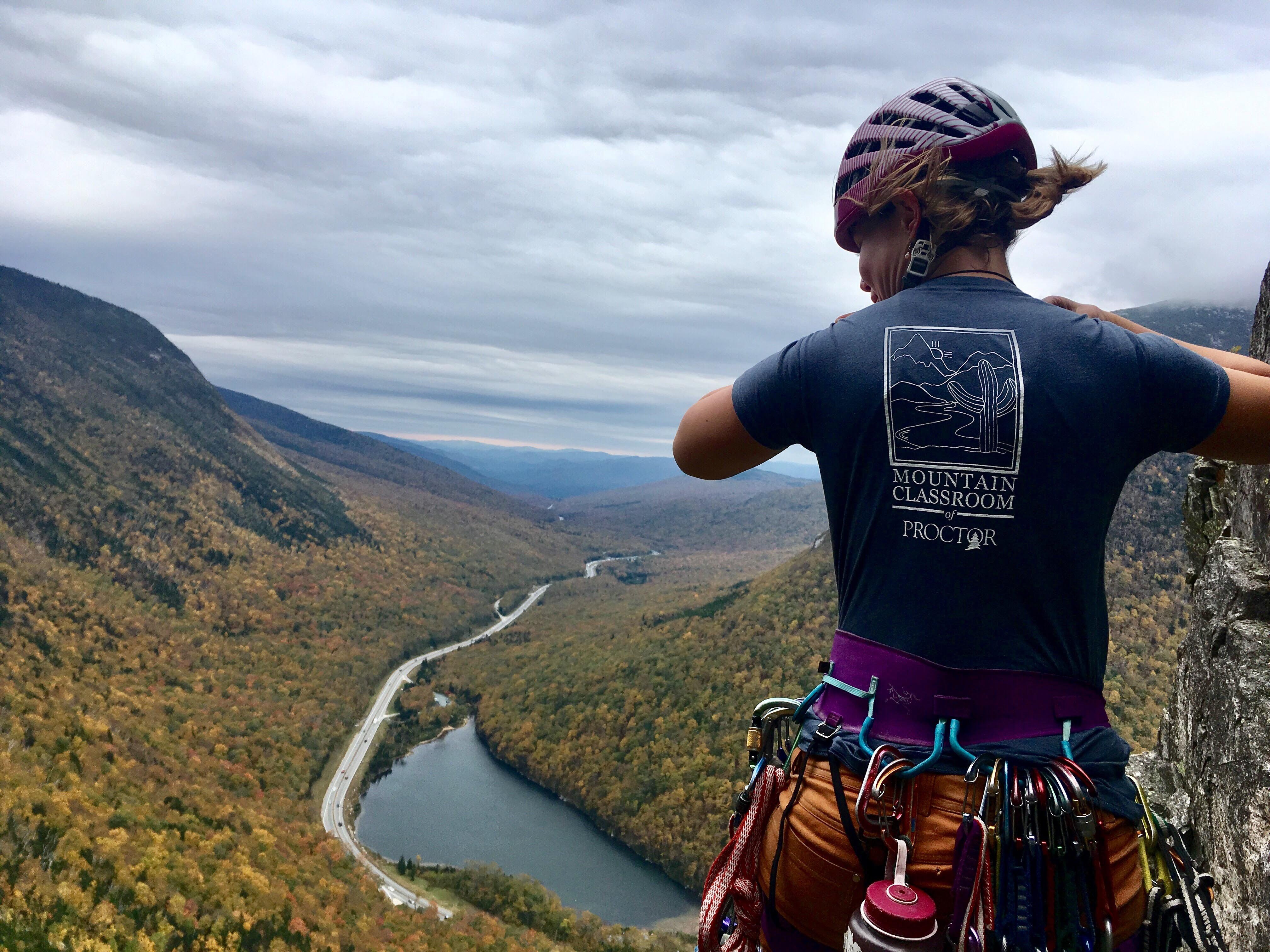 And then I realized the second and third takeaways standing there at 10:30 at night, crumbs and shredded art at my feet: I really didn’t need the whoopie pie given the new calorically mindful decade just entered; and, with scissors I salvaged snippets of the landscape (which I have included here as proof of what the dog left) to reveal the second lesson, which is that there just might be something worthy in the ruins.  So maybe the best presents on the day I’d prefer to have slip by unnoticed were the mindful lessons about pushing forward even when you are a little banged up, not getting too hung up on what you don't really need, and realizing that there is always a part that can be salvaged when the dog eats your art.

Living and learning - it’s what students and adults do at Proctor. Sometimes especially on our birthdays.