In Spain, France, Costa Rica, and on Mountain Classroom, the Winter Term rolls forward and those on campus all feel slightly left behind. What’s happening over there? Those lucky sophomores in the Cloud Forest of Monteverde, the artists who have landed in Aix, the Mountain Classroom students just coming off the river El Paso. They are out there, out doing. On campus the temperatures will drop to near zero this weekend. It is closing in on Jack London To Build A Fire cold. Those who feel the distant pulse of the off campus programs with the greatest poignancy are likely those who were off campus in the fall. They have left pitching decks and strolls across the plaza in Segovia for the icy, huddled, hunching runs across campus. That bond they felt, those adventures they were living, where did they go? 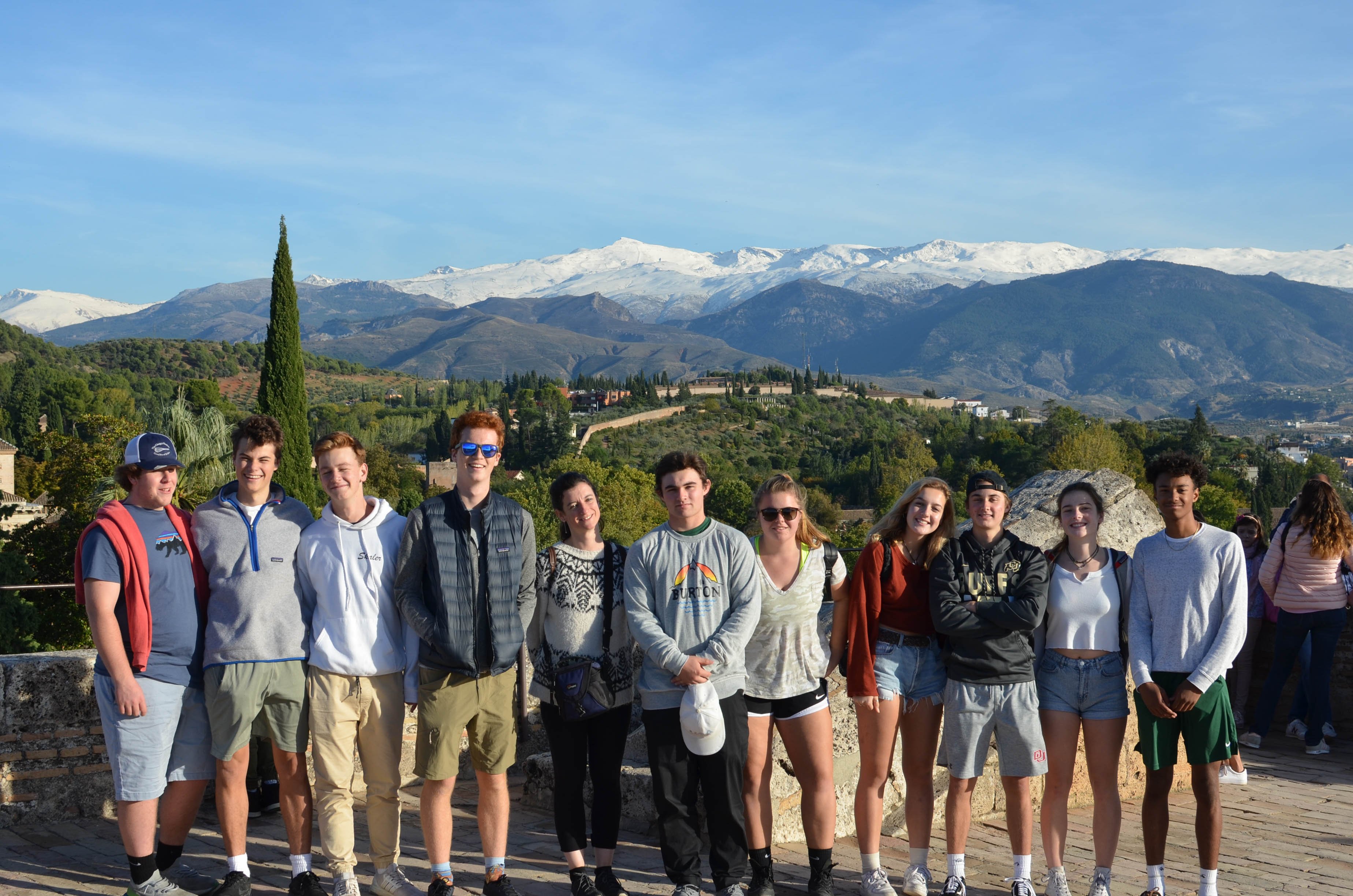 Earlier this week both the Spain and the Ocean groups from the Fall Term got together on Monday and Tuesday nights, respectively, to sit in front of the fire in our living room where they drank hot cider and hot chocolate and let the stories from the previous term spin out across the living room. What did I hear? I heard about the empty restaurant in Spain with such slow service that students were licking olive oil and salt off fingers, heard about the corner of deep and meaningful conversations (DMCs) in Segovia, the pillow fight in the square.

I heard about Hurricane Island and freezing swims in Maine, bioluminescence in southern waters, wake-up calls in the middle of the night, towering figures on deck. I heard about thunder and lightning storms in the tropics and Steve’s brush with a blue globe of electricity on his elbow. I heard about going to Spain with barely any Spanish and coming back with fluency. I heard about lost bus tickets, forgotten bags, and flamenco dancers.

The Ocean students stopped their storytelling to sing shanties, and for a while it felt like I shared the room with crusty salts just pausing until the next berth could be secured. Tommy called out lines; his mates jumped into refrains. It was just slightly, perfectly, off-color. The Spain students could not stop laughing as they skipped from one anecdote to the next to the next - squished tangerines, fearful horseback rides, an 18 mile day on the Camino, the world’s fastest talking  ice-cream man.

I suppose if we had done these gatherings right after the trips had returned it would have been different. It would have been too fresh, too recent, and sometimes it is just better to let a little time pass so the poignancy sharpens. These off campus experiences generate the kind of stories that stitch moments together so they stand in sharp relief to the general, gentle roll of days and weeks. They provide contrast, shadow, almost a Caravaggio-like chiaroscuro effect as when shafts of light pin a subject against a dark background. They remind us that we need this - the stories, the connections, the laughter, the recollection of the shared hardships that come from these wild educational capers. Such moments shape lives, but the retelling and recollections remind us to never lose that shape.

It was good to see that happening this past week, and it also reminds us of all that is happening off campus these days as we bundle up for another brisk, invigorating stroll through a January morning.