The warmth of the last couple of days, the cascade of snow melt off roofs, the pooling of puddles, the coils of mud from boots and tires speak to the change. Jackets are left behind; t-shirts are worn at the ski hill. It feels like a warm April stretch, not the third week in February. This weather change has resulted in the collection tank being muscled out of the barn and into the bed of the woods truck on Thursday. It has pushed Dave Pilla to start hooking up the collecting lines, hanging buckets, tapping trees. The sugar season is here. 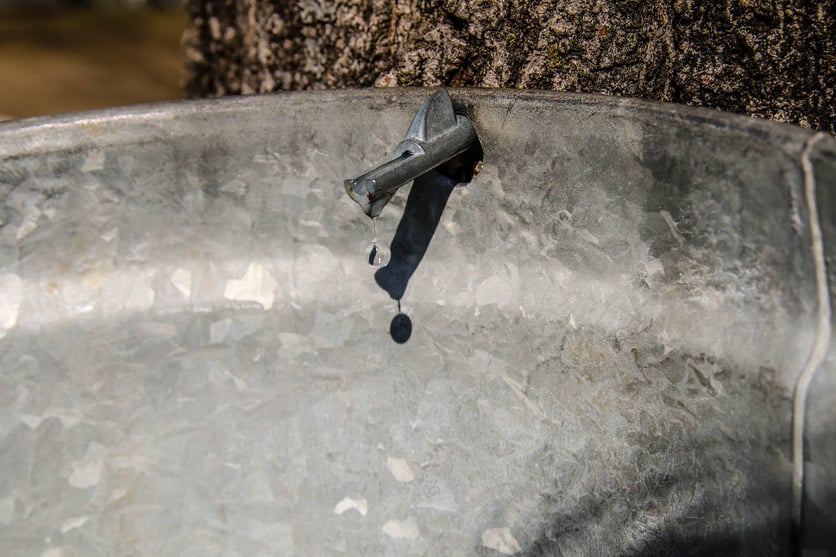 I remember the first time I stepped into a sugarhouse. How could I have imagined it? In those days my family lived in New Jersey and New Hampshire’s winter seemed pretty much like one swirling snowstorm after another, punctuated by bone rattling cold. I must have been 14 and had never seen steam billowing off an evaporator or listened to a true “rolling boil”, never heard the quick pop of softwoods and the slower roar of hardwoods in a firebox that big, never seen the sheeting sap ready to be drawn off as syrup. At 14, I stepped into a sweet fog, mystical and transporting.

It’s early this year. I can’t remember a stretch of weather like this in February, the sidewalks shimmering and the sky a heavy blue, sagging with heat. The trees stir, the sap rises, and the sugarhouse, dormant for so much of the year, begins to see life. Next week the buckets will hang on campus sugar maples and the translucent collecting tank on the back of the truck will ferry sap from the ski area sugar bush and campus trees to the renovated sugarhouse. This week a new evaporator will be fired for the first time, clear sap running through shiny channels, a cycle reborn and continuing at the same time. 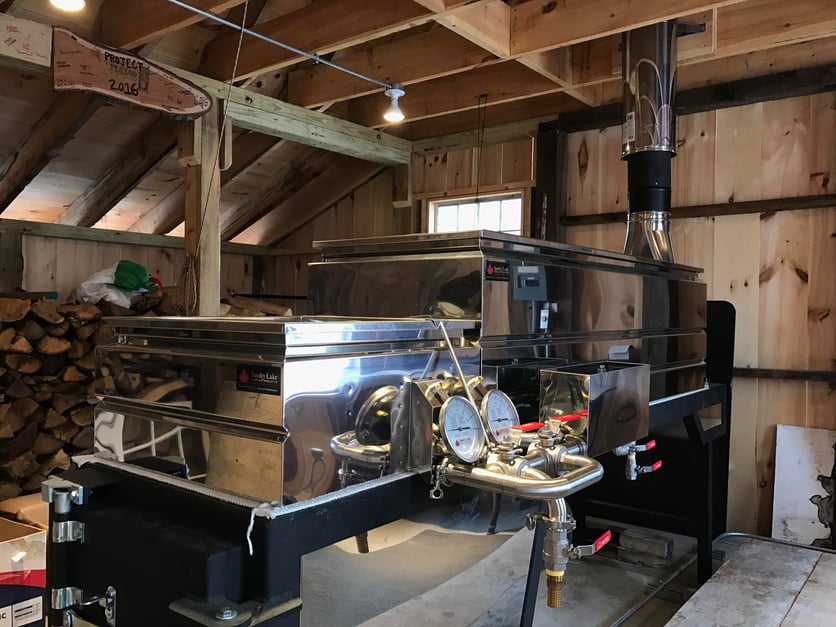 The first time I stepped into a sugarhouse I realized something about tradition, hard work, and landscape. I realized that there were secrets to be teased out of the woods, lessons to be learned, work that could yield nectar in a thimble. I realized simple wonders could be impossibly sweet. Those lessons all come back this week, a reminder for those of us who have seen this season before and stepped through the doors of a sugarhouse, but new wonder waiting for those who haven’t. 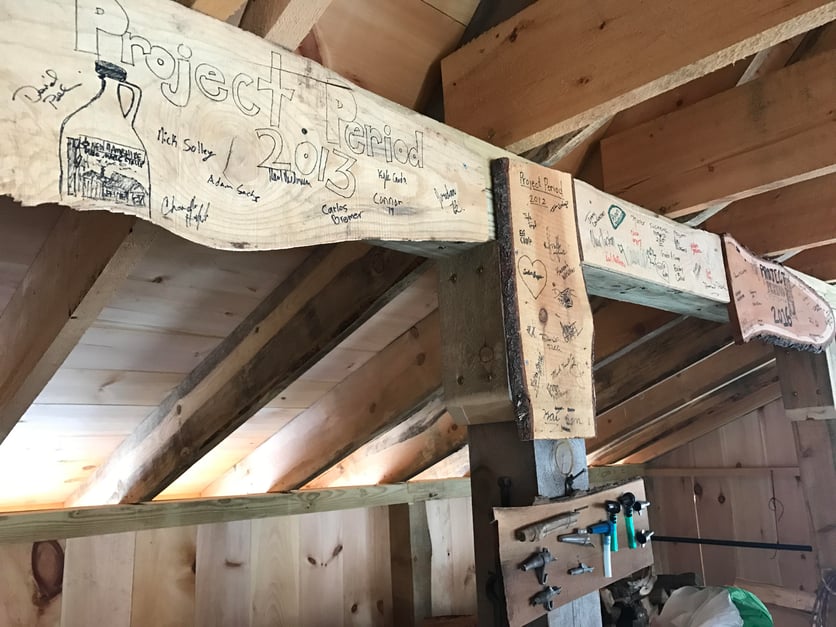 The magical swirl of this year's sugar season is here.