Sometimes it all just seems to fit together. Everything runs smoothly. We walk into classrooms, the gym, the dining commons, our dorms, and it all flows. The lights are on, the floors are clean, the temperature is comfortable, the food is ready. The hours of the days shift smoothly. There’s order. Students and faculty do their best work in this environment, and often it is because of the infrastructure of support that we often don’t see. But we should. 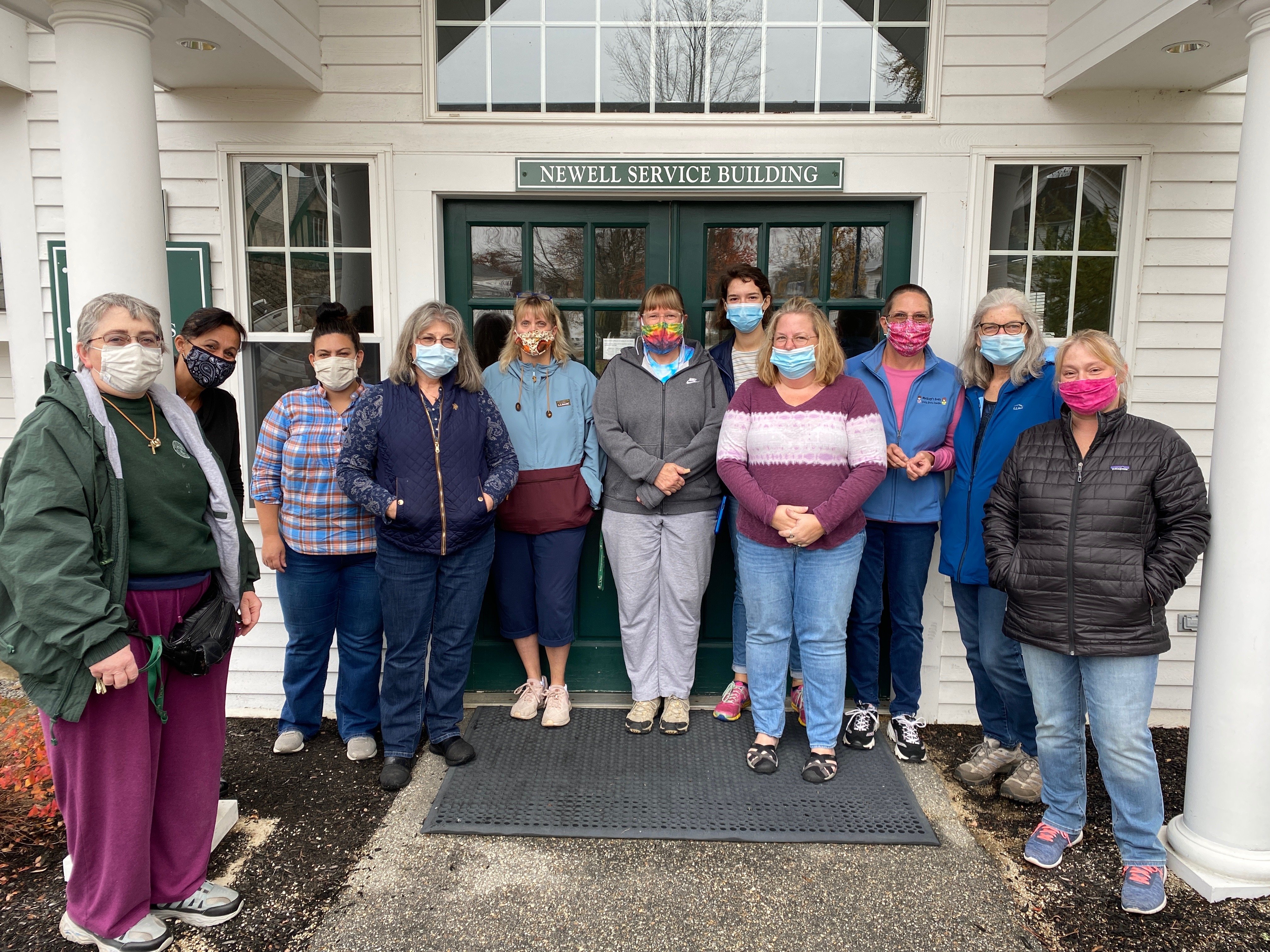 Take Housekeeping. Diane Benson, the head of the department, arrives on campus, most days before anyone else is up. Hours before. The other night she started cleaning in Maxwell Savage shortly after 1:00 a.m because she was shorthanded so she covered the gap. Those clean rooms? They don't just happen. That sand doesn’t vacuum itself up. The paper towel dispensers don’t get their new rolls themselves. Someone has to do that, and often that someone isn’t seen. Rarely does Diane arrive on campus after 3:00am. We should be aware of that. We should walk into every clean space with a sense of gratitude for all that she and her staff do every day.

Yesterday morning I saw a cluster of Maintenance vehicles around the Community House, and when I walked in and went down into the basement there was a scattering of tools and the floor was wet as though water had leaked from the floor above. When I went up and  peered into the bathroom on the first floor, the toilet had been removed. Then Dana Newton appeared around the corner to grab the drain snake. “You know when I show up with this, it’s not good.”  He sussed out the problem, first with the snake and then down in the basement by “tunking” the pvc piping that went through the foundation. “When it’s plugged, it doesn’t have that hollow sound.” Turns out the pipe had frozen and cracked. It will take a while to make that fix, but he will get it done. Just like everyone on the crew does every day whether it’s changing MERV 13 filters in the dining commons or sanding walks or bringing the wood chip plant back online after one of its temperamental fits. They get it done.

The undercurrent of care that keeps this and so many communities together and functioning is not magical. It’s committed, knowledgeable people who know how to work hard and who are critical to the Proctor family. We can do more to pay attention and acknowledge those who make that happen. When the coil in the heater froze and busted Monday night, one of the classrooms in lower Maxwell Savage flooded and it wasn’t the faculty member who uses that classroom who stopped the leak, pulled out the split coil, and rerouted the line so that other units on the line could keep functioning and dispense heat. It wasn’t me. It was Mike Merritt and Justin Truchon who waded into that one. When the dining commons opened last night to a steady stream of students coming in to enjoy waffles, macaroni and cheese, and fried chicken, it wasn’t the Social Science Department or the Arts Department rolling out the racks of fried chicken and running plates through the dish machine. It was the kitchen crew working their magic. Just like they do every day. 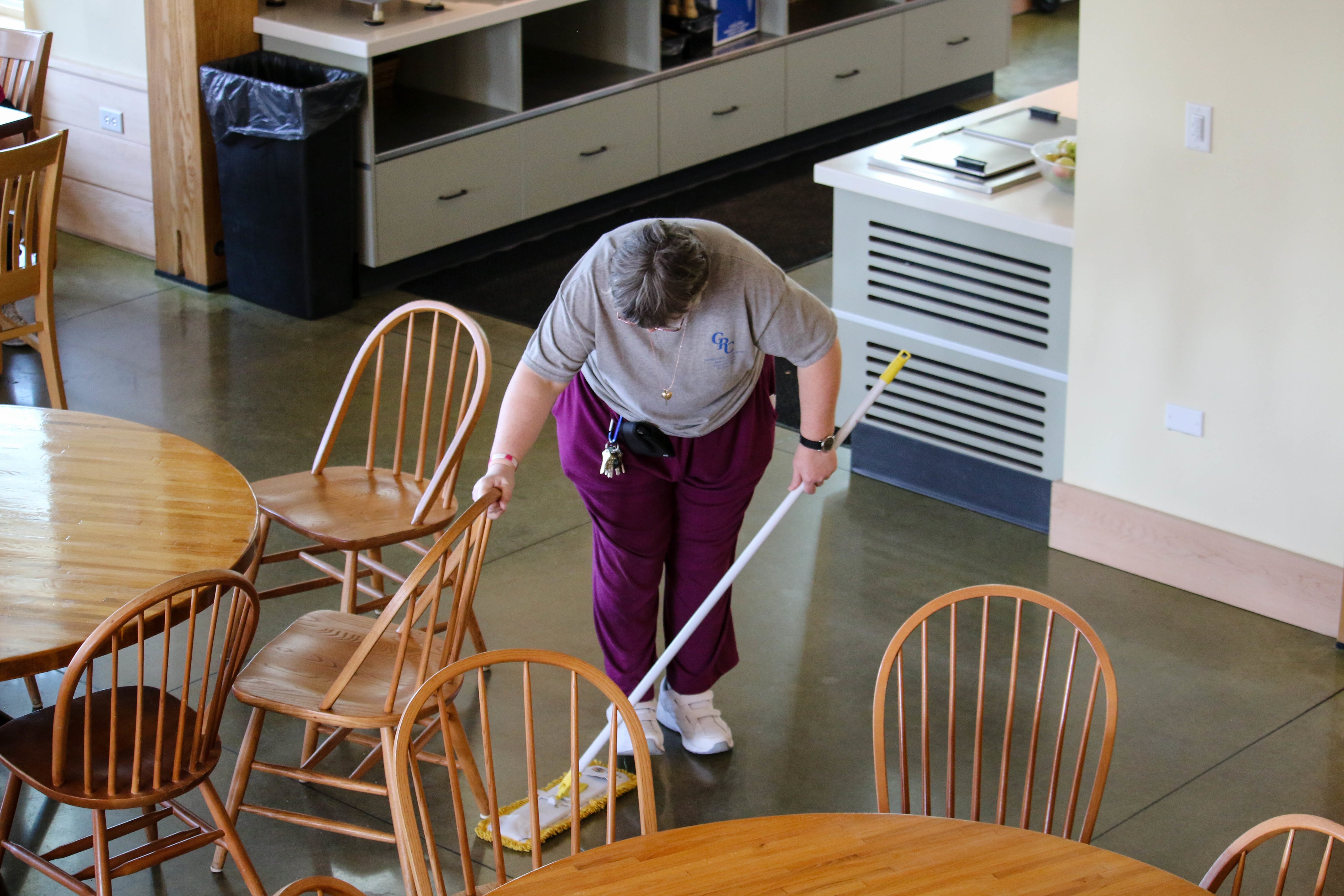 On any given week, on any given day, in any given department, this kind of work is happening quietly, relentlessly, and effectively. I find myself at the end of this week not only with a deep appreciation for all who make this community happen, but also wanting to deepen my awareness of what typically goes unseen.