Mike's Notes: The Soul Corner of the Norris Family Theater

I’ve called these places soul corners in the past, the pockets where energy coalesces in a particular way to reveal something of a community’s heartbeat, its delight, its potential. They are not often manicured spaces, prim and dolled up. They have an aura of work surrounding them, of student effort expended and adults guiding. Slocumb is one of those spaces. The tech lab, the woodshop, the machine shop, the forge - all soul spaces.  So, too, is the Norris Theater with its paneling, the wooden beams that hold up the grid, the scene shop. It’s one of those spaces that invites lingering. It’s calming and energizing. It’s a place of music, of singing, of acting and set magic, of students making birthday announcements and game recaps. It’s a place of laughter and sometimes somber talks. It’s one of those places that makes Proctor…well, Proctor. Here’s some of Thursday’s energy.

Vienna and Hitch run assembly, and I can't recall newly elected student leaders doing that in my time. It bodes well for next year. Kaia announces the results of the cycling race and somehow omits that she won both the A race for the girls but also the B race for the boys, a significant omission by a humble athlete. Drew stands up to clarify the details of this stunning performance. (You get these moments in the Norris.) 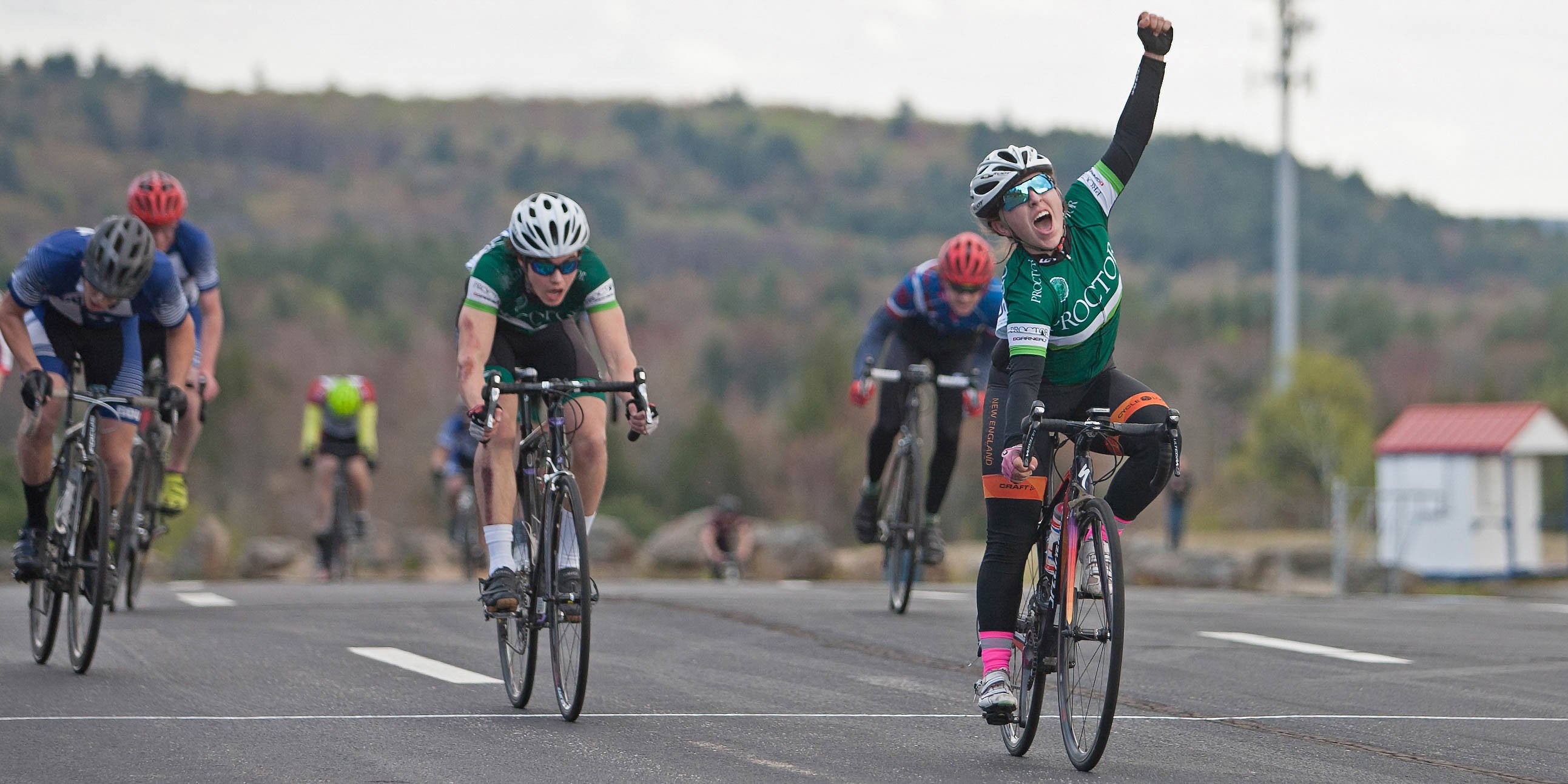 And then there was the Pete Talk by Alex, one of the most well written, well delivered self reflections I have heard by a student. Ever. It was a lyrical paean to community, a tribute to a lost parent, and an account of sorrowful wandering, imperfections, and the temporary balancing acts of denial. It was all soul, all honesty, and difficult to share. It was Proctor at its finest, the kind of thing that happens in this community in that space.

But the day was not over.

I returned to the theater last night for the dress rehearsal of Once On This Island, a musical about class and love and the seeding of hope. It’s a musical that transforms the Norris Theater into an island with sand (a bucket brigade by the cast and crew dumped five yards of sand in the theater) and the ocean (I hesitate to think about how many hundreds of gallons of water are sloshing about on the stage).

It’s a zen set, perfectly balanced to compliment a storyline that is  both complicated and simple. And the story, as it unfolds, allows different students to step forward: Tori, Maddie, Dylan, Margaret, Genevieve, Daniel, Tahg, Marshall, Ryelle, Britta, Essence, Carlos, Brynne, Nelson, Avery, Paulina, Ezra, Bria, River, Sam. How do they do what they do? Sing, dance Gavin’s choreographed moves, tease the story out from the shadow of the script? Behind the action on stage the crew of Amanda, Cedar, Stewart, Kaley, Hailey, Nancy, Neal, Grant, Ellie, and Tristan have worked behind the actors in roles essential and so often unseen. 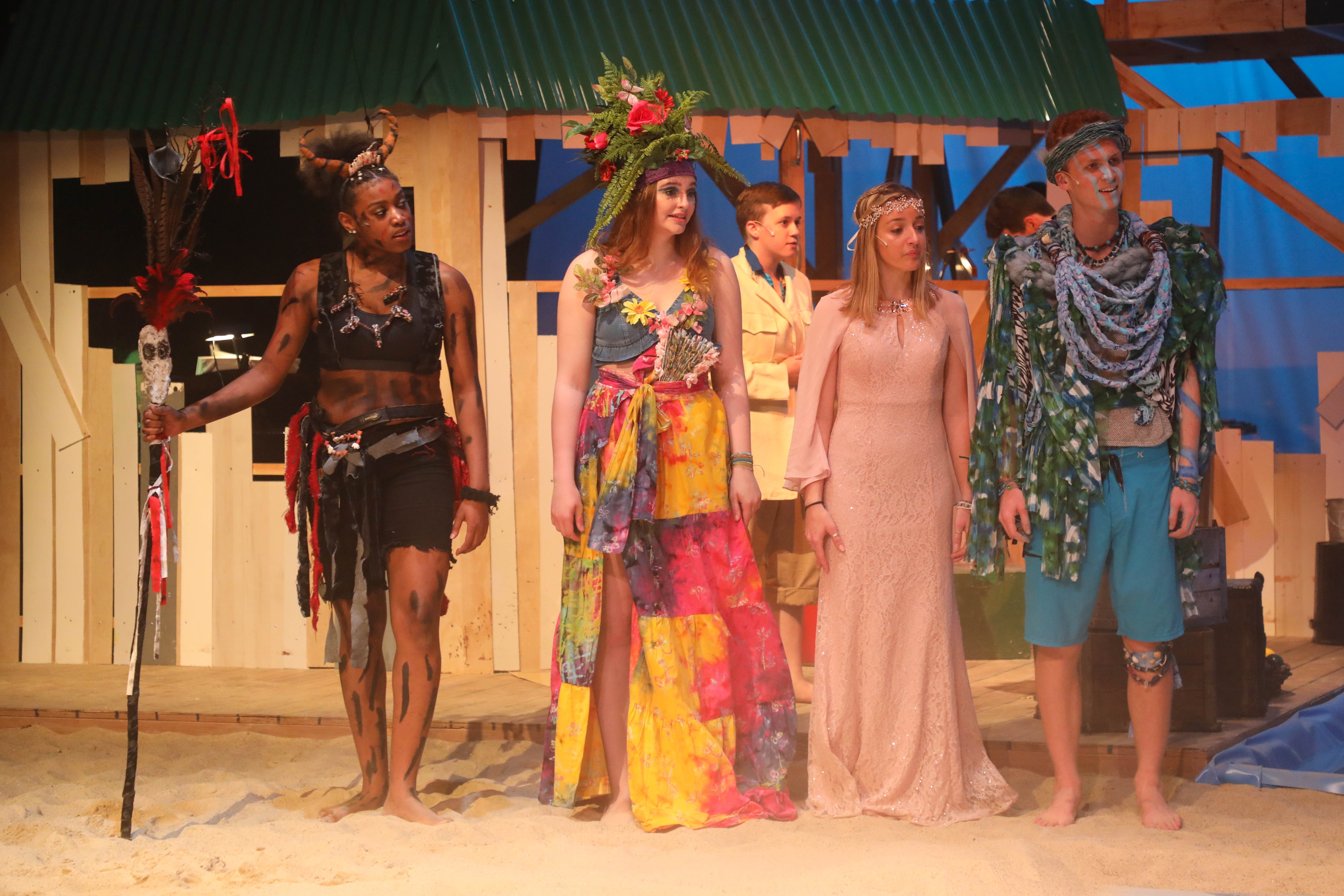 All these moments come together in the Norris, a platform for possibilities and the excellence that community can be. And that was just one day!  If you are on campus Friday, swing through. There will be an art show this evening, followed by the opening night of Once On This Island. Check out the beach and the ocean while letting yourself experience some of the magic that community can be. 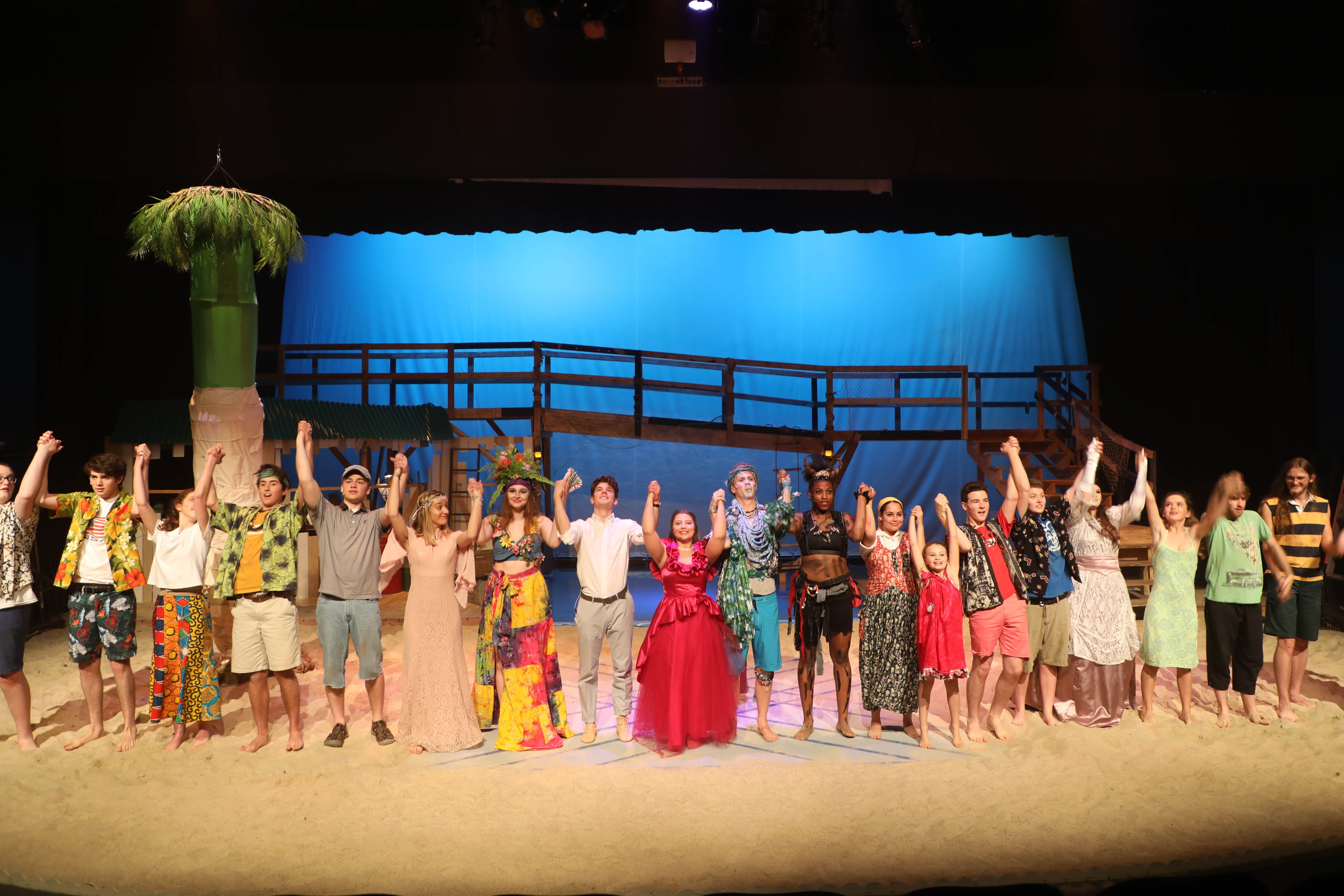 Take a dip in one of the soul corners of Proctor.