No one likes it when it happens. You are trying to get from point “a” to point “b” when the roadways slow, traffic thickens, and momentum ceases. The flicker of tail lights ahead signals the change. The speedometer drops. Drivers start playing games with lanes, shifting from left to right trying to gain fantasy momentum and the driver’s equivalent of a first down. Someone thinks they own the breakdown lane. Waze is consulted, alternate routes are sought out, the music doesn’t quite elicit the same travel vibe. Stuckness descends. 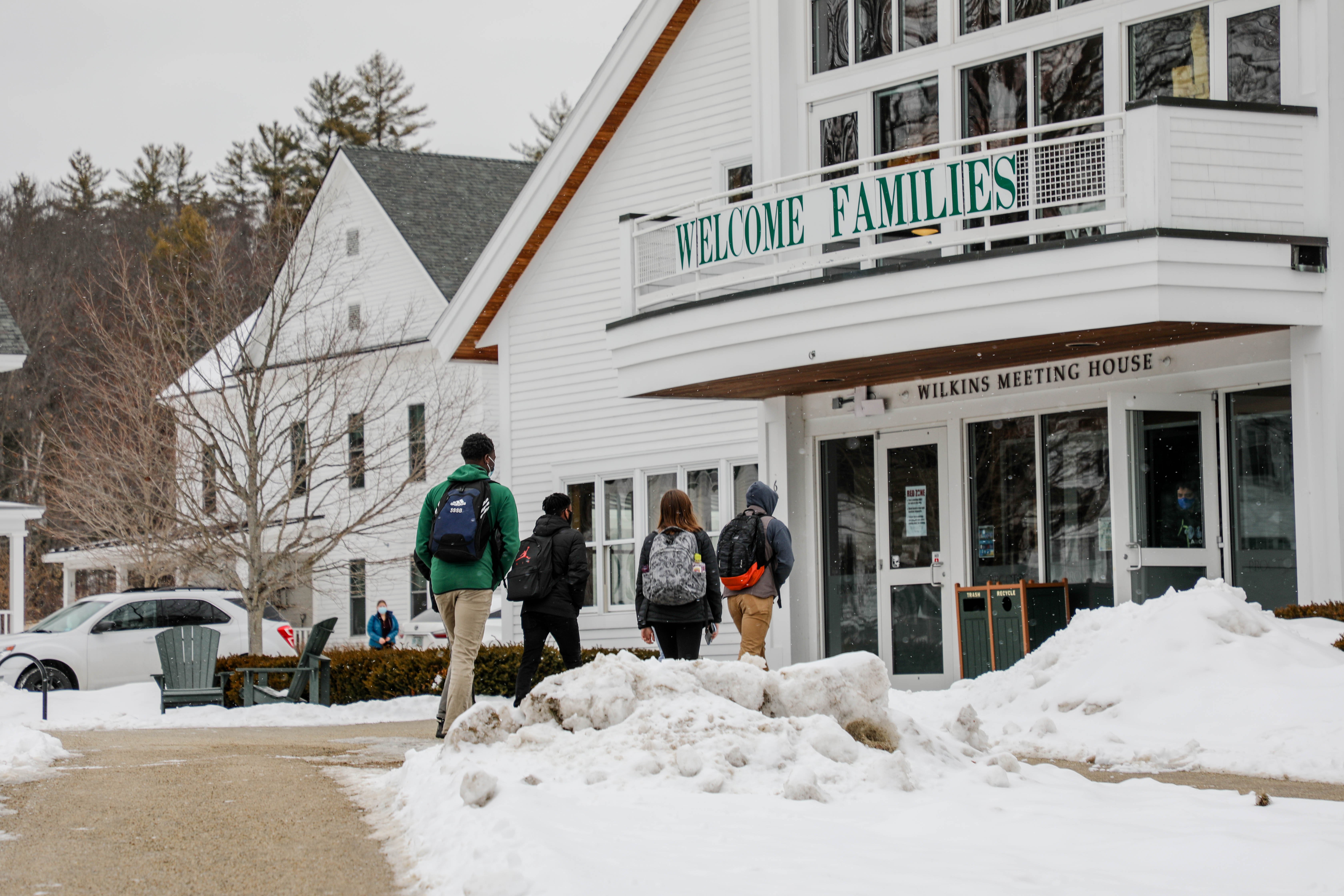 It’s been like that this week, a stop and start affair. It has been frustrating, worrying, exasperating. We have heard about the traffic stacking up in the Covid landscape, but it hasn't happened to us. At least not until now. But this week has been different. Every day has brought a jarring shift to the rhythm of the week as we have toggled into and out of phase one and phase two. It feels like we are stuck in first and second gear and can’t quite shift into third or fourth. Not at all. The Health Center emails and phone calls trigger worry and the realization that, once again, we are going to be upended. Contact retracing happens, meals get delivered to dorms, remote classes crank up, and community energy throttles down. We miss the sidewalk flow, the lunch buzz, the afternoon activity release, but we also know it could be worse.

In stop and go traffic patience is key, and it has been key here as well. We could panic, throw our arms up in despair, and embrace the fatalistic belief that this is never going to get better, but that’s not us. The worry is real, but so is the planning and so is the realization that we can do more than we thought we could. When the call came from the Health Center Thursday afternoon that one of the pooled saliva tests had come back positive, I watched an amazing team of professionals immediately get to the task of determining who needed to come to the Health Center for a PCR test, collect supplies, send out emails, make and receive calls, don PPE, and move through the task. Within minutes - I was sitting there watching - the first students showed up at the door. They knew the drill and what to expect. They figured it out and rolled with the change, as did the rest of the campus. Phase one? We’ve been there before. There are two lessons that have come out of this week’s gridlock. The first is that our students (and adults) are adapting quickly. Yes, it’s rattling, but they know what to do and they are calm. They show up, get tested, and move on. They go to dorms or home, they get on line for their classes. They don’t pitch fits. They don’t crumple. It’s impressive. The second lesson, a little tougher to accept, is that Covid-19 is far more pervasive than it has been before and it is literally knocking on our door every day. It’s powerful reinforcement to do the right thing when we are outside of this community, and to do the right thing when we are operating within it. To take this seriously, always, while knowing that still might not be enough but it is certainly going to better the odds that we can find a more normal rhythm. Get going again. This week has tightened us up. We have gotten better at adapting and rolling with the Covid stop and go landscape. We’ll continue to adapt, and we will continue to assess the threshold of what is tolerable in the community. If we have two more weeks like the one we are just completing, it’s going to get rugged, but my hope has to be that we will get better at doing what needs to be done and we will return to a more normal community flow.