It was a breakfast joint that will remain nameless, but I can still see the coffee maker over Matt’s shoulder, and the way the waiter slipped it easily off the hot plate and filled mugs, replenished hot water for tea, scribbled an order on a small pad of paper; scrambled eggs with jack cheese, corn, hash browns and cilantro. Heaped plates, a pile of fresh fruit, toast. The tables shouldered up against one another. The kitchen about the size of a generous baker’s table. It wasn’t an airy place, but it was a comfortable place, a good cafe, an excellent breakfast spot. It was the perfect classroom. 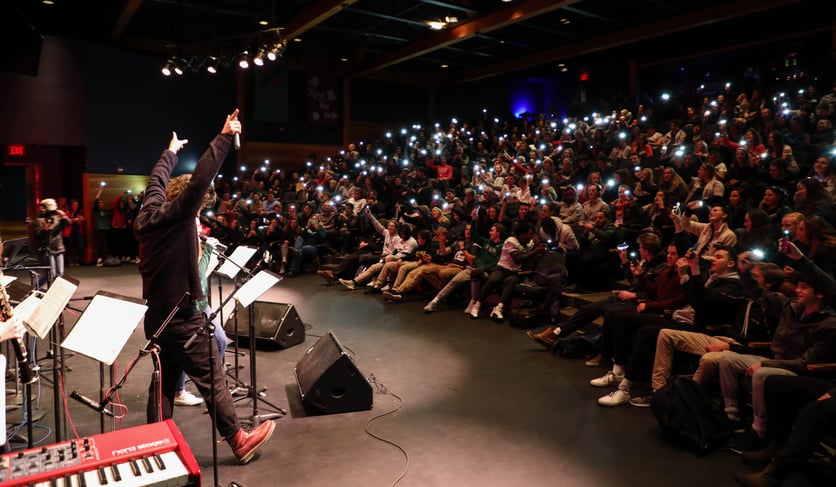 I was on the road with Director of Development Keith Barrett before the Thanksgiving break and we were catching up with Matt Nathanson ‘91 in San Francisco, listening to him talk about the process of songwriting. In a good way, going “off” on the process. It was like sitting through a seminar on the history of songwriting all jammed into a tiny cafe lecture hall and all bunched into about two and a half hours. Fascinating. Raucous. Funny and profane. Three weeks later the micro-course takeaways sit with me, condensed into a single word: collaboration. The word is like that bit of beach glass, a single chip of blue or green, jewel like, that you find on a walk on a shoreline that could be in Maine or Florida or Mississippi, a piece that sets the day into a memory that you don’t lose.

The common way to think about a song is to think that it is the product of the artist who solely created it, Joni Mitchell, Bob Dylan, Paul Simon, Billy Joel, Prince…Matt talked about them all, and he talked about them as being the exception: the songwriters who wrote the majority of their songs themselves. The soloists. The exceptions. Rarities. The geniuses. Matt picked up his mug of tea and leaned back, sparkling with names as he drifted through an outline of how it works for most artists, himself included. The ones who collaborate. The ones who need and welcome the jostling of ideas beyond themselves, the majority who seek partners and people who might shift the chemical and creative tides. The collaborators. There is a richness that come through this process, an opening of pathways that might otherwise never have been revealed. After a while, you get tired of working with just yourself. You need and want more.

It’s applicable at Proctor.  We want our learners to be collaborative. We want them to be able to function in teams, to be able to leverage the talents of those around them. It’s a skill, a necessary one. But what I think Matt was talking about was a more joyful process that unlocks both song and something within the individual. It wasn’t a task, it was a journey, a piece of unlocking that when you found one piece you wanted to find the next and the next and the next. Finding the capacity to collaborate in that fashion, is, well, a gift. A rare one. 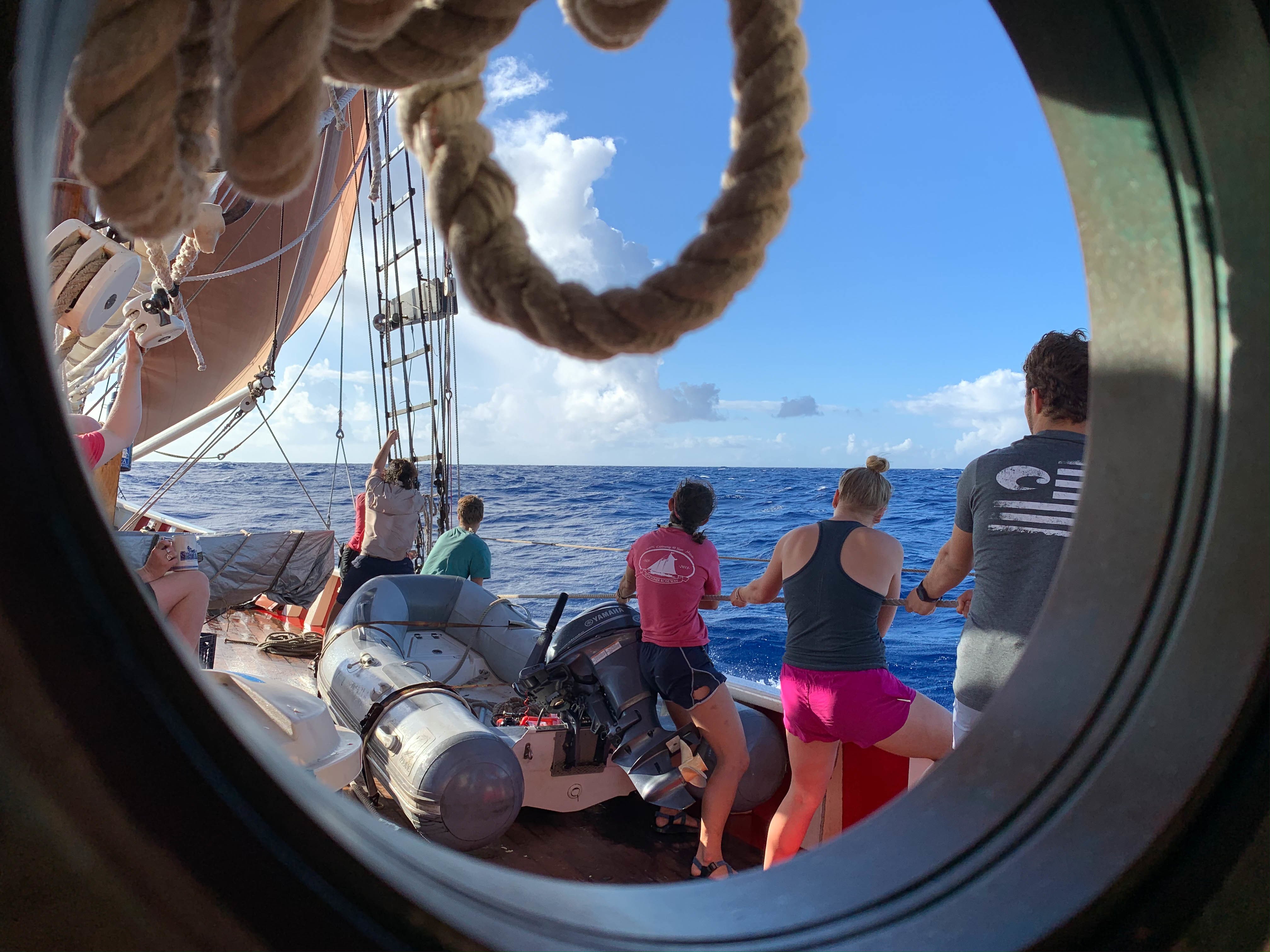 As Matt described it, the process of this collaboration was the process of unlocking what it means to become fully human, to become aware of connections, not just of the one you are collaborating with but of an overarching interrelatedness. Universal synchronicity? Something like that. It’s not forced upon you like a task. It’s work, but it’s also wonder. When students light up like that, when they find a path of inquiry that sparks this innate curiosity and desire to learn that is intrinsic, you know their life is going to be enormously fulfilled. They are going to be the best of collaborators.

The breakfast lesson. I don’t think I will forget the scrambled eggs, maybe the best eggs ever, but I know I won’t forget the conversation with Matt. As a side note, if looking for a good podcast on the evolution of a song? You might want to check out Malcolm Gladwell’s Revisionist History,  Season 1 Episode 7 “Hallelujah.”