Mike's Notes: The Path to Self-Authorship

As someone who is relatively - maybe completely - incapable of carrying a tune (I’ve been told I couldn’t carry one in a bucket), who dodged requisite instrument lessons as a youth with artfulness and guile, and who only much later (this year) started tinkering with chords on a piano, you’d think appreciation for the individual and collaborative journey of musicians might have eluded me. Not so much. It’s more a sense that I didn’t carry that “gift”, that innate wizardry the musical seem to possess enabling them to hear and see the intricacies of beats and rhythms and to speak in that language, but that doesn’t translate into a lack of appreciation. 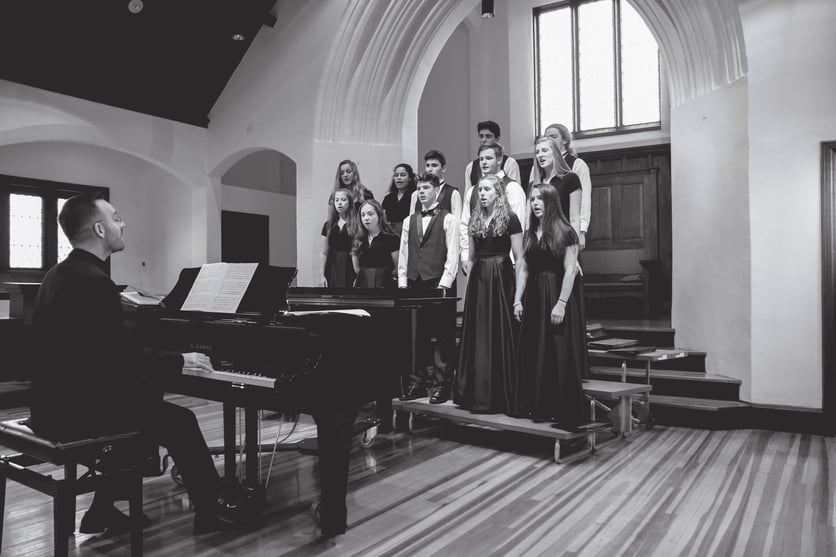 Bill Wightman, Rob St. Cyr and I, we talk about the power of music to teach collaboration, self-awareness, and confidence. They have watched students pass through the music studio or stand on the risers in the chapel over years. They have watched them put in the practice time to learn the notes, the chords, the words and seen a corollary confidence emerge. It’s not that students were lesser before music, but more the sense of them becoming more wholly who they are meant to be. If Bill and Rob had their druthers, there would be a lot more music in the lives of all our students. It’s hard to disagree. 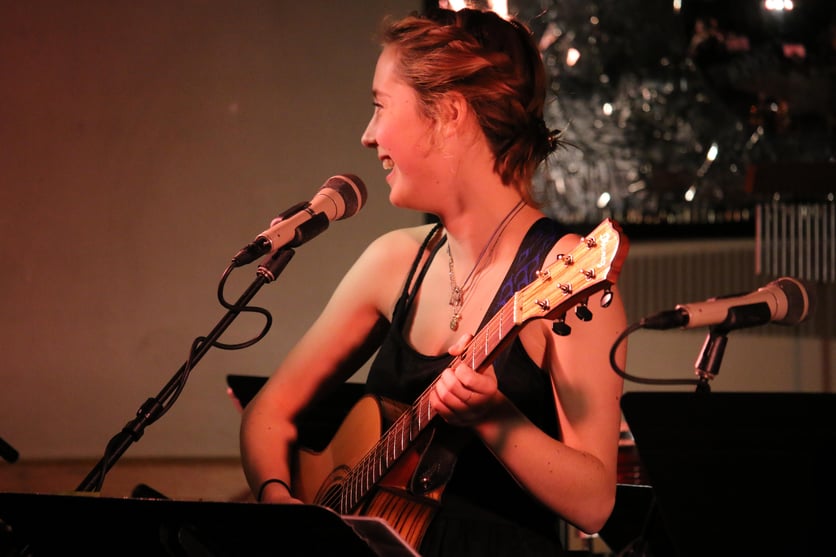 An example of that student stepping wholly into themselves? Kevin Oh. The piano, the trumpet, the cello, the guitar -  Kevin has played them all, beginning when he was four or five. He has sung and won national competitions in South Korea. He started out performing classical music but gradually and definitively drifted to rock and the guitar. These days he listens to and plays a lot of John Mayer and he can go on with evangelical passion about the song Stop that Train. These days he doesn’t so much read music to understand what he needs to do with a song, but glances over it and then finds what’s right for him and trusts his instincts. He has that gift that emerges with 10,000 hours and he likes to share what it is he’s found. He likes to be in conversation with his guitar and the audience. “It’s a different language, a different way to communicate.” To listen to Kevin talk about music and to watch him perform music is to believe that it has allowed him to step more fully into that authentic skin of self and to be more fully alive.

There’s that wonderful short story by James Baldwin, “Sonny’s Blues” with its ending description of Sonny playing on stage with a group of musicians. The final paragraphs wrap up the journey of trials and tribulations and hardships of life and music and the eventual tentative and then more confident steps into self authorship and being. That’s what music does. Creates an opportunity for self-authorship and sharing that I see in Kevin and so many of the Proctor players who are starting or well on the way of their musical journey. It’s what Bill and Rob talk about, and it’s what you can get an inkling of if you sit down at the piano or pick up a guitar. Even if you only know a chord or two.