Whenever I find myself in the presence of wisdom - not perfection - I try to listen carefully. On Monday night in the auditorium, I felt like I was listening carefully. I found myself reaching for a pen and scraps of paper, repeating lines, wishing a talk would go on, scribbling notes to myself. Listening to Mr. Azzi share his experiences in the Middle East, share his experience of faith, share his experience and dismay of watching interfaith communities shattered by war and factionalism. He was not defensive, not offensive, simply a man opening up about parts of his life and spiritual journey, and clearly saddened by the way faith – all faiths – can be perverted to purposes of power rather than purposes of gradual, individual awakenings. He reflected about how they are twisted equally from within just as they are misunderstood and manipulated from without. 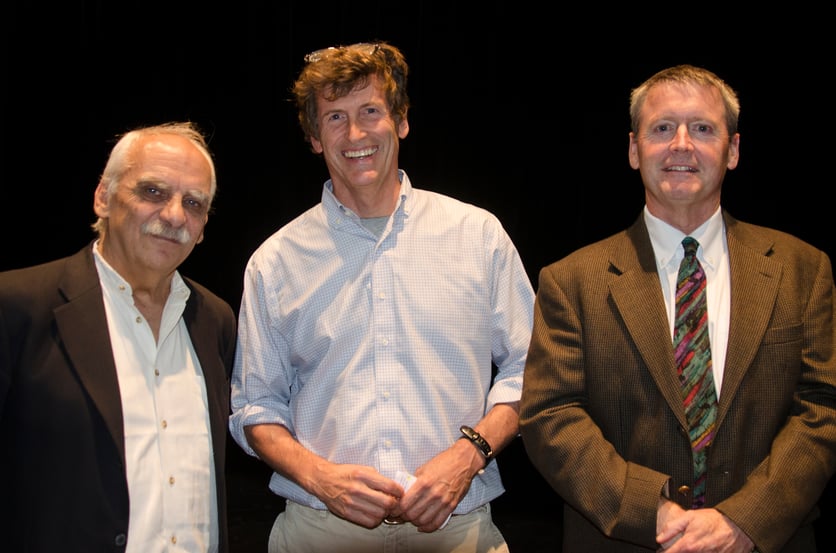 It was also a night of listening to Mr. Azzi articulate the struggle of one who feels the shifting landscape of tolerance, as tolerance always shifts on a continuum not of any one individual’s making. There he stood on the stage, one graceful and wise man, trying mightily to start the swing back. It was a powerful moment, a powerful reminder of what it takes to keep a community whole: courage, tolerance, wisdom, open-mindedness, acceptance, and calm.

What an odd transition to go from this moment to the Presidential Debate, the two candidates on stage, a “sometimes” moderator, rants about emails and audits, law and order, stop and frisk, treaties and trust. Republican and Democrat slugged and counter-slugged, leered and laughed, while somewhere off-screen commentators marked the fight cards. As a watcher, as a voter, I waited for the wisdom moments, waited to jot down insights, waited to be inspired. I waited for that voice that might help unify and heal, tamp down those emotions smoldering and ready to set fire to community. Any community.