This has been emotional. Tuesday night I was walking past Carriage House and saw the blue lights of television. In one common room a hockey game was being watched; in the other, the CNN election team was parsing results. I thought interest in the election might track that way – spotty and easily distracted and redirected by a good Bruins game. I was wrong.

Feelings have been running high this week, with some in the community pleased and some deeply worried. Many who thought the election would go in Hillary Clinton’s favor woke to Donald Trump as the next president of the United States. It was disorienting, unexpected. The juggling to navigate emotions, understand the meaning for the country, and focus on the work of the day and the week has been a tightrope walk.

What we know about teaching and learning is that every experience is a learning experience, so for two years the general public was watching and learning. One thing is clear: this was the ugliest, bitterest, most vicious election cycle ever witnessed. What class was this we were all sitting through? What department? What university? We all heard language that we hoped would never make it into a public forum – ever. We saw crowds tiptoe along the precipice of mayhem. We heard groups demeaned and demonized. We heard calls to lock one candidate up. We heard about potential sexual assaults perpetrated by another candidate. Everything we hoped never to see from a leader, we saw. It was not OK. 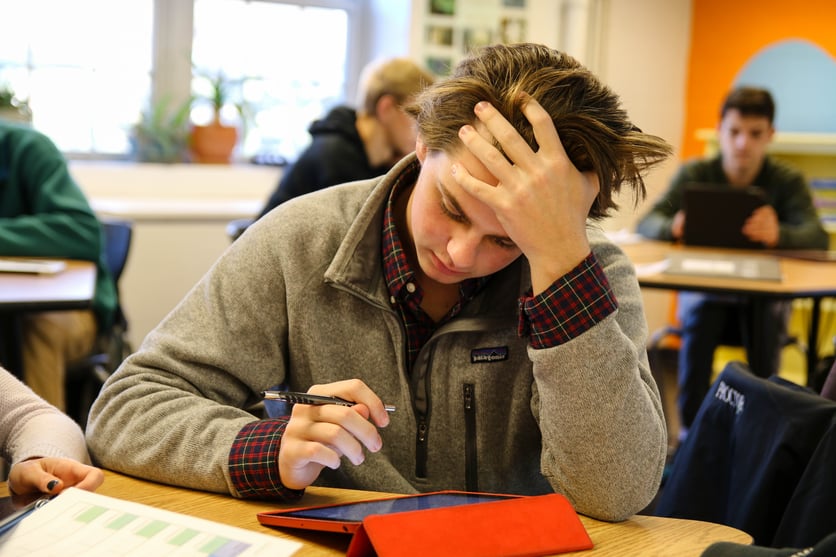 In the aftermath, I am mystified. When an election is over and politicians ask us to forget, and see the contentiousness as just part of the game, that comes across as condescending and demeaning. We are a school and know something about the commerce of words. We know that when snarling fills the airways for over a year, significant damage to the social fabric is the result. We know dark mass accrues. So it rings a little hollow when candidates beseech us to come together, to heal, to forget all that was said in the past and to look to the greatness of the future. Clinton is graceful, Trump is graceful, and Obama is incredibly graceful, and the markets go up. So has the violence and fear on campuses across the country.

Words can be hard to forget. Healing will take time. It will take action. It will take compassion. It will take reaching across the aisle to pick the other up, and it will take compromise. We watch keenly at the end of this election cycle. We start to watch transition teams assemble, hear about White House meetings, and wonder this: what is the next lesson our politicians will teach us?