It may have been the last jog through the woods before snow, a slow amble up from behind the tennis courts on Tuesday afternoon, the woods offering quiet solace in this transitional time between seasons. Up over wooden slab bridges, past the cut off for Wilson’s Wonder, up to Mud Pond and the Adirondack shelter. The dog rustled through the fire pit looking for bits of what? Marshmallow? Graham crackers? Scraps of discarded oatmeal from Wilderness Orientation? In the shelter, wood duck houses that students built were stacked, waiting to be set up later in winter. 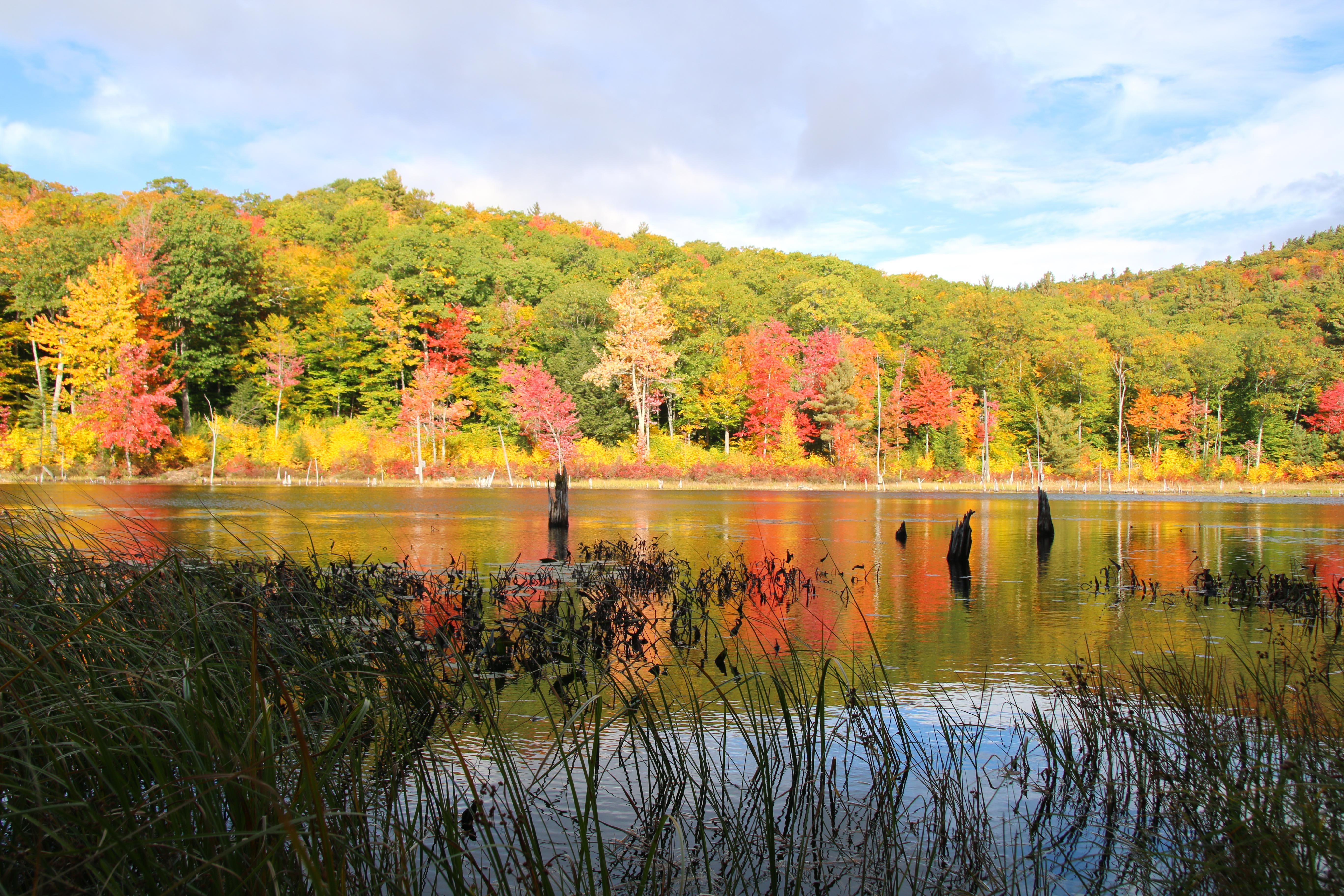 Fingers of thin ice crept out from the shorelines, and surely by the time of this writing the ice has completed its lacework covering of the pond: winter joins us early this year. I inched along the shore to a beaver dam, found the perimeter trail that few use, and continued on with the dog.  When had this trail last been hiked or run? The signs all pointed to disuse: deadwood and fallen oaks leaves masked the faint track. Had it been months? Longer? I wonder how is it that these spur trails that thread through some of the most interesting topography find themselves abandoned. These fading lines should not be forgotten, and I was thankful they were still discernible on Tuesday’s amble.

I found the link trail and jogged up to where it intersects with Meadowlark Lane, not too far away from an old logging landing. The lane, like the Mud Pond perimeter trail, is shouldered smaller by encroaching brush. What doesn’t suffer (or delight in) the passage of time in these woods? I jogged past the first junction to the Bulkhead and when I got to the second I angled down instead of heading up, taking the trail to the cabin. The fallen oak leaves, tan and slippery, boiled up over sneakers and rustled in the late afternoon. They swirled in the stream I crossed, banked up against the cabin, and tangled with the wood stacked against the east wall. The cabin stood quiet. Some would come to it and think it “abandoned”, but it simply waits for those who find it in passage, the thin cord that cleats the door closed easily unwound by visitors, the warmth of its wood stove always waiting to be kindled. It’s a refuge beyond its role of shelter, which is one of the reasons freshmen hike to it each fall: they need to know it is here. The dog bounded up on the porch and nosed the door before we kept on with the run. 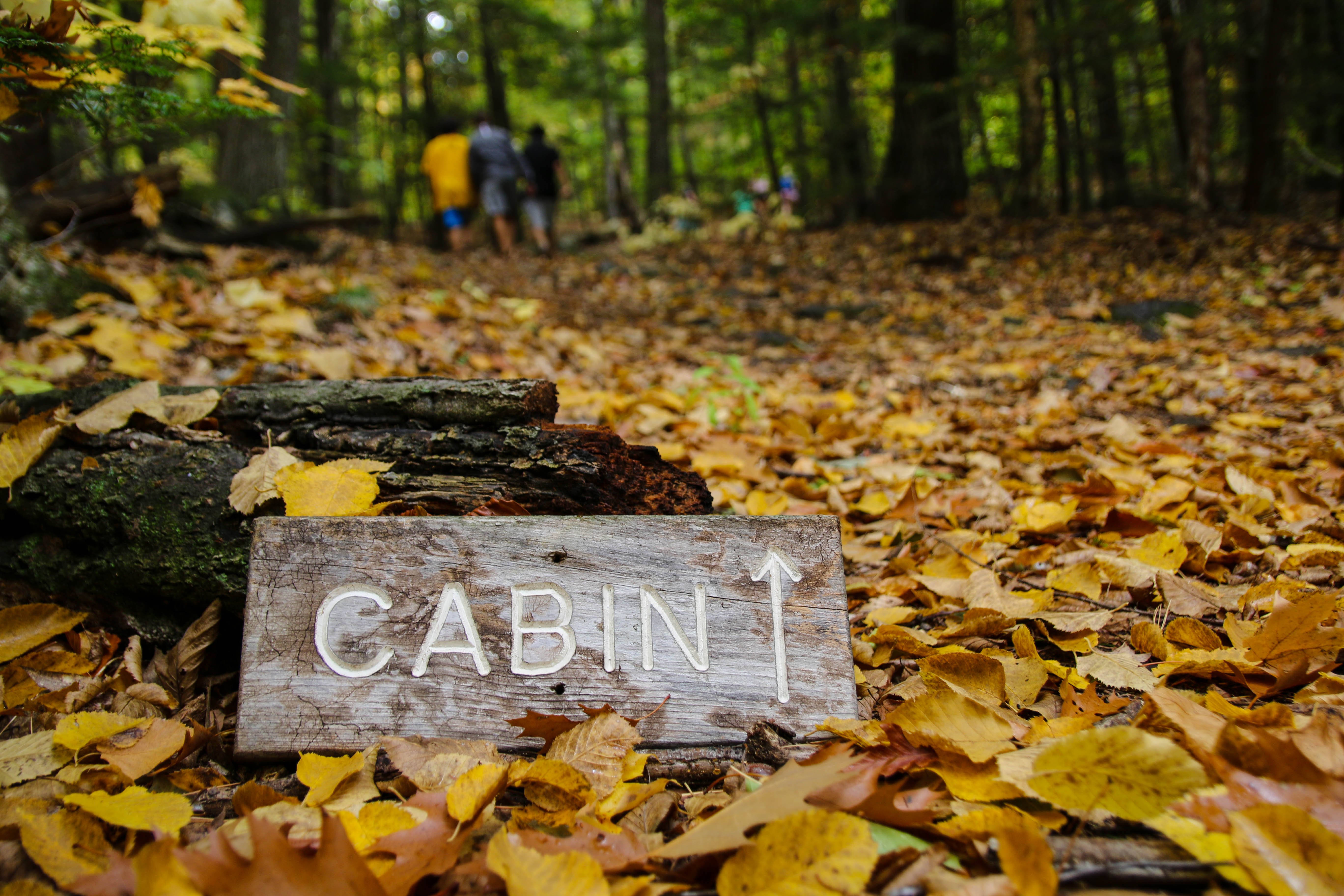 In this week before Thanksgiving, I am grateful for the trails that lace through our woodlands and are so much more than simple ways to get from here to there. I am thankful for the ponds, the brooks, the shelter at Mud Pond, and the cabin. But it’s not just the trails and the setting, not just the shelter and the cabin, it’s all that webs out from Proctor and both sets this community in its geographical place but also in its educational place. The friends and families, the faculty and staff, our students, the “all” that makes us who were are today. I end this term and start this Thanksgiving break with profound gratitude brought into sharper focus by a woods run.

Have a great Thanksgiving.