Mountain Classroom: A Teacher's Window into the Magic

I have always been a believer in what our school does. Ever since I first heard the name and jumped onto Proctor’s website, I found myself in love with Proctor’s version of  experiential learning -- living with host families in Spain or Costa Rica, speaking Spanish, exploring deep cultural history and literature, living in an artist-colony in France and learning and exploring alongside Proctor legends Jen and Dave Fleming. Or maybe the open sea is more your speed and you can work on a tall ship sailing down the eastern seaboard all the while studying literature, the ocean that you call home, and keeping watch while you navigate the high seas. But for those of you who prefer to stay on land, you can hop in a minibus with ten of your peers and a couple instructors just crazy enough to help you navigate the American southwest, learning about indigenous cultures or geology while you hike the lands you discuss and climb the rock formations you’ve studied. These programs are proximate learning at its finest, and the only thing wrong with them is that you have to be a student to quench this wanderlust!

I was never even able to dream of taking part in programs like these as a high school student because it never even entered my mind as a possibility. So when I was asked by Patty Pond to join her for a weekend at the end of January to visit our Mountain Classroom students, I was excited to get a glimpse into this world. As the days grew closer, I was surprised to find myself a little nervous and even wondering if I should really take on this adventure. It would be so much easier to spend my Bonus Weekend in the comfort of my home. It would be safe, it would be simple, it would be restful (albeit cold and snowy). The winter term can be tough and the break and self-care are so important to the sustainability of what we do as a faculty, just as it is so important to the students. In the end, these half-baked concerns of mine didn’t matter much. I had a bus ticket from Concord to Boston where I would spend the night in the city before catching a flight to Denver and then to Tucson where I would meet up with ten students in the midst of their adventures for just a few days.

I had a good idea of  what I would find in Tucson: warmer weather, desert landscapes, myself face to face with a cactus, a group of intrepid students living my dream, and most likely a very tired Kyle at the end of it all. I certainly found all of these things, but I found much more as well. 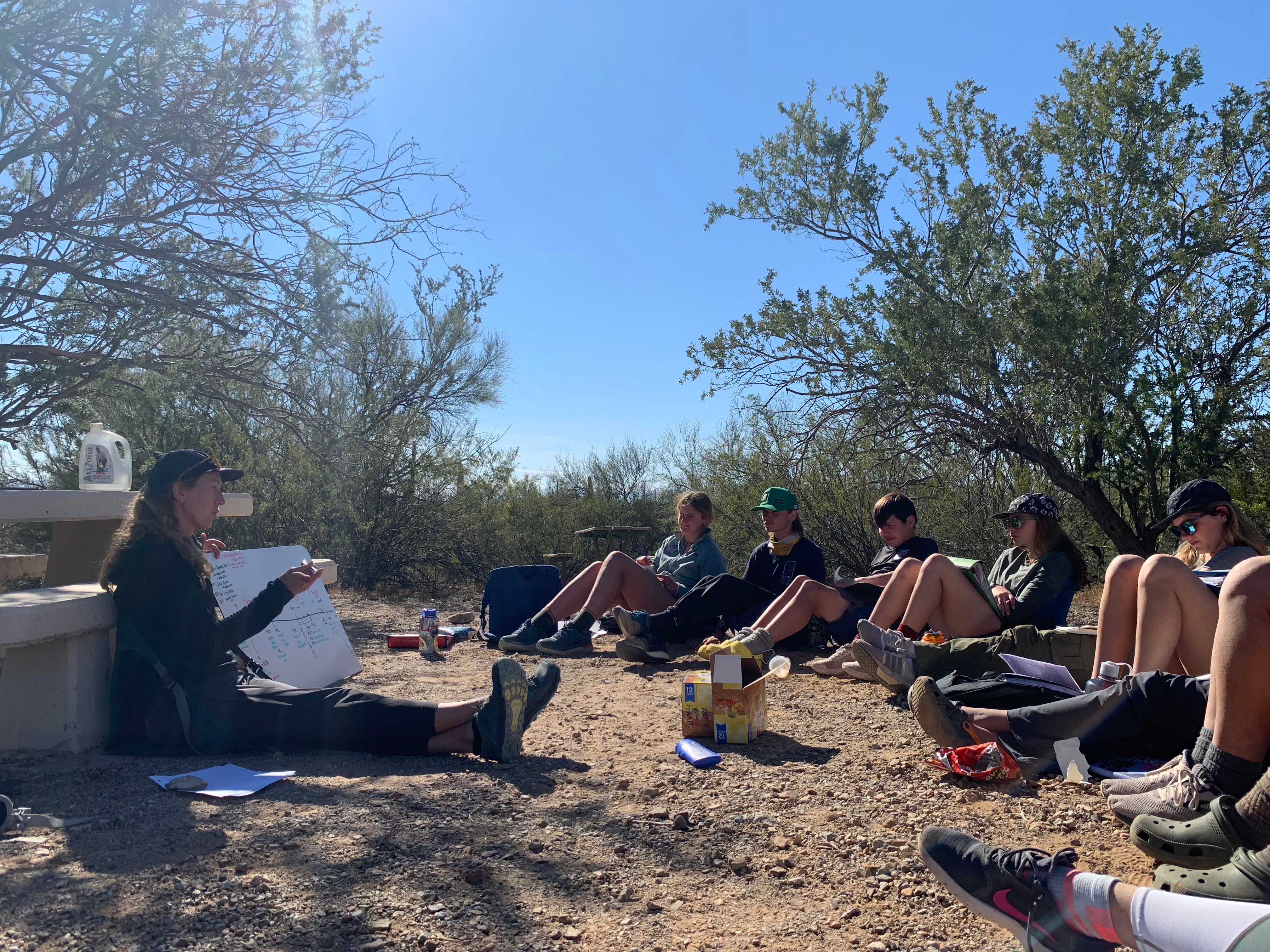 I heard about this concept known as liminal spaces; these spaces in which time seems not to exist. We float through them, almost removed from reality as we transition between locations or states of being. I found myself in such a space as I boarded a quarter-full coach bus bound for Boston, consumed by silence as everyone settled into their own routines, plugging their headphones in and shutting the world out. This liminal space experience continued in Boston where I walked the city blocks, passing other people, each living their own story, all anonymous to each other. The next morning I walked through Logan International Airport in my own little world, removed from everyone else, a traveler with a destination in mind. I found the same in Denver as I caught my connection to Tucson. At each step of my journey,I was encountered by a floating anonymity, alone in a vast sea of other people. All of us floating through the world, almost removed from reality. We occupied these liminal spaces. And it struck me that for some - maybe most - of the world this is a daily existence. It can be easy to live an anonymous, private life. And for some that is precisely what they desire, but for those of us who know what it feels like to live in relationship with others as part of our work and our life, we know how much more there is to experience

As I stepped out of the airport in Tuscon, I was  greeted by the friendly faces of Patty and Jeffrey, and later by Caroline at the campsite. Even just seeing them, hearing them talk about the Mountain Classroom group, about the adventures and journeys of the past few days, about the relationships being formed between the students, about the challenges inherent in this type of living, I was grounded again - no longer floating through space. When I turned the corner of the campsite and saw the familiar faces of Colin, Will, Ang, Sarah, Wesley, Phoenix, Calista, Lucy, Grace, and Ani, I felt the connection that fuels us as humans. I have a different relationship with each of these students; some I know well from teaching them, coaching them, or being their dorm parent, others I only knew from the paths around Proctor. What became quickly apparent, however, was the intimacy of their relationships with each other and with their leaders; inside jokes, nicknames, a level of ease around each other. 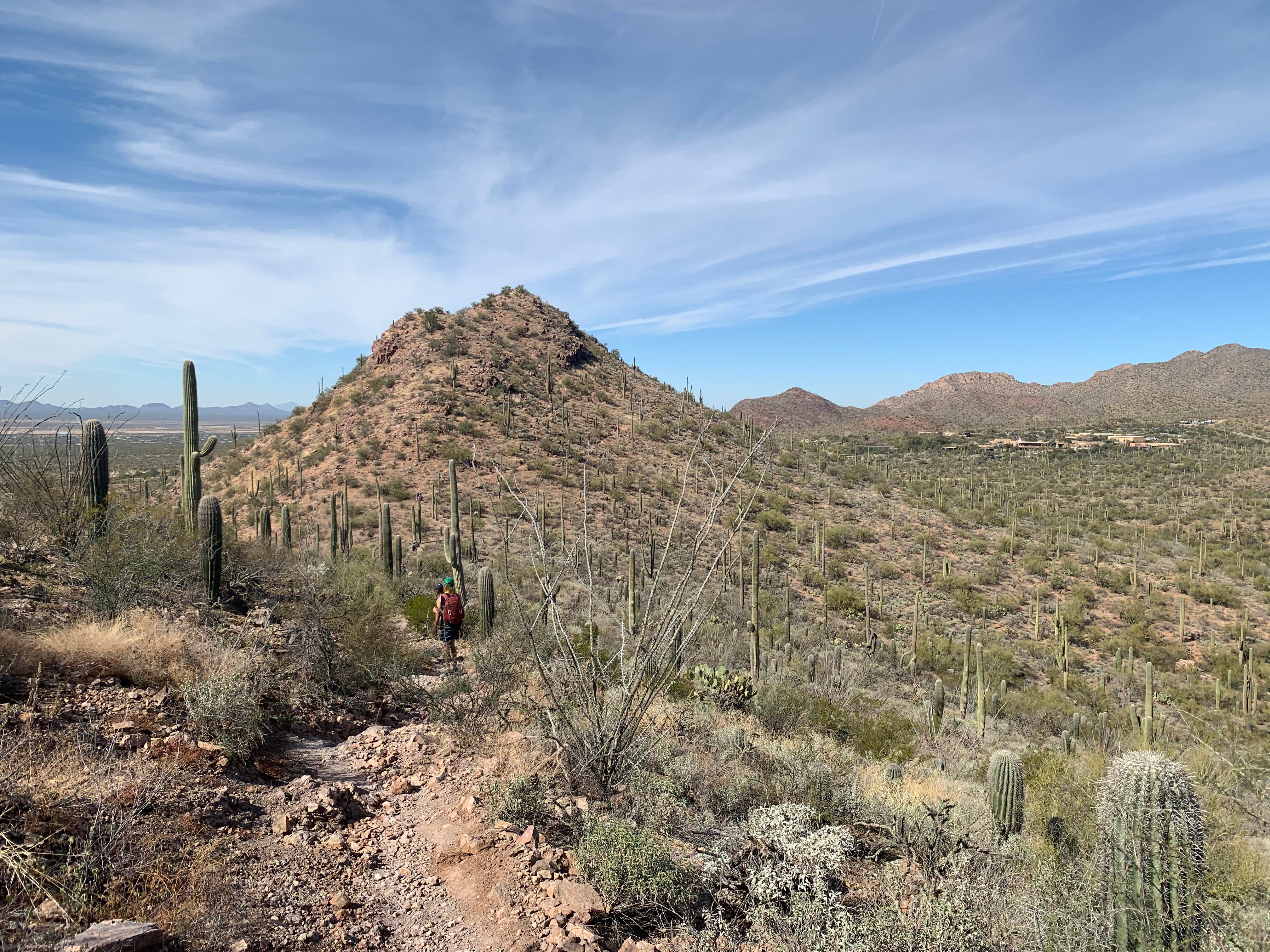 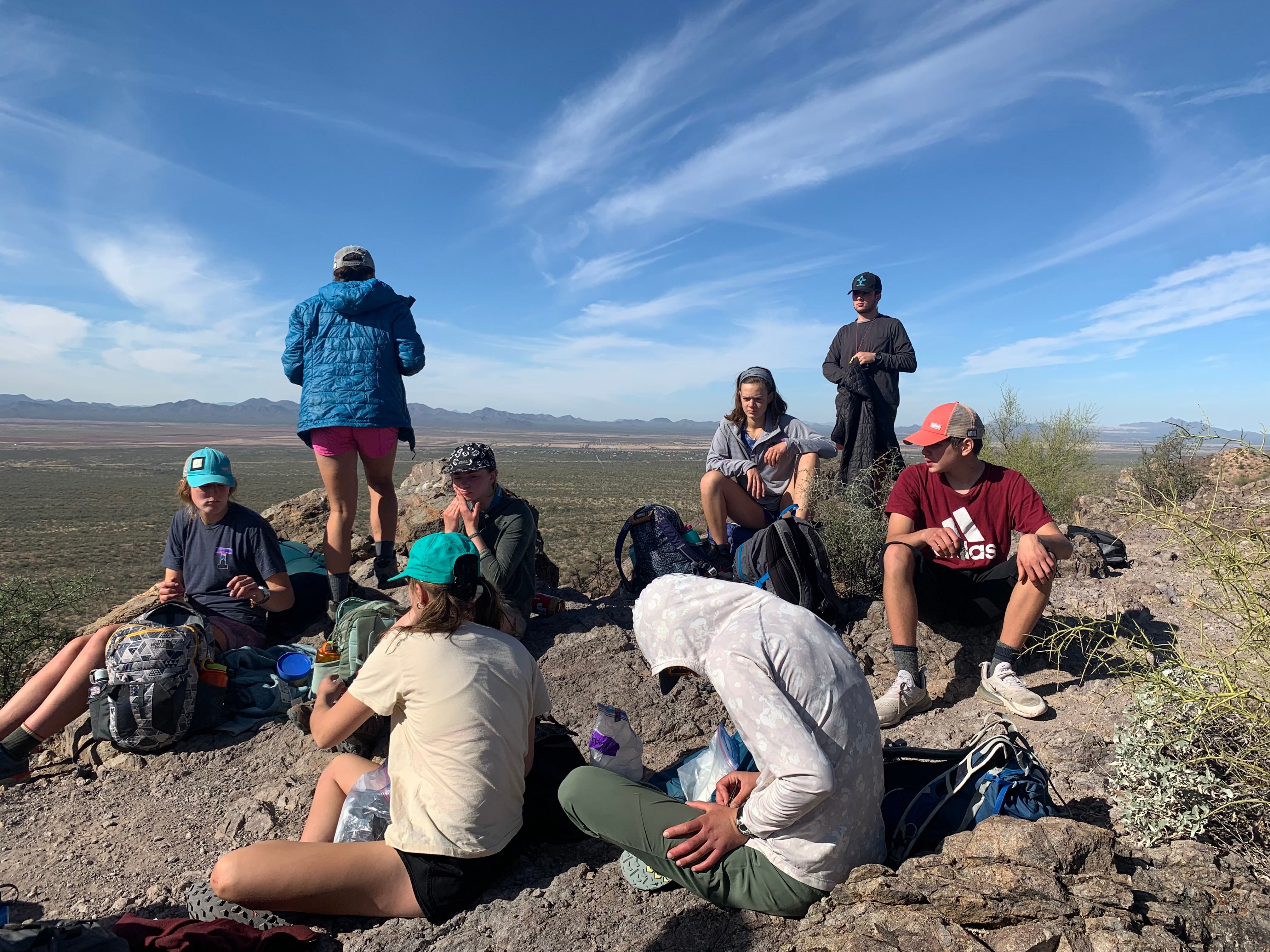 It is deeper and bigger than I have the ability to put onto the page and while that can be frustrating I am glad that I had the opportunity to see it. I am so grateful I was able to sit outside a laundromat with Lucy and reminisce about our shared memories in Mac House, to hear Colin talk with pride about the group’s recent adventures as he orientated me to the campsite, to laugh alongside Wes and discover his sense of humor, to listen to Ang talk about her journey and her future as we sat next to a cactus, and so may other small moments I was given with each member of the group. In those moments, the members of this Mountain Classroom group kept me present and grounded and tethered to their reality.

I’ve always believed in what our school does. But seven years in, I still only feel like I’m scratching the surface.