Proctor Academy's Mountain Classroom program nears the final stages of its ten-week adventure across the United States. As the group enters full circle and the independent student guided expedition, the growth of this group comes is palpable. Read more from this week's update.

The last two weeks of mountain have arrived. After our two-month adventure, this trip finally wrapped up with Full Circle and ISGE. Full Circle came first, which involved four days of sleeping in a couple’s backyard in Arcata, California. Christy and Sten, not connected to Proctor or Quinn and Erica, decided to invite us to sleep in their yard for three nights. While at first I was concerned we were sleeping in a stranger’s yard in the middle of nowhere, I soon realized we were safe and Christy and Sten should be more afraid of us then we were of them! 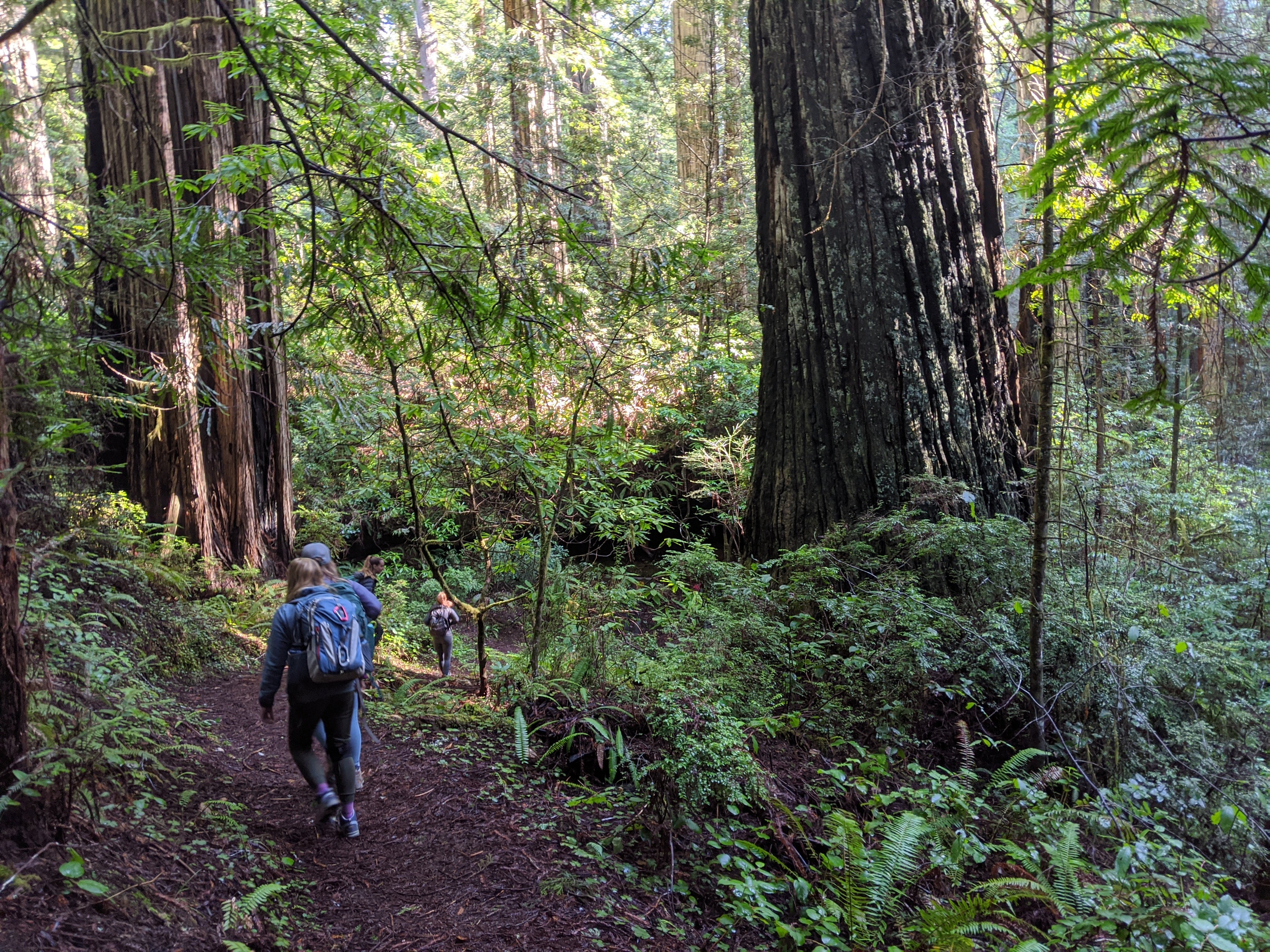 During Full Circle, we finished up schoolwork, hung out in libraries and gave speeches for the most part. This was nothing too exciting, but there were still a few fun highlights. For starters, one day we did not only do school work, but also visited Redwood National Forest. Redwoods are huge, and when I say huge I mean the biggest trees I have ever seen by a long shot. This was amazing. The group felt as though we had been transported to a whole new world. That night was almost as eventful as our visit to the forest. This is because Ben Daniels, after dropping a bottle of balsamic vinegar which shattered in the trailer, tried to wash the balsamic off of multiple items, pulled Christy and Sten’s spigot out of the ground. This caused some drama and a late night run to the hardware store, but in the end we fixed it. The next day we visited the same hardware store, this time leaving with a new result. Our group’s missing tenth member in the form of a “grow a girlfriend”. We called her Juanita Freeseat, after two things we love: Juanita tortilla chips and the free seat on the bus. After our new member joined us, we were off driving to Big Sur for ISGE...or so we thought. 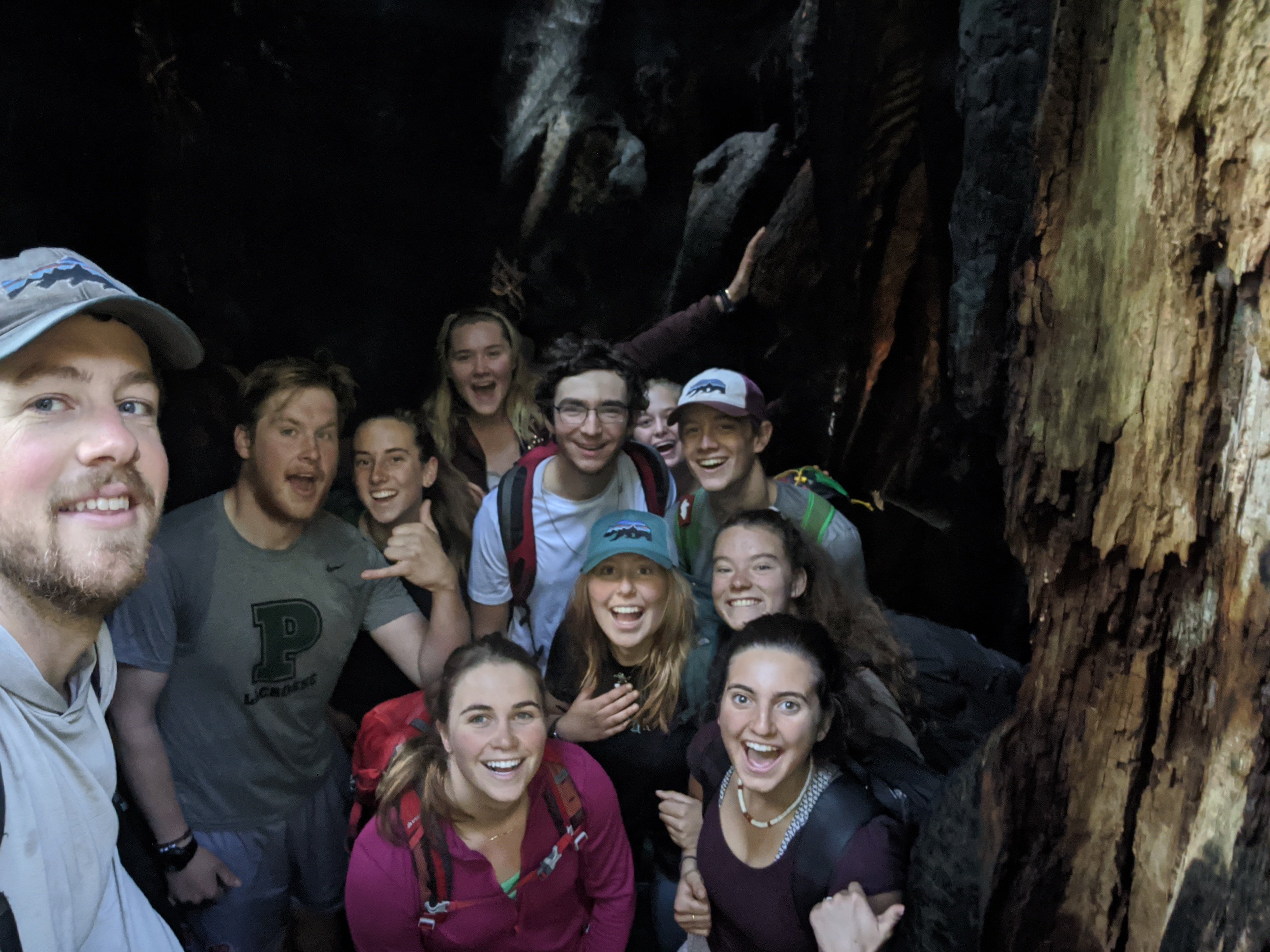 ISGE stands for independent student group expedition which means the students plan and complete the expedition alone. During Full Circle we came up with a plan to head to Big Sur and have a four day trip there. Soon after leaving Arcata, heading south to Big Sur, we realized a problem with our plan, the original trail we had thought to do was way too easy. Ten miles over four days with easy terrain, we realized this would have probably be a pretty boring expedition and started to try and change the plan. We looked at another trail in Big Sur which was much much harder. This was our new plan. So we continued down towards Big Sur again and we found a problem with this plan. This new route was going to be miserably hard for our group while carrying large backpacks. So we trashed this idea as well. So, now unsure where to go, Ben and I spent two hours researching. First finding a perfect trail in Point Reyes slightly north of Big Sur. We were sold on this idea until trying to make reservations. We were set for the first night, but because it was a Thursday it was significantly more challenging to find openings for the next two nights, Friday and Saturday. We eventually realized we could not get a reservation so we moved on to a new plan.

We continued our search and found a trail around Ediza Lake a little south of Yosemite. This also seemed like a great plan. The only problem was that we had been driving in the opposite direction the whole day. We stopped for lunch and explained our new discovery of this trail, quickly though Quinn and Erica explained that with our bus it was almost impossible to reach that side of Yosemite during the winter. With this new information we realized we couldn’t do this trail either. I gave up searching for a place and went instead to go make the group lunch. While this was happening the rest of the group worked on a plan. Finally, a conclusion was reached that was achievable and also in the same direction we were already driving, Big Sur. This time a different trail that was our level of difficulty and that happened to also have the right amount of campgrounds and available water. Even though at the time I was annoyed that the answer to where to go was in front of me the whole time, I am so glad that we decided to look harder and ended up with the trail we did. We continued down to Big Sur and got ready for the expedition, packing our backpacks, buying food and researching the information about Big Sur we needed. In this research we gained two important pieces of knowledge. First of all, I personally learned about fire safety from a two minute video that was required to watch to get a fire permit. I finished the video then took an eight question quiz about how to put out a fire, becoming the group fire expert receiving the nickname Fireman Hotz. Secondly, I learned how there is an extreme amount of poison oak and the past two mountain groups to go to Big Sur all left with poison oak. So we had one challenge going into Big Sur, but we were ready to take it on after a quick trip to Walmart. 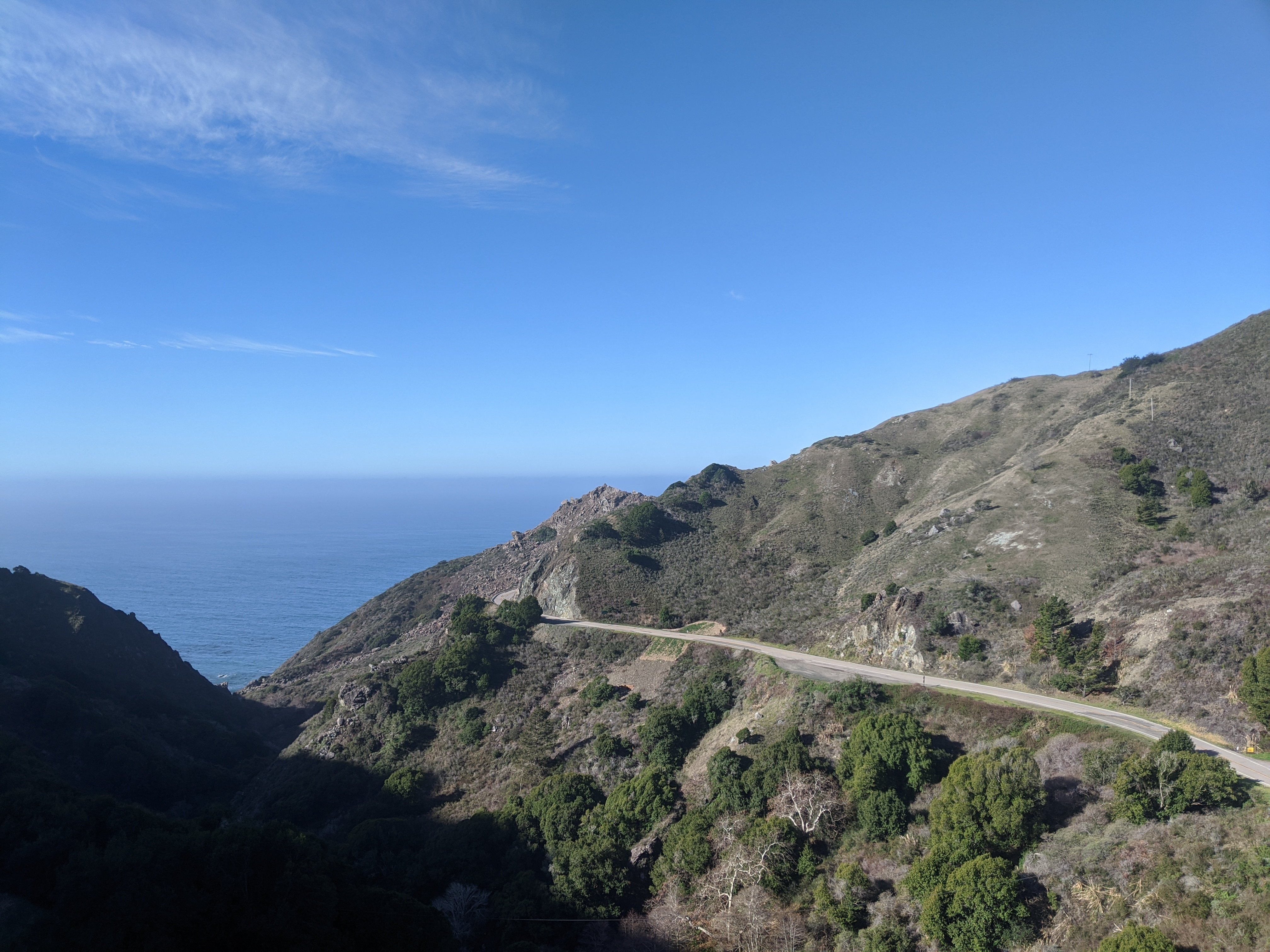 The group collectively voiced our concern that this was wrong. We then turned around down the path and almost everyone fell down due to the path being extraordinarily steep and the ground being loose gravel. The group eventually got back to the original intersection and again took the trail path. This time it worked out and we arrived at camp two hours later after a quick hike up. The next three days were spent mostly alone with an occasional visit from Quinn and Erica. These days we were hiking for most of the day and relaxing at camp for the rest. The biggest highlights of these three days were singing the national anthem around a fire while Ben smashed a stick on the ground, an intense harkness about teeth brushing, Ben who has taken on the character of most of the group’s grandfather and Florida woman's (me) husband reading to us, daily Technu washes to prevent poison oak and bringing both Junatia and a giant pinecone (weighing a good four pounds) around with us, acting like it was our child. Now on the very last day of Mountain Classroom I realize how perfectly these moments and many more wrapped up our trip. This has been Mountain/Medical/Joshua Tree Classroom Winter 2020 peace and chow.