Proctor Academy's Mountain Classroom program concluded the first three weeks of their term-long adventure. Exploring Florida's Fakahatchee Island via canoe and learning how to work together as a group laid the foundation for what will be the adventure of a lifetime. Read journal entries from Phoenix '23 and Will '23 below! 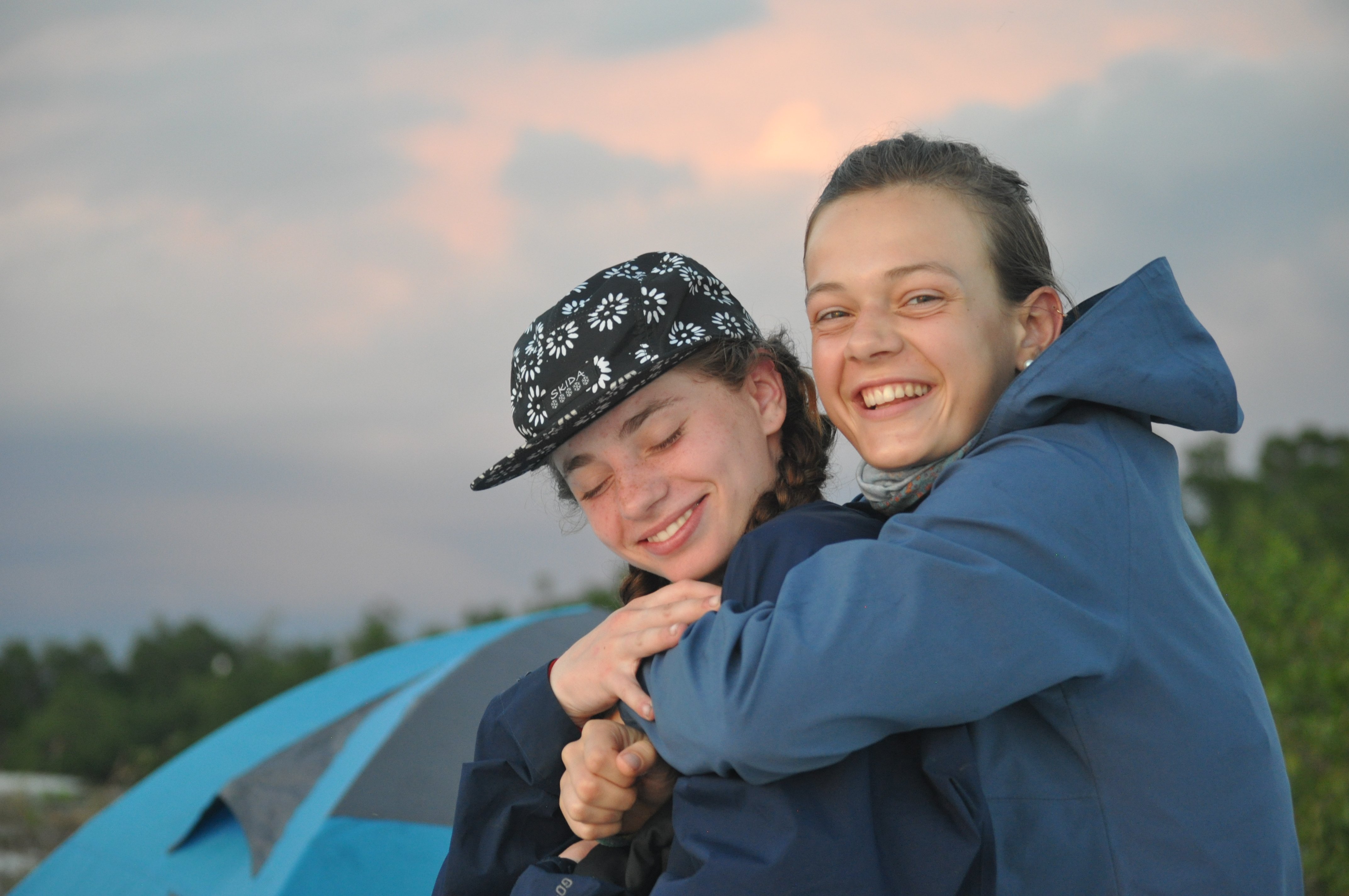 Signing up for Mountain Classroom I had a certain idea in my mind. It had built up over time from stories, pictures, and ideas manufactured from my imagination. So far this trip has been drastically different than the image I had so carefully crafted in my head. And even as my picture is trampled on I feel the benefit and find enjoyment in every minute of this new experience. Nature, tents, community living, and getting to know all my amazing group mates fit my description. So much else does not. 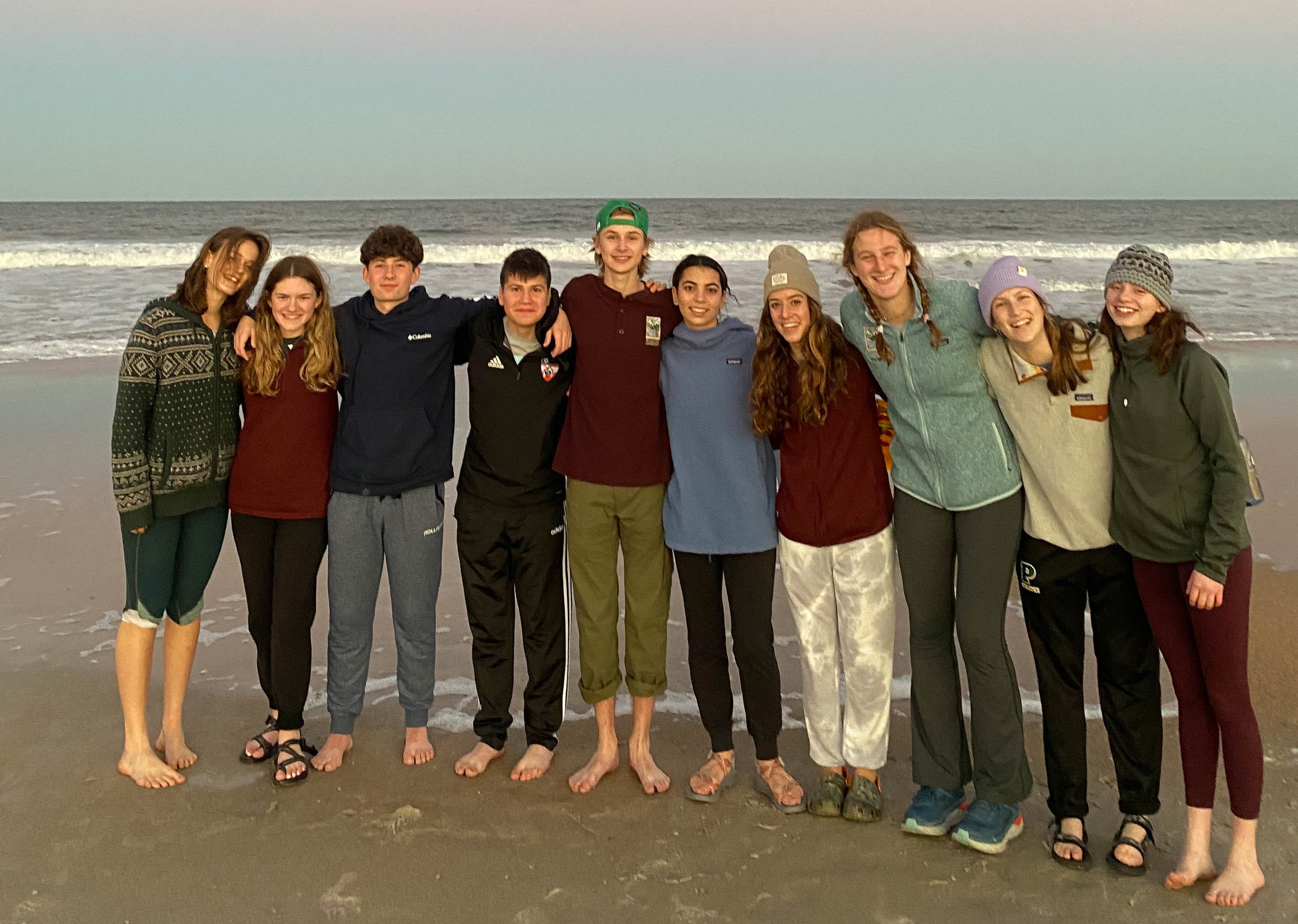 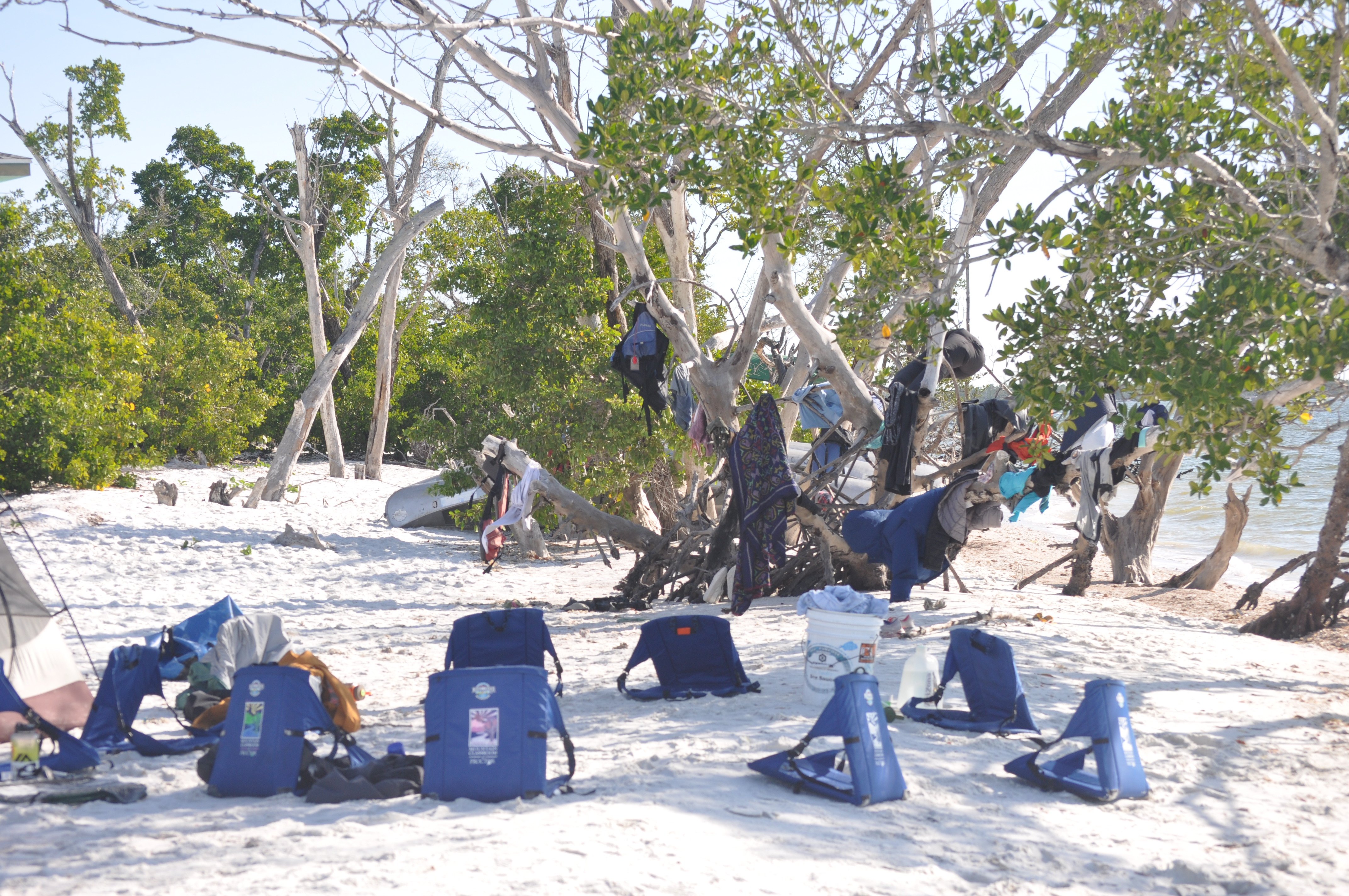 The first red flag that my image would not last came as we arrived at our first campsite: Anastasia State Park, after a long day of travel. The red flag appeared at the end of a boardwalk leading to a sprawling white sand beach, indicating that the waves may be dangerous that day. The next surprise came on our walk back to camp from the beach. The campsite fulfilled our dreams with much needed access to showers, and even a soda machine (which never ended up working). Caroline and Jeffrey’s good planning had allowed us 10 tired travelers the ability to ease into soon to be minimalistic hygiene practices. As the first few days went by we kept it lowkey, making friends with the local raccoons, swimming in the ocean, and enjoying the warmth that was a stark contrast to the 20° New Hampshire weather that many of us had been coming from. 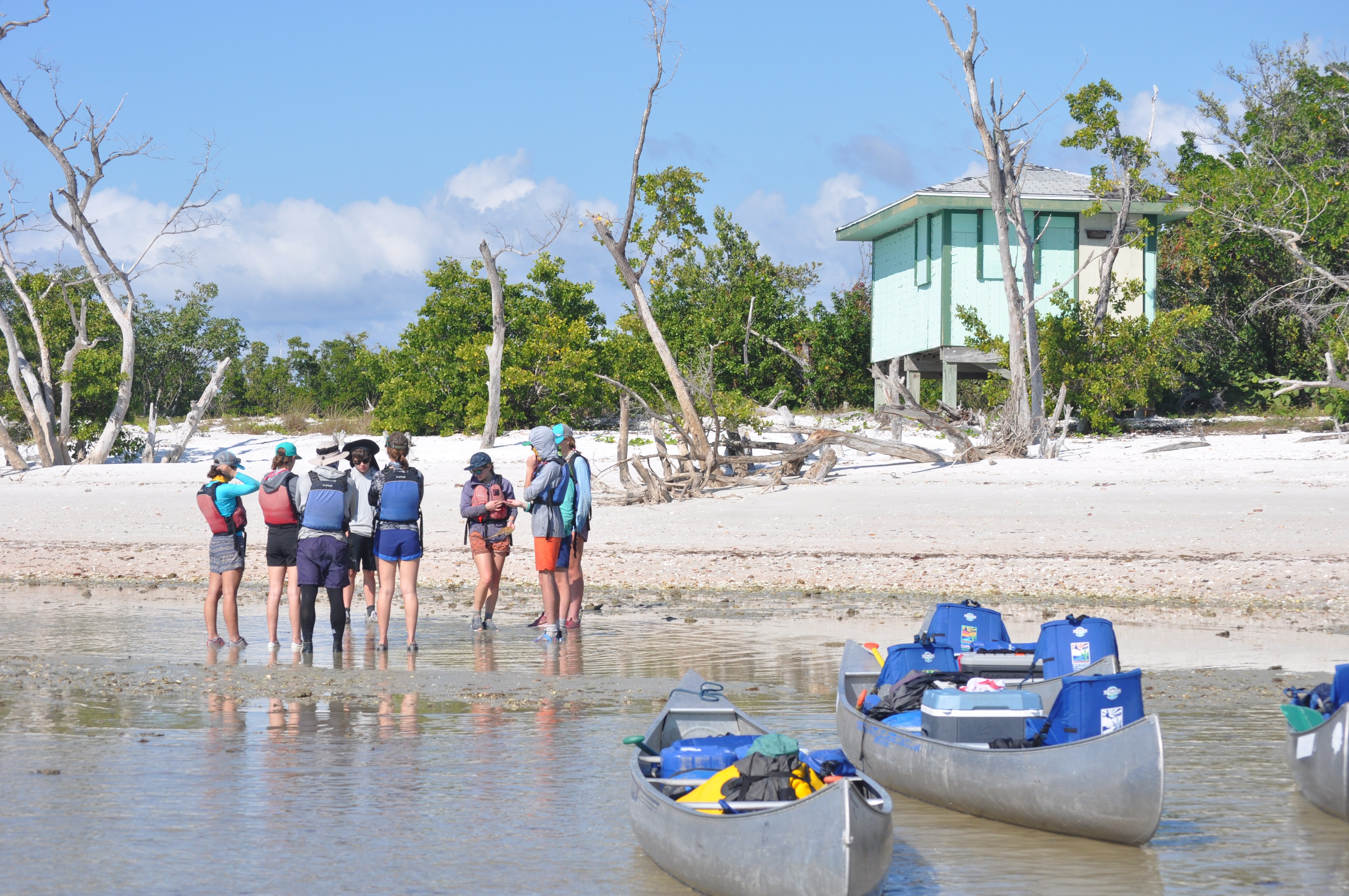 Many eventful days have passed since that first evening we spent watching the sunset at Anastasia and today as I write on a beach as the blue sky shifts to as many shades of orange as you can imagine, this time on Camp Lulu, and island on the Gulf of Mexico where we look out on a limitless horizon of the ocean.

In an effort to limit the jealousy from all New Englanders in the heart of winter I will stick to three highlights and avoid too much talk about the weather.

1) A three day backpacking trip in Juniper Prairie Wilderness, during which the greatest hill we climbed was a max of 50 feet out of a sinkhole we stumbled upon on the way to our first camping spot. By the end of the days we were sunkissed, tired, dirty, and had really started to get to know each other.

2) The next great occasion came just after an educational day at a Seminole museum. As dinner winded down the time came to celebrate. It was Ani’s 17th birthday which was taken very seriously with a chocolate cake, huddled around a bug prevention candle. Little did we know the no-see-ums were just getting started on our group.

3) Off to the Everglades we went. Canoes, 12 jugs of water, food for 5 days, and much needed bug nets all piled onto our humble boats that would end up saving us from impending bug bit doom the following morning. Fast forward through hysteric laughter, a few tears, and hiding in our tents until our escape from Fakahatchee Island, a bug infested place that will leave us with nightmares of itchyness. We land on Camp Lulu just before lunch after a stressful morning, but the smiles are back as the sun shines and the ocean splashes our legs. After unloading the gear it is clear that our gratitude has returned and we are once again ready to embrace the beauty surrounding us. 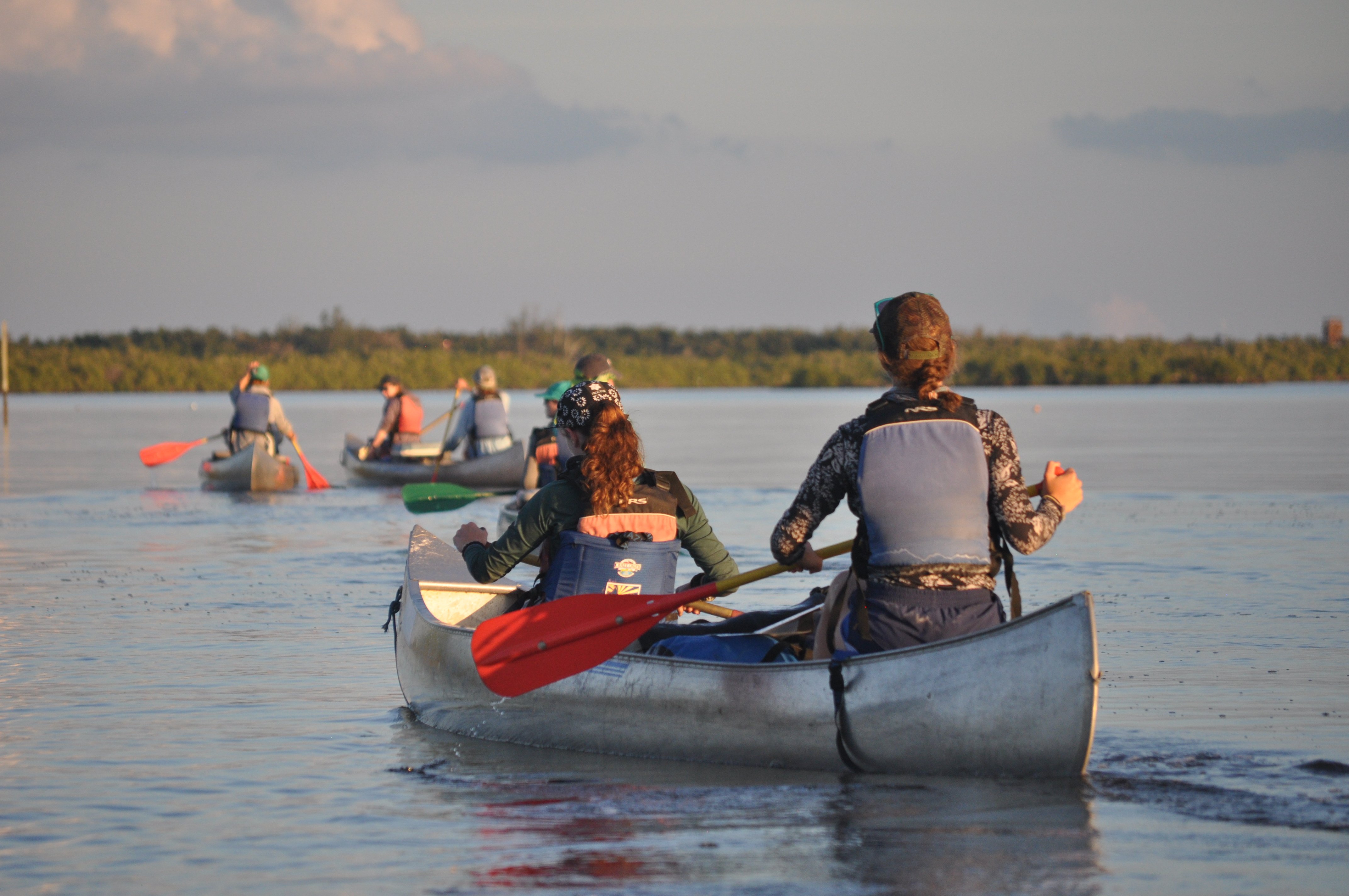 Those are just a few of the many mention worthy moments. Having not read the itinerary before arriving in Florida my imagined Mountain Classroom has little resemblance to this beachy canoe classroom I am now experiencing, yet as each adventure unfolds I am no less excited for all aspects of this new image of Mountain Classroom that is forming. 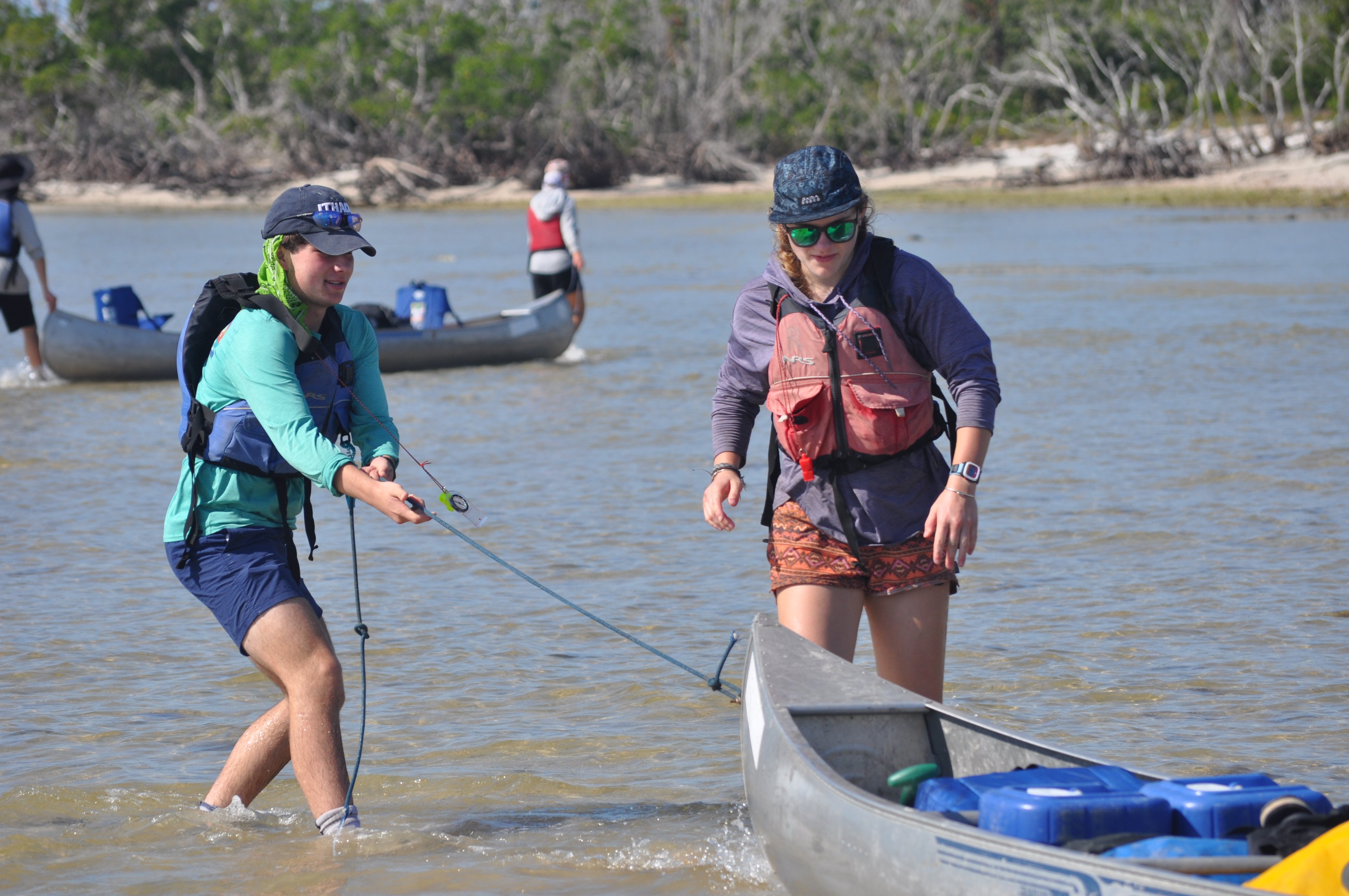 The Proctor Academy Mountain Classroom Everglades trip was quite the adventure. The trip began with an early 6 AM wake up and a quick 30 minute drive to the Everglades visitor center. As soon as we arrived everyone started nervously moving our needed gear to the put-in spot. After a short, well-needed football toss-around our canoe rental friend, Tom, arrived. Tom is a nice 60 year old man with a grey beard and a baseball cap. He taught us how to remove our canoes from the trailer and take them down to the put-in. After talking to Tom we all mentally prepared ourselves for the expedition ahead and set off. I’ll be honest with you all, we were awful at canoeing at first. Many of us would swerve off-course and go the exact opposite direction than we intended to go. After a canoe lesson from Carol and Jeff, we continued our paddling with some success. While on the trip many of us distracted ourselves from the arm pain by observing the beautiful wildlife. Some were lucky enough to see the magnificent dolphins while others observed the amazing brown pelicans dive into the water to have a pre-lunch snack. We stopped for a quick lunch ourselves at a little cove in West Pass Bay to have some gourmet cheese and chicken sandwiches served by Ang and Colin for the road. After five hours of canoeing we finally made it to Fakahatchee Island. 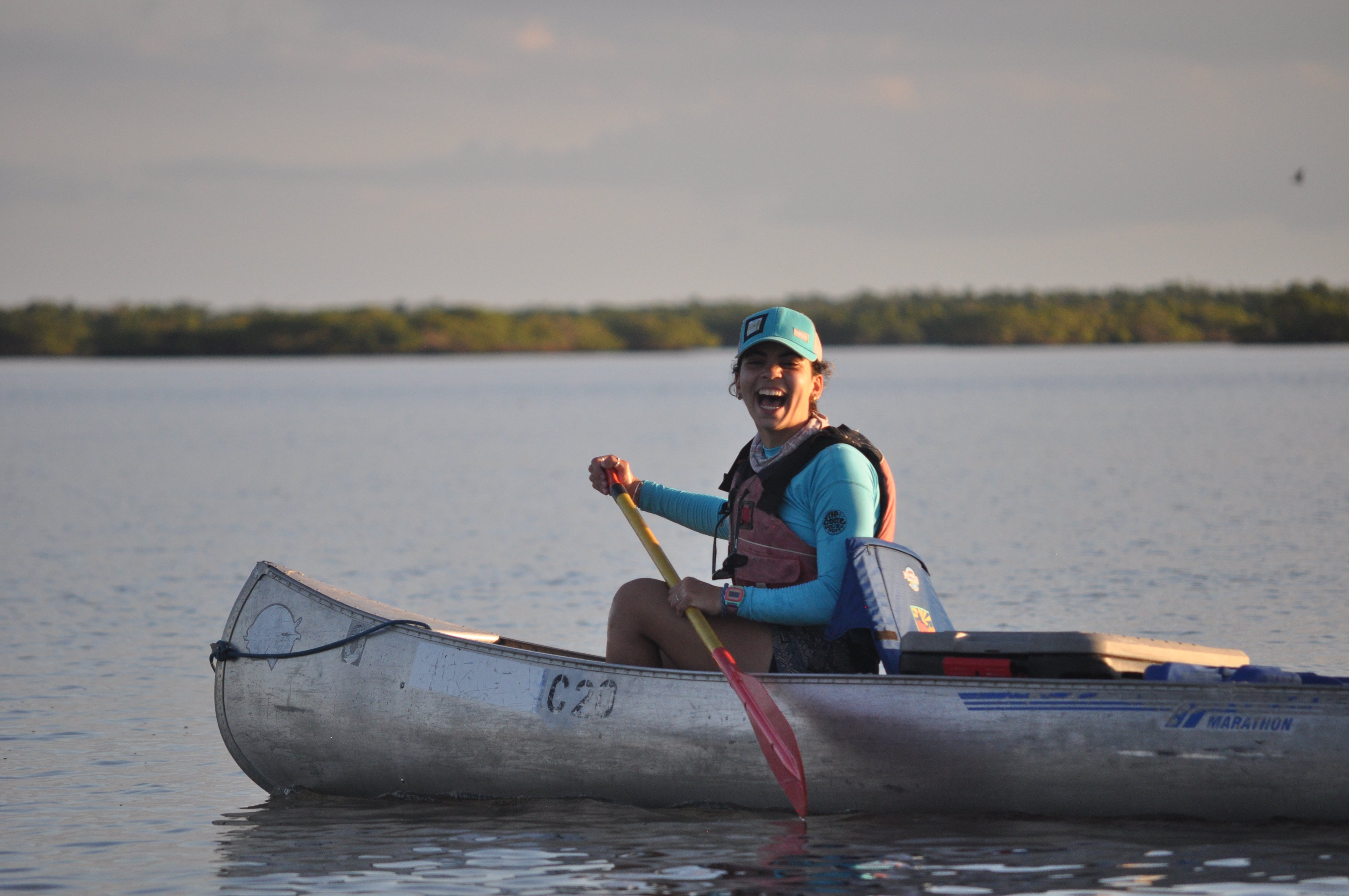 Fakahatchee Island was the worst experience of my life. At first we were all really excited to be done canoeing but once everyone started to get changed into their dry clothes the no-see-ums came. No-see-ums are tiny black bugs that vomit acid onto your skin and eat it. Once I got fully undressed in the woods I got swarmed by the little guys. Another terrible thing about them is that they are attracted to CO2 so they tend to go straight for your head. So there I am, fully naked in the woods being swarmed by bugs contemplating my life choices. After finally getting my bug layers on I ran back to the shore hoping to be greeted by a bug-free camp. Oh how I was wrong. I arrived back to a swarmed camp filled with screaming and commotion. Everyone was running through the opening struggling to get their bug clothes on fast enough. With my bug layers on and my bug net around my head I thought I was immune. That was a temporary feeling. The little fellas started climbing through my bug net and attacking my face. This caused immense pain and terror for us and we still had to put up our tent. After we quickly and mostly incorrectly finished setting up our tents we all jumped in and found our own ways to cope with what just occurred. 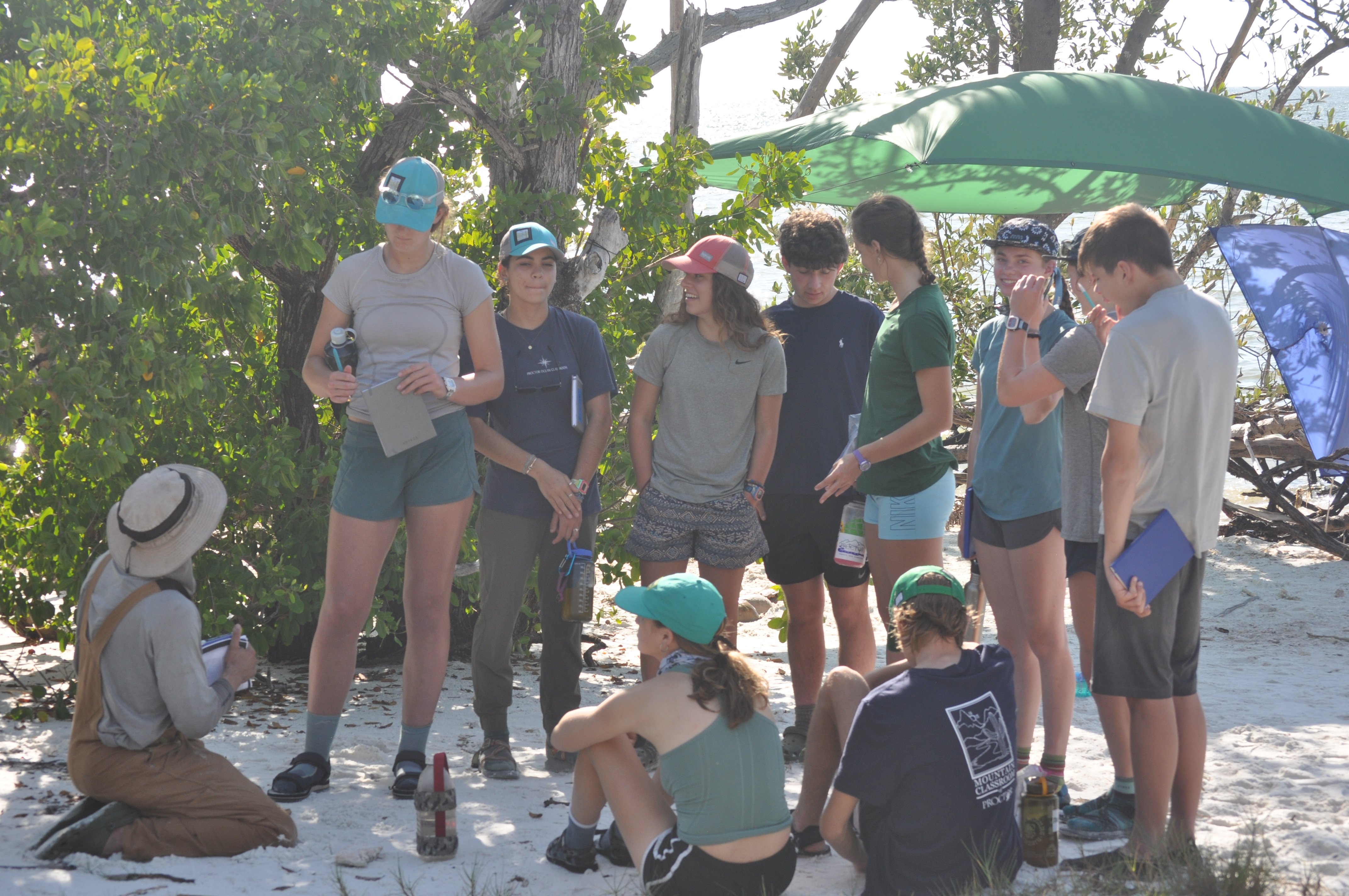 Some screamed and cried with each other while others played chess with a friend. Then we started to realize we somehow still needed to make dinner. This is when our hero, Colin, came to the rescue. Colin exited the tent with a bug-filled head net and cooked everyone dinner with the help of Jeff and Carol. He even kept everyone satisfied with some snacks from our rations as an appetizer. After cooking everyone a hearty dinner of pasta and red sauce Colin came back into the tent gasping for air as everyone gave a roaring round of applause. Colin entered the tent with thousands of bits on his hands, face, and arms from the non-stop swarm of no-see-ums he cooked through. That day Colin showed us what it meant to take one for the team. After the long, stressful evening everyone fell asleep with a full stomach and dreams of leaving Fakahatchee Island in the morning.