Proctor Academy's Mountain Classroom program is off and running on their 46th straight year of the world's most powerful learning experience. The group of ten students and two faculty members will drive across the country in pursuit of adventure and getting to know as many different cultures as possible over the next three months. The bus pulled out of campus on Monday left and the group is now on a canoe trip up the Mississippi River for the rest of this week. Read on to hear Amanda's '19 reflections so far.

It is the afternoon of the fifth day. It feels as though it has been moments or months, but in reality it has been less than a week. The wheel that dictates our daily jobs – cooks, LOD (leader of the day), navigator, EQ (equipment manager) - has not yet made a full rotation, but in truth that does not matter. The jobs, though meant for individuals, have been approached by our group as one. From everyone pitching in to help the cleaners, to reminding each other to drink water, the responsibilities have so far been shared. 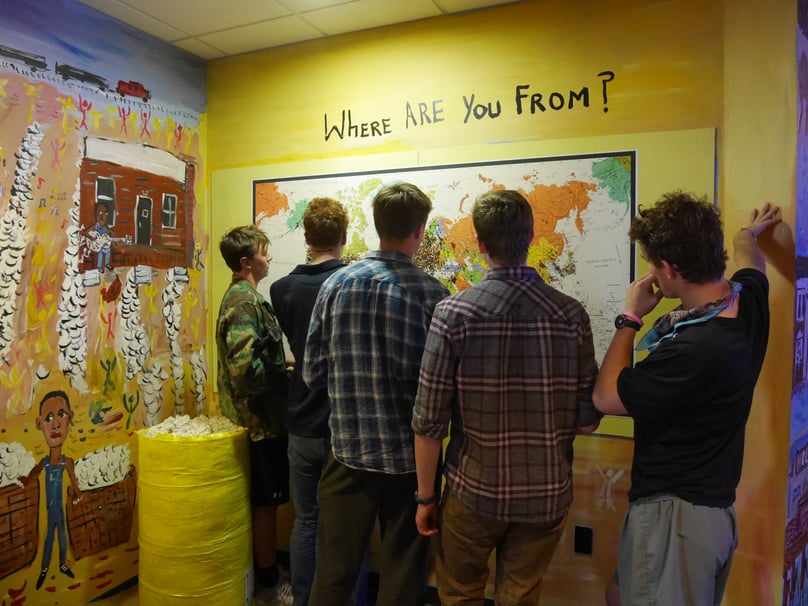 Experiences have been the same way - though three of the last five days have been dominated by travel, we have crossed oceans together (and not just in sharks and minnows). We are a restless, rolling mass of energy that separates and clashes together with chatter and laughter. We wake up together (fortunately, only three times at 4:30am), gather for meals together (which, by the way, have been amazing so far), voyage into gas stations to buy souvenir possum meat together, and sit on the bus (our thirteenth member) for hours and hours together. We're also outfitting her - so far with twinkling strands of lights, 2 American flags, a porcelain statue of 2 middle-aged farmers, and a big gold bow. (See if you can guess who picked out each of those.)

We are together, but we are also apart. We’re apart from home, from much of familiarity. This so far has proven both exciting and difficult. I know I don’t only speak for myself when I say that not having a lot of the usual structure of Proctor is almost confusing in a sense. We’ve talked about this a lot as a group – it’s a part of how Kate and Alex have set up the time we have. The sort of freedom we have here – of time, of decisions – leaves us feeling naked in a way. Also a part of this is the lack of such a large community. Our group is small but becoming tight-knit, and we definitely have support systems in place, especially Kate and Alex. However, there is definitely a feeling of loss, of something (or, in a lot of cases, someone) missing. Here we are intended to become self-sufficient, independent thinkers. It’s very hard to do that when you’re used to consistently knowing what to do and have plenty of people to tell you so. But we’re working on it. 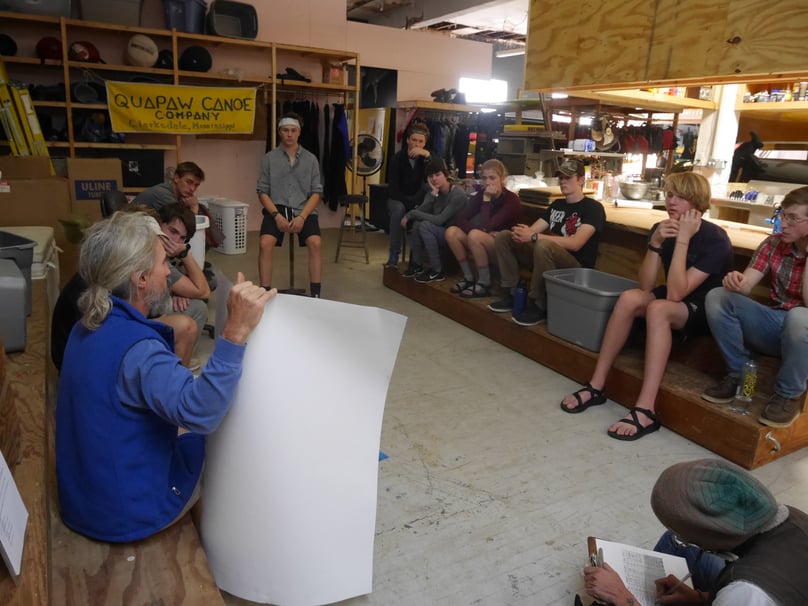 Anyway, AMX has proved to be not enough for some of our more ambitious members, who have pledged to do 100 pushups a day – plus plenty of soccer. So far that has held up. Speaking of held up – that Southern hospitality stereotype? Absolutely accurate. After our first day on the road, a preacher and his daughter brought us cookies. And here in Mississippi, our hosts, the Quapaw River Company, have kindly provided us with riverside campsites and plenty of support, equipment, and information about the expedition we’re about to embark on. 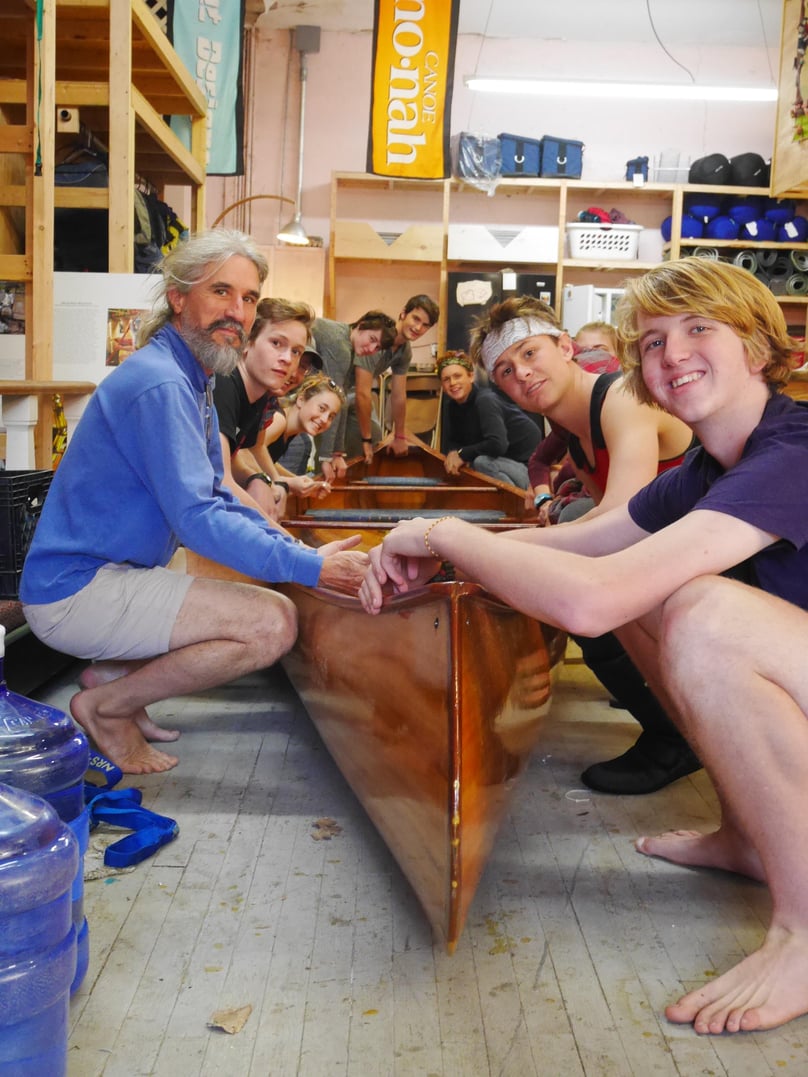 Today we sat enraptured as John and Elena, our guides, described and showed us our canoes and routes as well as outfitted us in wetsuits, booties, and wetbags. We also did our first food buy in preparation – lots of oatmeal to come! (For some reason I seem to be the only one excited about this.) We completed the buy in 2/3 of the time with about ½ of the budget, which is both impressive and exciting and perhaps slightly concerning. We have learned what and how to pack. It does not matter if we are ready (though we are). It does not matter if we are excited (though we are). Tomorrow we go.