After spending our first couple days at Red Rock Canyon in Las Vegas, we all piled onto Deb (our trusty bus) and spent the four hour drive down to Utah playing games and looking out the windows at the beautiful scenery. For our first night we camped in the front country and slept in tent/tarp shelters for the first time on this trip, as we had just been sleeping in sleeping bags at Red Rock.

In the morning we got up well before the sun, and were greeted by frost on the inside of our shelters.  Despite the early hours, everyone was in a fantastic mood because we found out we were all Covid free! I would like to say we ripped off our masks and celebrated but our faces were actually rather cold so we kept them on. The sentiment was there though. 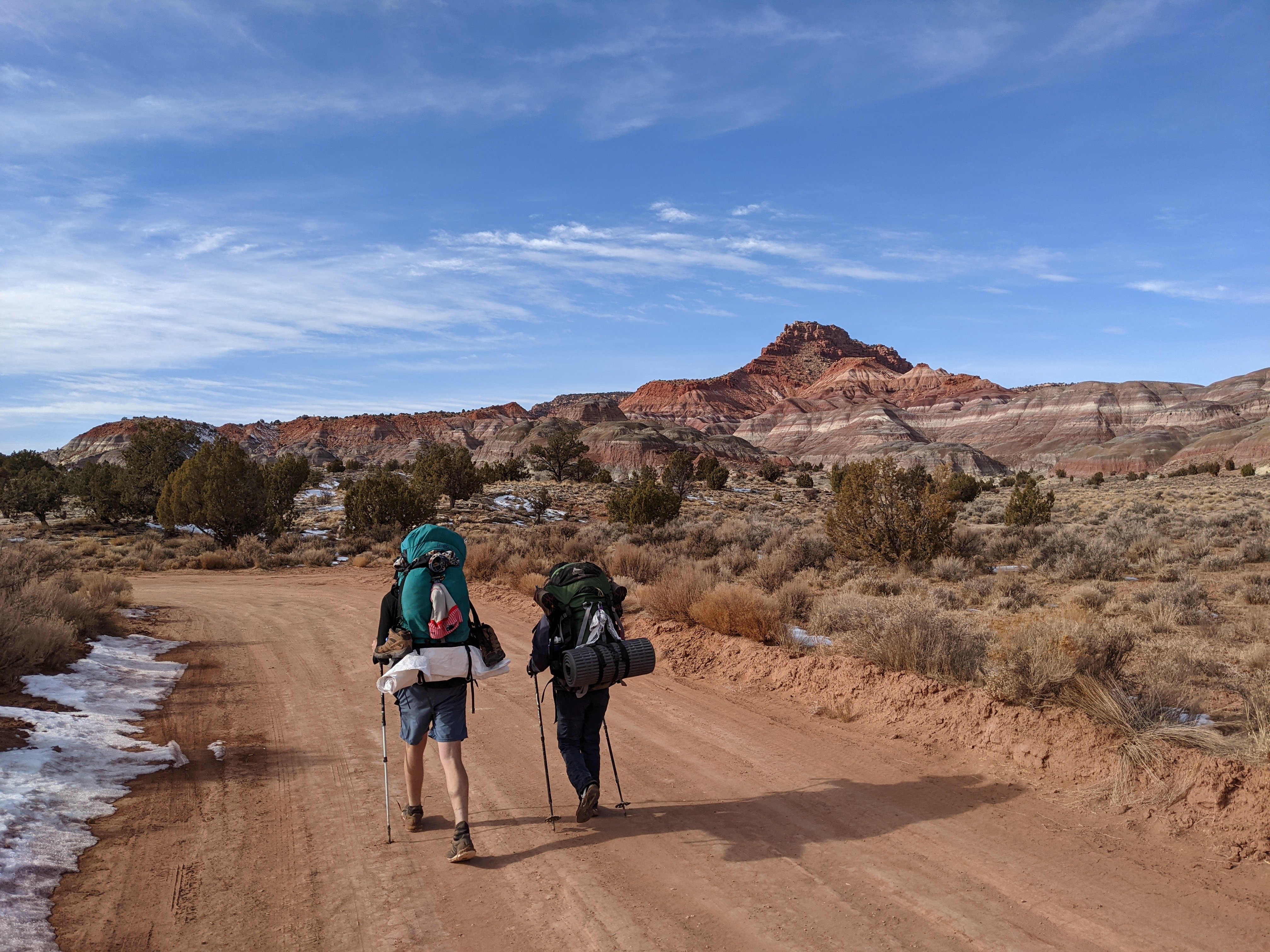 And so the first day of our expedition began! Quinn and Erica taught us the correct way to pack our bags and we were off. After multiple river crossings, lunch, and some unfortunate incidents that resulted in a few members of our group getting very wet, we reached our campsite. We again set up our shelters and settled in for the night. The stars we saw that night were the most amazing I’ve ever seen. I have never seen a sky so beautiful. We stargazed for a while, picking out constellations and talking in our sleeping bags. We were also introduced to our poop shovels, which we fondly named Silly and Putty. The next morning was also very, very freezing, but luckily a leisurely breakfast of pancakes got us through the morning, followed by a class on maps and navigation. 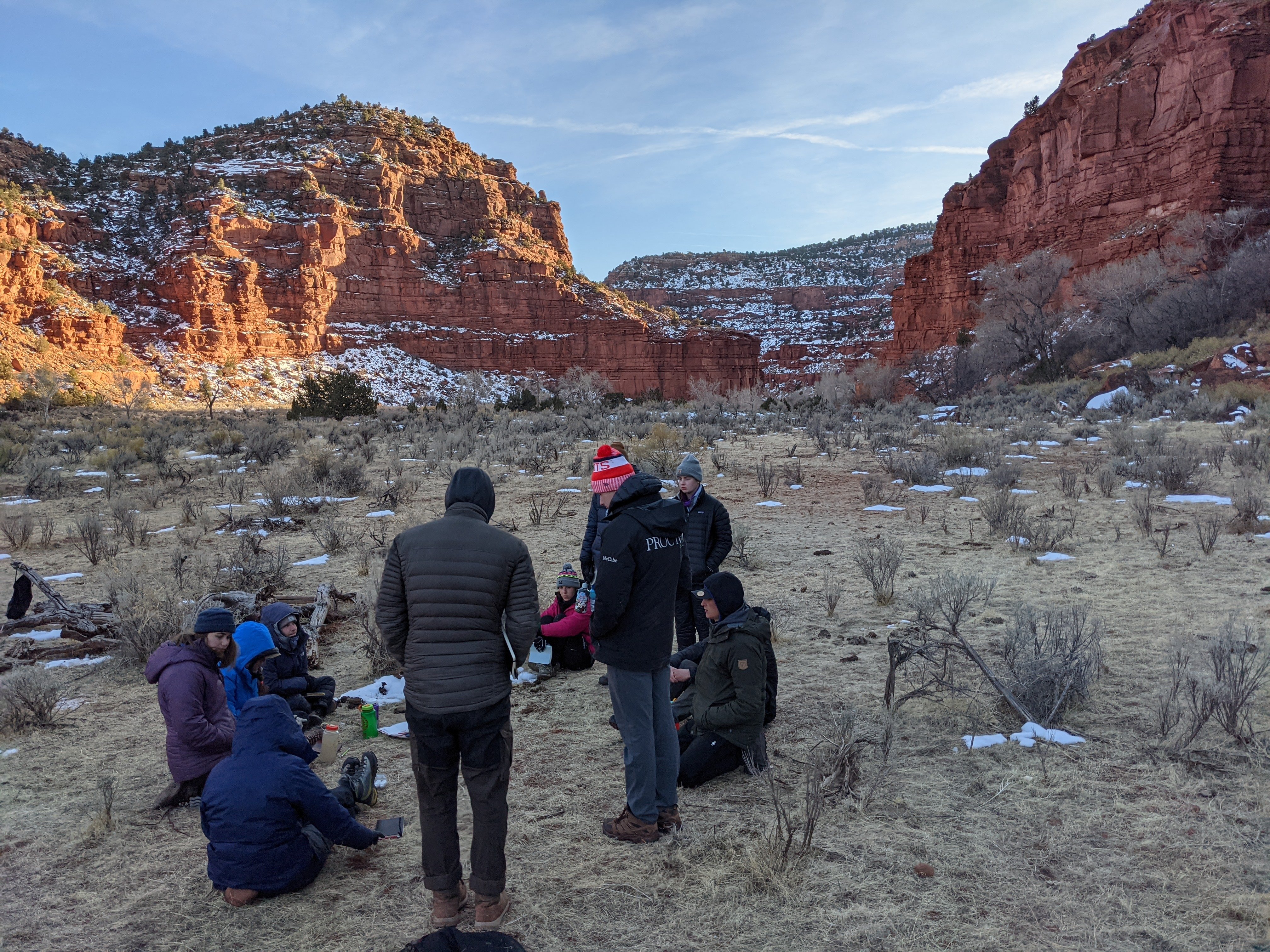 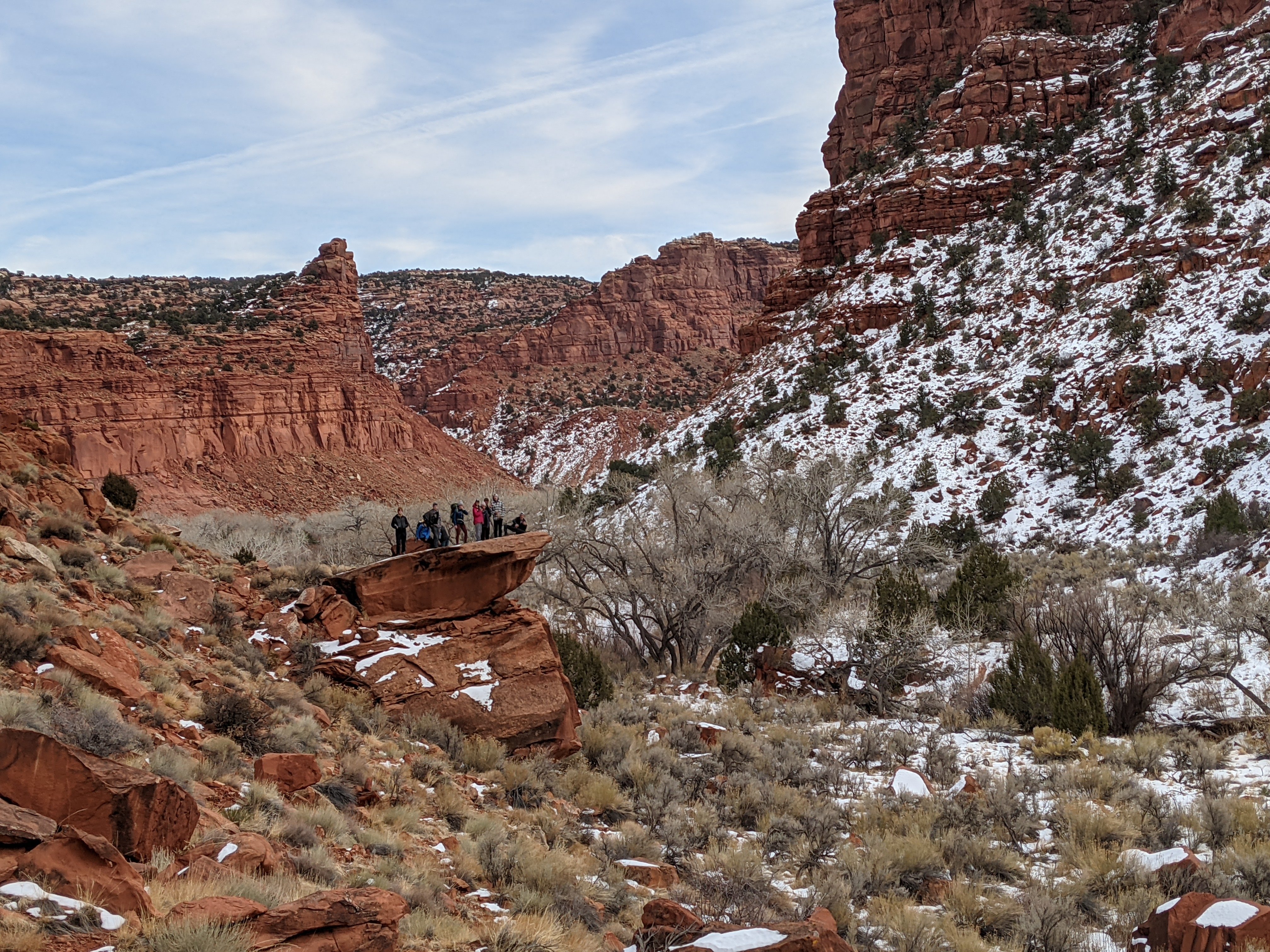 Later in the afternoon we went on a day hike, which turned out to be super cool. We found a rock ledge that looked straight out of Lion King so of course we had to climb it. We returned to camp, had dinner, evening meeting, and repeated the previous night’s activity of stargazing and talking. As you can probably guess, the next morning was pretty cold. Getting the tarp stakes out of the ground proved to be quite a difficult task as they were frozen solid in the sand. Eventually all of camp was packed and we hiked a short 1-2 miles to our next campsite, which was a really sweet spot with a great view of the canyons around us. After arriving at the campsite, we had lunch and then had a great group discussion about America and what defines a place. We were also taught a lesson by Sasha about flora, and then participated in an activity where we picked one plant species and had to tell the group why it was the best (and Prickly Pear cacti was definitely the clear winner). 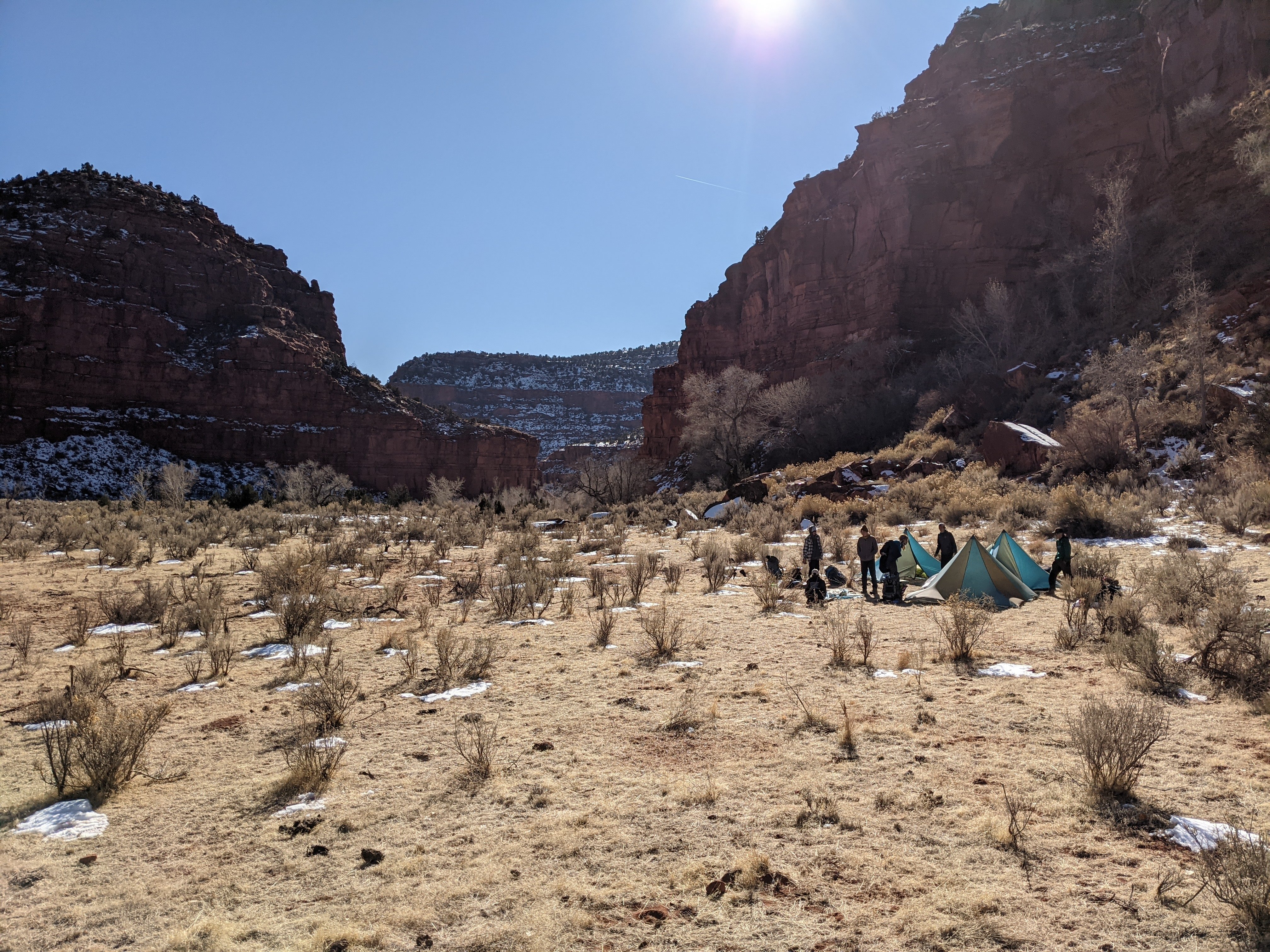 That night we all slept well knowing we would soon be reunited with Deb in the morning. We had an efficient camp pack up and set back out for the trailhead, trying to stay hydrated despite our frozen water bottles that also had quite a bit of sand in them from the river. We stopped for lunch around the same place we did on the first day, and then trekked the last couple miles to the bus, where we all enjoyed changing into dry shoes and socks and having access to the snack bin. I would most definitely say our first expedition was a success. We learned a lot both about the skills needed for backcountry camping as well as a lot about each other. Only two weeks into this trip our group has bonded so well and learned so much. The Paria River expedition was a great one, and set the bar high for the ones to come.