Mountain Classroom camped in Malibu with Mountain Classroom alumna Christine Walshe ‘97. Malibu put us within striking distance of Los Angeles for a couple day immersion in Japanese American history. We spent our first day taiko drumming at Asano Taiko U.S., and then the next day was devoted to exploring Little Tokyo where we visited the Japanese American National Museum and enjoyed bowls of ramen. Our curricula were grounded in excerpts from Snow Falling on Cedars in English and A Different Mirror on Japanese Internment Camps in social studies. From Malibu we drove north to Arroyo Hondo where we met Gabriel, who facilitated a workshop on how to kill and butcher a goat.

I wasn’t sure what to expect as I got ready for taiko drumming. Taiko drumming is a part of Japanese culture that made its way to America. I knew the drums were going to be big and loud, the physical exertion would be like working out, and it was going to get sweaty. When we first arrived, we met out instructor, Yuta. He gave us a tour of the building, starting with the numerous drums costing $20,000 and up, and ending with the shop in the back where his dad builds the drums. Then it was time for the best part, the drumming itself. 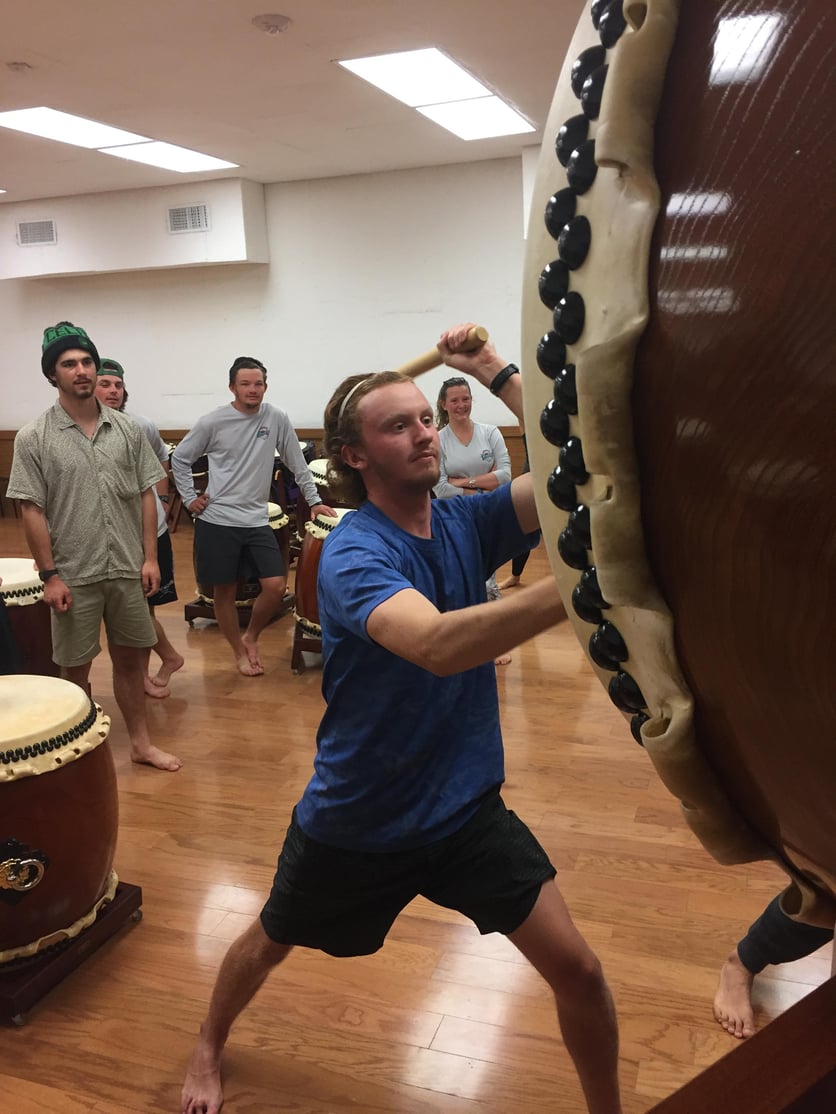 We took off our shoes and bowed our heads as we walked into the sound proofed studio, where Yuta shared that many taiko drum schools get kicked out of places for being too loud. A thorough stretch followed including stretches that I often do before baseball. If we were stretching like this, I knew that our whole bodies were going to be in use. Before getting started, one of Yuta’s associates joined to give a glimpse of what we were going to be doing. He was amazing. I stared in awe and was getting excited about my chance to start. Hopefully, my fifth grade drumming skills would do me well in this experience. 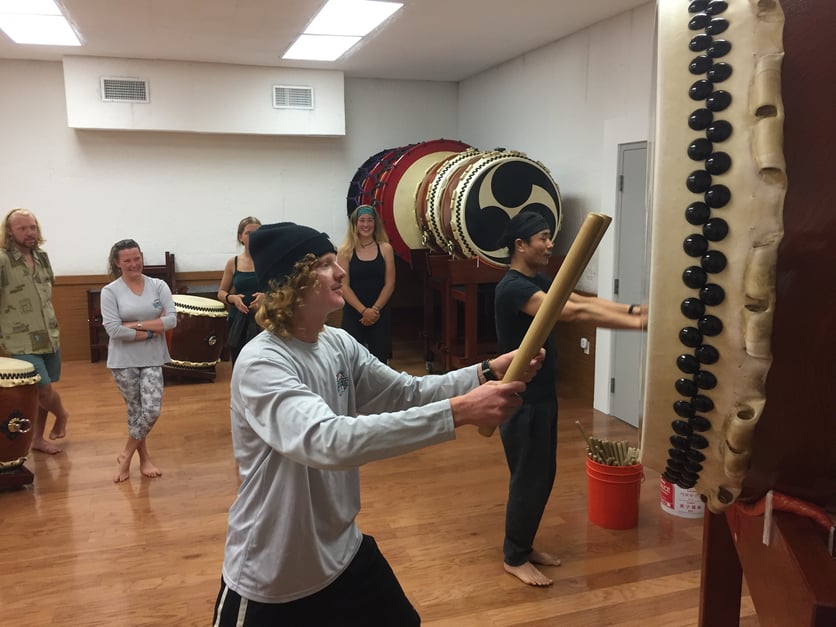 The first thing we talked about was grip, instantly I was taken back to middle school. On our first speed drills, where we simply drummed as fast as possible, I quickly realized that I had lost all inkling of what I had learned previously. As the time progressed we learned many different skills: how to play with wrists, just elbows, and finally full arms. All of this took great effort to make it look like I actually had any idea of what I was doing. We finished the first session with everyone trying to play together, but all I could see was Yuta’s cringing face. 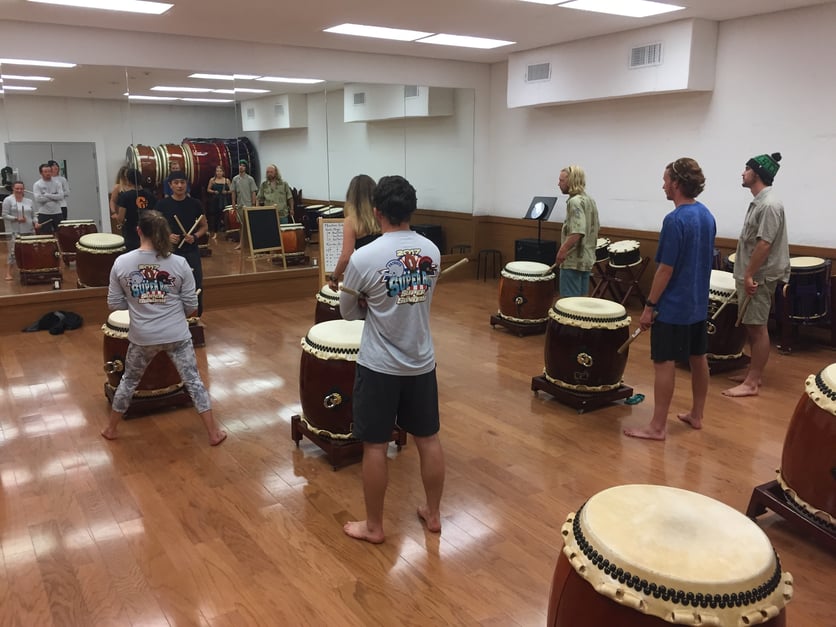 Starting back up again after lunch we used the abilities that we had just learned, in trying to play two songs. This is where concentration really became a factor along with being able to hear the others around me and adapt. Yuta continued his cringe, but as the day proceeded and we got better at drumming, he became aware of it and so did we. To finished out the day we all got to hit the largest drum they had, worth a quarter million dollars. This drum gave a whole new meaning to being loud and deep. This was definitely one of the highlights of my day.

I hope to be able to experience taiko drumming more in the future after meeting Yuta and drumming with him. Not being a musician or being involved with music at all, besides listening to it, this was a reminder of just how much fun it can be. 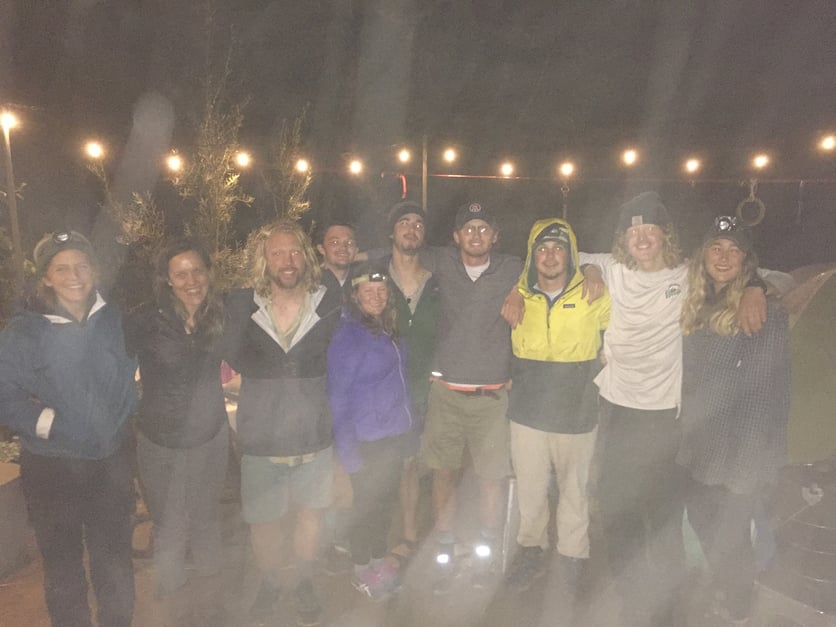 I have never been a part of killing an animal until a few days ago 30 miles north of Santa Barbara, California. The process of killing an animal seemed foreign until I saw the goat. The goat was such a jubilant animal as it pranced around the lush canyon where we were staying. The man who was guiding us through the process, Gabriel, had been a part of killing and butchering about fifty animals so everyone was keen to listen. One thing that he said that stuck with me was a story from when he ate at a fast food restaurant but he couldn’t stand eating his burger because he wanted to know how the animal was treated. 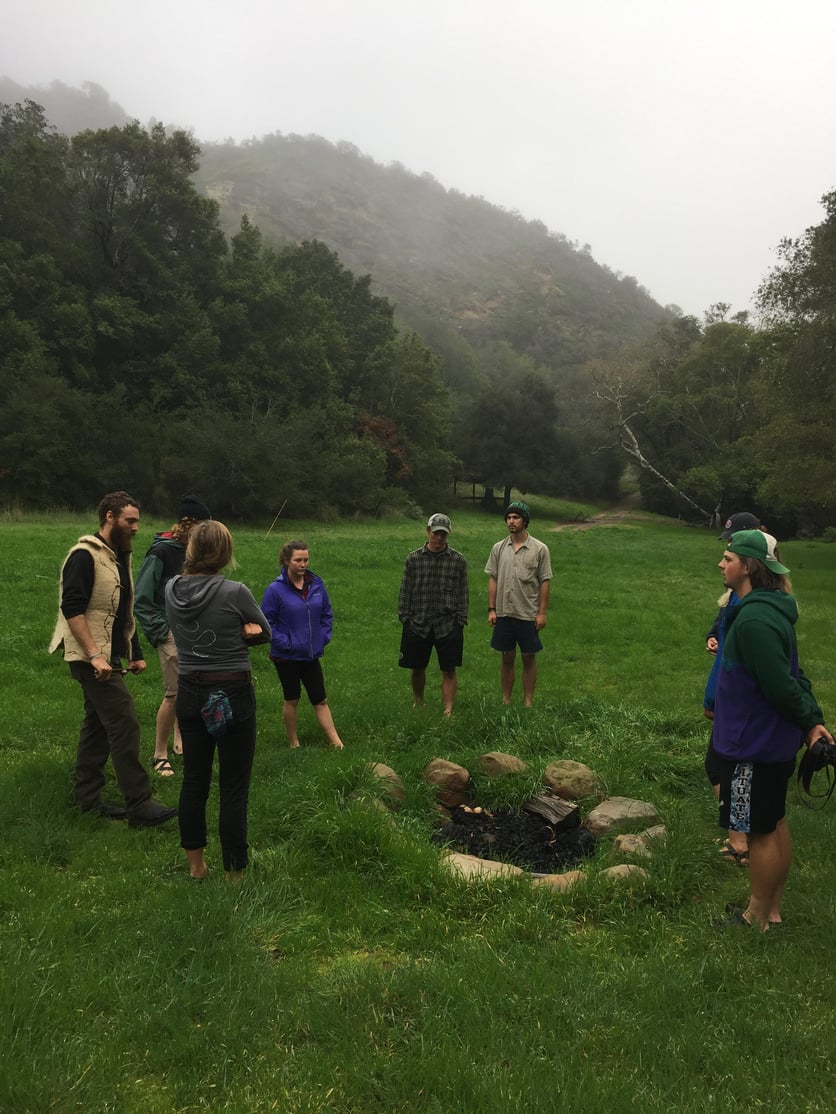 I raised my hand when Gabriel asked who wanted to kill the animal.  I raised my hand with good intentions and I felt a connection to the animal. As we circled around the goat I felt some energy and started to cry. I could not kill the animal but I had decided to. I leaned toward the goat and kissed it on its stomach. As the animal died my emotions started to show. Tears rolled down my face as I processed the death of a goat that I had only known for a few hours.

I learned that death is a horrible thing. I know now that life is short. The goat will always be in my heart and the lessons I learned will stay with me forever.