Proctor's Winter 2019 Mountain Classroom group survived their first two weeks on the road, including a canoeing adventure through the Okefenokee National Wildlife Refuge. Sleeping on rafts in the middle of the swamp, out-paddling alligators, learning to cook meals and to trust each other were just a few of the challenges. Jane '20 shares the group's first reflection below.

Today marks the end of our first expedition, which took place in the Okefenokee Swamp in Southern Georgia. Our days consisted of early wake ups, scrounging up whatever meal concoction we could in attempt to get a little bit of energy for the long day ahead. All together we paddled 42 miles (if my math is correct) through a gorgeous, but seemingly deadly swamp. After seeing about ten alligators they simply seemed like common place squirrels, and the snapping turtles nothing more than ants. 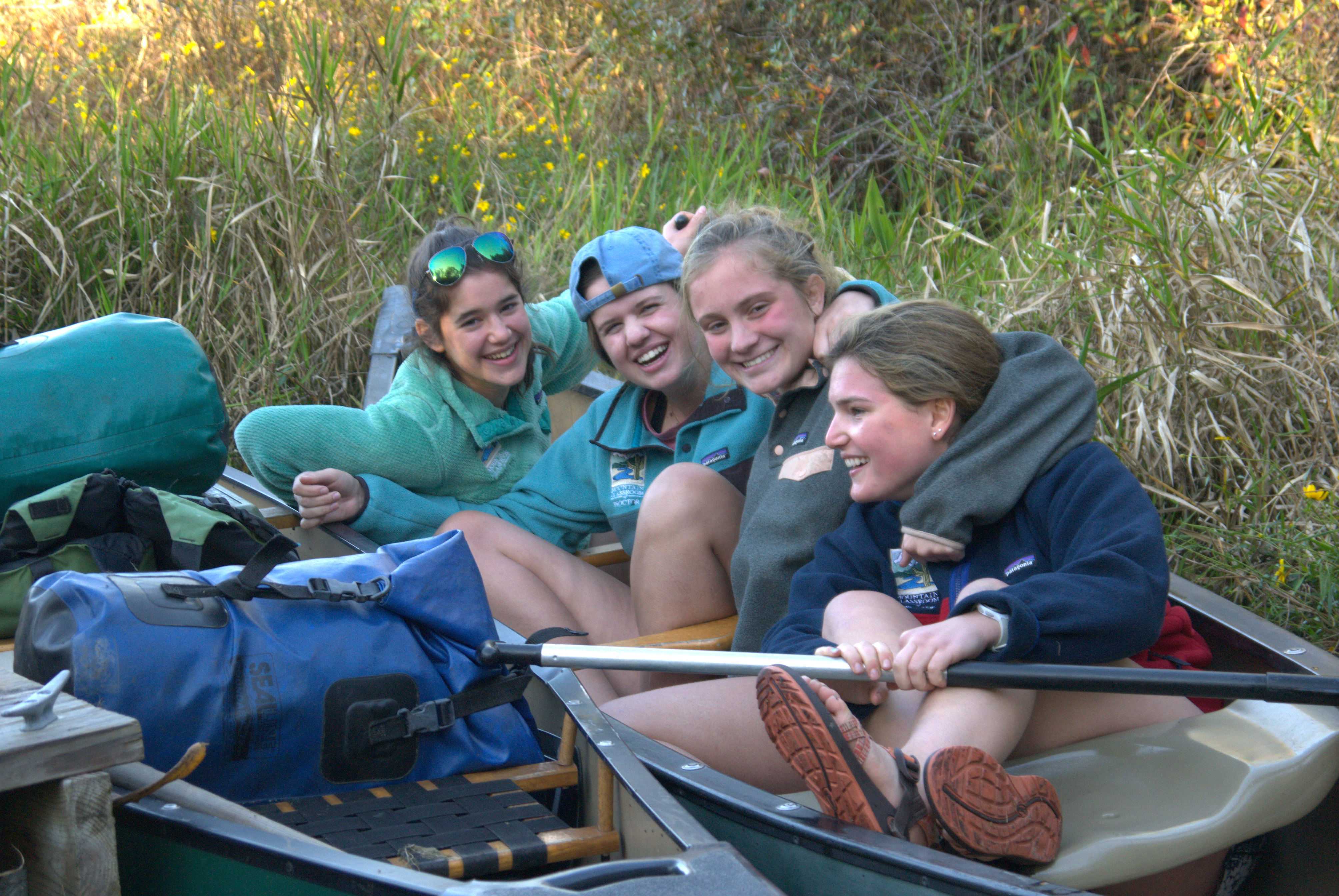 Throughout the first two days of the trip, our guide was a Santa Clause-like man, named Chip, who seemed to know more about the swamp than the swamp itself. He had a fabulous Southern accent which all of us took the opportunity to imitate, (with his permission of course). When we decided we should probably ask him if we can talk in a southern accent, he replied “Only if you’re doing it right”. Following this statement we received many lesson on how to actually speak in this accent without being too offensive. 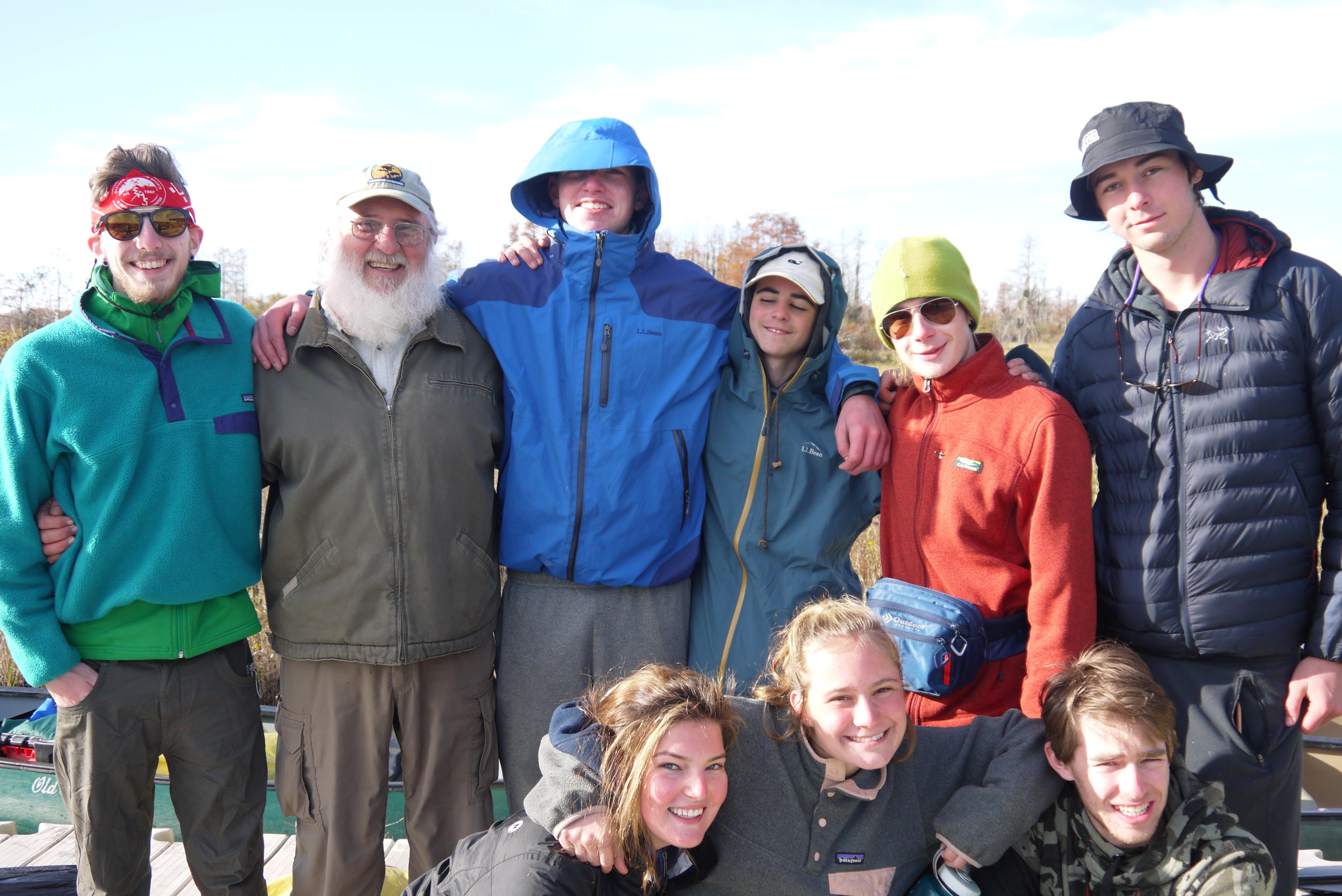 At one point during the expedition I was paddling with Will, taking up the rear of our canoe fleet as we tended to, accompanied by Chip, and we discussed hunting. Although he is a well-educated naturalist he grew up in a culture which hunts a lot, he described how he rarely shoots anything anymore because he is too “soft-hearted”. It was the sweetest thing I’ve ever heard. On our last night with him, during evening meeting in the “appreciation” portion of it, he took the liberty of contributing an appreciation of his own. He said that our group reminded him of why he loves his job: to teach fun and curious people about the swamp; a place near and dear to his heart. I think it’s safe to saw we all want him as our grandfather. 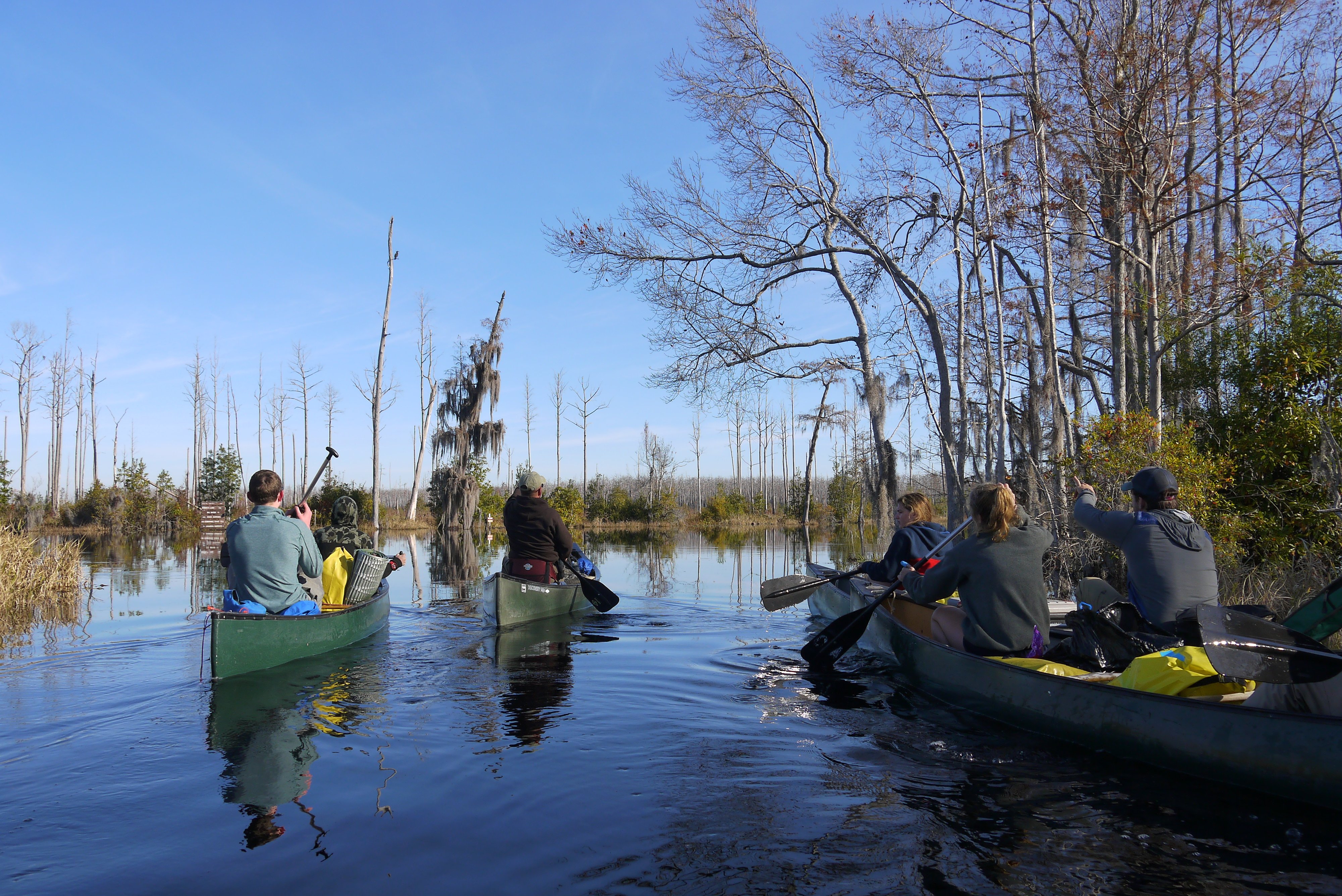 One of the most magical aspects of the trip was one morning almost the entire group woke at 6, through no prior planning, to watch the most gorgeous sunrise. Lying on a 20 by 20 floating raft, with the cool wind making tears in my eyes, I felt oddly connected to the Earth. 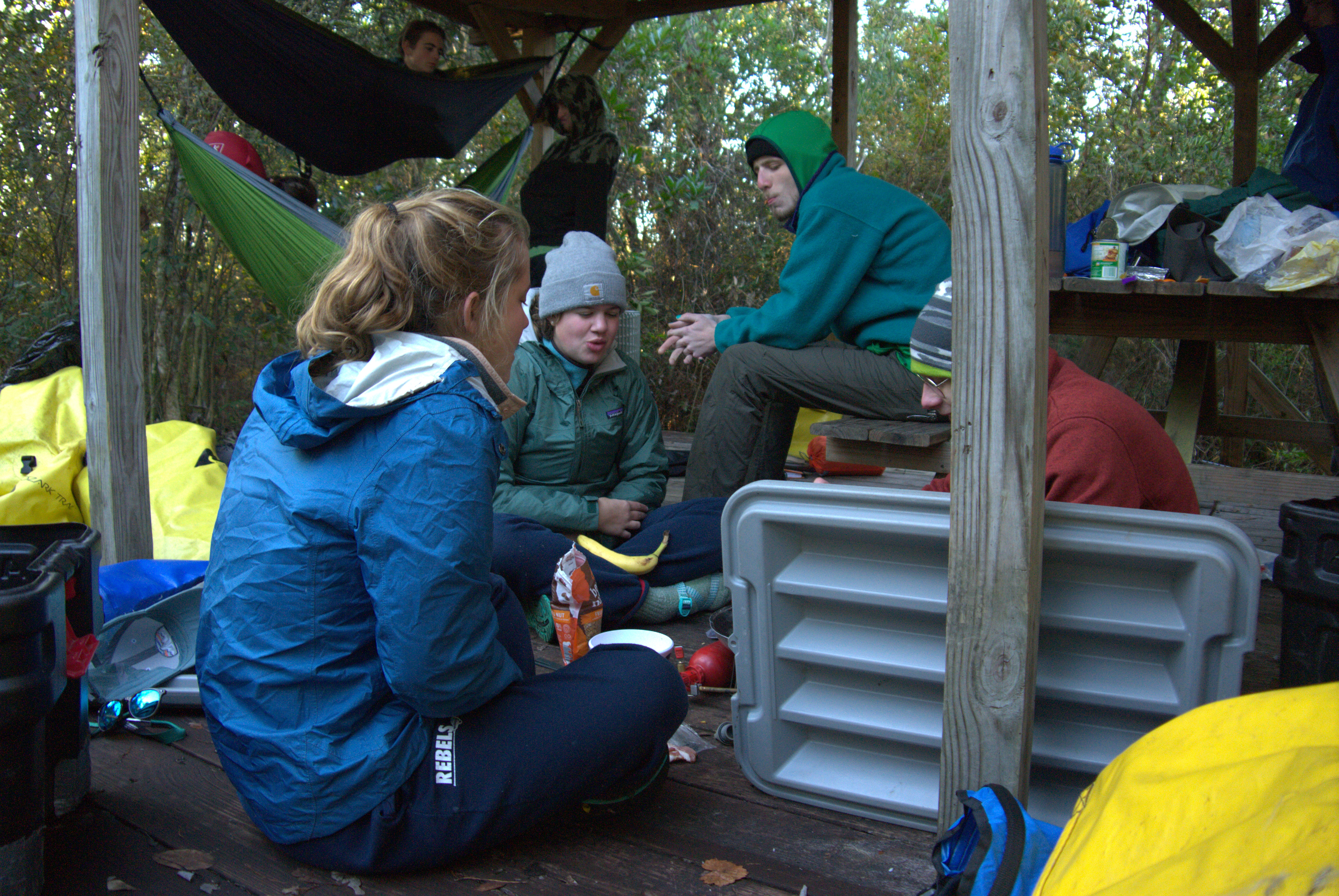 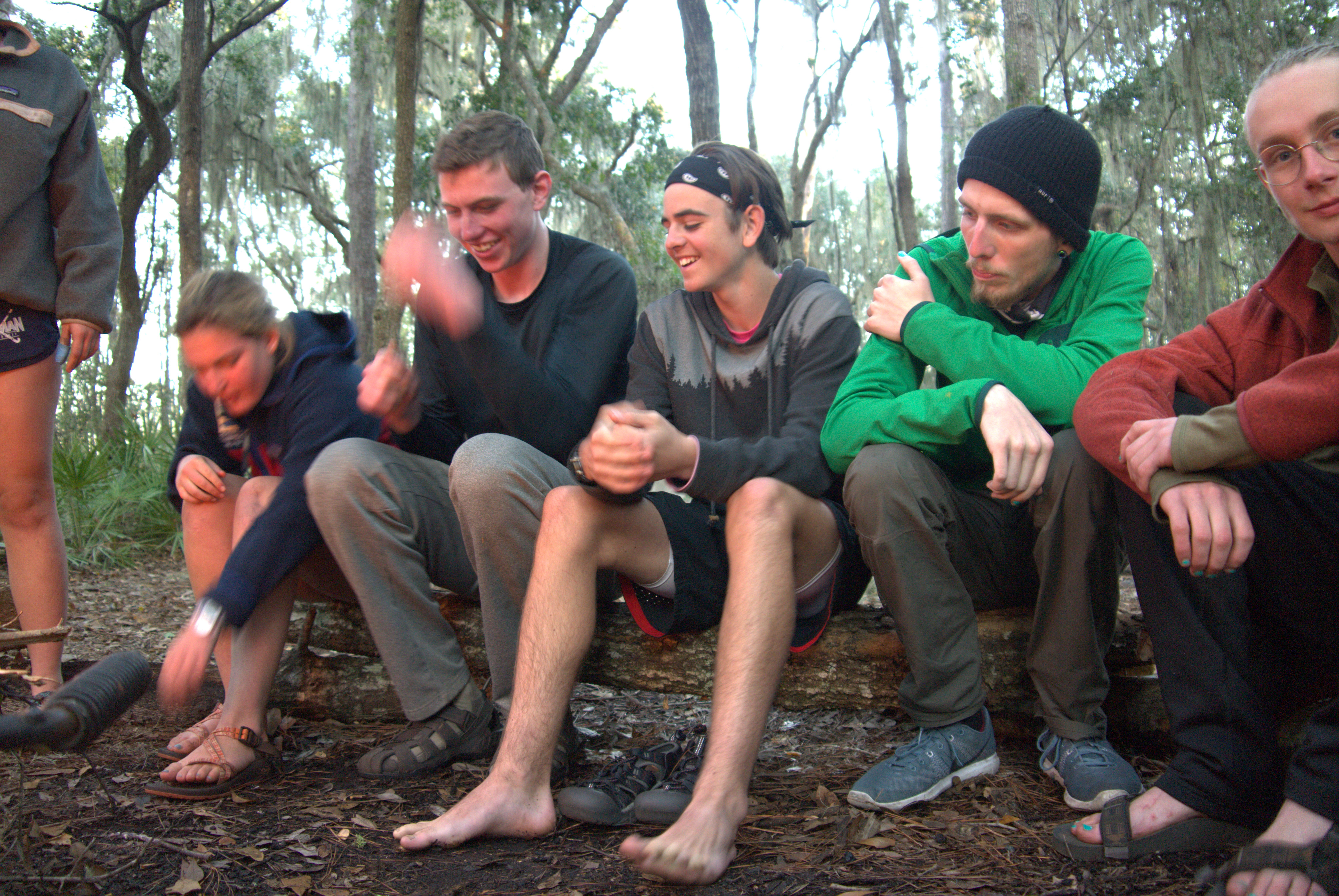 My other favorite part about the trip was two nights ago sitting around a campfire with our other guide, Matt. Drake passed him a guitar and he broke out one of John Denver’s best, “Take Me Home, Country Roads”. This was amazing. The entire group was singing along, even those who prefer heavy metal to country folk. Matt is a quiet, yet strong person. He began singing “Sweet Home Alabama”, and about a minute in, he started dying laughing. When asked what he found so funny, he replied, “Now you see, I’m a pastor, and this song isn’t the most appropriate, and I can just imagine a few of the faces of the older folks in my congregation. They wouldn’t be happy”. Then he continued to laugh. At that story, the entire group couldn’t help but giggle. 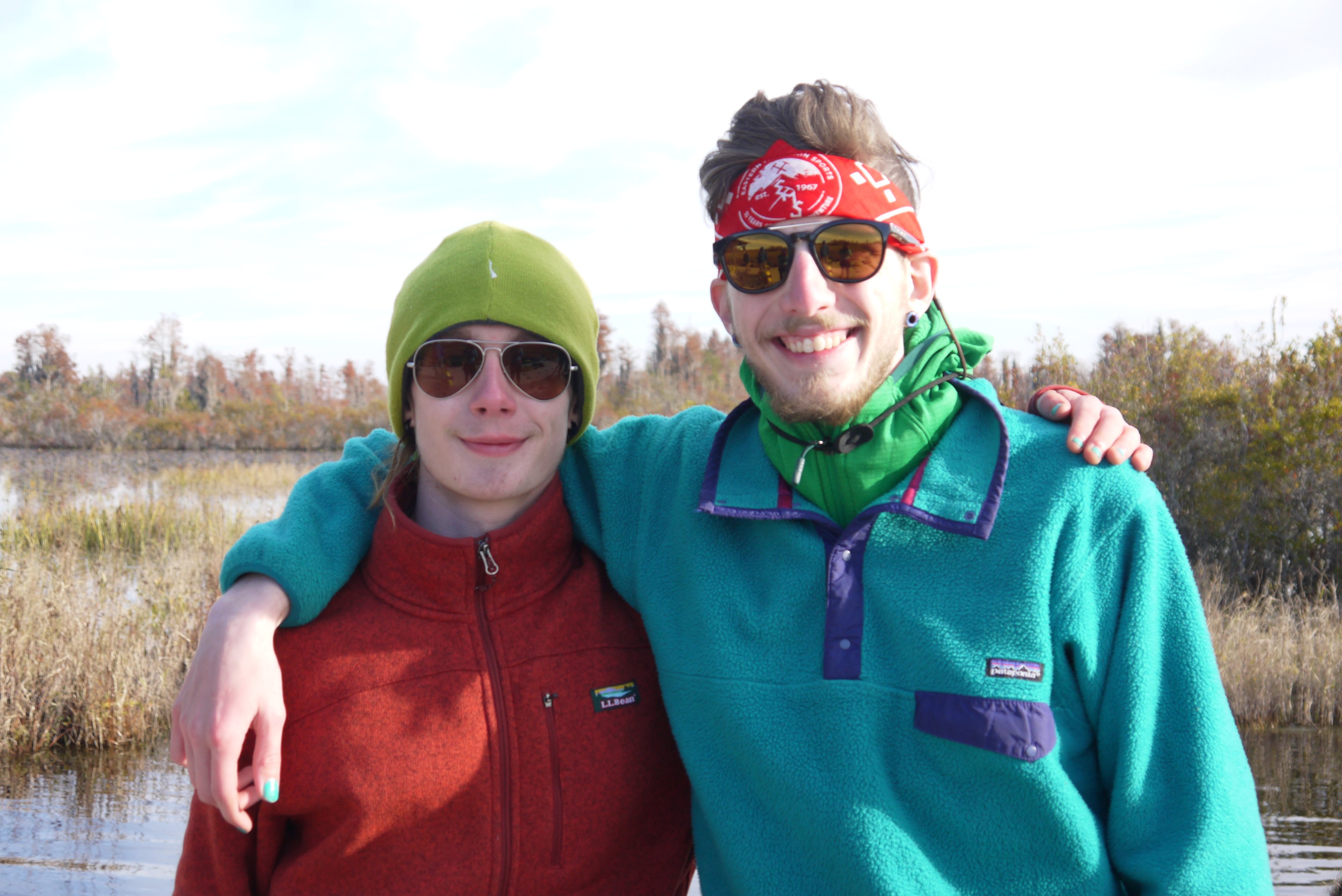 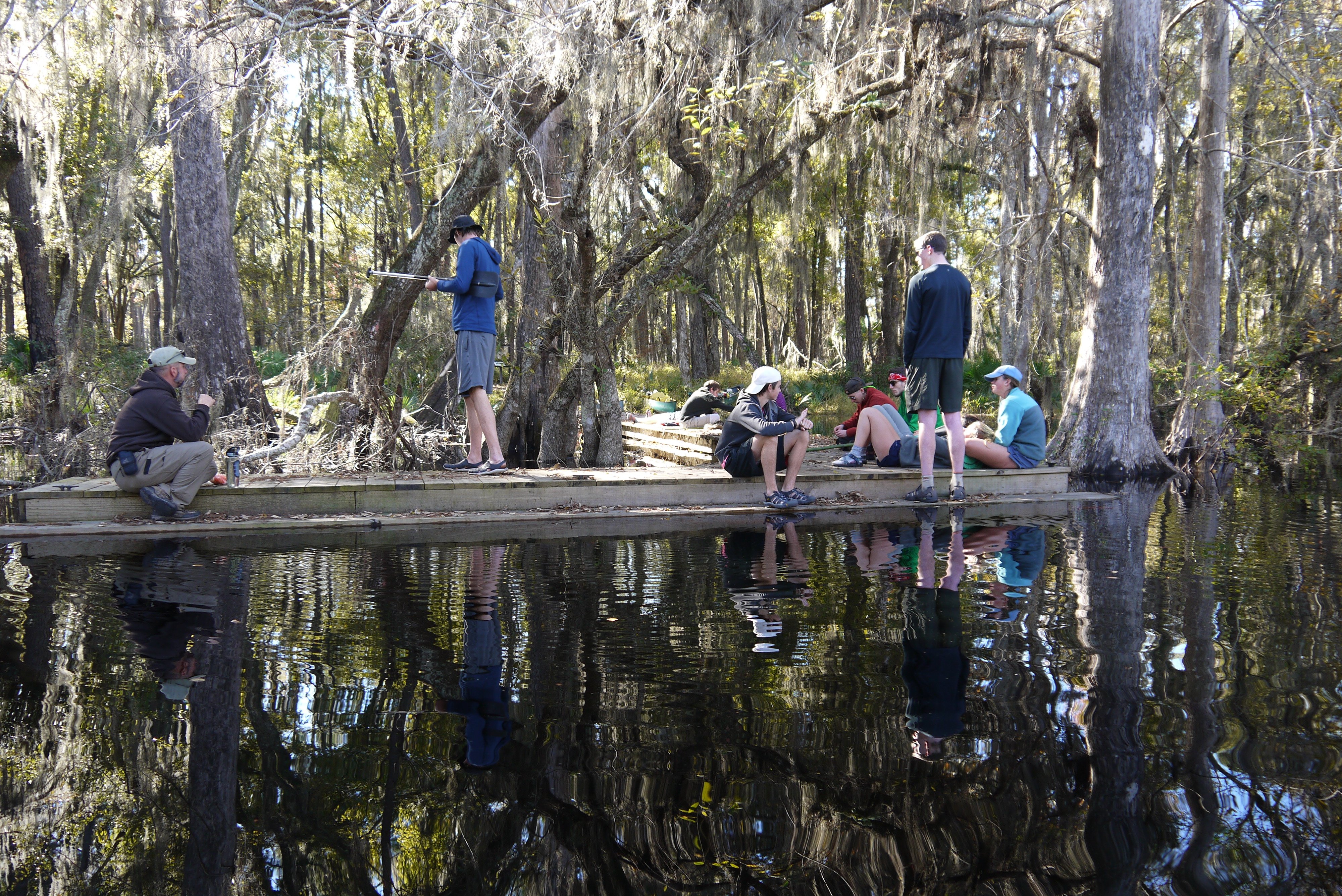 Lastly, something new I discovered on the expedition was something called a Ram Bomb (pronounced rom-bom). The mix of ramen with instant mashed potatoes. Together these two create a meal so gross it’s almost good. Almost. Charlotte and I definitely felt sick afterwords however it was worth it because it filled us up, which was something we really needed. (Our food group didn’t really bring enough food). From sunrises to singing and from singing to Rom Bombs, I’d say our first expedition in the wetlands of Southern Georgia was a success! 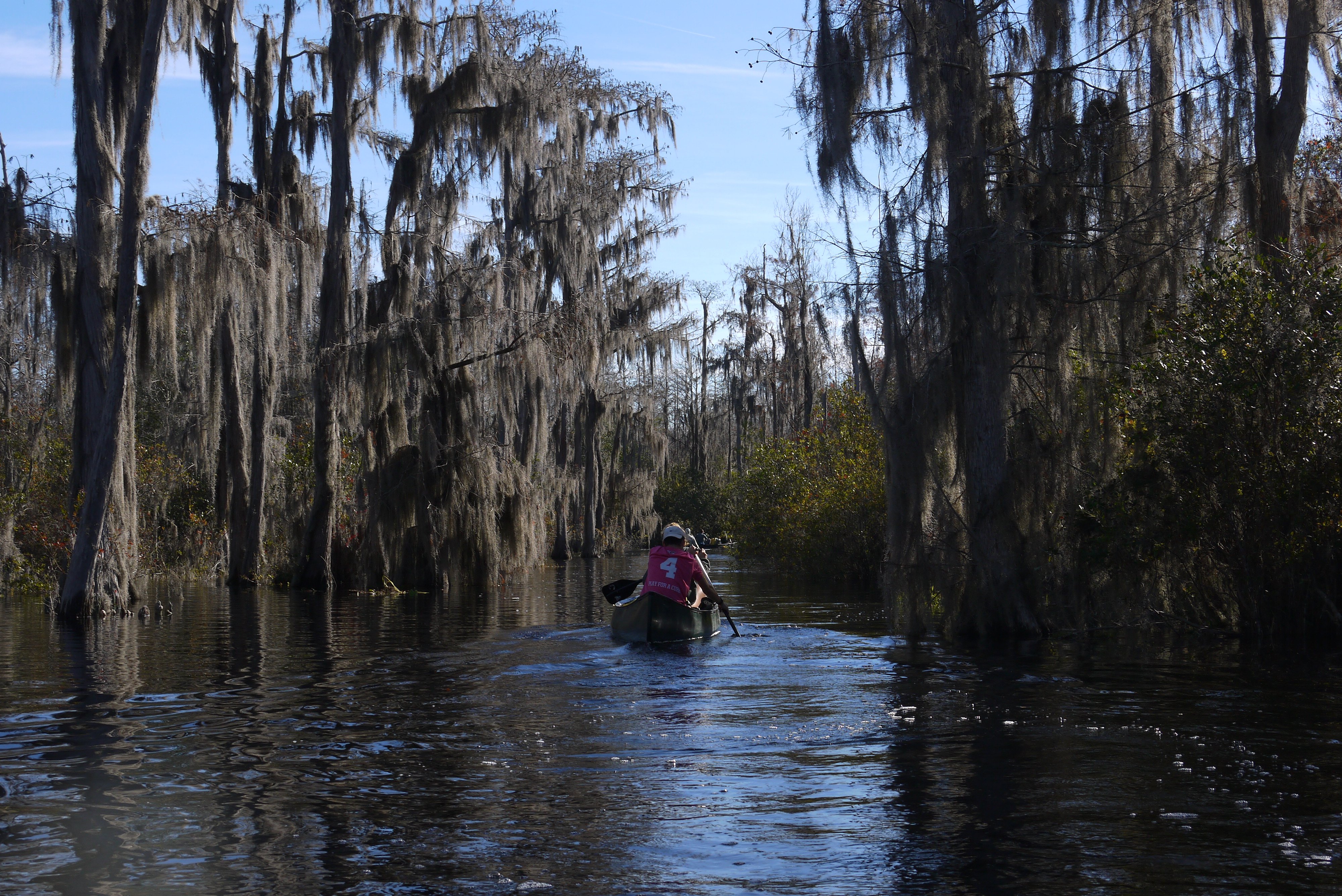 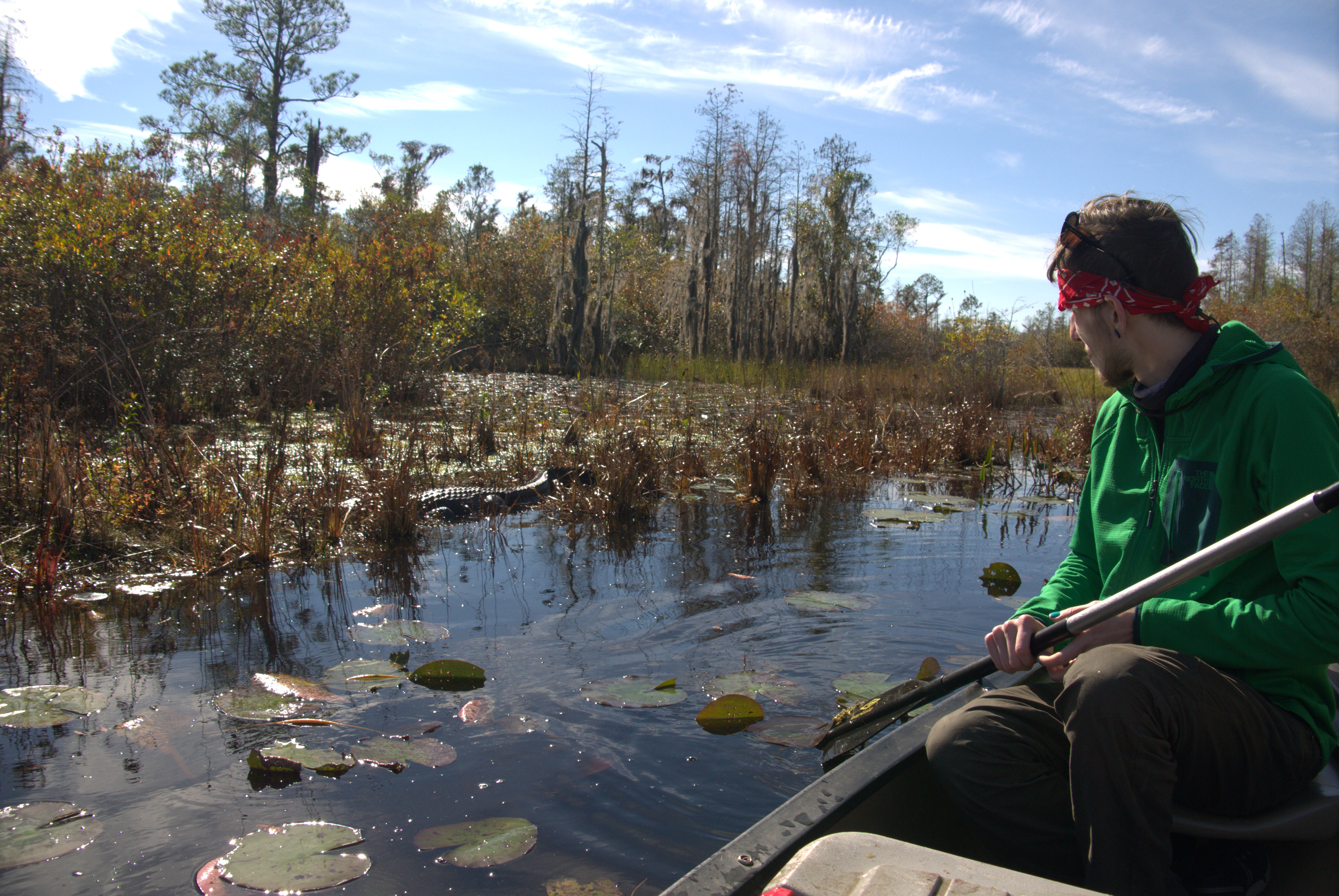