After solos Proctor Academy's Mountain Classroom group headed to the Tohono O'odham Reservation on the Arizona/Mexico border. Taking day hikes in the midst of the stunning natural beauty was the perfect way for everyone to process their solo experiences. The reservation also provided an ideal location for jumping into the term's final academic chapter where we are studying Native American history and fire ecology. From the reservation we drove north to Maricopa for the primitive skills gathering Wintercount.

Meredith ’17 reflects on her solo:

Solo was a journey where each one of us was alone for four days and three nights. We learned things about ourselves that we wouldn’t have with the influence of others. The night before solos a few students stayed up as late as we could, knowing that we would not have human interaction for the next few days. The morning arrived and the bell rang out silencing each of us until we were alone at our solo site. 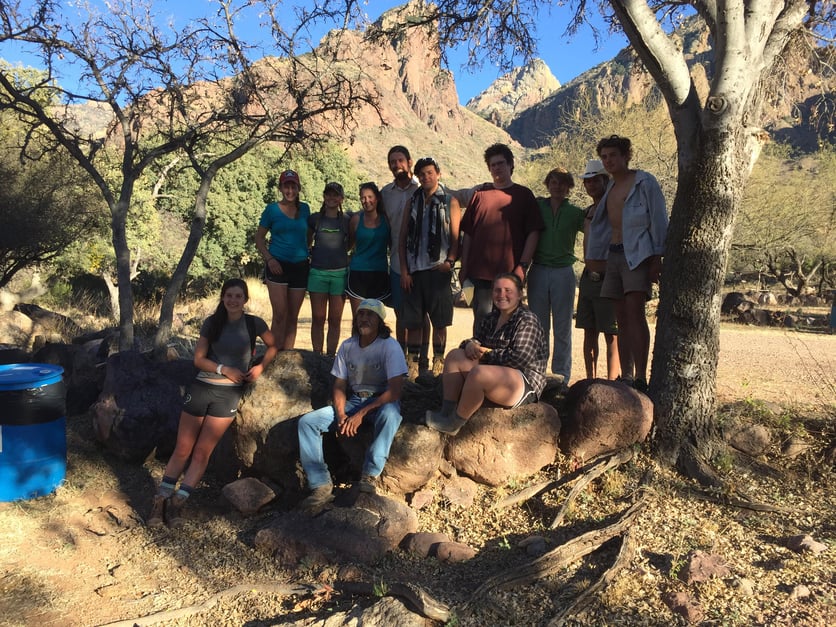 We walked along the canyon walls eroded by the historic rivers and streams that had once resided in the now dry landscape. Saguaros stood in silence around us. They would be the closest thing to humans that I would witness in the next few days. As we came to a split in the washes I knew it was time. Timbah walked me to my new home. He then walked away to lead the next person to their isolation.  I watched him knowing he was going to be the last person I would see. I immediately wanted to distract myself, and so I started to create my home. I dug two holes and realized that I needed poles. I searched my drainage, found two dead mesquite limbs and made them into somewhat straight poles. I put them into the ground, filled the holes back in with sand, and covered the mounds with rocks. I sought out larger rocks and tied the four corners of my tarp to them and pulled the lines tight. My shelter was finished and suddenly I felt okay. I was able to function on my own. I could be independent.

I started to connect more with my surroundings as I realized that I could dwell in the sweltering desert without my Mountain Classroom community. I talked a few times a day to myself, but otherwise I was silent. I could hear the difference between the humming of a bee and the buzzing of a fly. I could hear my heartbeat and my brain think. I saw bellowing birds, lazy lizards, and golden grass. I felt for the first time influenced by the Earth’s calmness instead of my, at times, rambunctious peers. I woke when the sun crept from the depths of the mountains, and fell asleep when the sun receded into the western hills. The days flew by and I knew it was my last night. I was afraid to go back to people. I knew I would miss the connection with my oasis, as I came to call it. As Timbah walked towards me I discovered that I was ready and that what I had learned on my own I would try and practice within the group: to listen, to experience, and to adapt. 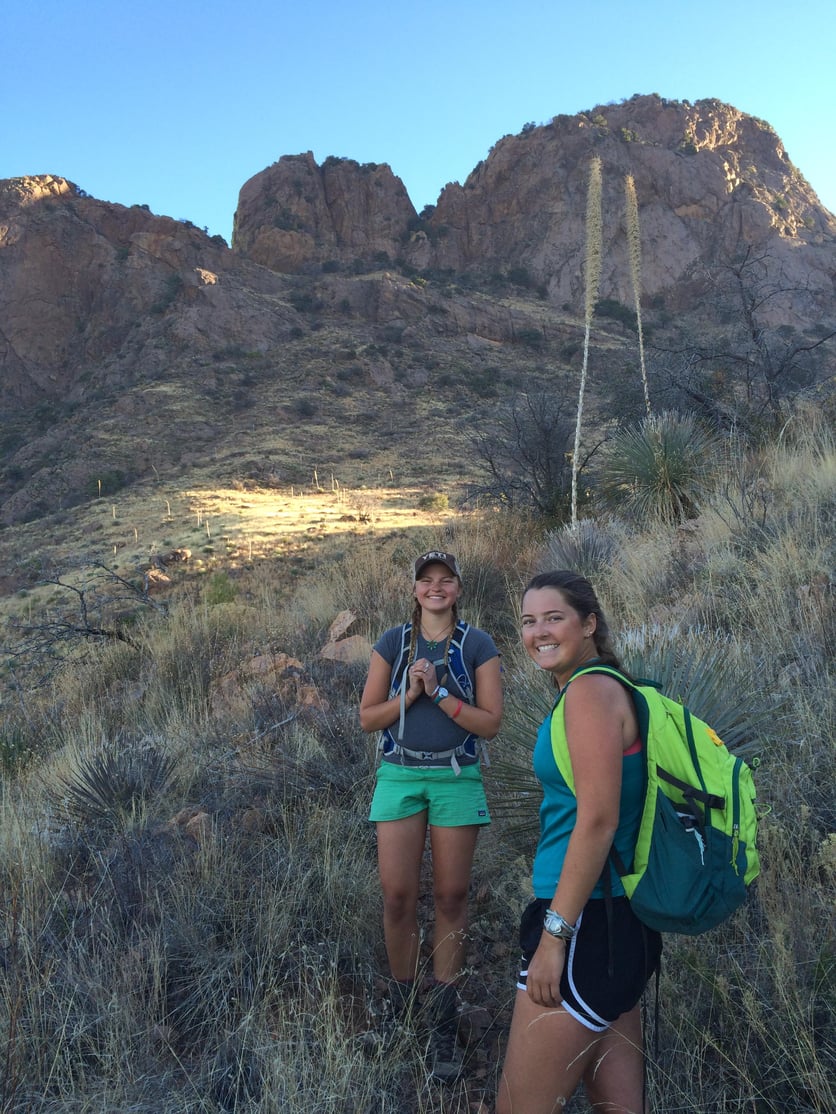 Lilah ’17 shares about our time on the Tohono O'odham Reservation:

On Friday we returned to the Baboquivari Mountain Range. The day before we had hiked up the sacred Baboquivari Peak. Now we were setting off to hike to the home of the Tohono O’Odham god, I’itoi.  The Tohono O’odham tribe’s legends say that I’itoi lives in a cave that is about a mile up from the trailhead at the bottom of the mountain.

We started on our journey to I’itoi’s home with our native hiking guide, James, who took us up the peak the day before. If you did not know where the cave was you would probably walk right past it. The entrance is roughly three feet tall by one foot wide. After figuring out how to wedge myself through the opening I entered a pitch-black world. As my eyes adjusted to the darkness I began to see the expansive cave in its entirety.  Before we started our journey our host, Bernard, told us of how important it is to leave an offering for I’itoi as a sign of respect for him and his home.  The cave was filled with everything from traditional staffs and weavings to necklaces and money. 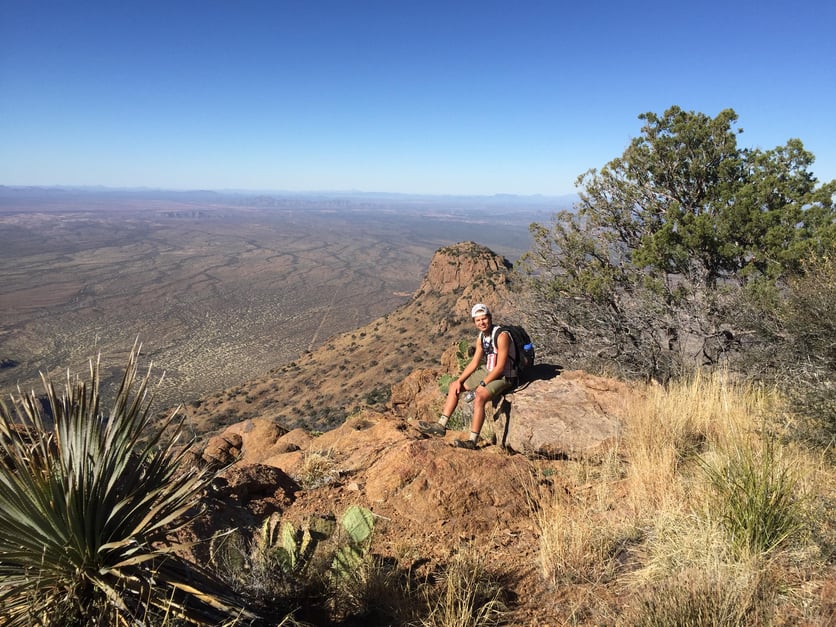 James entered and lit a bundle of creosote, filling the cave with the scent of the desert.  Silence was the only language spoken as we all filled the cave with our thoughts and the offerings that we brought with us, lingering in the air with the creosote.  As we all slowly trickled out of the cave independently we each walked off to find a place to sit and look out at the amazing landscape that was in front of us and appreciate the beautiful day.  We arrived with respect, offerings and good thoughts and left with light hearts and the smell of creosote on our skin.