Ocean Classroom: Lessons in the Unexpected

Proctor's winter Ocean Classroom program in collaboration with the MET School of Providence, RI and Sailing Ships Maine has been sidelined in Brunswick, Georgia for a week as the crew has dealt with managing COVID-19 cases on board the ship. While the turn of events over the past weeks has been challenging, and disappointing, the resiliency and positive attitude of the students on board, the tireless hard work by the Captain and crew, and the support of parents have been inspiring. With open seas in sight, Calvin '22 reflects on the past week aboard (and alongside) Harvey Gamage. 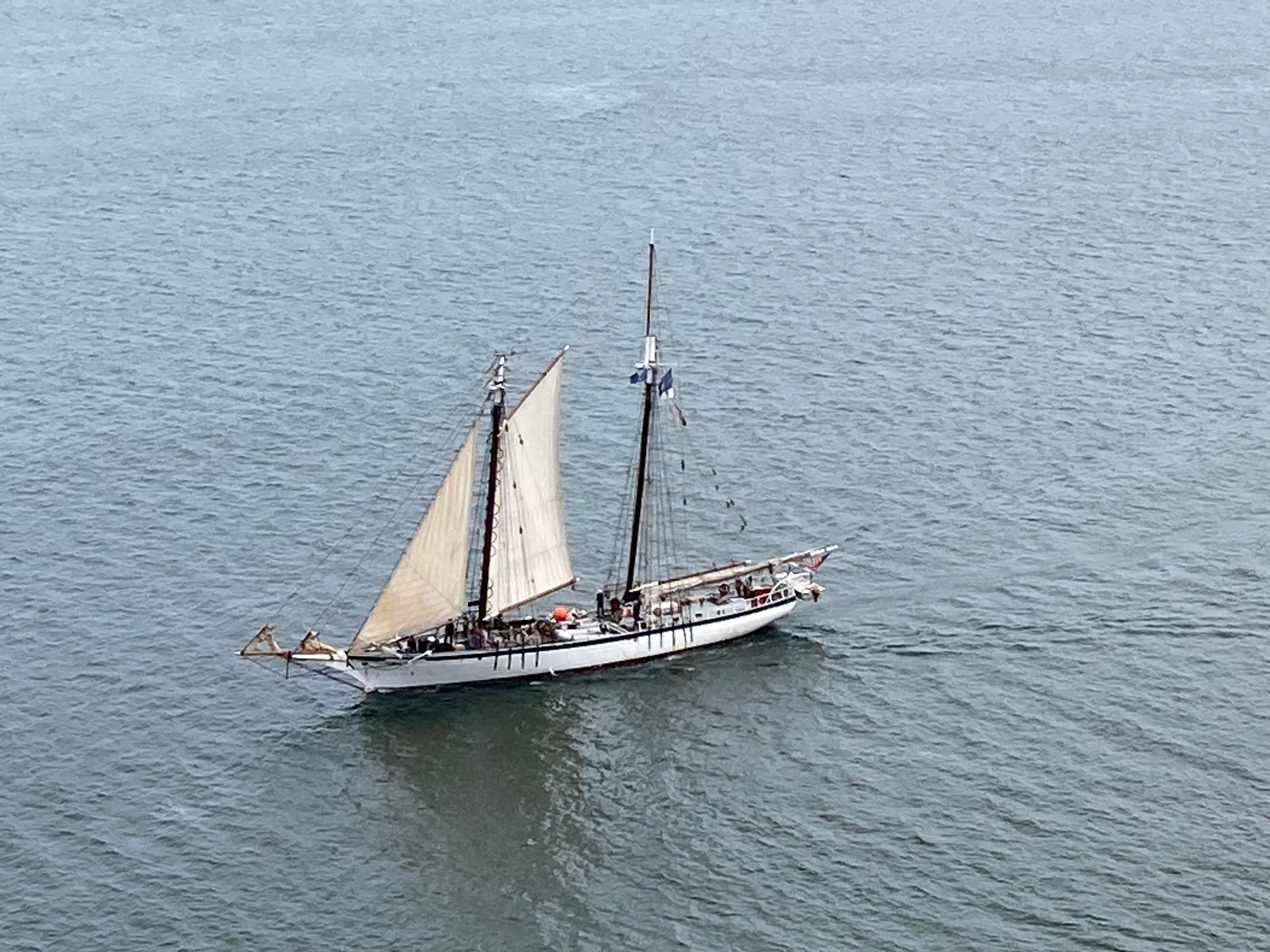 Walking across the beach, I was approached by this woman walking her pit bull who lived in a condo by the beach. She commented on my shirt, and it turned out she went to the same college as my sister. Deep into a thirty-minute conversation about my experience on the Harvey Gamage and the black history curriculum, she surprisingly started talking about a rabbi in town. The rabbi was involved with the Ahmaud Arbery trials. Being Jewish, I was super intrigued, especially when she proposed that she could set up a time for the rabbi to come and talk with the crew members. I was psyched!

The Brunswick-based Rabbi, Rachel Bregman virtually joined the crew of the Harvey Gamage today to share her involvement with Clergy for Equity. This supportive group of religious leaders in the community formed due to the murder of Ahmaud Arbery, and the need of emotional support for the community. According to a local news article, “On Feb. 23, 2020, the McMichaels armed themselves and pursued Arbery in a pickup truck after seeing him running in their neighborhood just outside the Georgia port city of Brunswick. Bryan hopped in his own truck and recorded video on his cellphone as he joined the pursuit, capturing the moments when Travis McMichael blasted Arbery with a shotgun.” 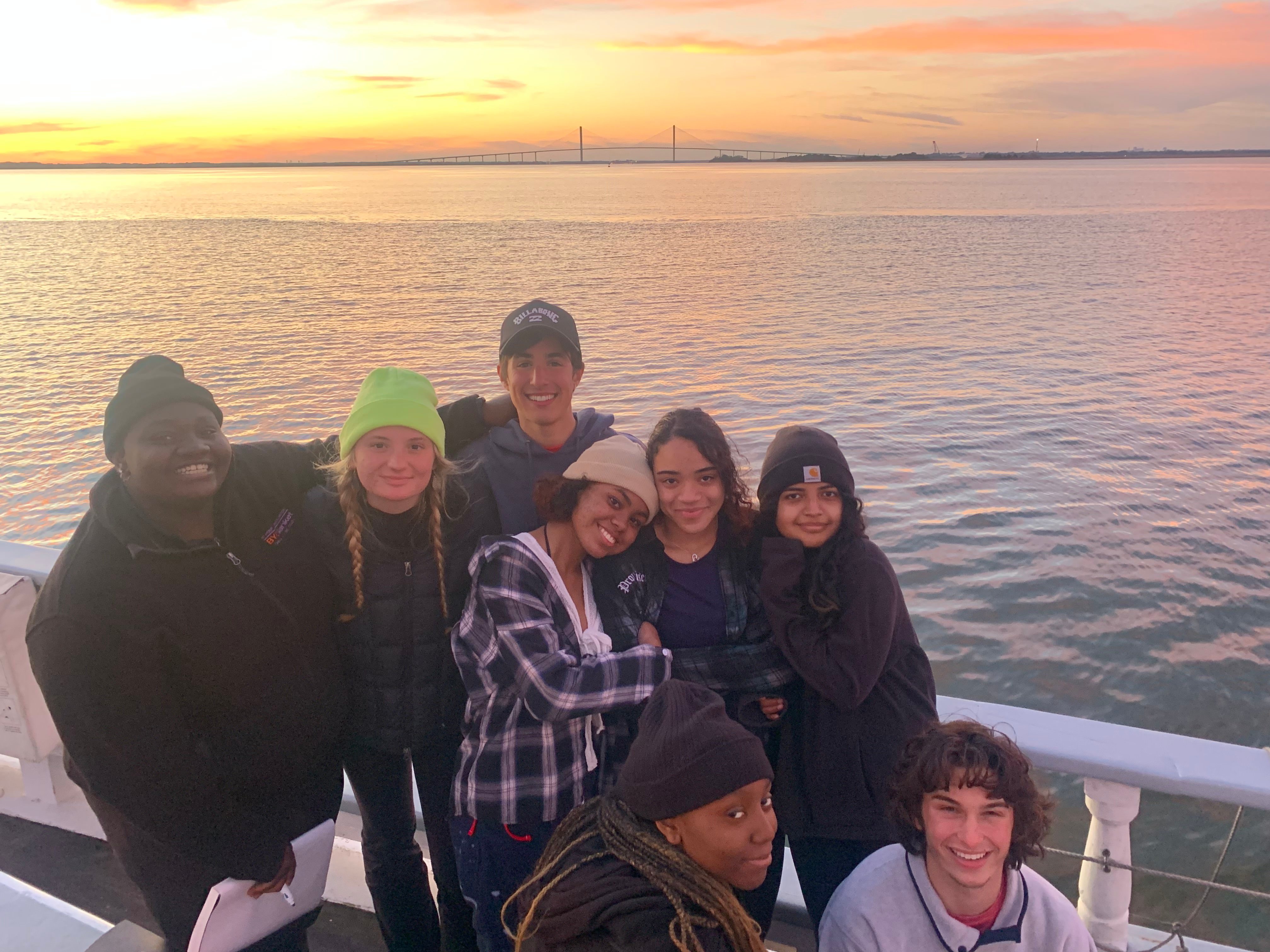 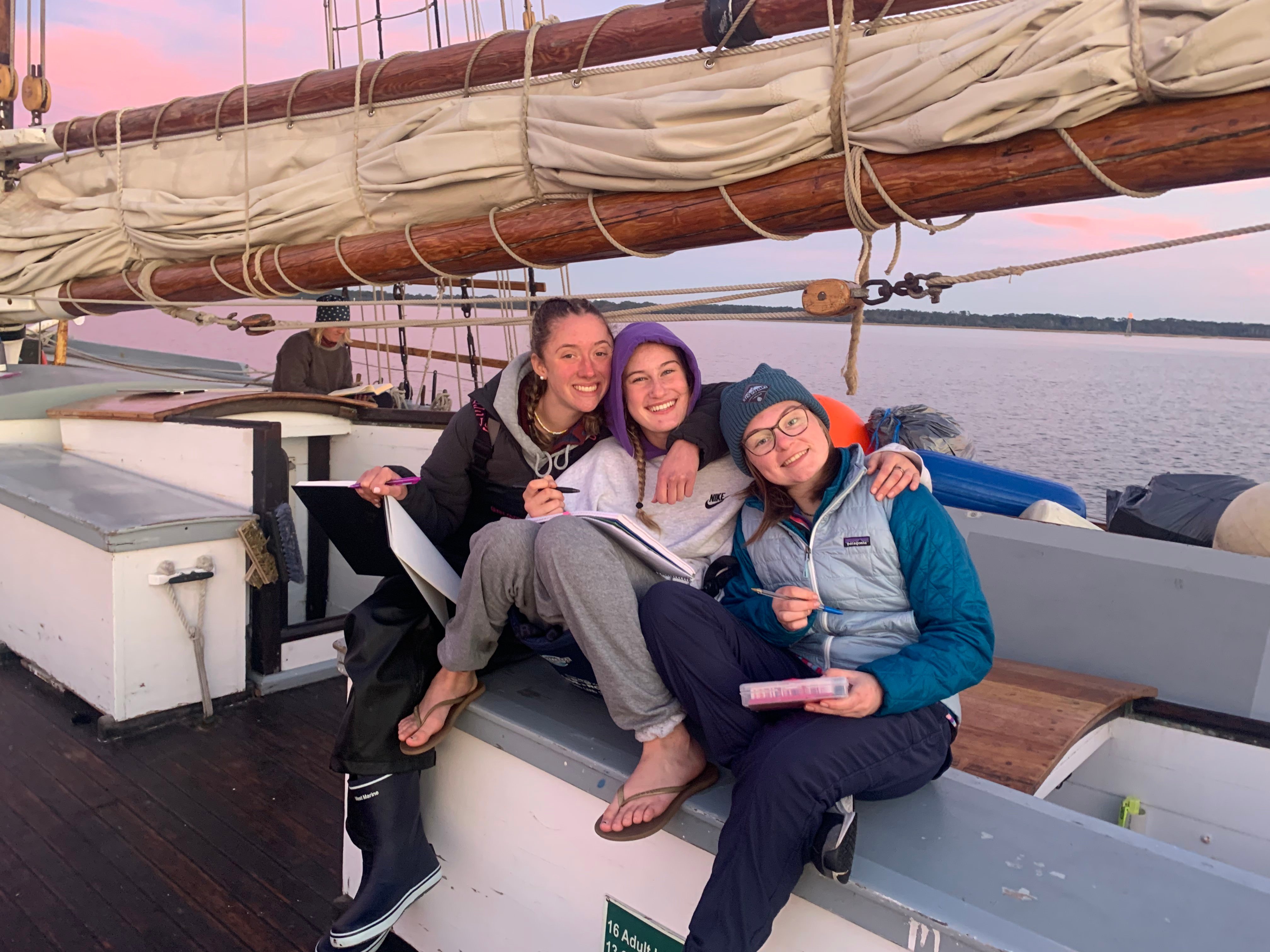 Rabbi Bregman, along with her counterparts, worked through racial equity training to fully support her community and synagogue members. She challenged her white privilege and was able to get into discussions with people wanting to learn about the trial. The Clergy for Equity group set up camp outside the courthouse during the whole trial, answering questions and giving out awesome stickers - they look really cool. They amazingly succeeded in maintaining a nonviolent trial. They held prayer vigils and marches, all nonviolent. On the zoom, Rabbi Bregman spoke on intersectionality and its relation to the trial in Brunswick. She continued on sharing her personal holistic view on both parties involved - not only does she feel sorrow and grief for the Arbery family but the McMichael family too. 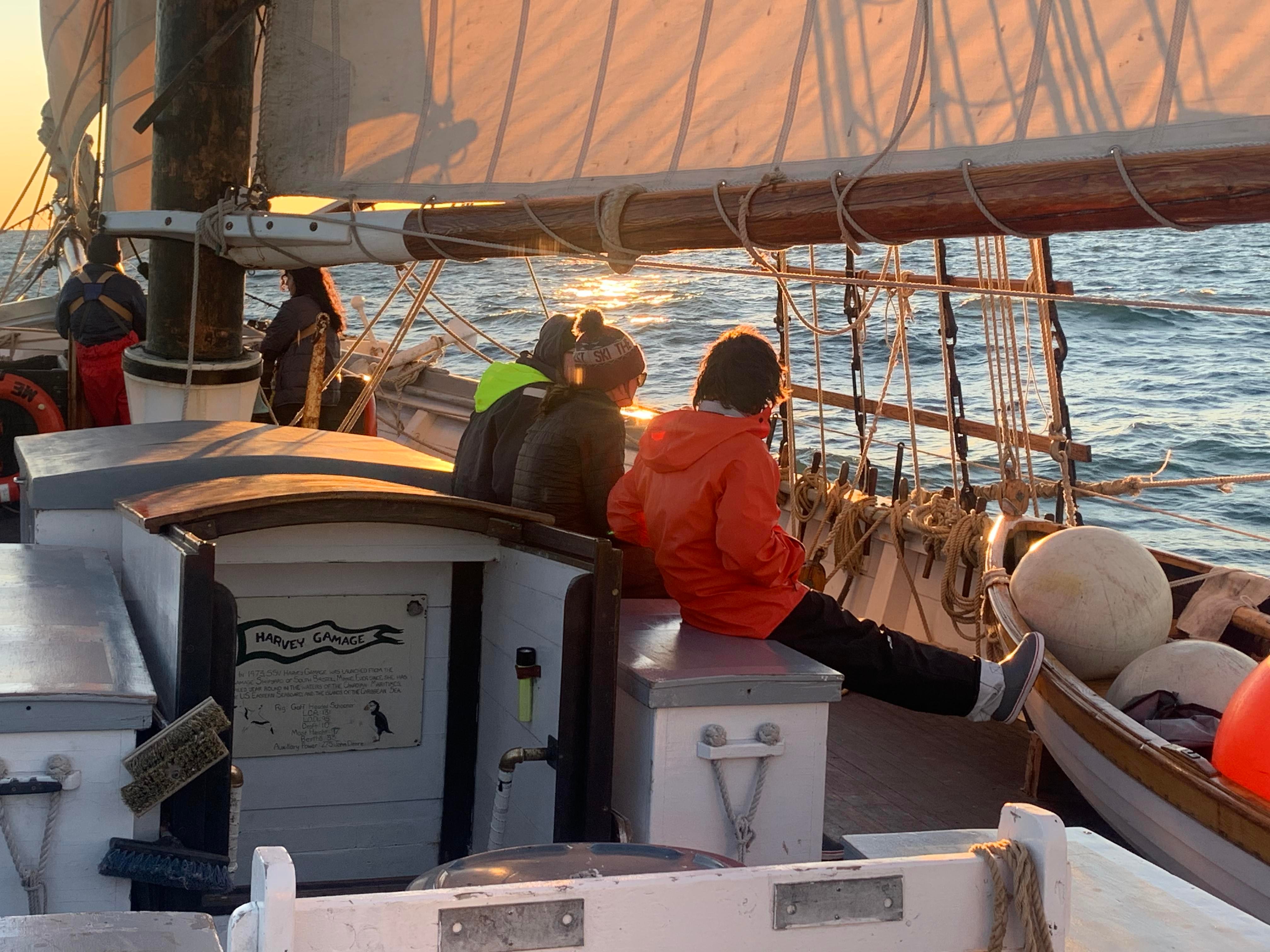 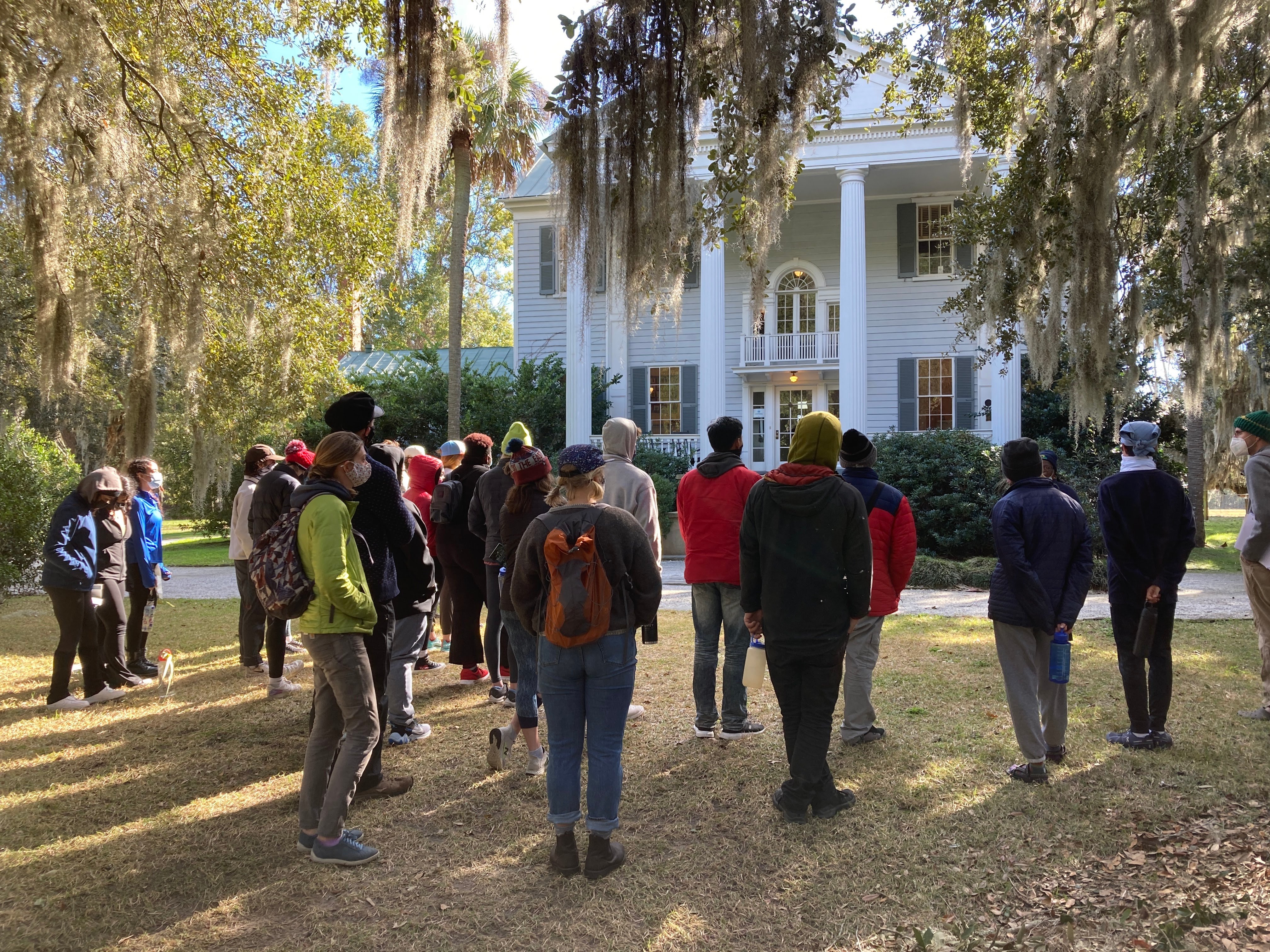 I was mind blown at her consistency and efforts to bring this group of Clergy for Equity to the next level. Many people in her position could have just shown their face for the media, but this Rabbi has gone above and beyond to support her community and share her deeply personal thoughts in this experience with anyone interested. This zoom meeting was beneficial for the crew as we learned about not only the trials that occurred in Brunswick, but Rabbi Bregman’s courageous and influential support through the trials.

This is a picture of Ahmaud Arbery on Jekyll Island, a place the Harvey Gamage crew visited.