Two and a half weeks ago, Ocean Classroom 2022 gathered on the docks of Mystic Harbor in Connecticut, ready to set sail for a term at sea. A last minute repair to the Harvey Gamage delayed their actual departure, allowing the student crew to spend a week aboard the tall ship Joseph Conrad before transferring up the coast to the Oliver Hazard Perry, a historic square rigged tall ship out of Newport, Rhode Island. As repairs continue aboard Gamage, Ocean Classroom continues to learn hard, valuable lessons in patience and persistence as they continue their marine biology, literature, and navigation studies at Camp Wohelo on Sebago Lake, Maine. 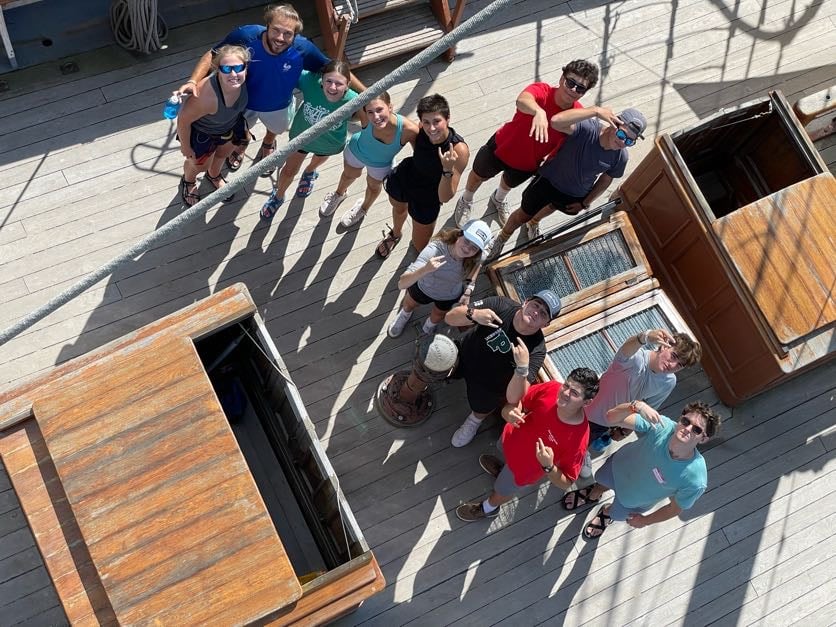 While aboard the Joseph Conrad, students learned the basics of the craft of sailing by spending time in the iconic Dyer dhow sailing dinghies, were put in harnesses and experienced the thrill of going aloft high above the decks of the Joseph Conrad, and hiked to the Mystic Marine aquarium through the Pequot Woods, learning about the characteristics of Beluga whales and other species of Marine life. 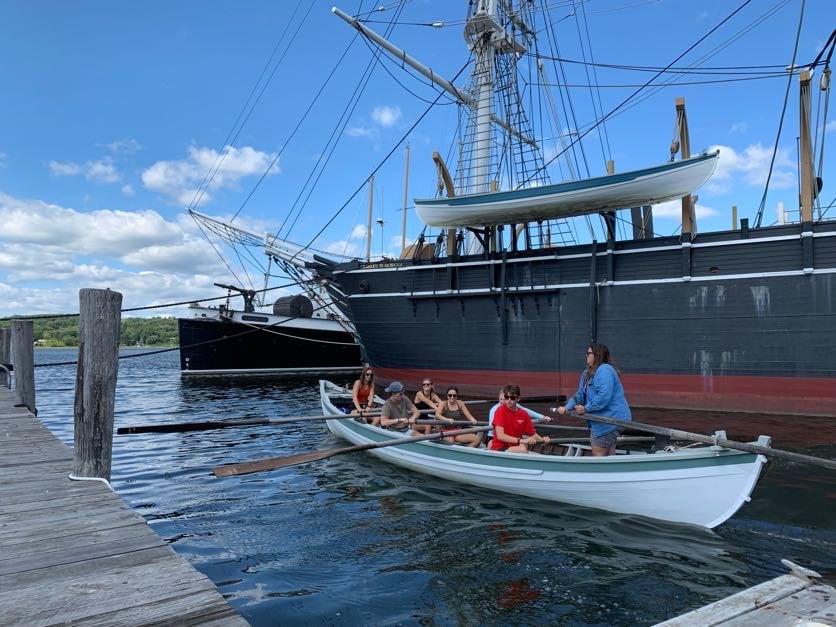 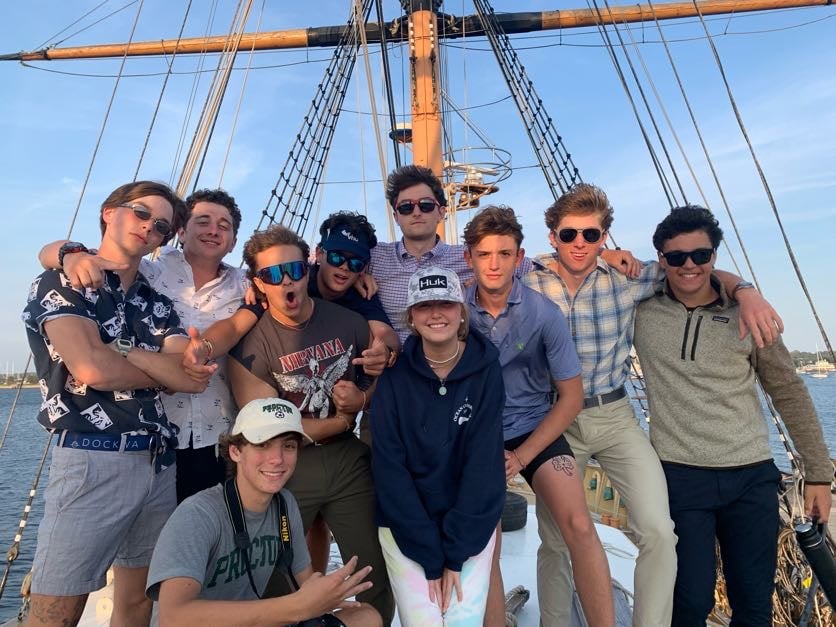 Throughout their time in Newport, Rhode Island aboard the Oliver Hazard Perry, students continued with their Marine science lessons, followed by history and literature classes, touring historic Fort Adams, the former United States Army Post in Newport, Rhode Island that was established on July 4, 1799 as a first System Coastal fortification, named for President John Adams. 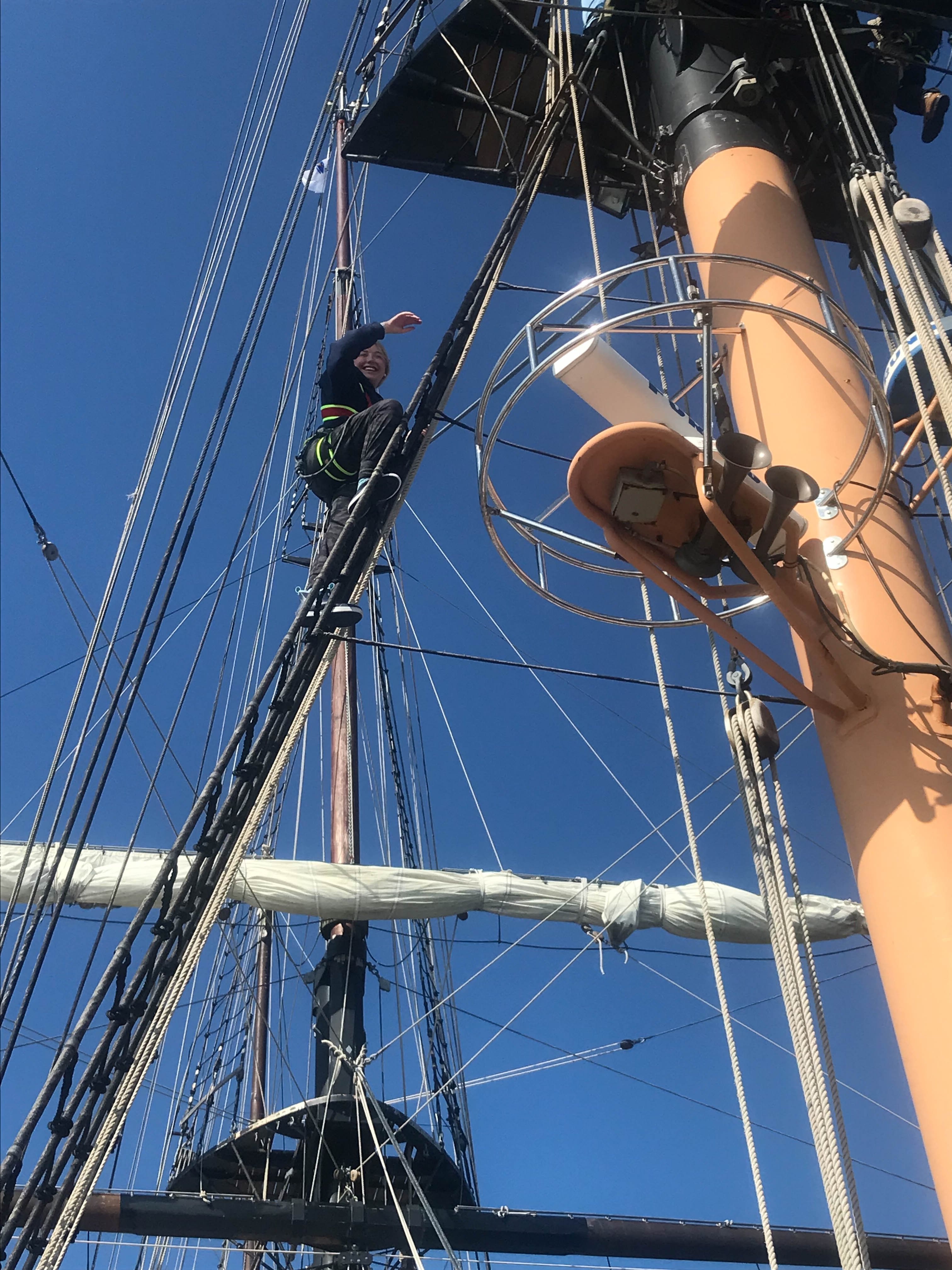 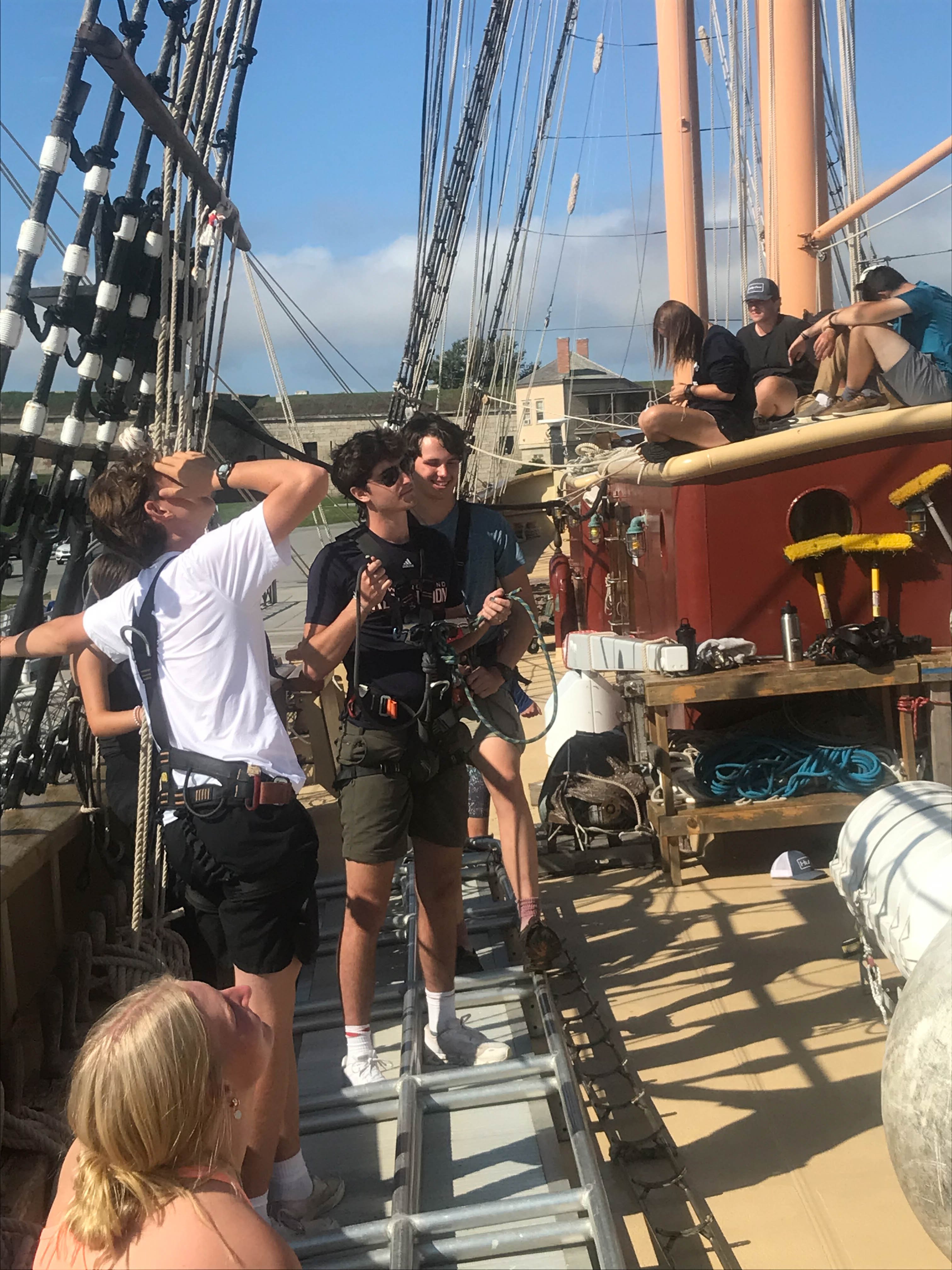 During the following days aboard Oliver Hazard Perry, students broke into their first watch rotations, did shipboard chores and watch duties, followed by some lessons with the captain, including a buoyancy competition, before continuing their sail training and spending time on the water. Students also had the opportunity to engage in an exciting program opportunity at the New Bedford Whaling Museum where they participated in a day long symposium called “Sailing to Freedom, Maritime Dimensions of the Underground Railroad”. 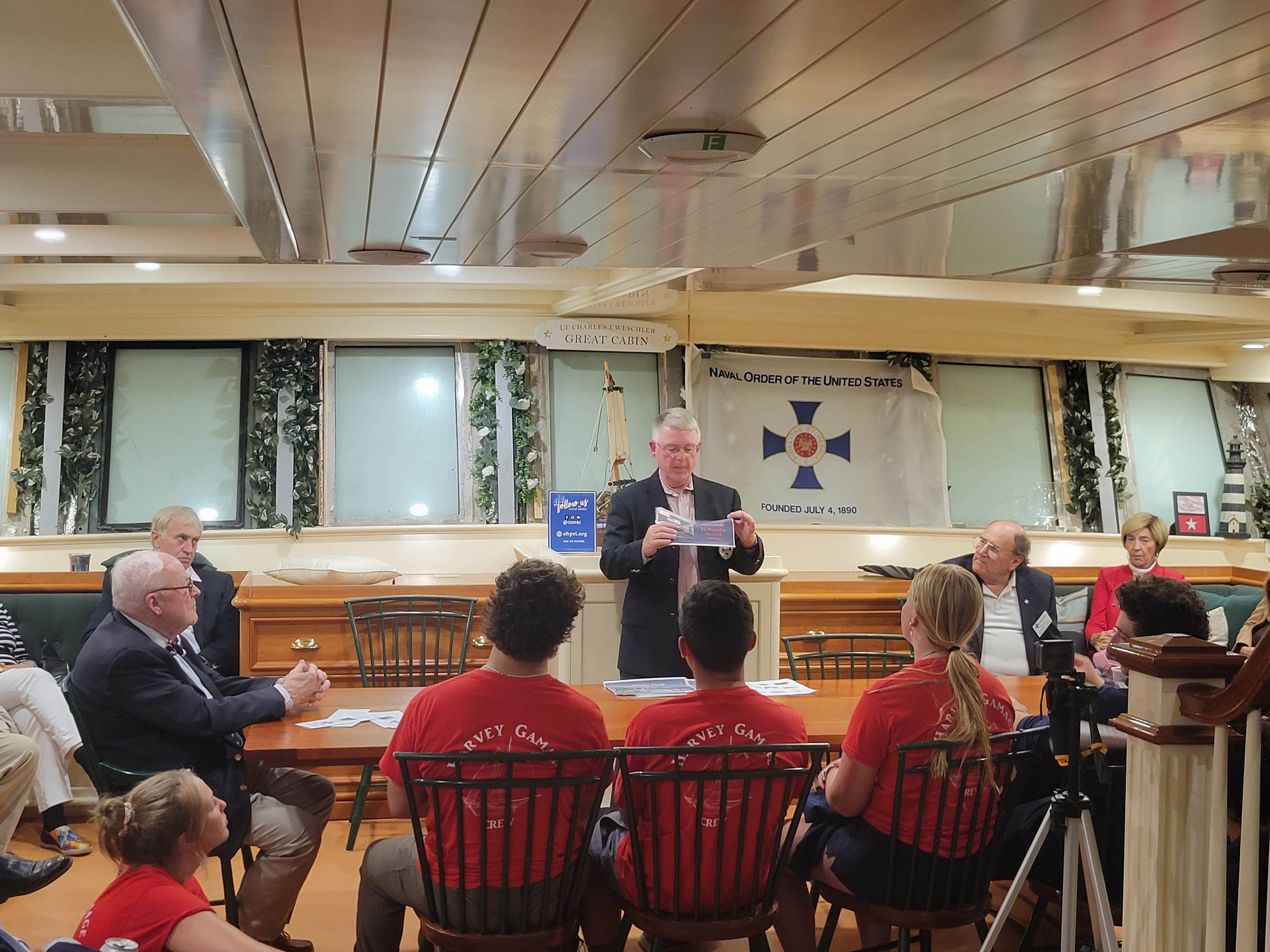 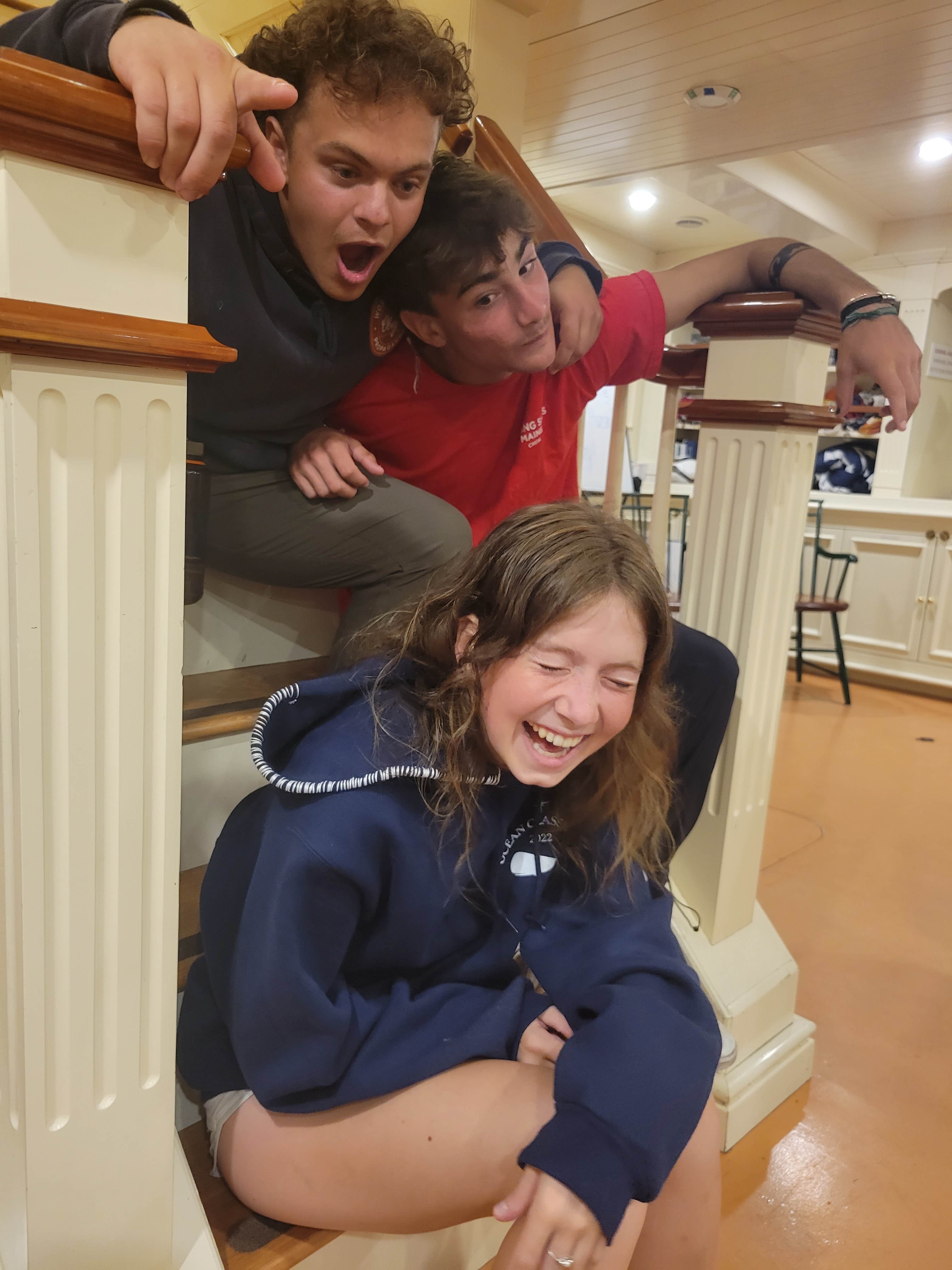 Students arrived Sunday evening to the professional crew from Harvey Gamage having prepared a wonderful dinner at Camp Wohelo. Following dinner, students were addressed by Captain Pamela Coughlin and Chief Mate Andy Hudak. At Camp Wohelo, students will continue their celestial navigation studies with Captain Coughlin, along with their other academic courses. 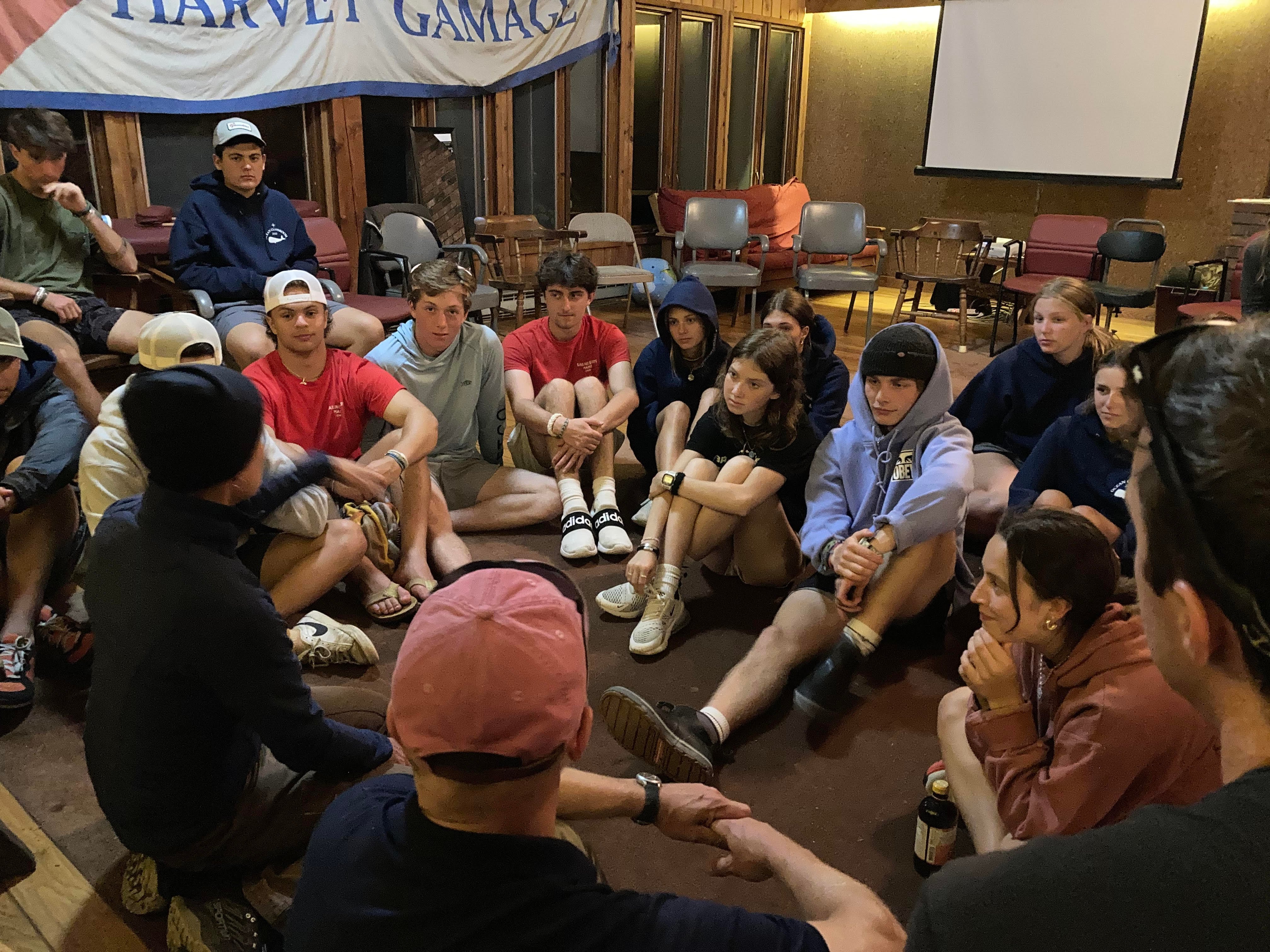 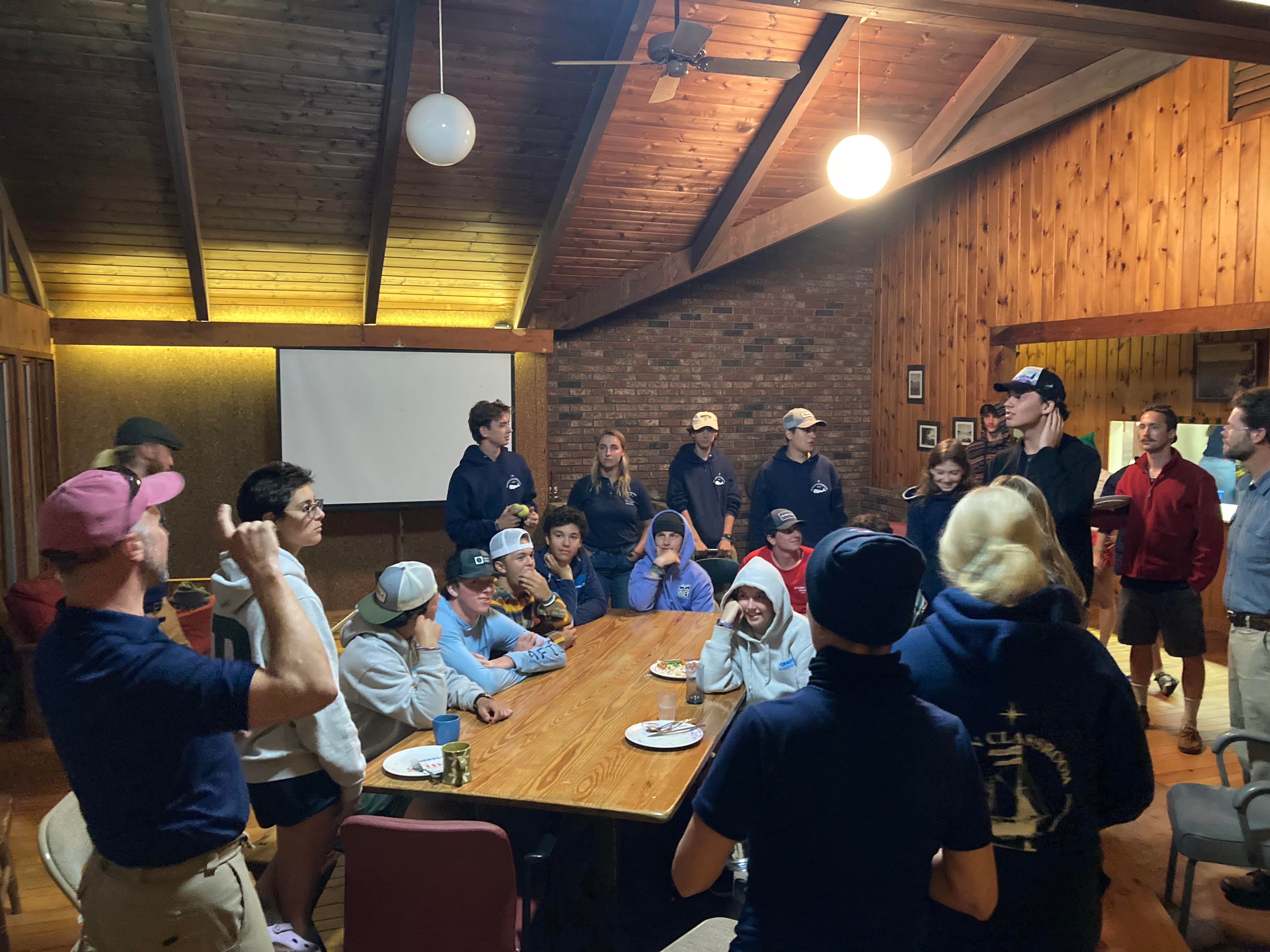 The past two weeks have been filled with educational opportunities, but have been challenging for students whose expectations for Ocean Classroom had them at sea for these first two weeks. When reality and expectations fail to align, frustration emerges, but one of the most powerful lessons of Proctor’s off-campus programs is that educational opportunities abound, especially in those moments when plans must be shifted due to uncontrollable circumstances. As one current parent of an Ocean Classroom student so aptly shared with their child, “Your off-campus program experience began the moment your group came together in Mystic. It is up to you to make the best of circumstances outside your control, to come together as a group, to make this experience your own.” 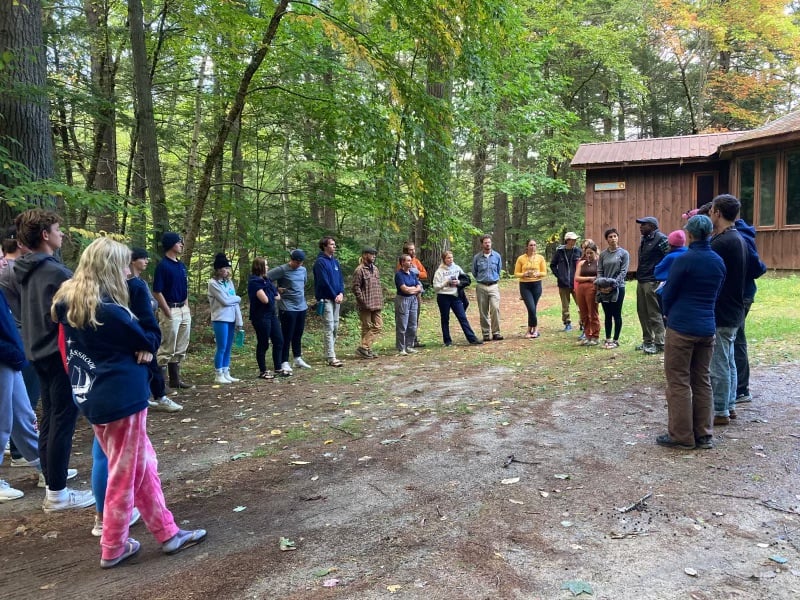 Head of School Brian Thomas greeted students at Camp Wohelo with letters from the community in hand. As he gathered students in a circle, he shared a message that he has shared with those of us campus already this fall: “We do hard things. Life is not always easy, it doesn’t always go as planned, but this is where our character shines, where we show others and each other, that we can handle difficult circumstances, the unexpected, and make the most out of them.” With repairs to the Harvey Gamage nearly complete, the Ocean Classroom 2022 crew will soon be at sea, having their bonds forged through the unexpected and unforeseen. Stay tuned for more updates in the days to come!