Proctor's winter 2022 Ocean Classroom program, aboard the Harvey Gamage in partnership with Sailing Ships Maine, launched today from Charleston, South Carolina. The nine-week journey will finish on March 8, 2022 in Mobile, Alabama as students from both Proctor and the MET High School and Big Picture Learning, both of Providence, RI, explore the historic roots of these two southern ports, and the open waters in between. 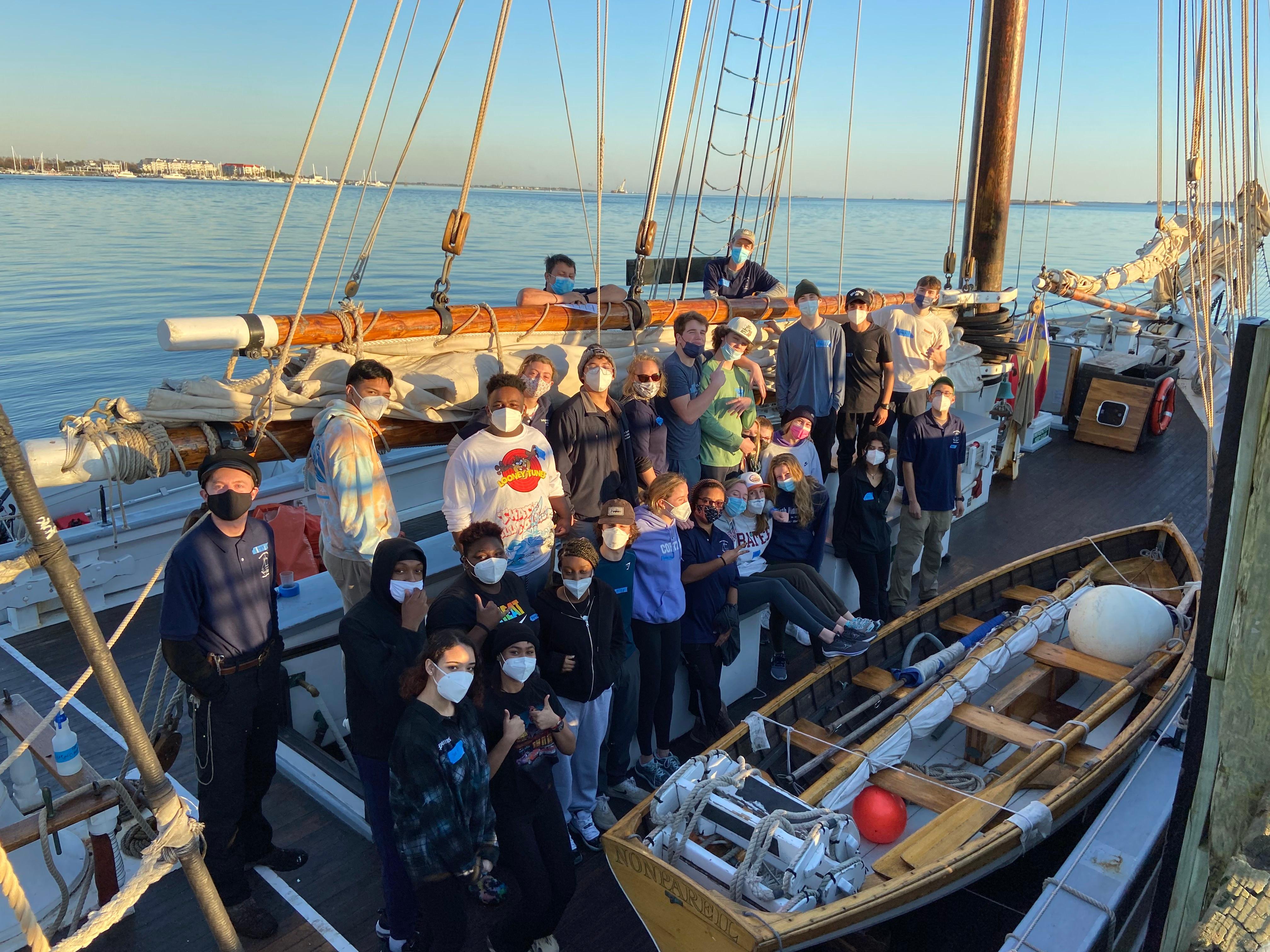 The 2022 winter program will include a focus on the history of involuntary servitude, inequality, and racism in America while helping students to understand how powerful proximity between student experiences and the complex issues of justice, equality, diversity, and inclusion expand worldviews and create a desire to engage in the real issues facing our world. 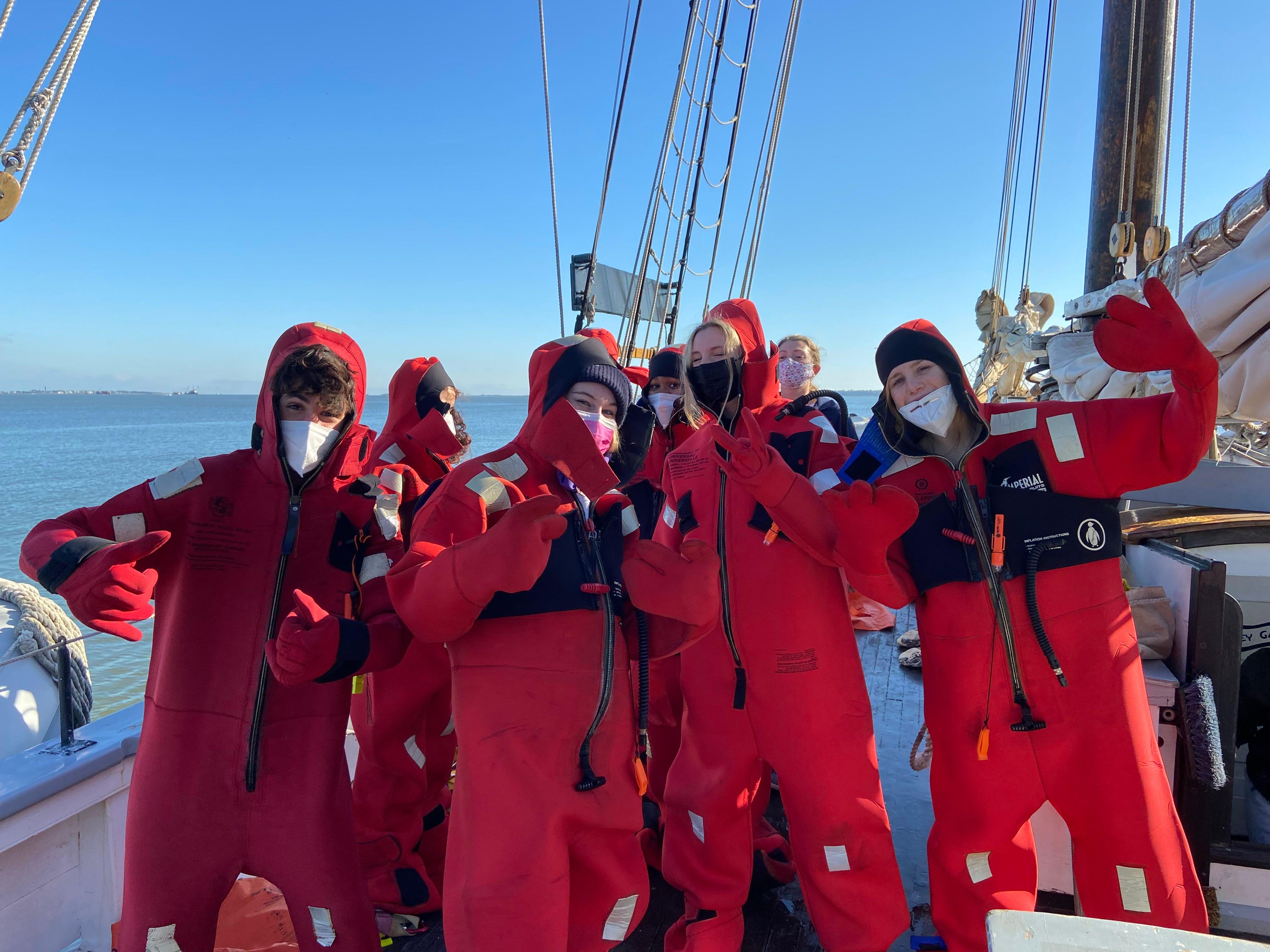 In addition to fourteen Proctor students, winter Ocean Classroom has developed a partnership with the MET High School and Big Picture Learning of Providence, RI. The twenty-three students, an intentionally diverse community, are joined by a crew of ten educators from Harvey Gamage to deliver the curriculum. The history curriculum, Hope and Heritage, Freedom and Resistance, Migration and the Sea: An Exploration of Civil Rights and the African Diaspora at Sea will include the book Black Jacks, African American Seamen in the Age of Sail, by W. Jeffrey Bolster, a book which was inspired during one of Bolster’s voyages as Captain of Gamage. Read more about current program captain Matt Glenn HERE. 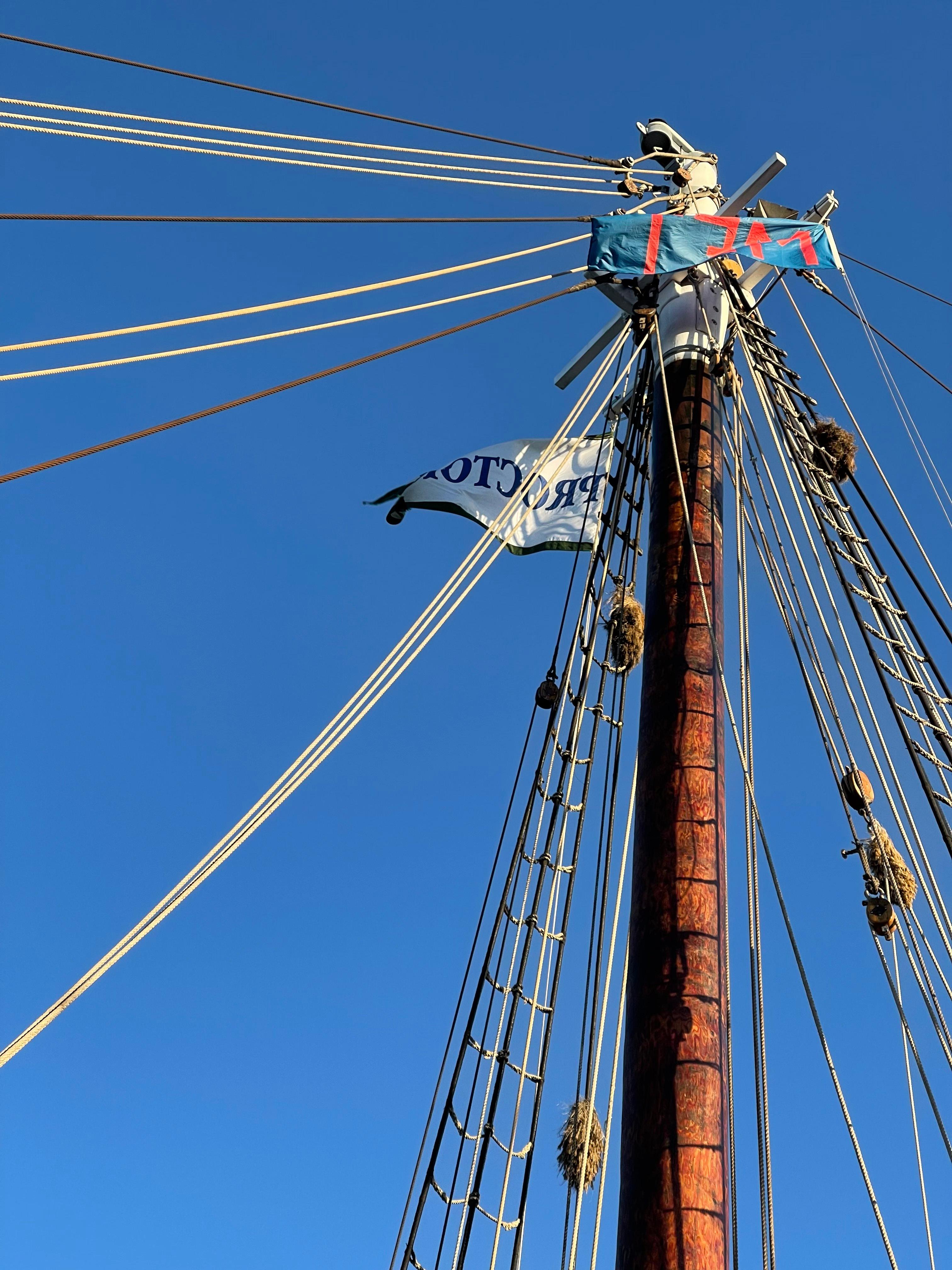 When the Harvey Gamage arrives in Mobile, the crew plans to meet with members of the Africatown community founded by descendants of the Slave ship Clotilda, the recently discovered last known slave ship in U.S. history. Clotilda made an illegal run to Benin, West Africa in 1860 and returned that summer with 110 enslaved people. The long-lost wreck of the Clotilda – now physical proof of the crime -- was recently discovered at the bottom of the Mobile River. The Proctor/Gamage visit will afford the 23 students the opportunity to also visit Selma and Montgomery as friends and shipmates and to consider deeply the history of our nation. 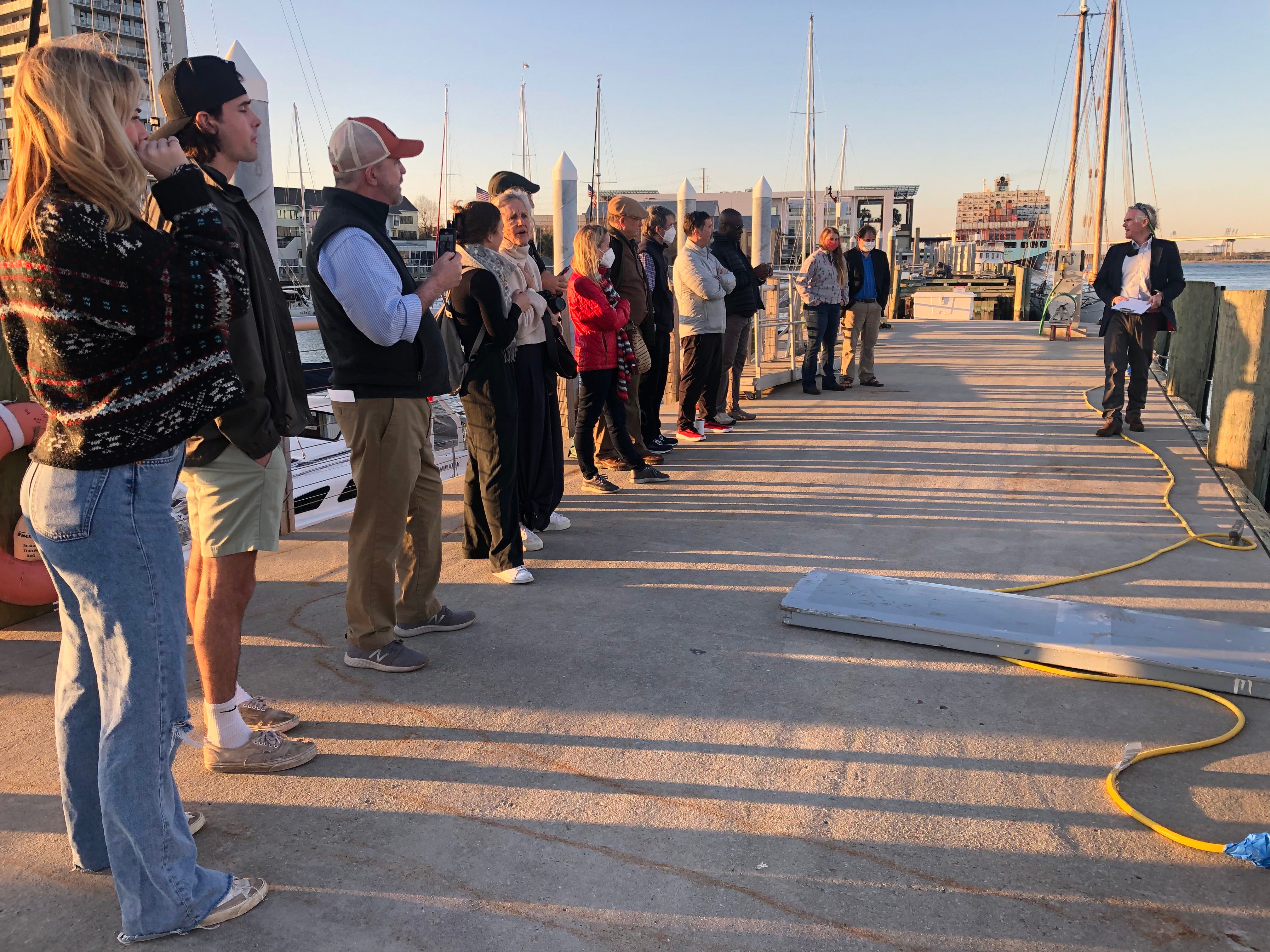 Proctor Academy Ocean Classroom Director Brooks Bicknell ‘77 reflects on this evolution of the Ocean Classroom program, “It is very exciting that Proctor is expanding it's winter off campus experiential learning opportunities by offering a program to our students and those from very different backgrounds. This mixes adventure, authentic challenge, hardship, and skill building while being immersed in the study of our watery planet. I am also very excited the program will have a strong historical focus that delves into not only general maritime history, but the exploration of the economic and historical roots of slavery in America.”

Proctor Head of School Brian Thomas adds, “For each of the young people involved in this program, they are about to embark on a journey of a lifetime where they not only have the opportunity to study maritime history and literature and learn to sail a tall ship, but to learn to live alongside others. They must be a team and act like a team, which means everyone has an important role to play, and must play that role excellently. They must each climb out of their bunks in the morning and begin to understand the complexity of not only their crew on board, but the complexity of the world in which we live. I am excited to see the growth of each of the students involved as this program gets underway.” 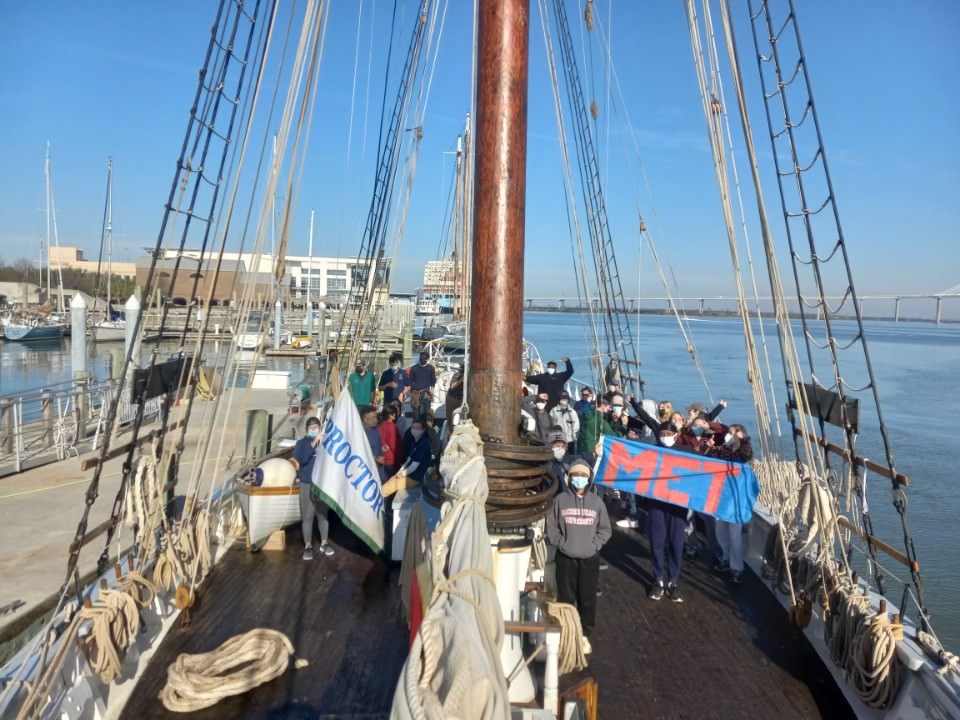 Sailing Ships Maine’s Executive Director Alex Agnew notes, “Schooner Harvey Gamage has educated thousands over its history and we are delighted to be her current custodians. The ship is in excellent condition thanks to loving owners and hard working crews. And this partnership with Proctor, MET and Big Picture Learning would make our co-founder Bert Rogers and Proctor’s Ocean Classroom Co-Founder Dave Pilla smile to see the tradition they started continue and evolve with now two semester programs operating to offer at sea experiential learning programming.”

Be sure to check back weekly to get updates from Ocean Classroom Winter 2022!