Proctor Academy is quite a special place for me and my family. Proctor was first introduced to us through a close family friend, Sawyer Meegan ‘14. Sawyer encouraged me to join him during the summer before my junior year for pick-up soccer on Carr Field. Alan McIntyre immediately welcomed me and introduced me to the rest of the group, which included Proctor alumni, current students, faculty, and friends of the school. The warmth of the community was obvious; it was like returning home to family.

Sharing those thoughts with my parents, we decided to look into a few independent schools for a repeat junior and senior year, including Proctor. Although I was accepted to all the schools I applied to, Proctor was an easy choice. Looking back at my two Proctor years after a year and a half in college, Proctor quite simply prepares students for success in college and in life.

Personally, it was the little things that helped me develop into the person I am today and set me up for success in the future. Proctor views learning as a partnership, best exemplified through calling faculty by their first names. The faculty realizes they have as much to learn from the student as the student does from them.

This collaborative spirit is also shown through the numerous group projects that helped teach me to be a leader and a contributing member and how both roles are interchangeable. These life skills Proctor gave me have led to my success as a student at Gettysburg College; I am a self advocate able to approach professors and fellow students with a level of comfort and poise that has directly led to research opportunities and other successes during my first year and a half as a student.

Through conversations with other young alumni, they, too, recognize their time at Proctor as critical in their preparation for college and life beyond as global citizens. 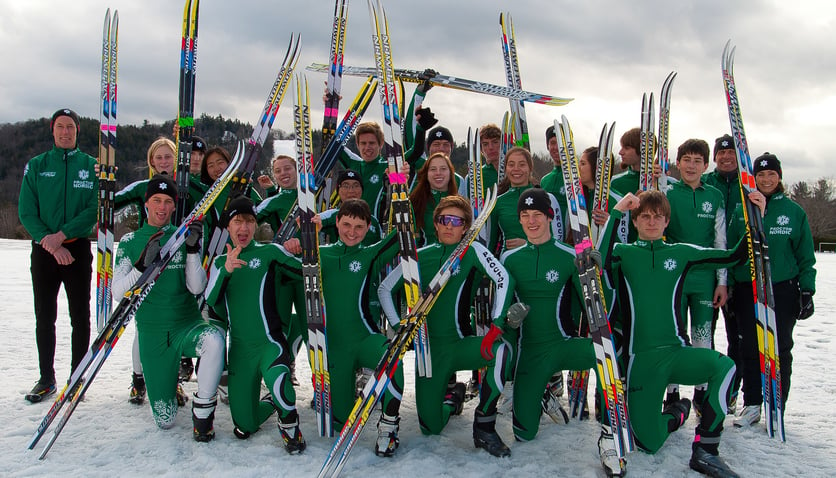 Maddy Pfiefer ’12, a current student at the University of New Hampshire, believes her four years at Proctor were critical for college success both academically and athletically. Specifically, her experience with the Nordic ski team and within the Proctor community helped her become both a stronger skier and a better person. She notes, “The learning environment created at Proctor, both in the classroom and out of the classroom, equipped me with the skills necessary to thrive at the college level…because of the encouraging and supportive community exemplified by Proctor as well as the great coaching.” Post graduation, Maddy has gone on to ski at the collegiate, national, and international levels while also maintaining academic All-American status; she credits skills developed during her time at Proctor for her achievements.

Axel Getz ‘14, a sophomore at Brown University, also sees his four years at Proctor as key to his success in college. Axel explains, “At Proctor, I was given the opportunity to find myself, a chance that is seldom granted to students until they reach college. Working in the ceramic studio helped me find my creative side. When I took the plunge to take an art class at Rhode Island School of Design down the hill from Brown, I was pleasantly surprised that I could keep up with the students and grow from the critiques I received.”

Axel adds, “As someone who struggled with dyslexia, I was relieved when utilizing the techniques I was taught in Learning Skills resulted in fantastic results for my writing. Being able to cultivate connections so quickly at Proctor gave me the confidence to reach out to professors so that they became colleagues instead of detached teachers.” The Proctor motto, Learn to Live and Live to Learn, is what the school tries to instill in the student body, and Axel believes it is a motto we all continue to live and grow by, sometimes unknowingly.

Proctor Academy provides critical skills for their students to succeed in life. The school continues to encourage growth in the individuals that are part of this wonderful community and helps each graduate realize his or her full potential to take on an ever-changing society as innovative global citizens. Personally, I know I will be forever grateful for my two years at Proctor. Knowing who I am and what I want to be, I am, along with Maddy, Axel and other Proctor graduates, ready to take on the world.