The social unrest of the late 1960s and early 1970s America rivals that of today as assassinations of civil rights leaders and politicians, controversial involvement in the Vietnam War, and rise of counterculture movements challenged traditional, all-boys boarding schools like Proctor Academy. For Hank Marks '71, the relative stability found at Proctor during this harrowing time laid a foundation for a lifelong journey of learning, caring for others, and chasing his passion. 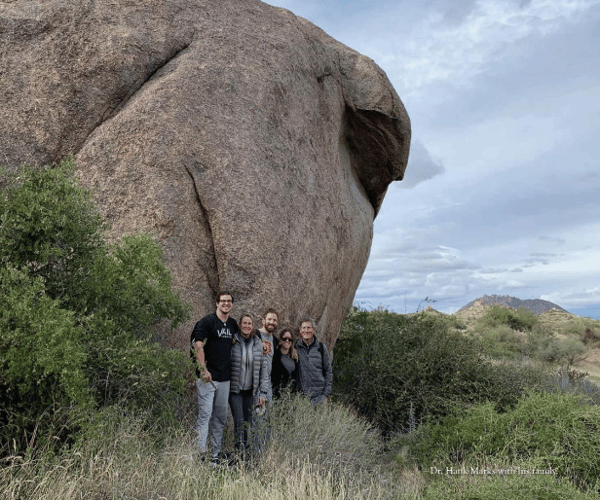 It was a beautiful sunny day when a 14-year-old Hank made his first visit from Richmond, Virginia to Andover, New Hampshire. His parents felt he was not reaching his full potential, and believed the reality of attending boarding school might ignite his learning. "I remember a group of guys out on Carr Field playing football and the mountains in the background. And so clearly remember meeting Alice Fowler on my visit. I felt an immediate connection with her as she helped reassure me Proctor was a place that embraced students, like me, with dyslexia. I thought to myself, if I have to go away to school, this is it." 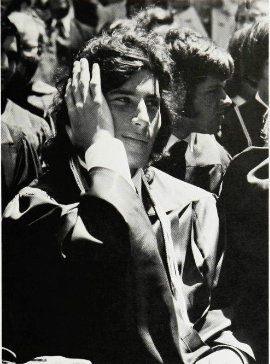 Aided by Alice's guidance as a tutor in his journey to understand and navigate his dyslexia, Hank settled into his new home away from home playing football, participating in the Ski School in the winter, and playing tennis during the spring. Throughout his four years at Proctor, Hank developed into a leader in the community. He remembers one moment at an all-school meeting that served as a turning point in his involvement in the school as a representative of his peers, "We all wanted to have the ability to grow our hair longer my junior year. I used Tim Norris (longtime faculty member) as an example since he had long hair at the time. We all had a great deal of respect for him, and he was someone we looked up to. I got a standing ovation and became the leader of the haircut committee. We ended up changing the expectations around hair and got the approval to grow our hair longer as long as it was 'neat and clean.'"

David Fowler’s appointment as Head of School in 1970 ushered in a new era of independent school leadership. His vision of an egalitarian approach to decision-making elevated the voices of faculty, staff, and students, and implementation of off-campus programming rooted in experiential learning set the course for Proctor's evolution over the next half-century. However,  widespread unrest at the national level challenged boarding school enrollment, especially at a school like Proctor who was in the midst of finding its new identity. Hank recalls an unforgettable moment in 1970 amid the school's enrollment struggles that reframed his perception of self, "David invited Tim Brown '71 and me to join him on a road trip to talk about our experiences at Proctor. It was special spending all of that time with him. We both understood how Proctor opened up a new academic world for so many. I never felt that I was a very talented student, but during this trip, I was able to articulate the support Proctor provided me, and the resulting confidence and sense of humility I gained as a young man."

This realization of self worth and appreciation for Proctor’s impact on his life stayed with him as he matriculated to Lake Forest College, where he starred on the football team and did equally well in the classroom. After spending a year after college traveling through Mexico and Central America, Hank enrolled at the University of Virginia Medical School and was exposed first hand to the inequalities in access to medical care in the United States. “Each year two students were chosen to do their first year of residency living and working on a Navajo Reservation. It was a truly eye-opening experience that taught me much about the harsh realities facing so many people worldwide." As he continued his studies and surgery rotations, Hank continued to reflect on the support he received at Proctor, and how he now had the opportunity to reciprocate that support to medically underserved populations around the world. 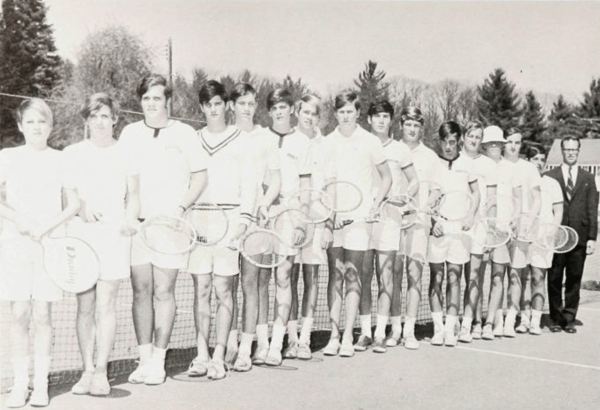 As he launched his professional career as a heart surgeon, performing over two hundred heart surgeries a year in his hometown of Wilmington, North Carolina, Hank knew there was more he could do to make an impact. After raising the necessary funds and through a connection from a friend, Hank and a team of medical professionals headed to San Pedro Sula, Honduras in 2005 for the first in a series of trips to perform heart surgeries on those in need. "Many Honduran teens and young adults suffer from Rheumatic Heart Disease and need heart valves replaced. We brought everything we needed and set up in a local hospital. The room we operated in was not what we are all used to at home, but we made it work and saved lives. I was taught early on at Proctor to follow my passion. I believe that if we all do just a little bit to share our talents and positively impact others, we can effect real change in this world, even the slightest bit."