After a week and a half of host family life, classes, afternoon programming, and local excursions, Proctor en Segovia winter 2022 students ventured north on their first overnight excursion of the term. Enjoy this window into life on the road in a cultural and linguistic immersion off-campus program. After Wednesday’s morning classes, we set off for a 5-hour car ride to a small town called Intza in the Basque Country, where we would stay for the next four days. We arrived at around 7 pm, unpacked, ate some frozen pizzas, and sat down to watch a documentary about fake art called Made You Look to preface our trip to the Guggenheim Museum. 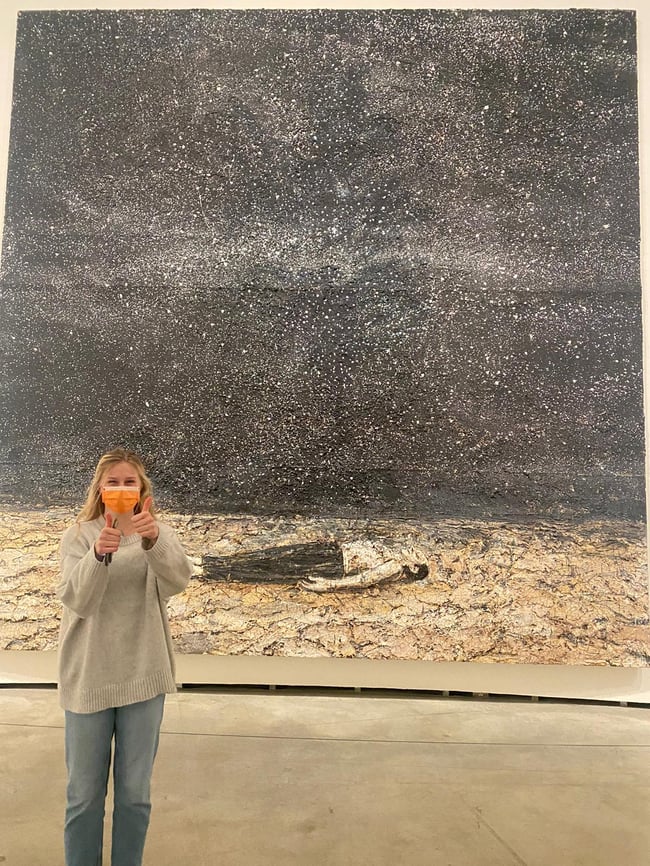 Thursday began with an early wake-up to depart by 10 am for the city of Bilbao. Driving into Bilbao we could see the outline of the world-renowned Guggenheim Museum through the fog. Its distinct architectural features on the exterior left us excited to explore what it had to offer. Once we entered the museum, we split off into groups and wandered around the exhibits. The consensus was none of us had a strong eye for contemporary art, however, we were still able to appreciate the uniqueness. 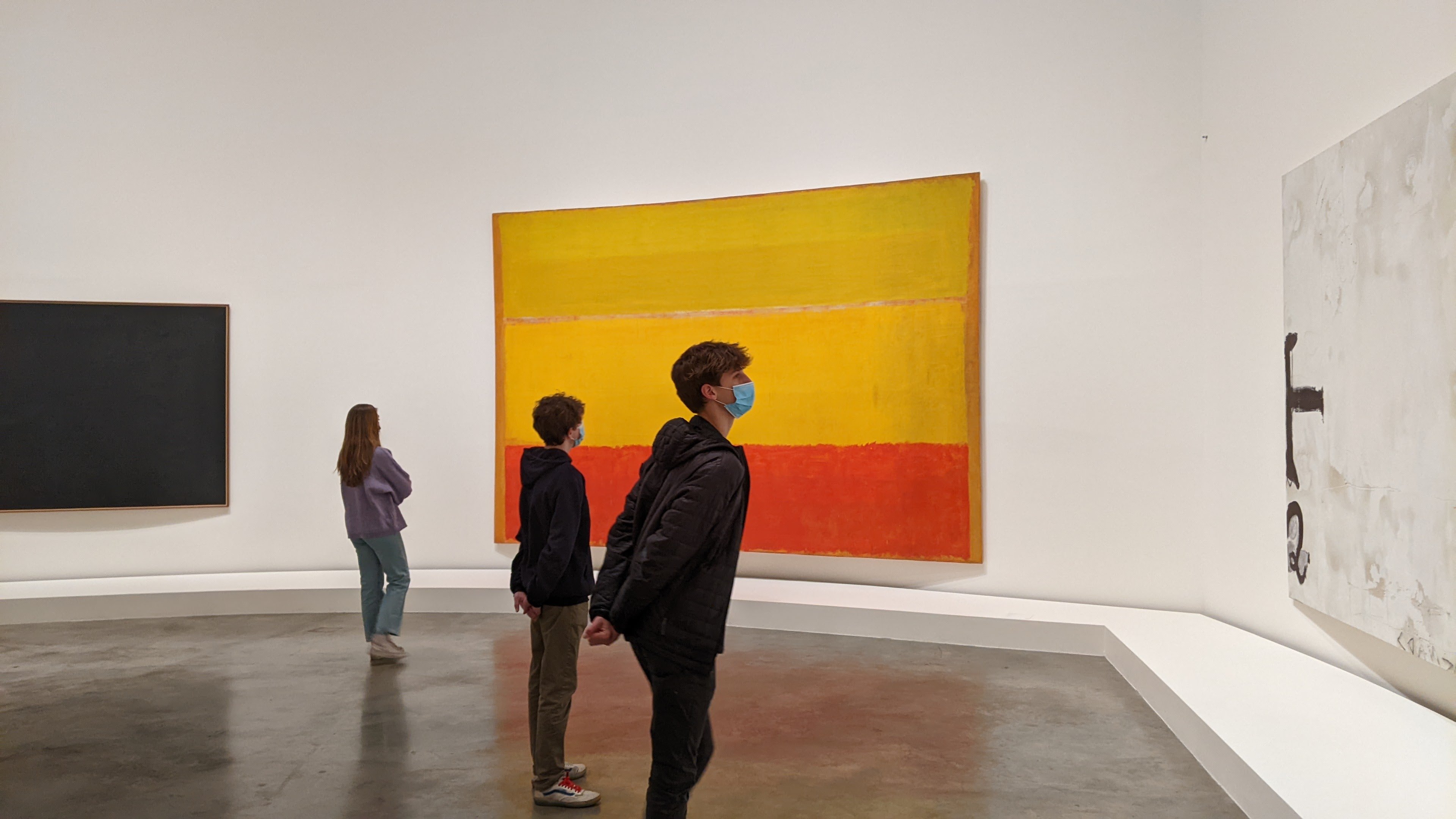 After exploring the city all afternoon, we were back in Intza by 6:30 pm. On the way home, Luis stopped at the butcher to get meat for a traditional Basque barbecue. We ended the night by watching the Athletic Bilbao vs. Barcelona soccer match on T.V. 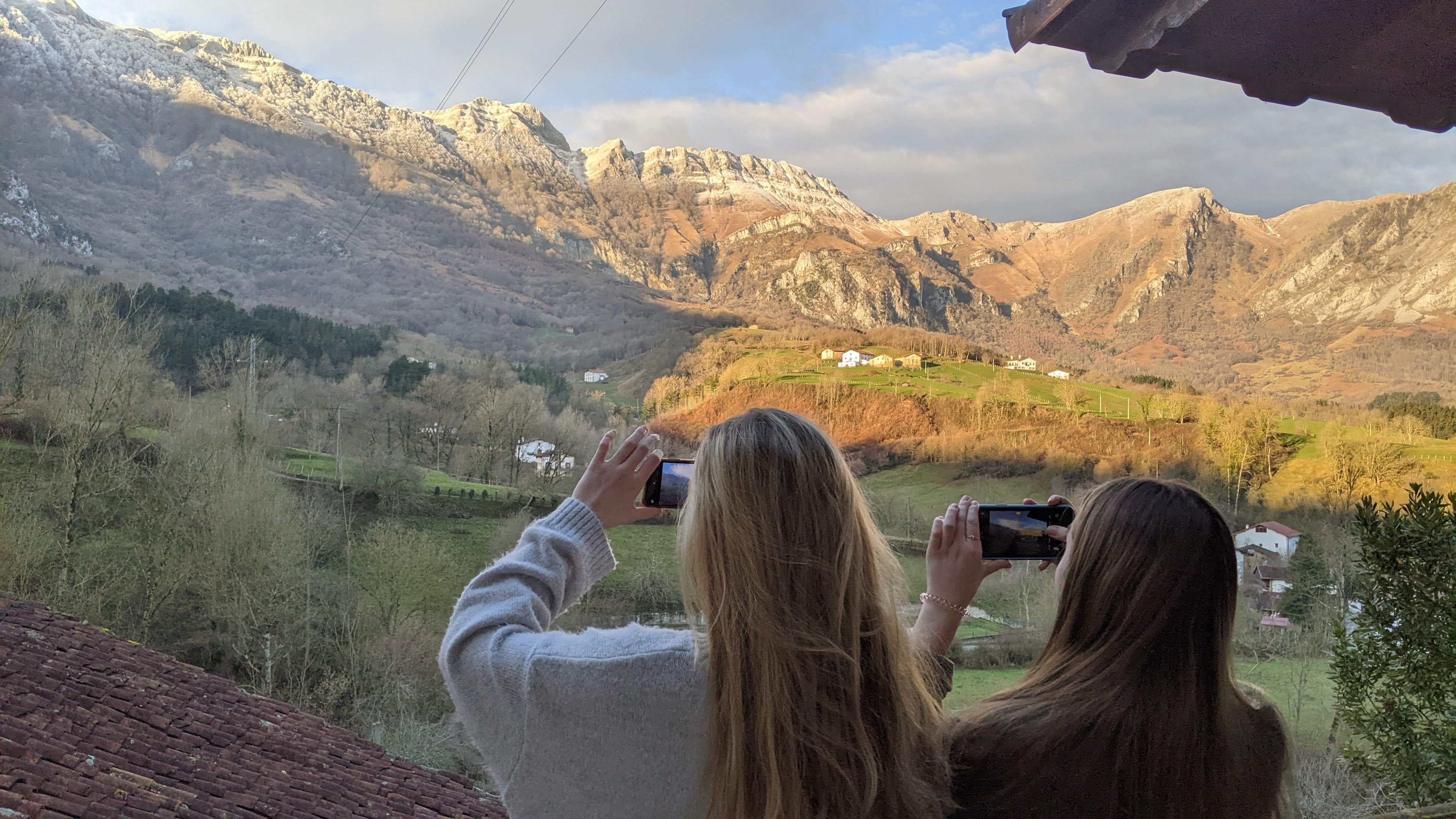 The next morning, similar to the last, we were on the road for our next stop: San Sebastian. This day was particularly exciting because we were all looking forward to the coastal city and its delicious food. Our first stop was the San Telmo Museum focusing on Basque history. We had a guided tour that led us through the exhibits and we got to see some Basque artifacts that were as old as 14,000 years. We left the museum and walked to the mercado, a fresh produce market on the side of the street, to get vegetables for dinner. 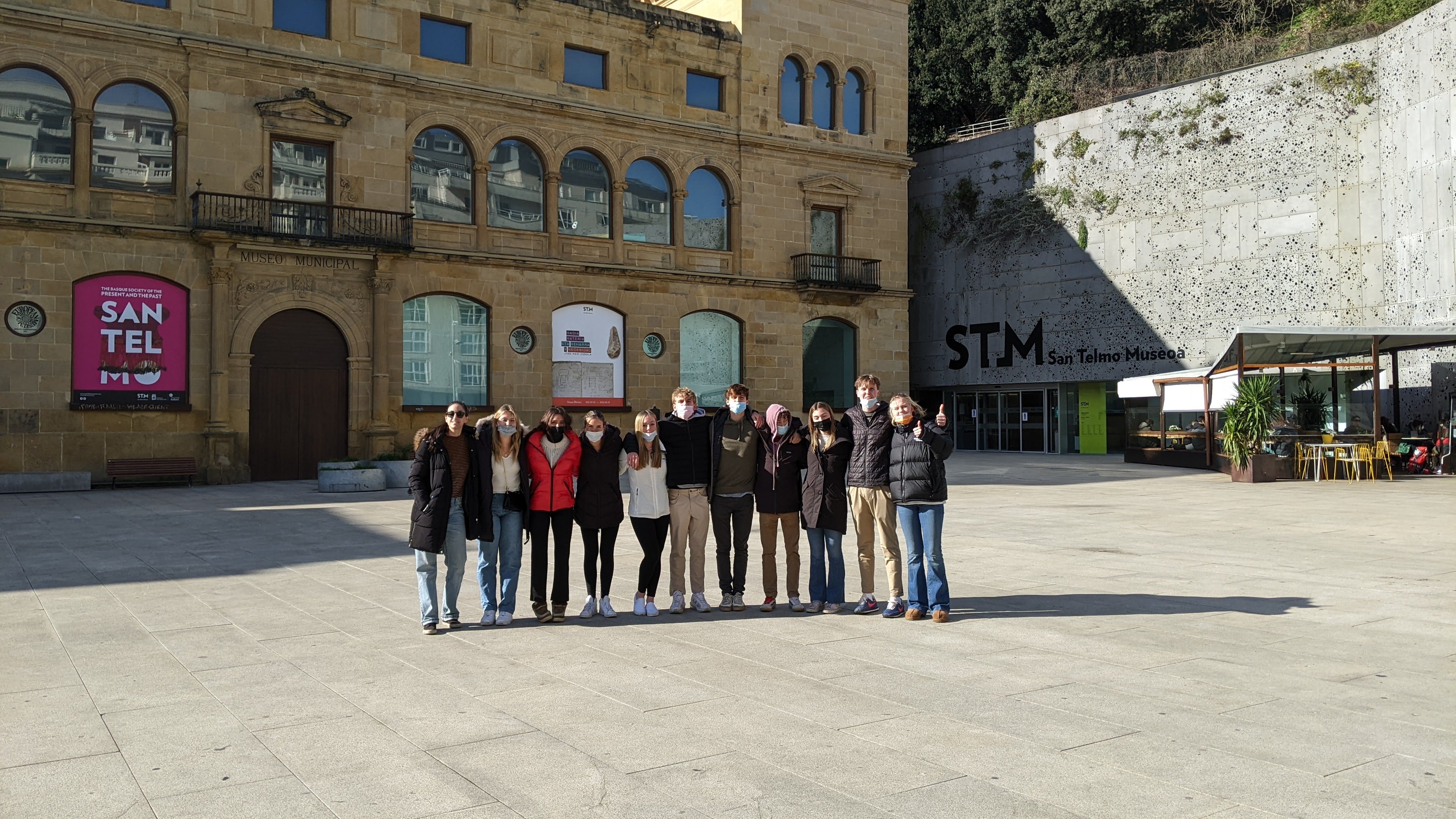 Next, we walked along the beach in search of a cafe for a quick bite and coffee. Once again, we were given free rein to walk around the city and find the best pincho’ restaurants that we had learned about in class. Some chose to venture into the city and others chose to find scenic views. 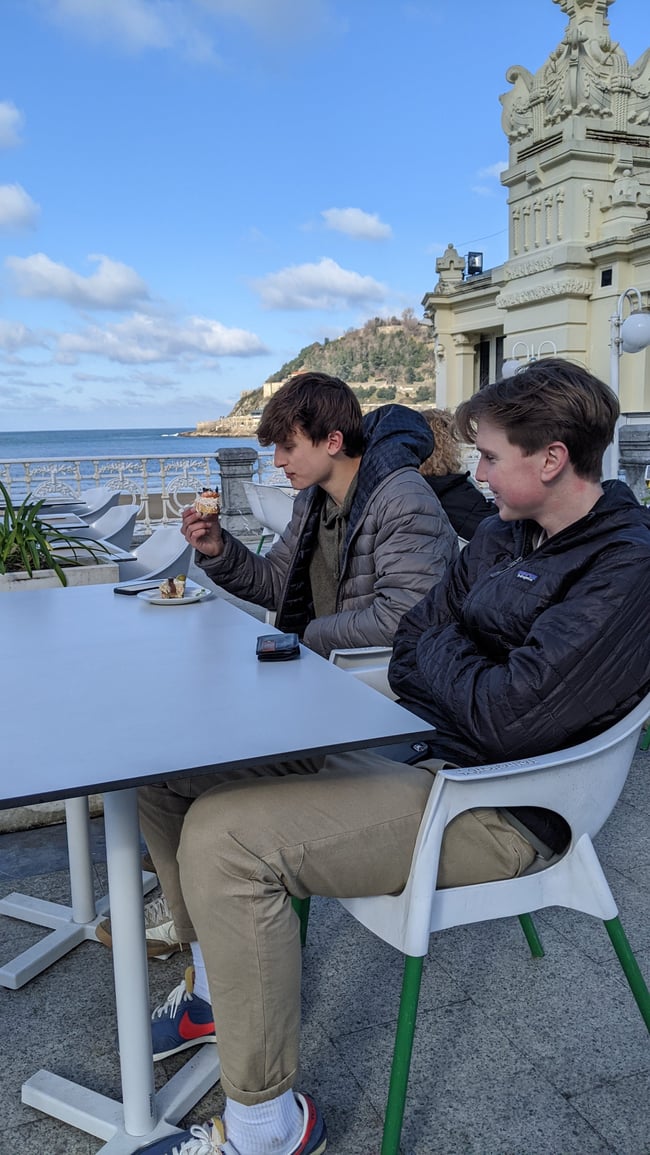 That concluded our afternoon in San Sebastian and we arrived back at the house for a quick siesta before dinner. A lot of us helped in the kitchen, some prepared the vegetables and chorizo, while others danced to the music. After a delicious meal, we watched a show about a family involved with the terrorist group ETA, called Patria, to end the day. 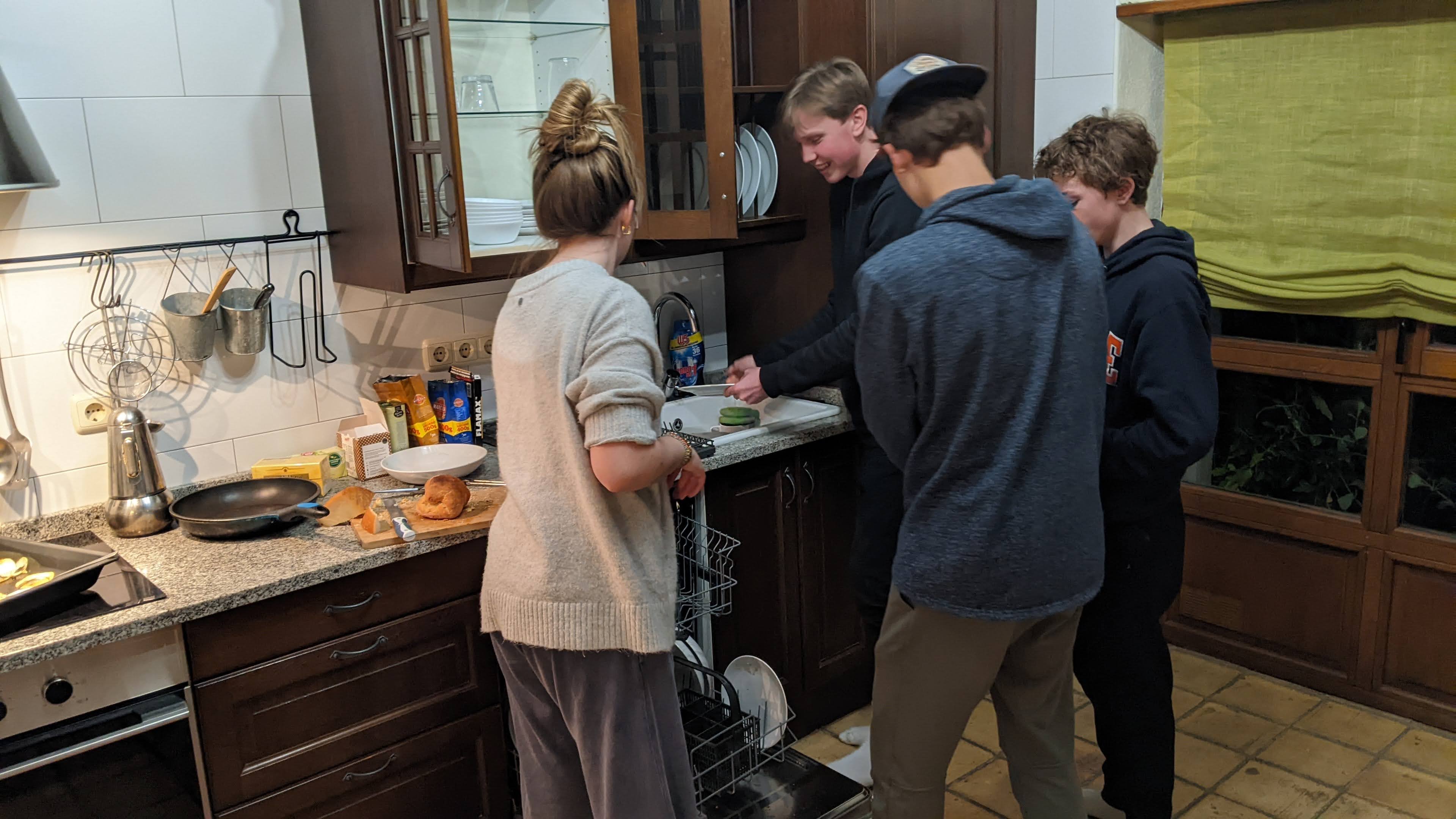 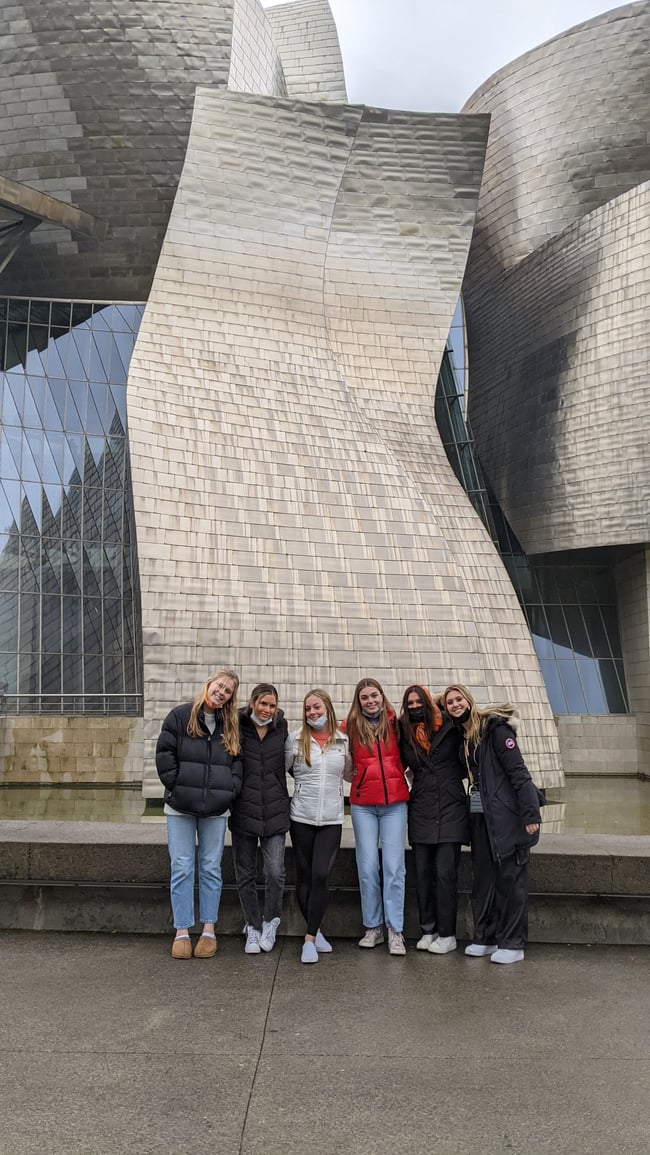