While excursions to other regions and cities of Spain are an integral part of the Proctor en Segovia experience, there is something comforting about returning to Segovia. Host families welcome students with warm, home-cooked dinners and are eager to hear of their adventures in Andalucía or on the Camino de Santiago. The granite and sandstone of the two-thousand-year-old Roman aqueduct and UNESCO World Heritage Site old town glows in the illumination of street lights. Inevitably, we have grown somewhat used to them, despite their grandeur, but they appear breathtaking again after a few days of absence. The return to our daily routine of meals with host families, classes at school on the Plaza Mayor and afternoon activities scattered throughout the city is reassuring. Estamos en casa, we are home, en Segovia. 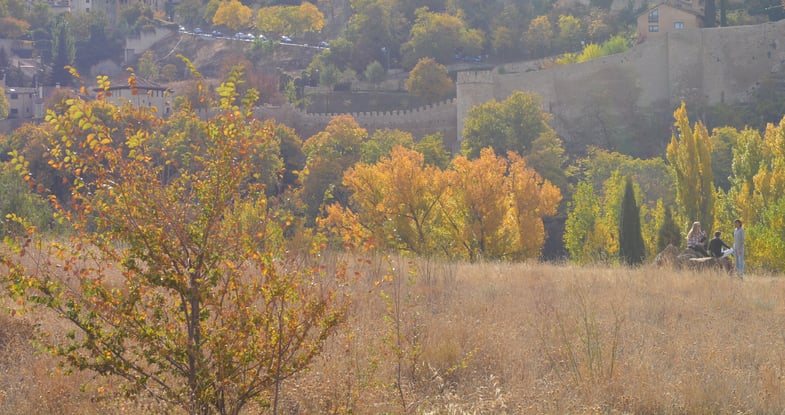 Looking through what we’ve written
Lingering in the room where we were sittin’
Can’t we go back to when we met each other at first
I’ll miss you, all my brothers 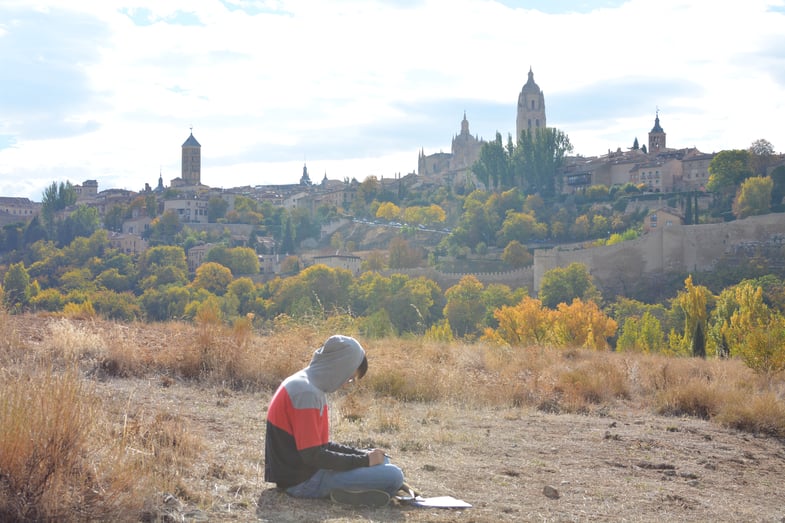 Students write in personal journals for an Intro. to Spanish Culture Through Literature and Film assignment. 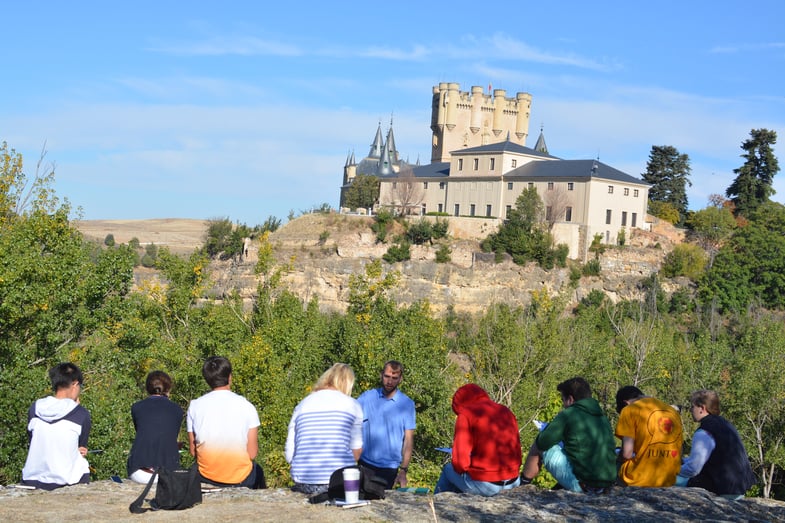 Intro. to Spanish History Class with Segovia’s Alcázar in the background.

Metal arts class in the workshop of local artisan Jesús is one of the most popular (and rewarding) afternoon activities. 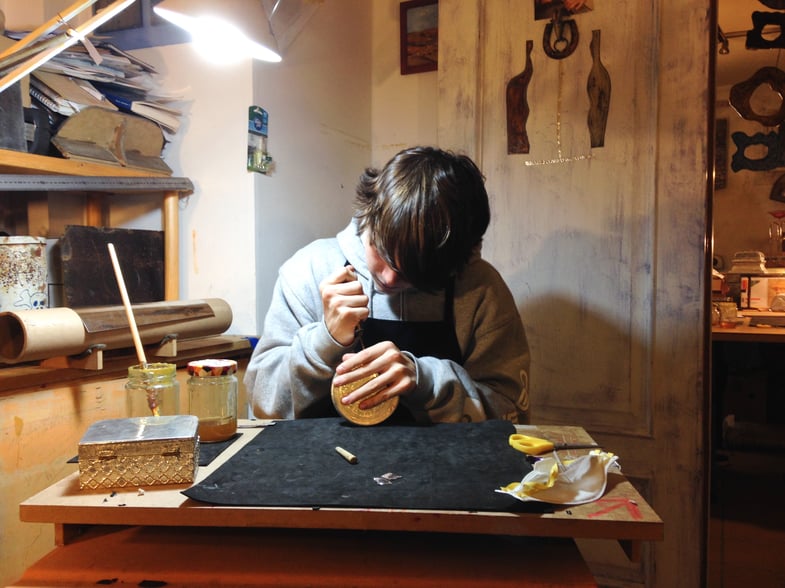 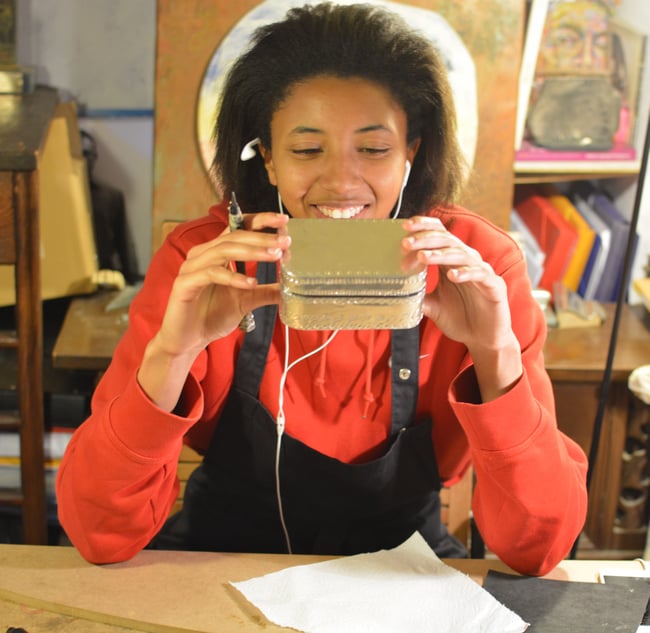 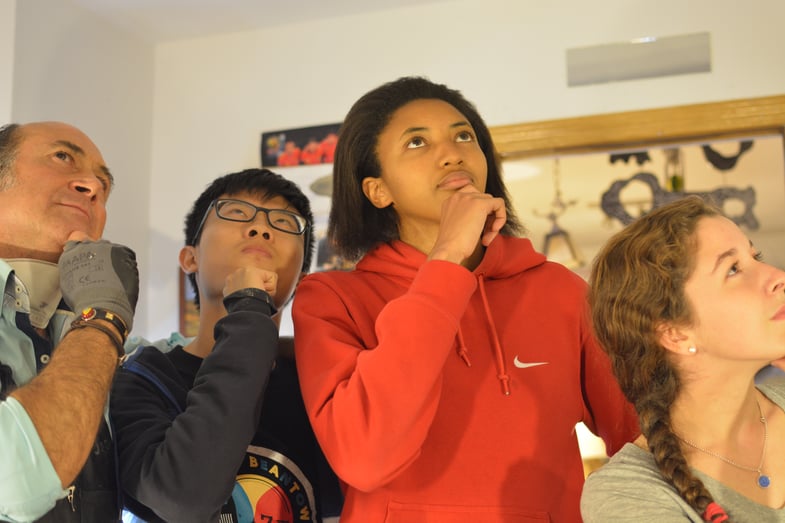 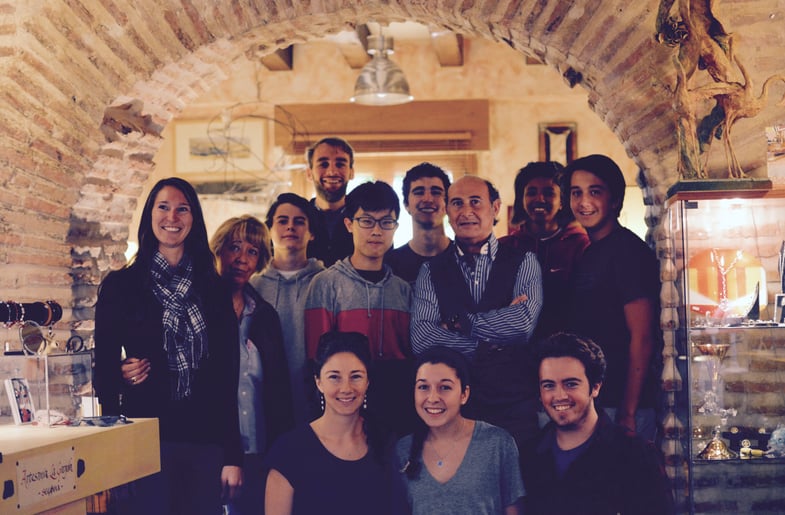 The walking, running and mountain biking trails that encircle Segovia’s old town provide stunning vistas and opportunities for exercise close to the city. 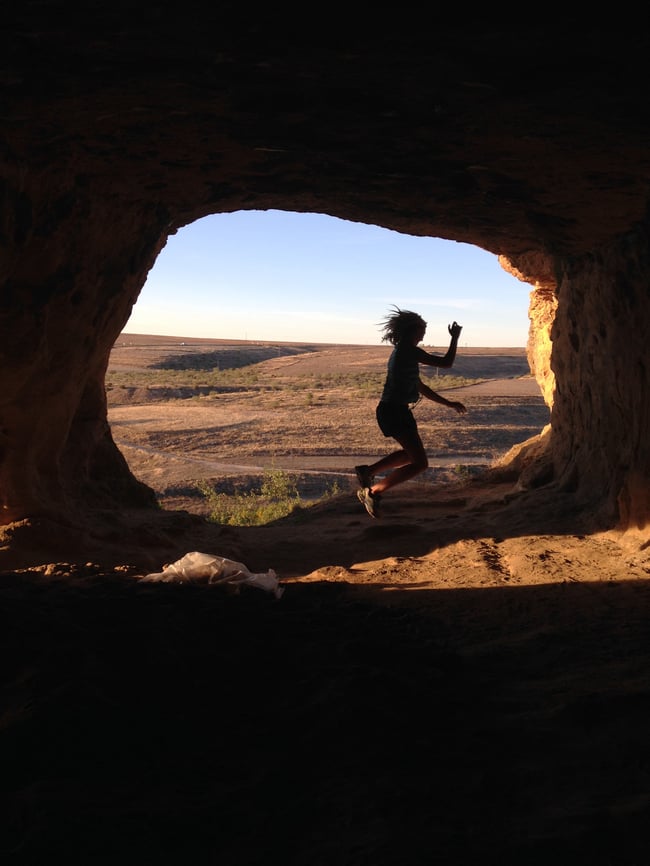 And you never know when you will discover something new like a cave, perhaps! 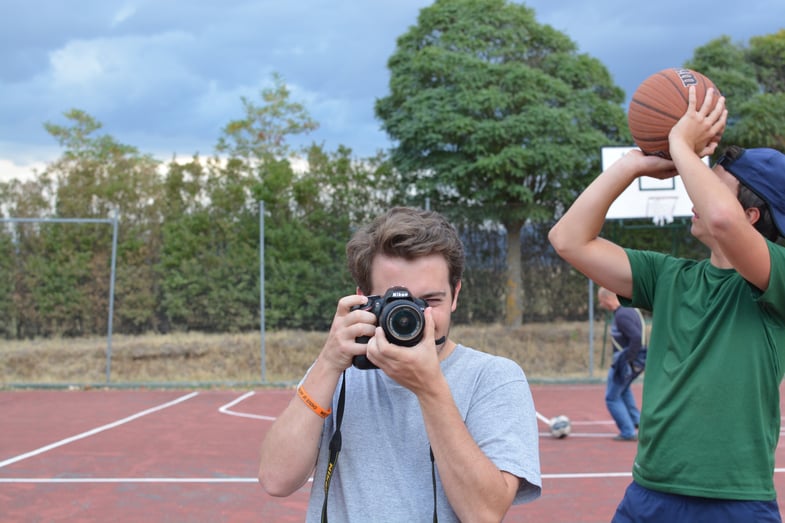 What a term of excellent student photography it has been! 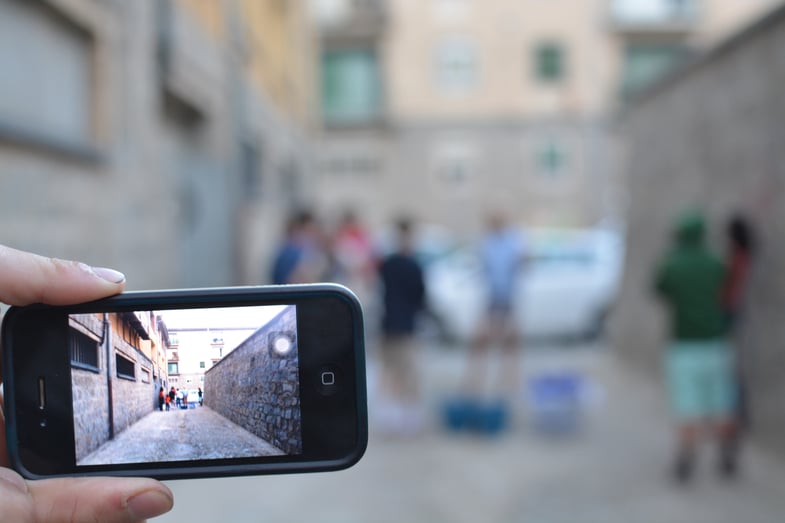 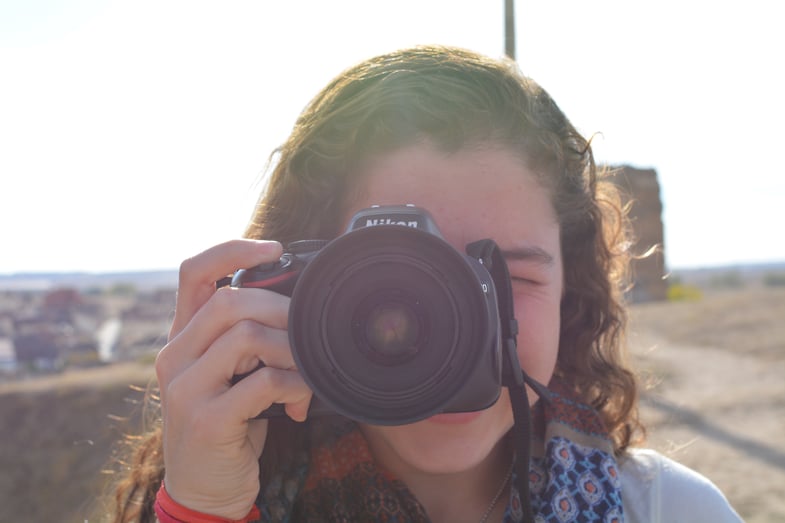 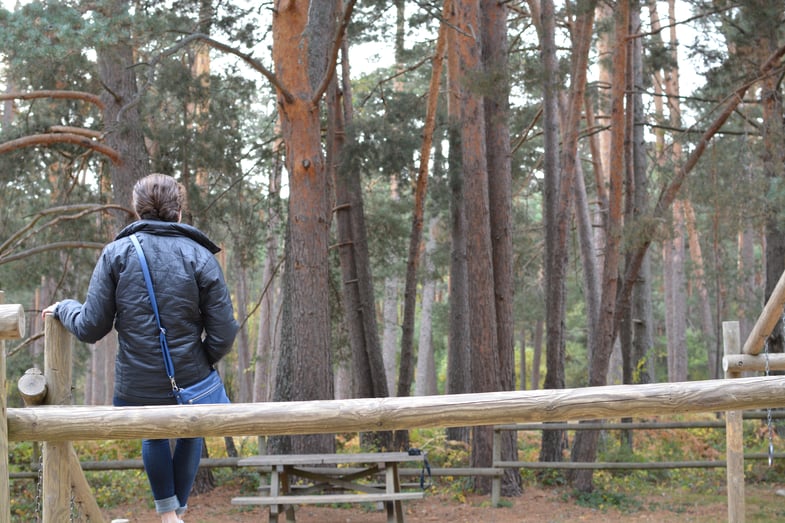 In the mountains of the Sierra de Guadarrama near Valsaín 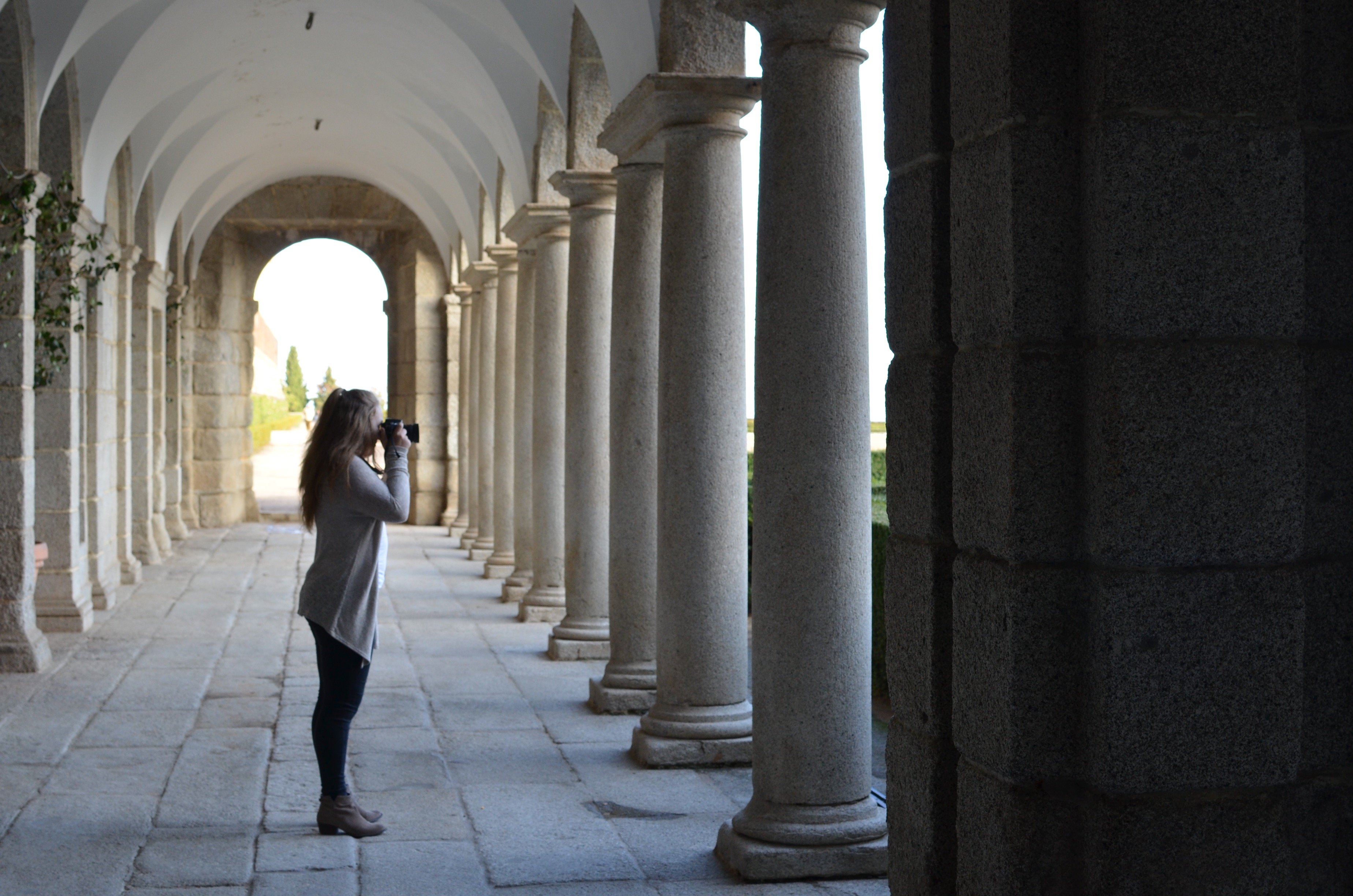 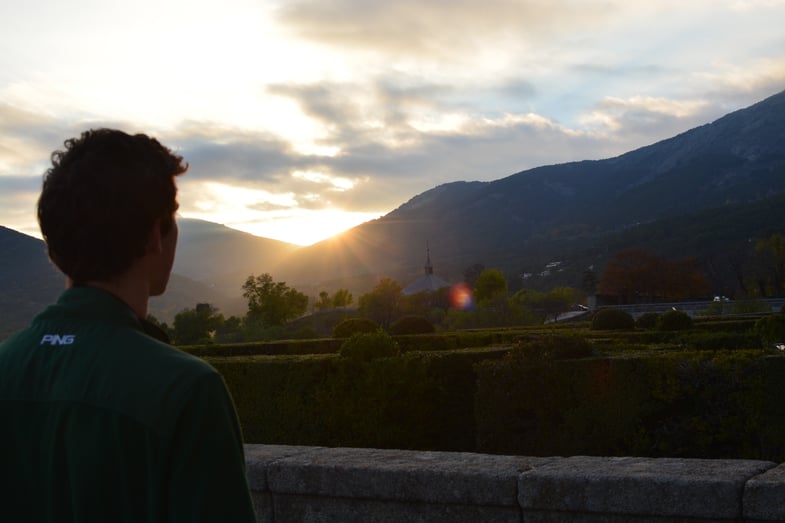 When I first got to Spain, I didn’t really know what to expect. It’s my first time being out of the United States, and I was a little scared that I might be kidnapped, get robbed, or people would be mean. But that wasn’t the case. Time and again people have ben genuinely nice.

I’ve learned that I have a really big heart when it comes to helping people in need. When we (our group) went to Barcelona, we were about to walk into a bakery, and I saw a woman outside of the bakery begging for money. Instead of giving her money, I went into the bakery and bought her a croissant. When I came out, kneeled down and handed her the bag, she gave me this really surprised and thankful look. I looked at her and said, “Toma.” She took it and said, “Gracias.” I felt so glad when I walked into the bakery. Spain is way different than the States.

People, here in Spain, are so nice and kind. When Eva, Vicente, and I were walking the Camino and came upon a farm, there was an old couple sitting outside. The old man got up and spoke to us in Spanish. We stopped with a puzzled look on our faces because we didn’t understand what he said to us. Then I looked in their garden and there was this small brown and white dog is running to us. I was kind of scared at first, but then I saw her face. I kneeled down and started petting her. She was so happy. Then all three of us walk over the couple. The man asked us if we were hungry. Eva and I said, “No”, but Vicente said, “Yes.” Then the man said, “We don’t have much here, but we have some fruit in the garden.” So the man went into his shack and came out with a bag. Vicente followed the man as Eva and I talked to woman. The moral is there are few people in the States (in my experience) that would be nice enough to just give a group of strangers free fruit.

I’ve found a lot of things surprising here in Spain. I really was surprised by the level of play on my basketball team. Not everyone on my team is athletically gifted, but that doesn’t stop them from trying. We played a lot of great teams, but my team played together and never gave up until the final buzzer sounded. They were so amazing to play with. From that effort, we are undefeated. I saw the brackets yesterday and we are third in the rankings. I’m also surprised that I had so much fun here. I wasn’t expecting to have that much fun on excursions and with my basketball team. Overall, I would recommend this trip to anyone. I’m very grateful for being on this trip because not everyone gets to come to Spain. I want everyone to experience what I have. 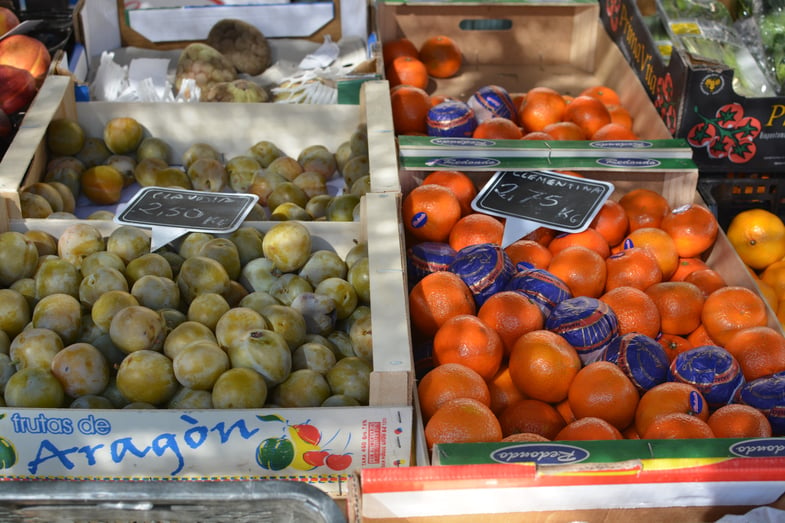 We are so grateful that the Thursday market appears at our doorstep every week, without fail (since medieval times). Some things never change.

This is why we cook as a group on Thursdays.

Homemade chocolate bizcocho with powdered sugar, hot out of the oven. 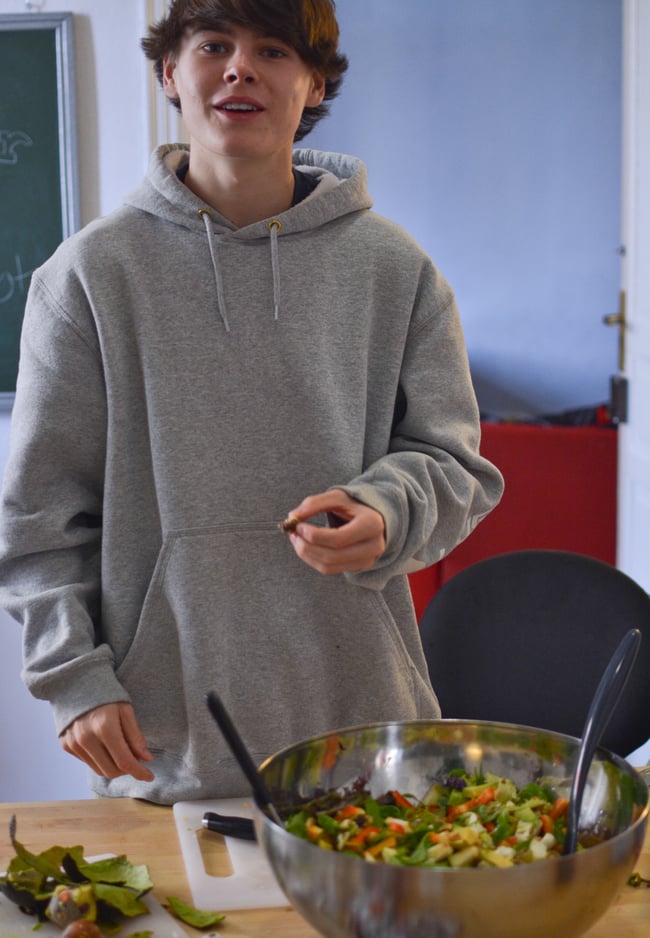 Rockin’ out to the hokey pokey at the Centro Cultural de San José (neighborhood de Segovia)! 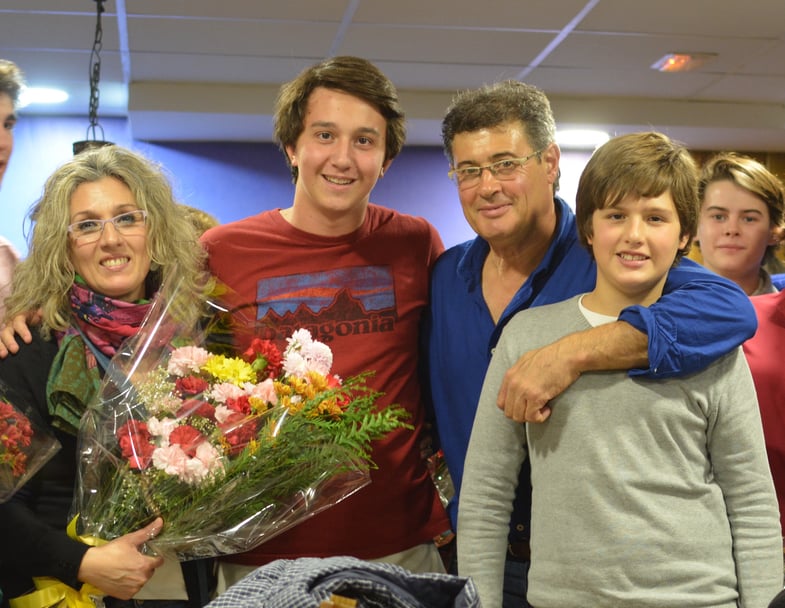 Luke with his host parents and brother.

Gray and his host mother Carmen. 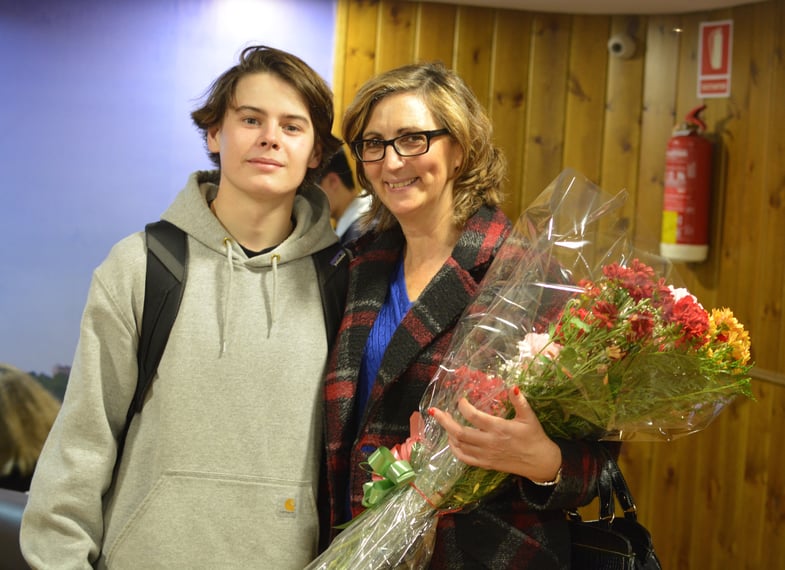 Will with host mother Rosa.

Always a challenge to get everyone to look at the camera! 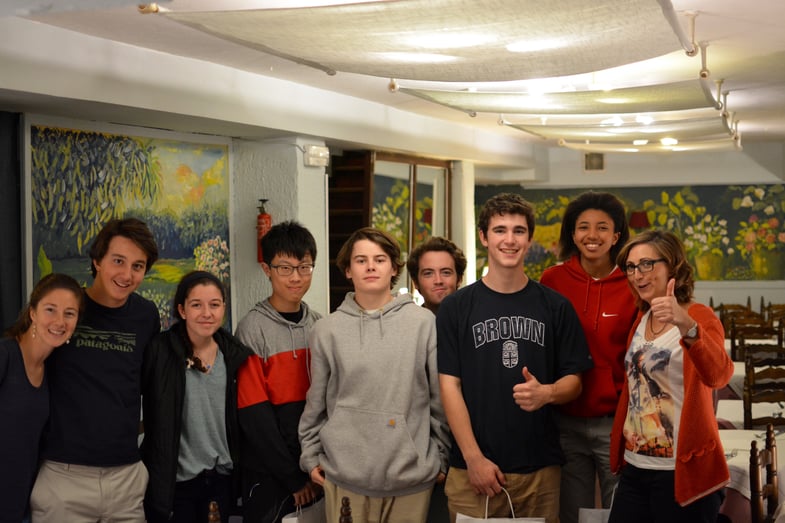 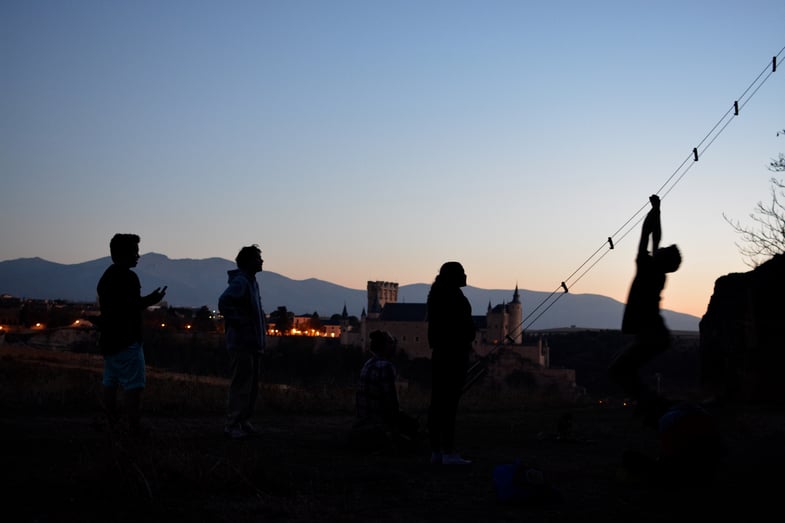 As the term draws to a close we return to where it all began, at the climbing wall. Hasta la próxima!