The end is here
The time I've feared
Where I must return home
Where I've always roamed
Goodbye to this country of beauty
I have done my duty
I have learned your ways
Here I have spent the best of days
Sadly I must say goodbye
For the end is nigh
So farewell dear old Spain
Until we meet again! 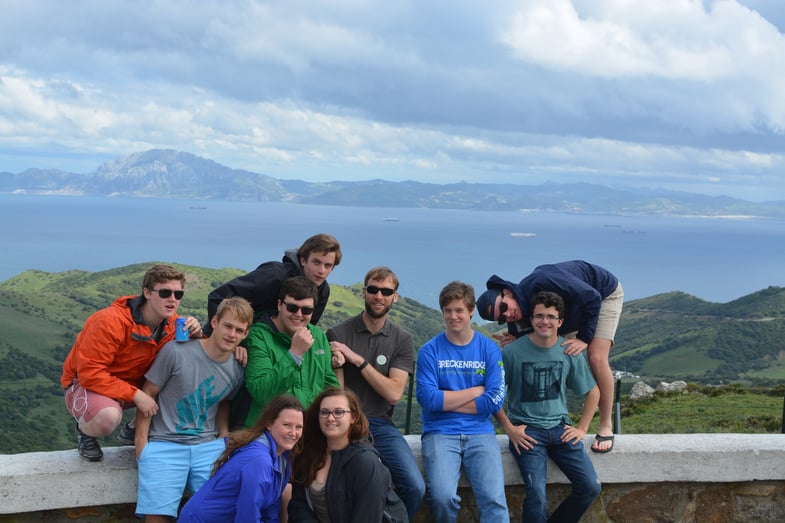 Gazing in awe at the Strait of Gibraltar and the African continent (Morocco) in the background!

Clink, clink, clash is all I hear as people fling themselves like flies to an orangey-wooden seat. People filed in like cattle after a long day in the hot sun. The room all of a sudden became dark as the night sky. Three wooden chairs suddenly appear along with three males. One was singing a tiny tune while the other one moved in sync and began humming. Then the last man, the guitarist, appeared. The floor started to shake like an earthquake had just hit as two females come out onto the stage. They were in the most colorful and electric colors I have ever seen. They lit up the room with their dancing. For the hour everyone was glued to their seats. Eyes were on the three men in the chairs and the two women who were dancing. Every three seconds there were booming sound like thunder because the women moved their bodies that fast. Once in a while you got a swish of cold blasting air in your face from the twirls of their skirts. The hour went by fast, but they truly showed their dancing skills. Flamenco is a traditional Spanish dance that most Sevillanos know. Flamenco is a dance and it is not spelled like “flamingo.” 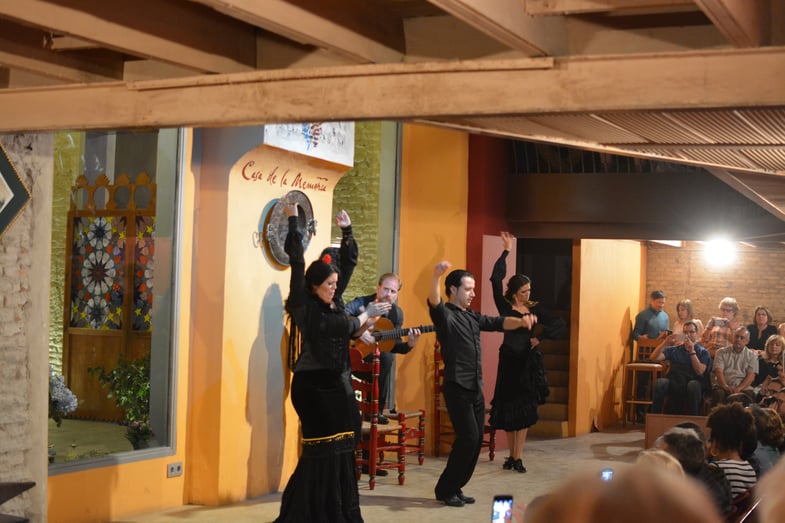 Sevilla’s Alcázar, a fascinating amalgamation of Islamic and Christian art and architectural traditions. 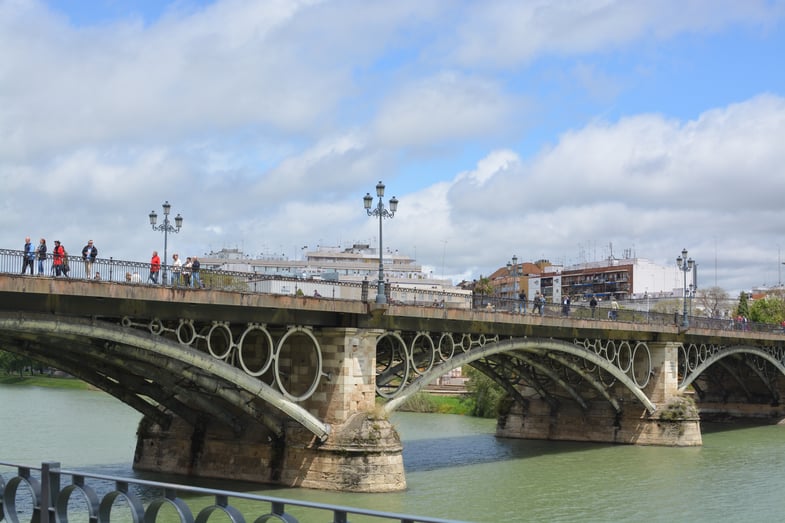 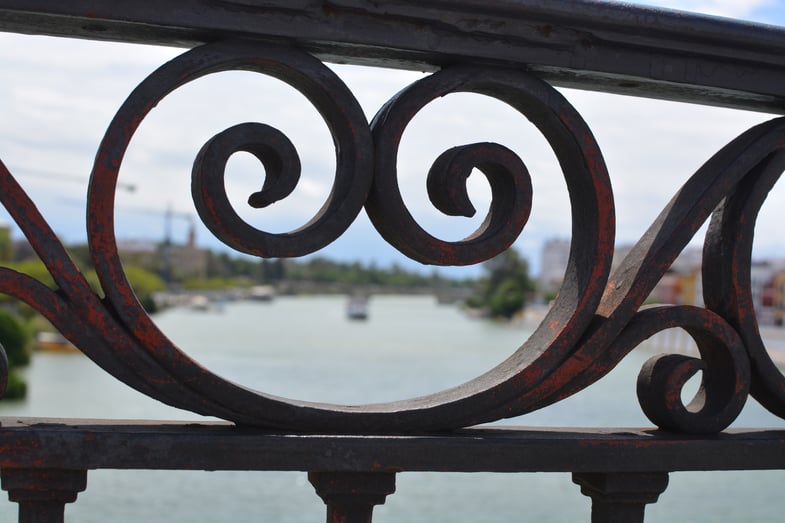 The river Guadalquivir and wrought iron. 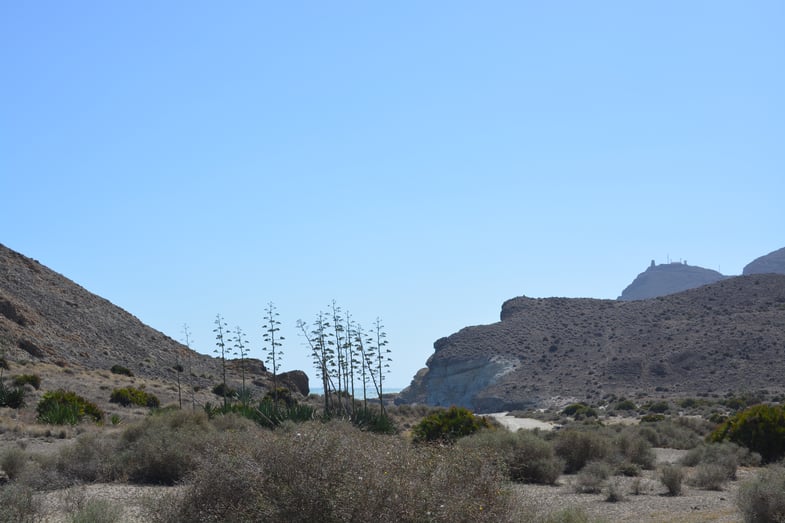 Like Spain, the climate and geography of the region of Andalucía varies greatly — from snow-covered Sierra Nevada to the marshes and sand dunes at the mouth of the Guadalquivir river to the Tabernas Desert in Almería.

Hiking on the GR-92, yes the same Mediterranean trail we hiked on in Catalonia, to a hidden beach! 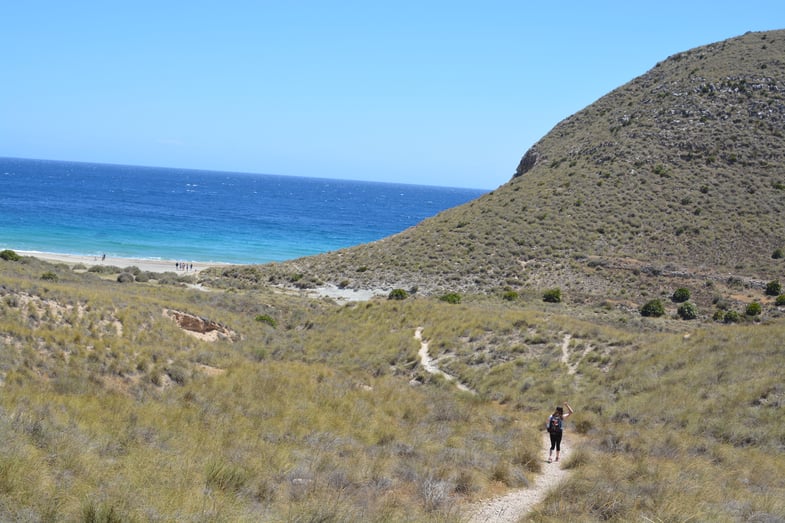 Playa Cala de Enmedio (Beach of the Cove In Between) 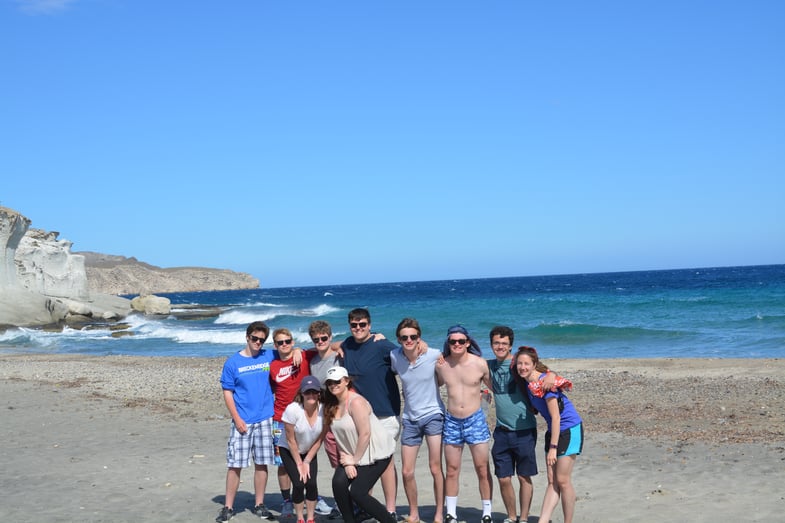 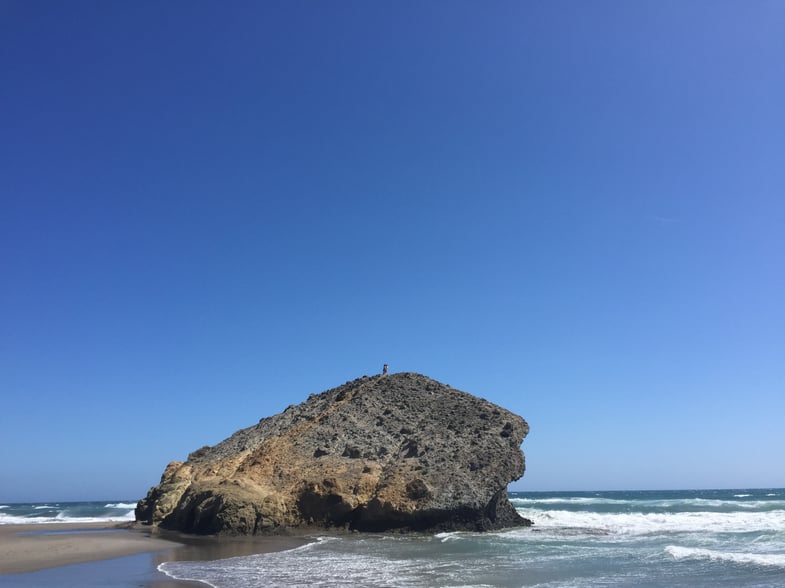 Playa Monsul. If this rock looks familiar, it may be because it was featured in “Indiana Jones and The Last Crusade.” 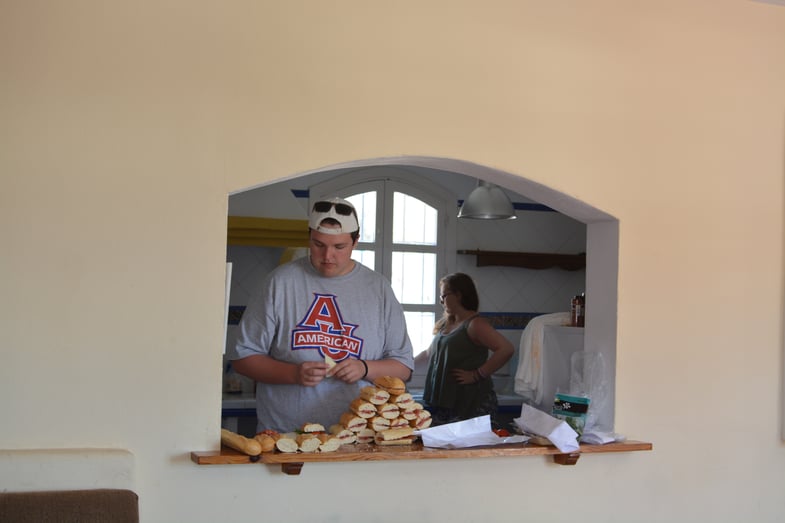 Walking through the streets of Segovia, cars rushing by every once in a while. Rain drizzling down. You know that if you stop to get out your rain jacket you won't keep walking. All of a sudden you feel you're being lifted. Turn around completely scared, but you see an old woman helping you get your backpack off, putting your raincoat on, and helping you get your backpack back on again. In most places if a stranger is taking off your backpack, you scream and run. But here in Segovia everyone is genuine and kind. I think that will be one of the things I will miss most. I will miss being able to trust people and the genuine hospitality. Even to tourists Segovia its people welcome everyone in with open arms. Thank you Segovia for exceeding my expectations and making me feel at home here for two months!

A Proctor en Segovia tradition: a group photo with metal arts instructor Jesús on the final day of the term. 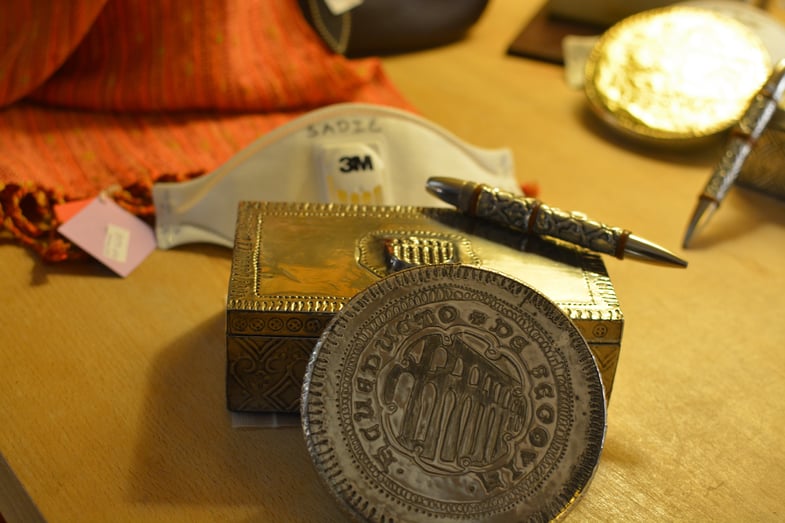 Student metal arts pieces on display in Jesús’ shop at the end of the term. 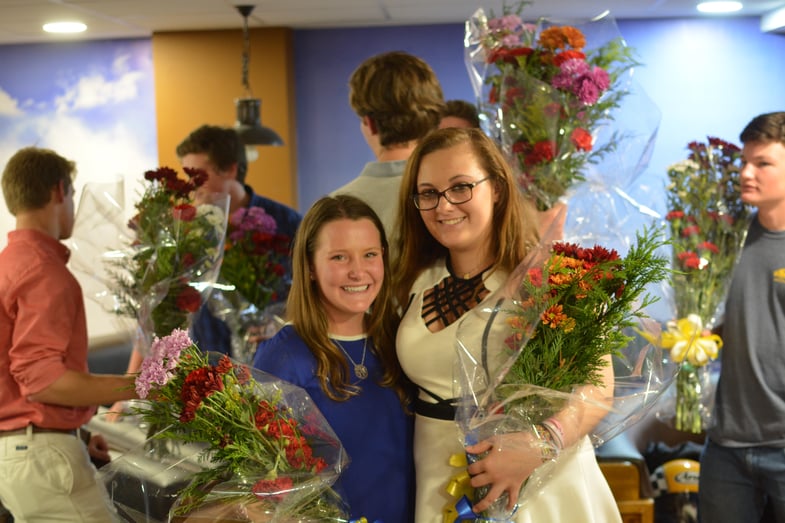 Sadie and Emily pose before giving flower boquets to their host moms. 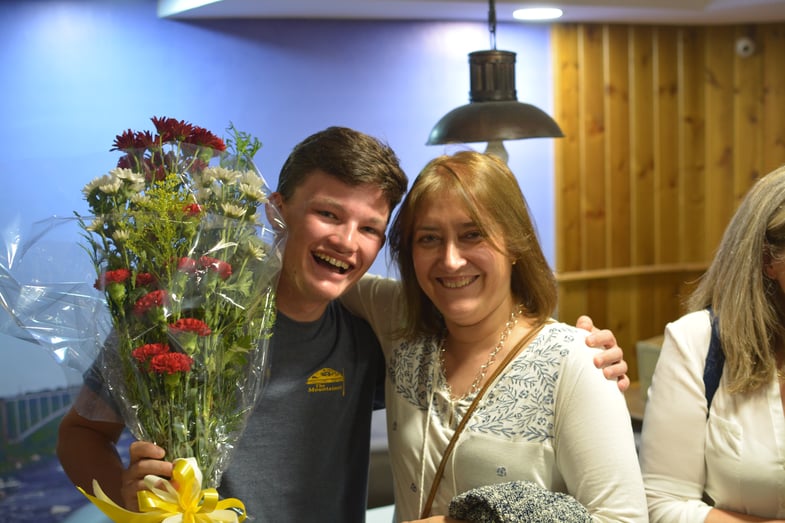 Drew with his host mom, Ana.

Nathaniel and María Ángeles (and a few friends)! 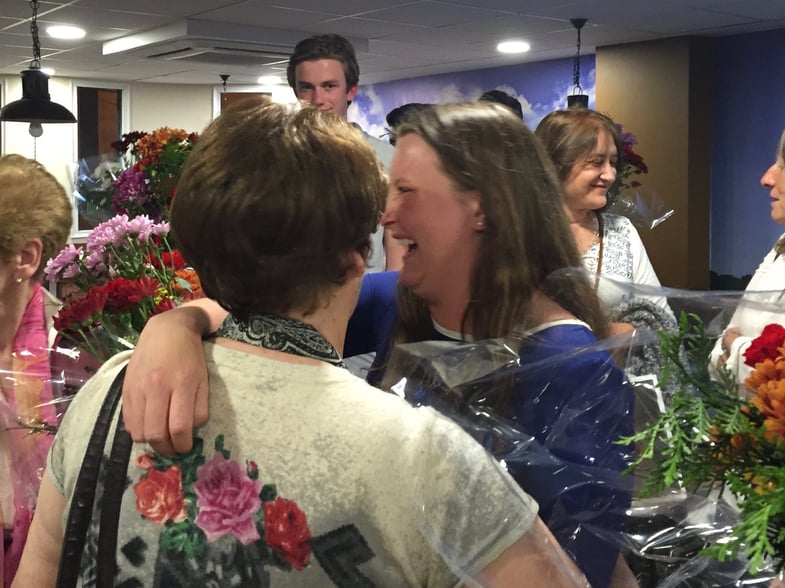 Home
Not only a place
But also a feeling, too
I have a home here 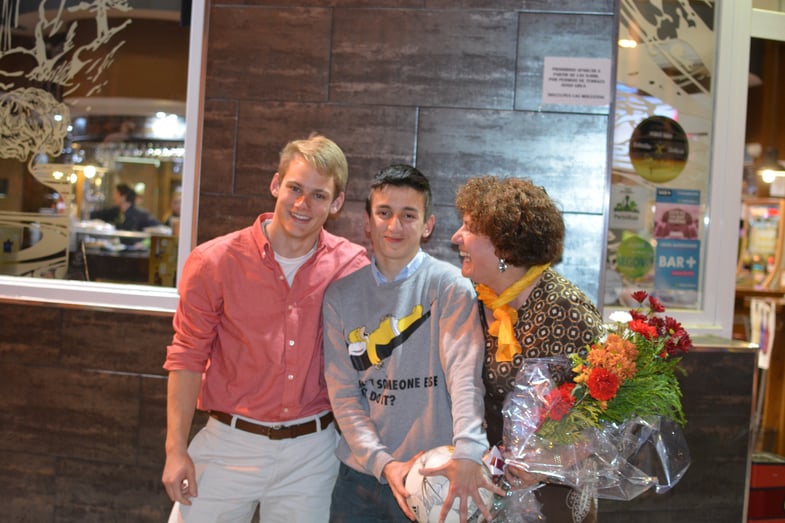 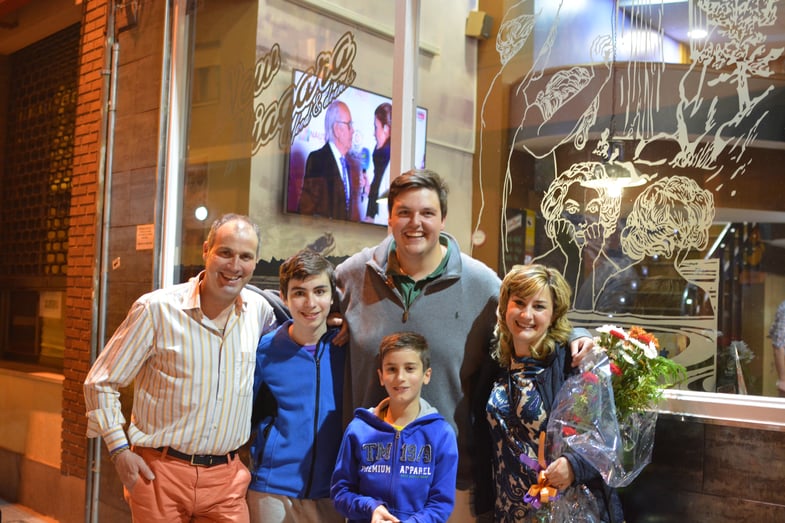 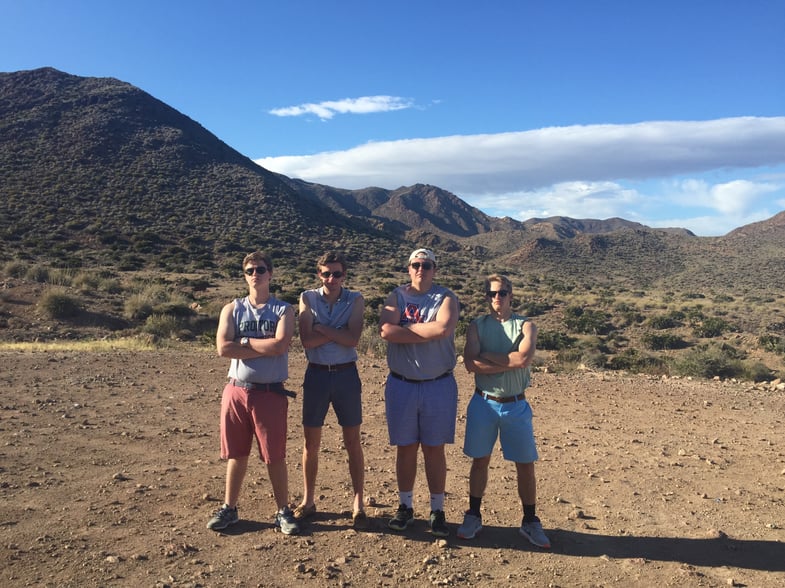 Thank you for a term full of laughter. We miss you!