In this post, Proctor en Segovia spring 2016 journeys from the high plains and mountains of Castilla to the Mediterranean coast of Catalonia. In the capital of the region, Barcelona, we saw Catalan separatist flags and heard an unfamiliar Romance language. We were surrounded by Gaudí’s modernisme and walked through layers of history (Roman, Jewish, and the late medieval Aragonese empire). North of the capital, in the land that inspired Dalí’s “landscapes” we traversed terraced olive orchards and ancient fishing villages. Enjoy Kevin and Hayden's tales of our visit to Gaudí's Sagrada Familia and our trek on the GR-92. 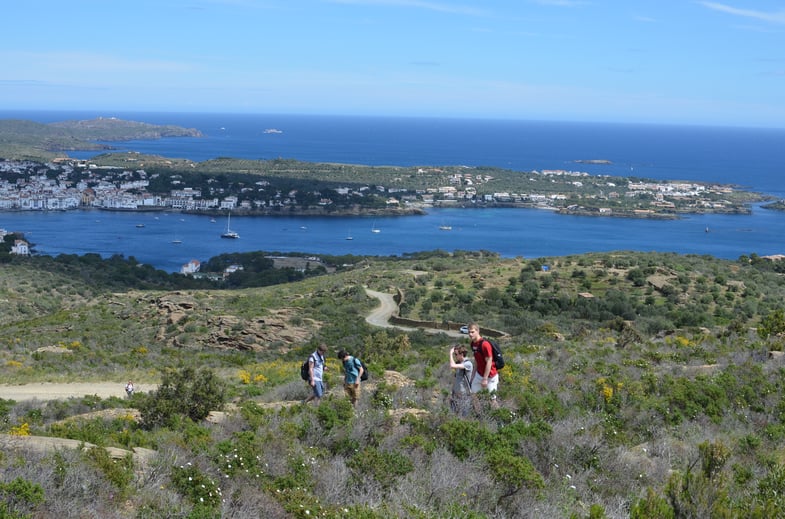 We started the day off with an early morning and an hour long ride to the train station in Madrid. Once we reached Madrid, we all went our own ways as we boarded the train. Some of us used this time to catch up on homework or some much needed sleep. After 3 hours of beautiful Spanish countryside and rolling hills we arrived in Barcelona. We departed the Sants train station and packed into the crowded metro on our way to the guest house that we would call home for the next few days. After a short stop we left and began to explore this new city. The first location on our list was a massive basilica called the Sagrada Familia. The large towers were the first part of this masterful work of architecture that we noticed. Even from a distance we could see them poking up over the tops of buildings. As we approached, we began to see more and more until we were suddenly right in front of it. We circled around and presented our tickets to go inside and then ran inside to escape the wind. When we walked in we were greeted by a soft amber light mixed with various blues and greens. The stained glass that covered the walls left a light that wasn't too bright and also wasn't too dark. After a brief history of the church we took our audio tours and began to wander around and learn in the most “touristy” way possible. After about 45 minutes of walking and listening to various facts about the church we all converged back at the benches for our second short history lesson. After filling our brains with new knowledge we descended into to the crypt section of the church. Despite this being the resting place of the architect, it is still the only section of the Sagrada Familia that is free to the public and where regular mass is held. After we finished exploring the lower section of the church we headed back to our hotel where we would relax for a while before dinner. 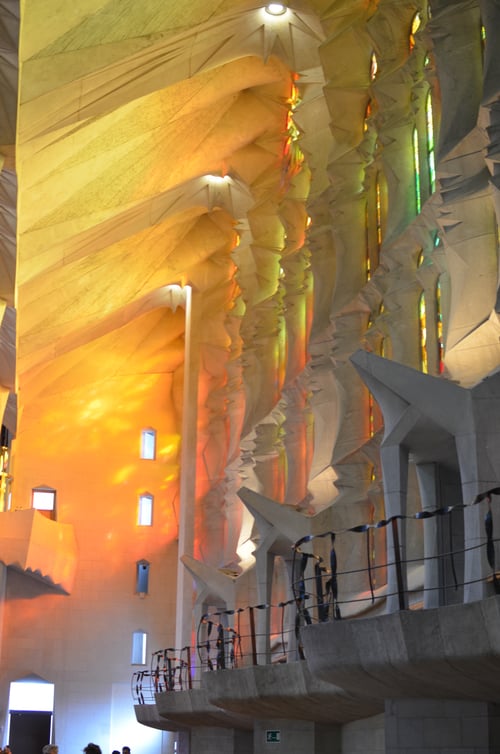 The beautiful light as the sun shines through the stained glass windows of the Sagrada Familia. 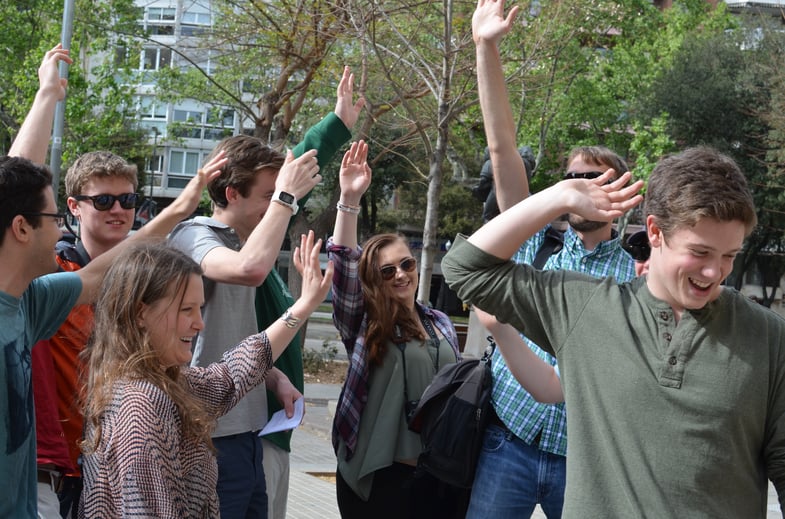 About to start our adventure to the Sagrada Familia. The enthusiasm was great. 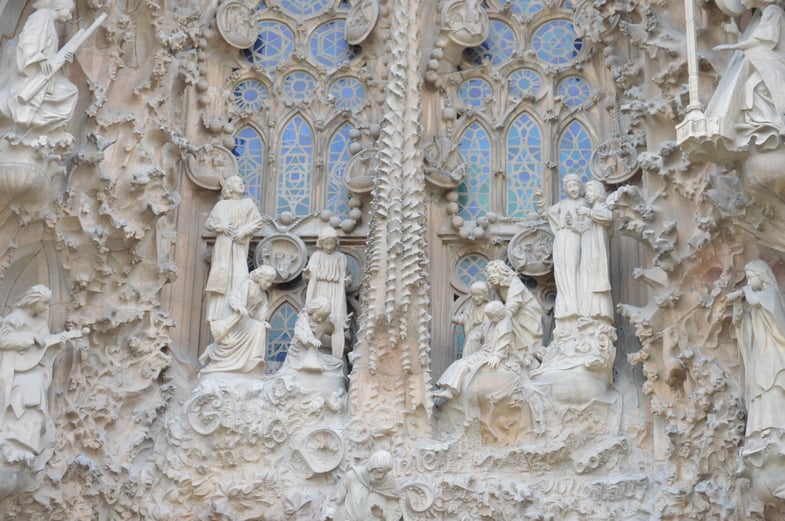 A part of the beautifully sculpted Nativity facade of the cathedral. (Photo credit: Sadie Slattery) 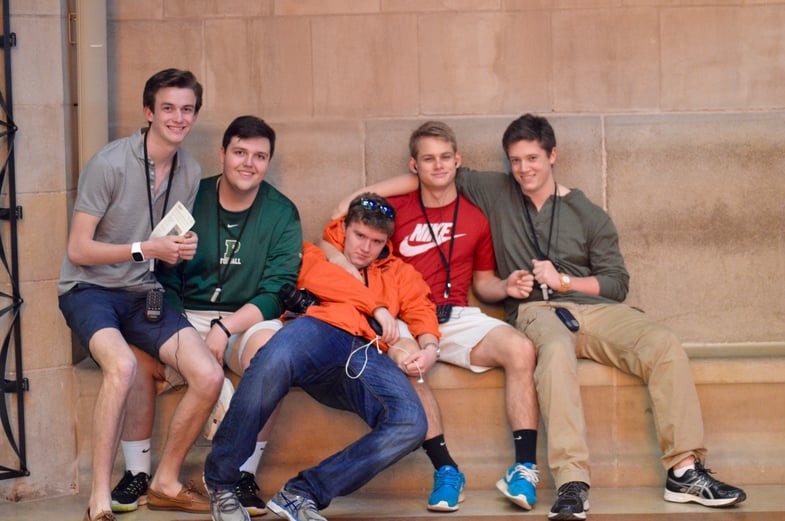 A few of the guys taking a break after venturing throughout the massive Basilica. (Photo credit: Sadie Slattery) 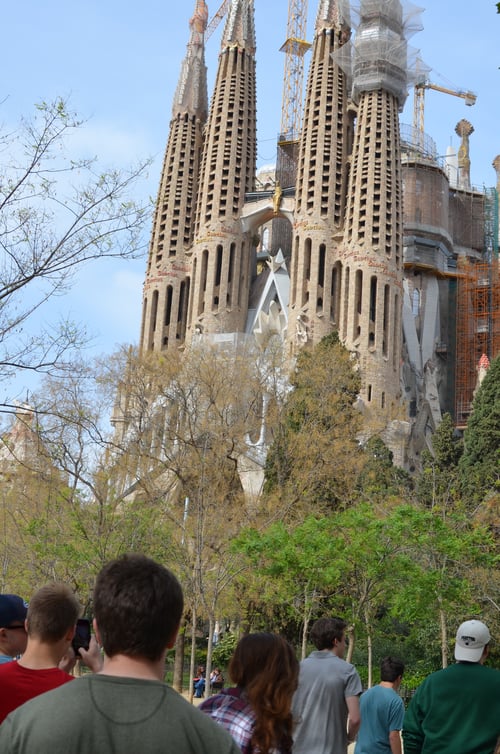 The view from outside of the massive Basilica was astounding. 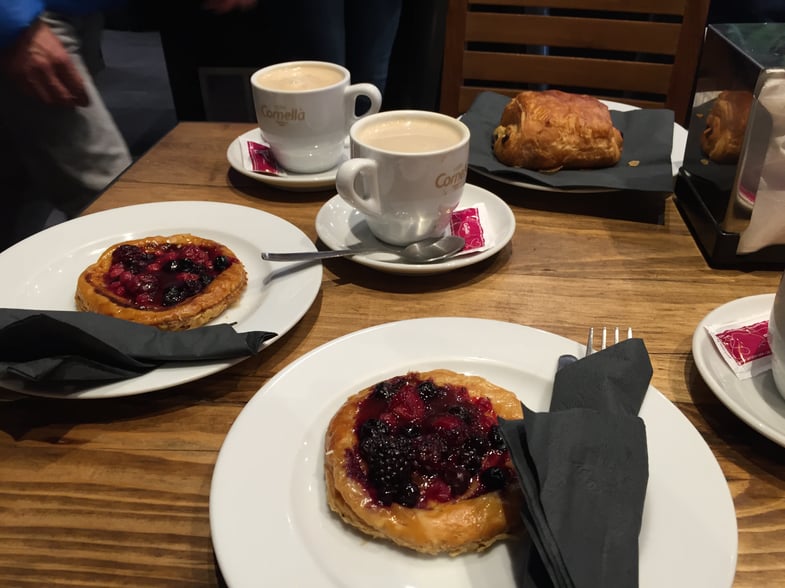 Getting up on Saturday morning was not exactly enjoyable due to the fact that we were up rather late the night before. After breakfast we packed ourselves into the cars and started our journey to the coast. The road was long and winding as it ascended the side of the mountain. Once we found a place to park, we parted with Ryan and began and continued our journey on foot. We started in the small coastal town of Cadaqués. Pretty soon we found ourselves outside of the city, ascending the hills finding astounding views of the coastal hills and the Mediterranean. After a couple of hours of traversing through the countryside, we took a pitstop to buy a drink at a local hotel and eat our bocadillos (sandwiches, of course). Once everyone had caught up, we met and talked for a few minutes. Some people scanned the beach to collect the abundant sea glass at the beach. We then continued on with the hike. Climbing up the hillsides next to the coast, we enjoyed throwing rocks down into the sea below. We soon came to a road and we decided to follow it. After following this road for a while a few of us decided to take a side path for a minute to get some photos from a cliff side which dropped right down into the ocean. Upon returning to the road, the other three guys were long gone, so we decided to just keep following the road. We soon found our big red rental van, but the other guys were nowhere to be found. We called them to see where they had gone and found out that they decided to take a path off of the road. Hayden, Matt, and I decided to explore the surrounding area, and we soon made our way to a nearby beach where we waited for about 45 minutes for the Sadie, Emily, Mikaela, Drew, along with Ryan, who met them on the path. We all piled into the big red van and drove to the city of Roses where we found Grey, Nathaniel, and Max. In total those three had walked about 14 miles whereas the rest of us had walked about 8.5 miles. The hike was definitely one of the high points of the Spain trip thus far. 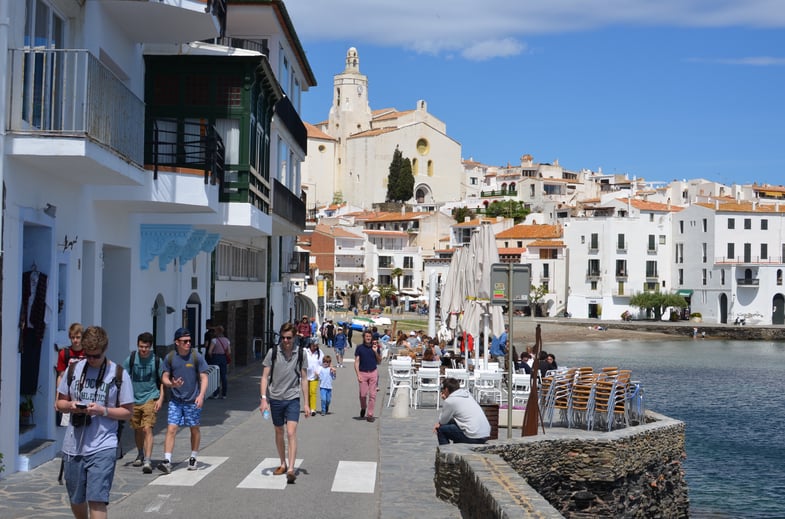 This beautiful seaside town, Cadaqués, was the point where we started our long trek to Roses. 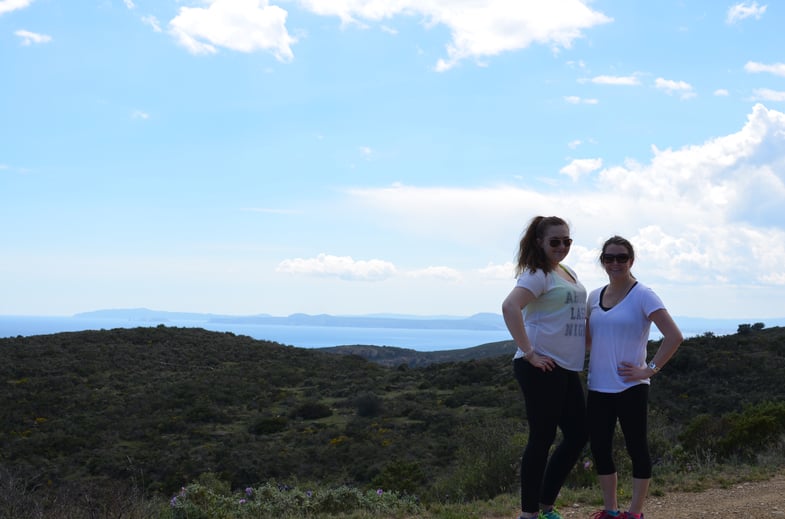 A picture at about the 1 mile point with the beautiful Mediterranean in the background.

We struggled a bit after four miles on the trail, but we pushed onward! 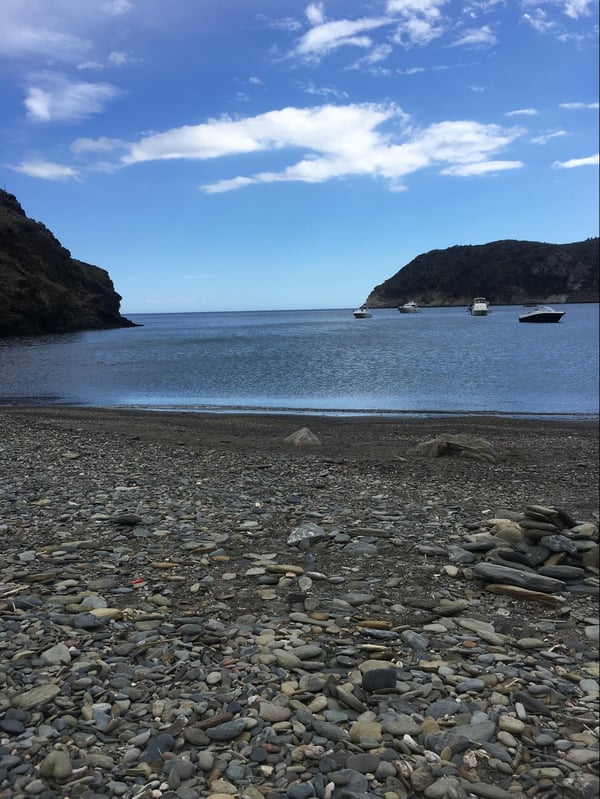 The beautiful scene from the beach where we took our lunch break. Although you cannot see, there was sea glass scattered throughout the rocky beach. 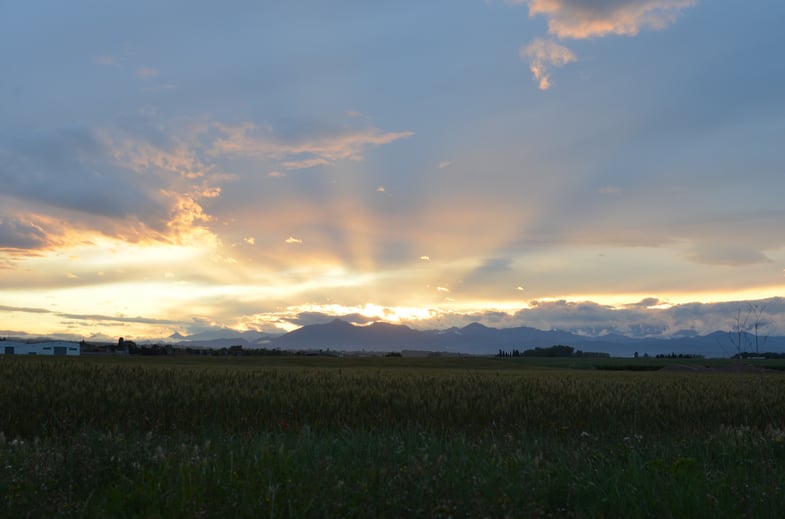 Sunset near our rented house in Girona Province with the foothills of the Pyrenees visible in the distance.