I have just arrived in Spain, and I am about to spend three months immersed in the culture, living with a homestay family, and attending three hours of Spanish class per day. It hasn't really hit me yet.

I keep telling myself, “I'm in Spain for school.” After summer break it sometimes seems more like an extension of vacation. Living with a Spanish homestay family is very entertaining. It's like a game to see who can understand what is being said first. I don't know much Spanish; I took it freshman year and it hasn't really stuck with me. My peers say it's enjoyable to watch me try to communicate with Spaniards on the street or at a restaurant. First, I try speaking in English. When I realize people don’t understand me, I attempt to sign. If that fails I add “o” to the ends of words or ask Siri for help. With the help of my host family and Spanish teacher, I’m learning some basic words and phrases for survival. 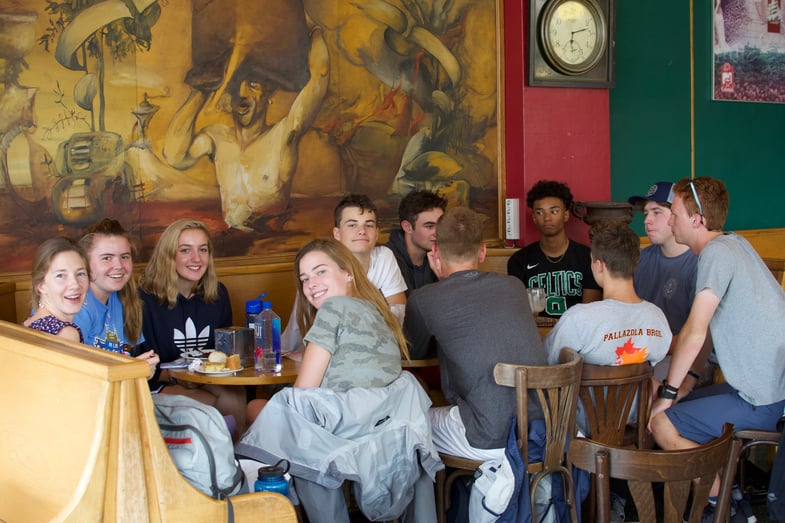 As students are immediately immersed in life in Segovia, they learn (or recall) how to order their favorite drink and pastry en español.

They learn the route from their homestay family apartment to the school in the old quarter, and then discover new routes.

And paths across old quarter plazas and plazuelas, down alleys and callejones that sometimes lead to new perspectives of the Roman aqueduct. 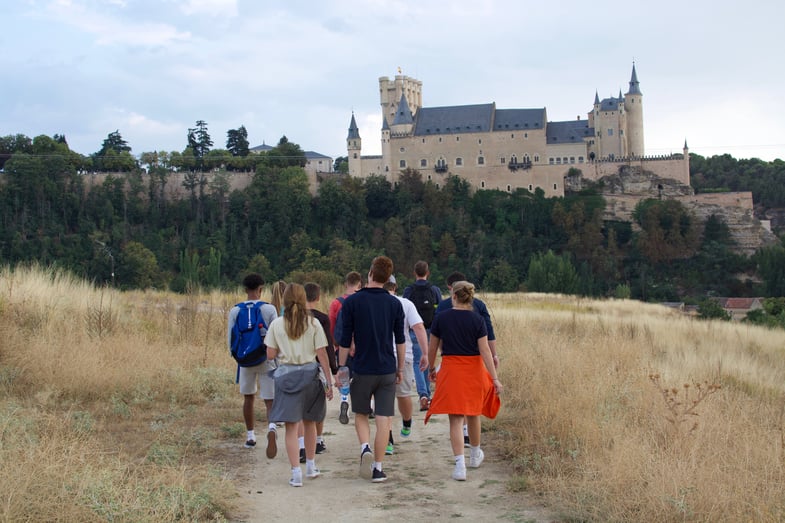 And then they venture beyond the old quarter walls to find a network of walking, running, and biking paths.

The first weekend of the term we went to Madrid. It seems like a very people friendly city with bike paths everywhere, rentable scooters just perched against buildings, light posts, and trees. I was able to do a few things in Madrid, and I’m looking forward to a couple more day trips to the city. As a group we went to the Spanish National Archeology Museum. It is a very cool place. Seeing art and statues from thousands of years ago right in front of you is amazing. 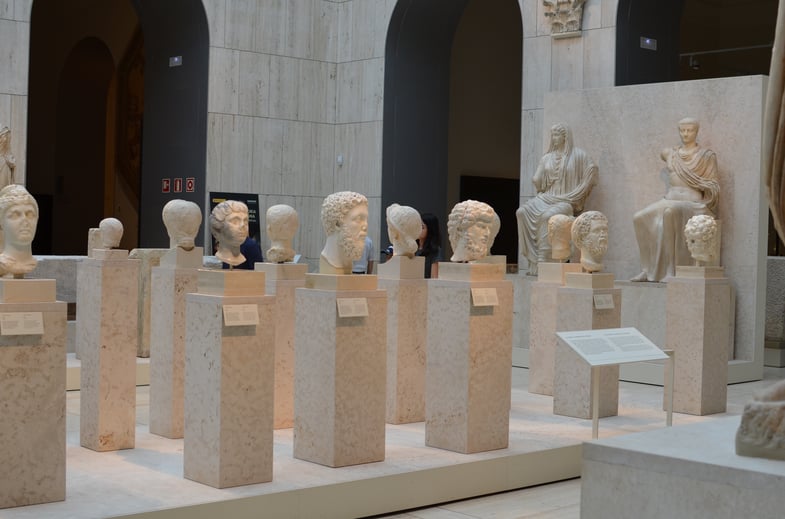 For example, Roman sculptures from 100 C.E. 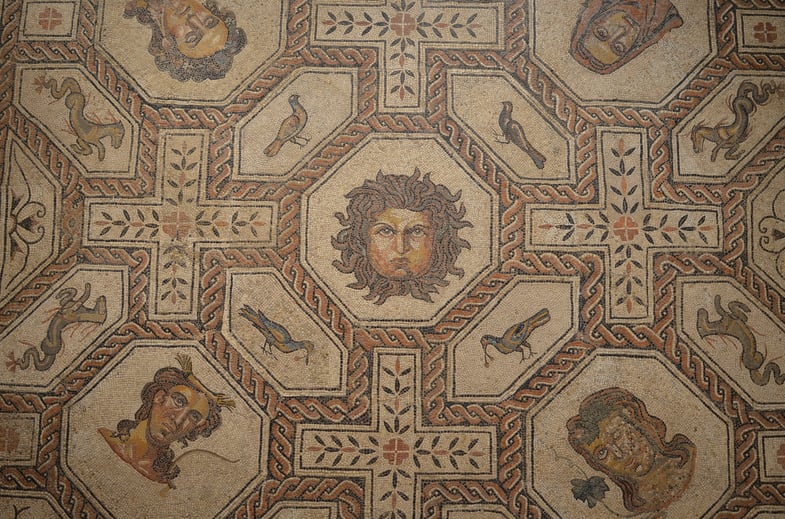 After that we went to the Puerta del Sol. There were many stores, people, and attractions. While in Madrid I was able to see my brother who is also doing an off campus program in Spain. It is nice to be able to see family while being so far away from the rest of them. On our way back to Segovia we learned how to use the bus station and the subway. 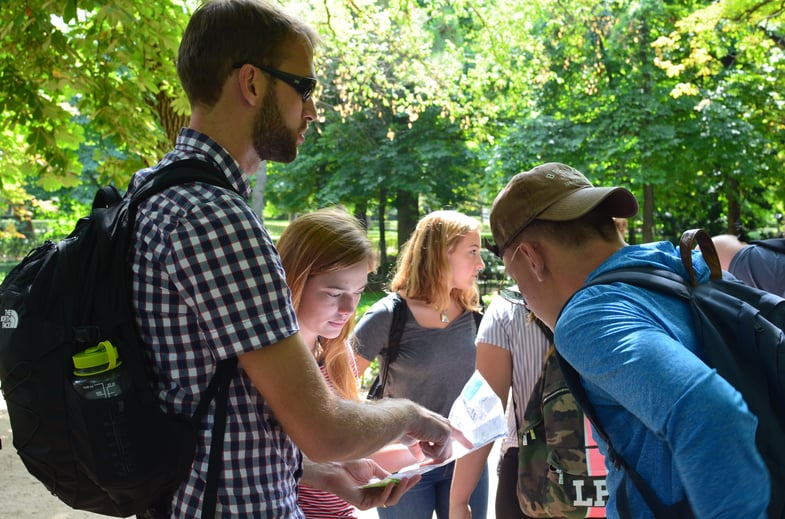 They weren’t lying when they said “Spain is Different.” To start, the whole day is pushed back a few hours. Lunch is at 2:00, dinner is at 9:00, and breakfast doesn’t really happen. Even the sun rises and sets behind the schedule were used to. This is great for people like myself, who like to stay up late, but horrible when trying to get past jet lag. 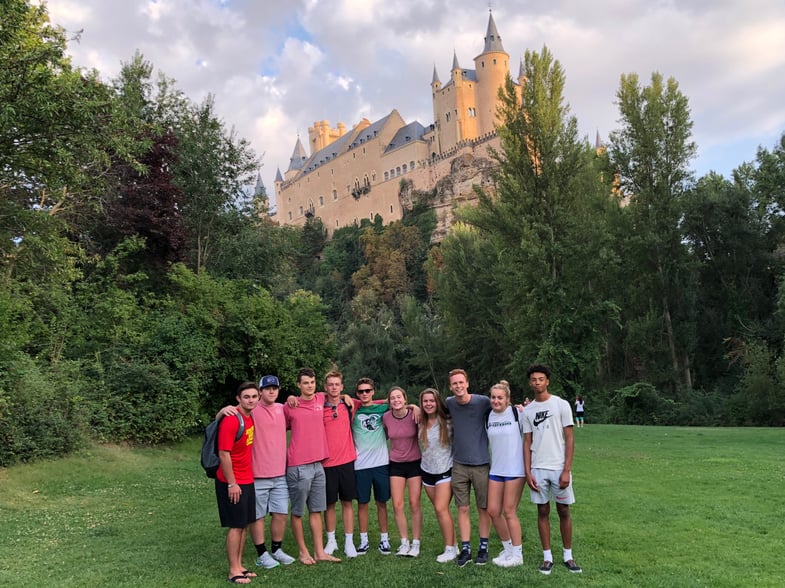 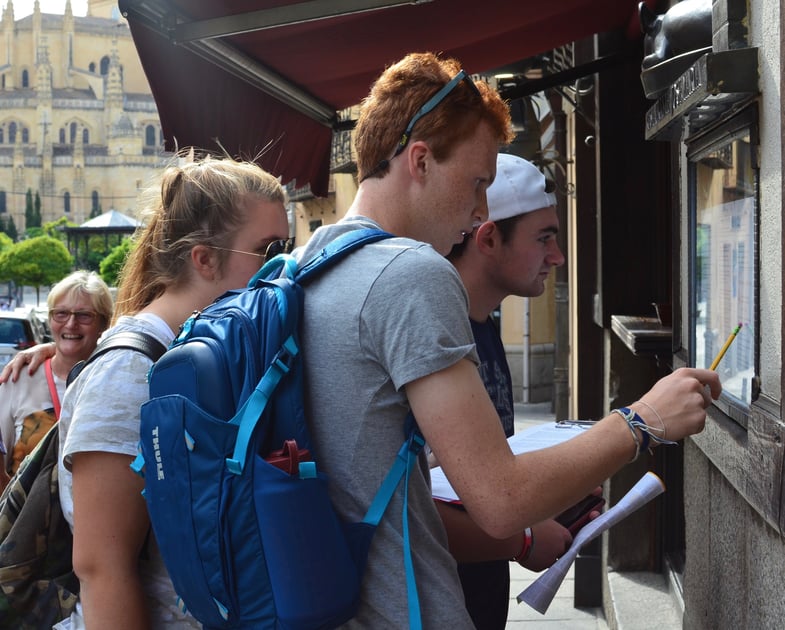 Living with a host family is its own adventure too. I live with Juana Sanz, an 80 year-old mother of 6 who has lived in Segovia her entire life. Juana has a knack for cooking, and could easily feed 10 with her meals for two. I think of myself as a picky eater, but I will happily eat her strange and tasty dishes. Already I’ve tried new soups, meats, and fruits.
All food here is different. That’s not unexpected. I knew coming into it that I’d rarely (if ever) have the Kraft mac and cheese or the Cape Cod potato chips I was used to, but I didn’t think something as simple as classic red sauce would taste so different. In a lonely moment it's hard to find a slice of home (even the Dunkin Donuts here is different), but the new flavors and palate is quickly becoming familiar. 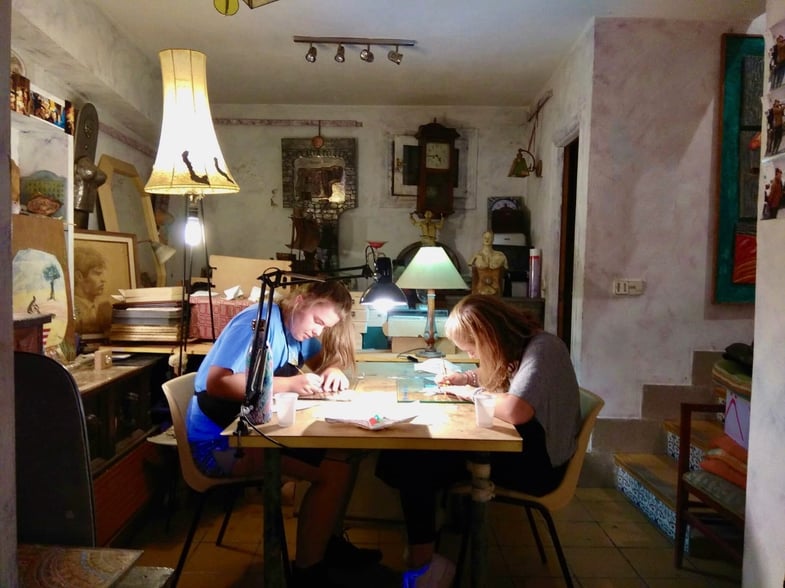 We don’t spend all our time in Segovia, though. Just last Saturday we took a trip to La Granja, a town about 30 minutes away with a royal palace the size of a small village. Exploring just the gardens took us over an hour. There are 26 fountains, all gigantic, all with a story. Most are in the neoclassical style, and depict a scene from Greek or Roman mythology. The original 1700s plumbing still holds up, too. One fountain can shoot water up 130 feet, all powered by gravity and 300-year old pipes. One could easily spend days roaming just the gardens. 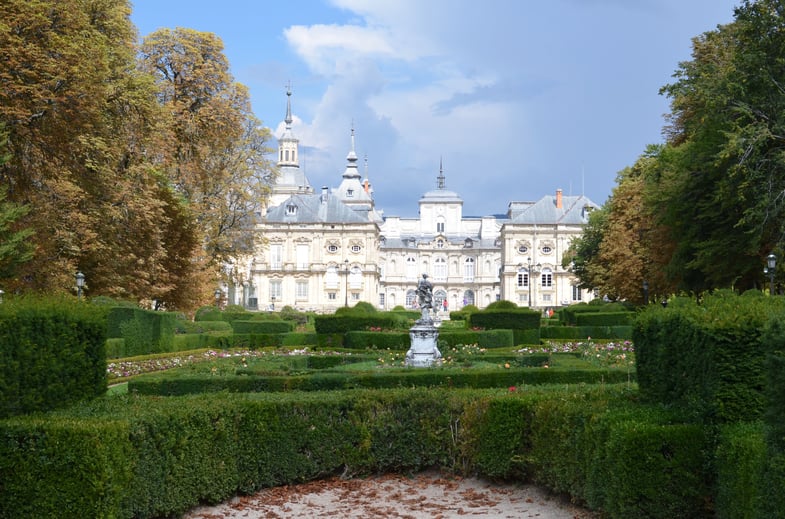 Our first two weeks in Segovia have been full of excitement and exhaustion. All of us eagerly await out next excursion: a five day trip to Galicia, spending three nights on the Camino de Santiago! Hasta pronto! 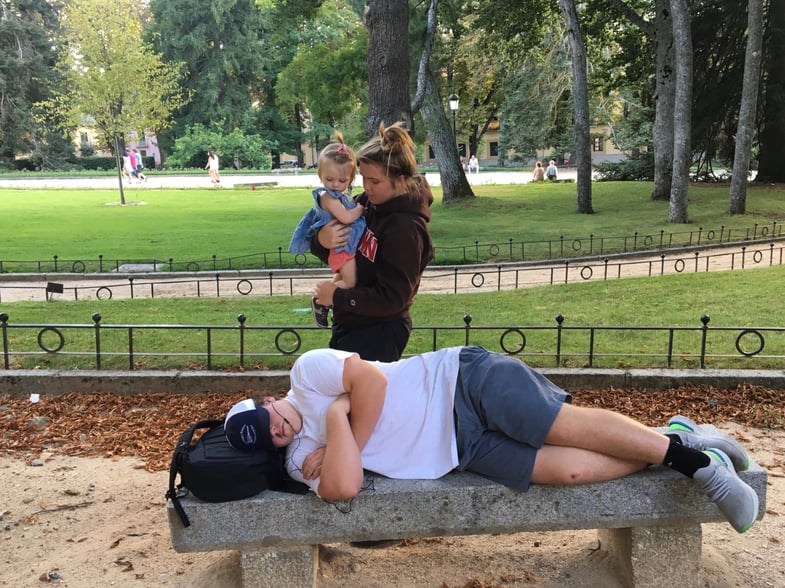 Students are quickly adapting to their new lives in Spain where the schedule is later, lunch is the largest meal of the day, and every afternoon there is time for a siesta (nap).