We arrived at the main train station in Sevilla around two o’clock. From there it was about a half hour walk through the city to our hostel. The hostel was in an great location within walking distance of the river, the Alcázar, and the largest Gothic cathedral in the world. 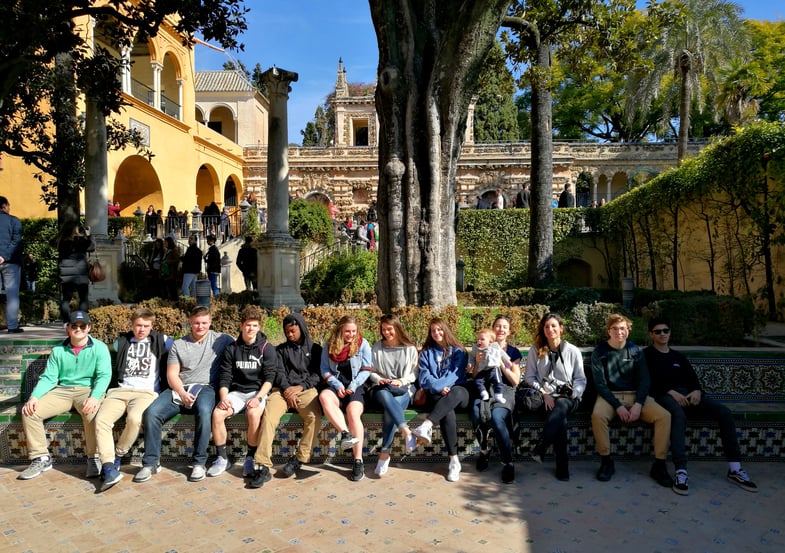 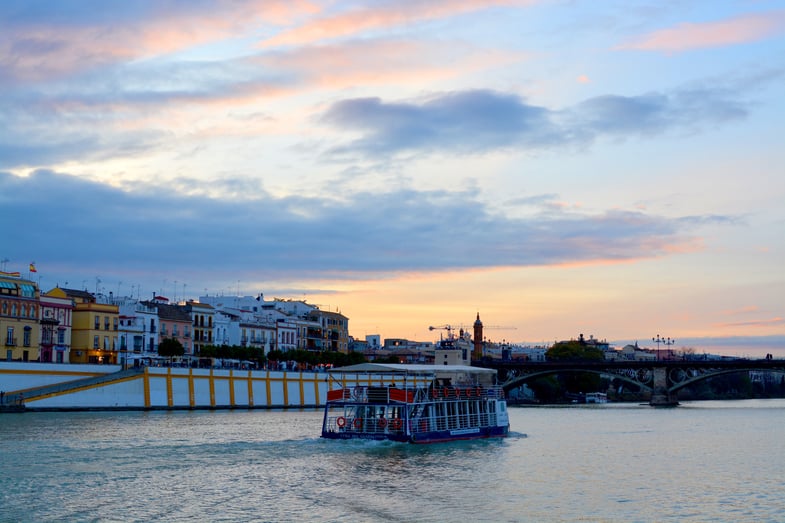 Walking along the Guadalquivir, looking across to Triana. Sevilla really does have “un color especial!”

We were at the hostel for about an hour before heading out to walk around with Ryan to learn a bit of the city’s history. Dinner was at an amazing little restaurant in the city. We had mostly traditional tapas, some ceviche, patatas, and other delicious food. After that a couple of us went to one of Sevilla’s many gelato stands and got some tasty gelato. 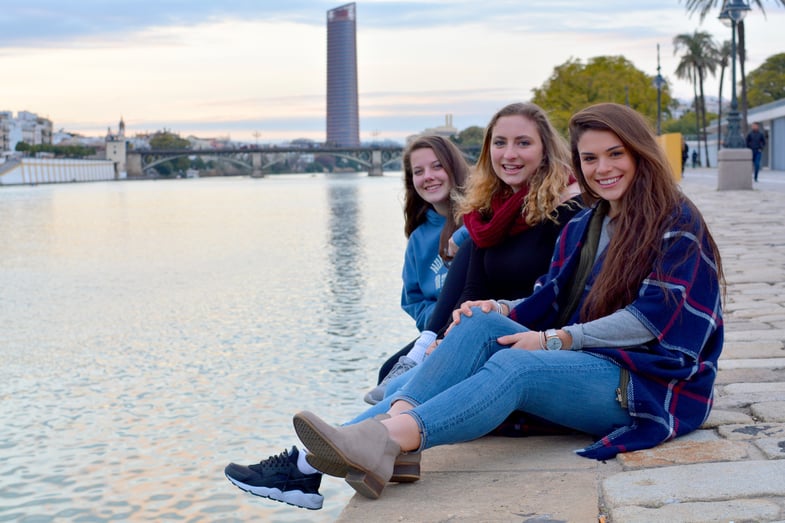 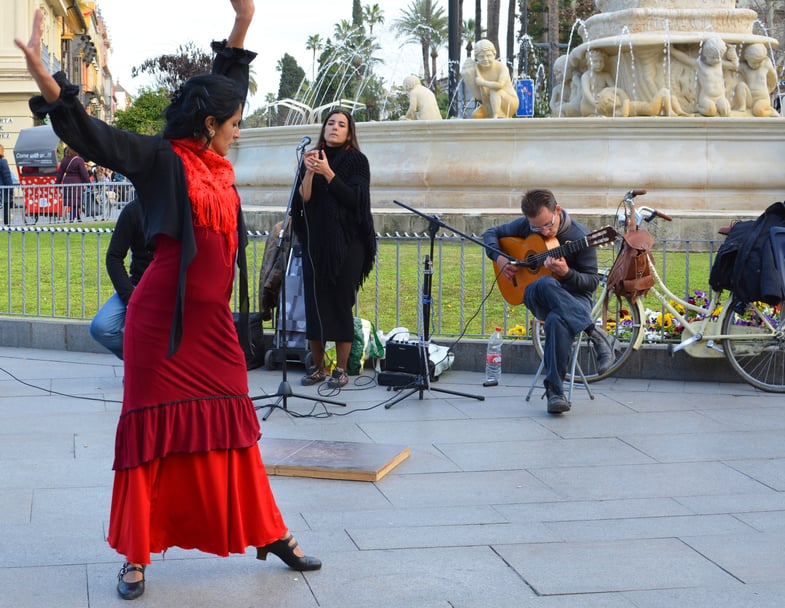 Flamenco guitar, singing and dancing is ubiquitous, from street performances to impromptu guitar with tapas.

The next day was our trip to the Alcázar of Sevilla, a large Christian and Islamic palace that has been in the city since the tenth century. The entrance was made of old brick that had crumbled over time and that opened up into a beautiful courtyard decorated with palm trees. 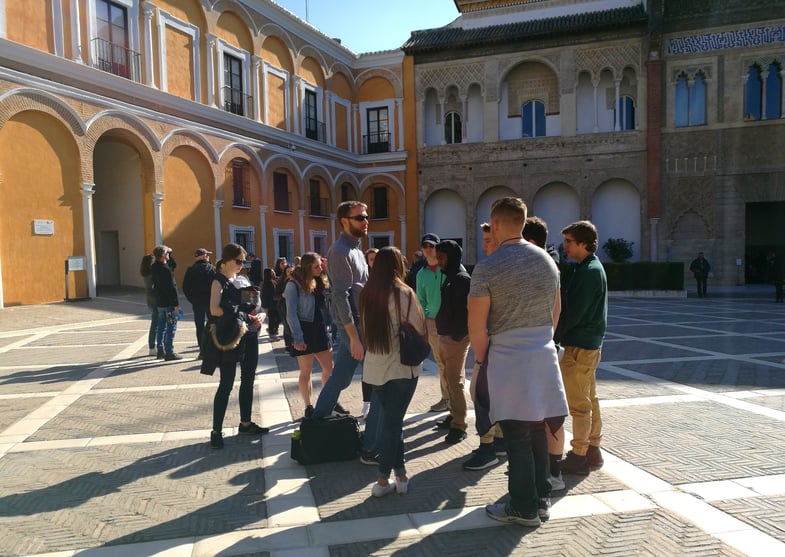 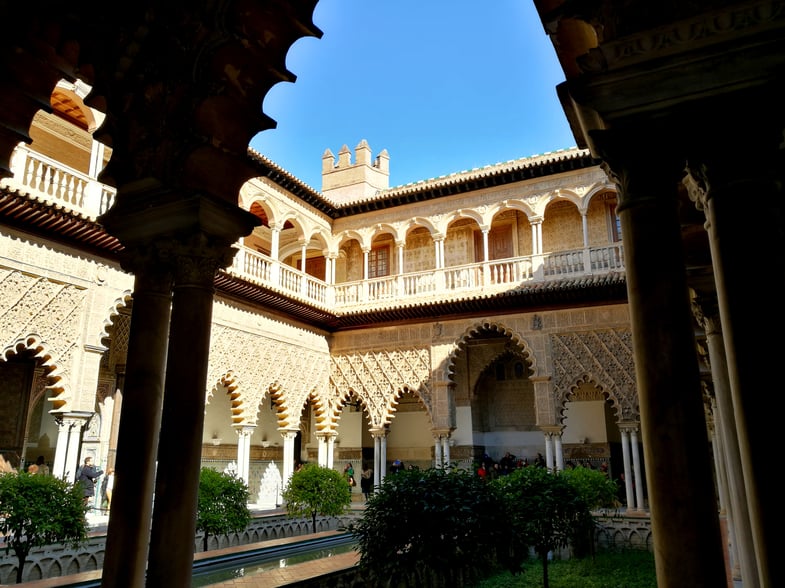 The inside consisted of many rooms decorated with tiles, carvings, and other artwork that eventually opened up into an expanse of beautiful gardens. Orange trees grew everywhere along with many other trees throughout the massive gardens. We spent an hour exploring it all, even coming across a few peacocks. Our trip to the Alcázar could not be complete without Ryan giving us a quick lesson on the layers of history at the enormous fountain in the middle of the gardens. This was by far one of the most amazing places I have ever seen in my life and I hope I get to come back some time. 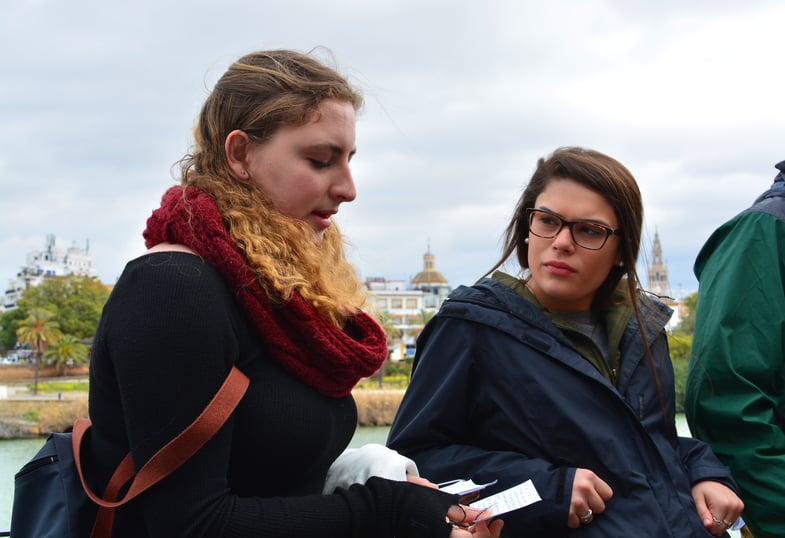 Emmie leads a discussion on the history of the Roma people in the Iberian peninsula.

On the third day we took a trip to the city of Cádiz, which is a peninsula on the southwestern coast of Spain. The reason for going to Cádiz was so that we could experience the culture around the Carnaval. We were all very excited, blasting music on the hour long car ride from Sevilla. No one knew that this festival was going to be this massive until we slowly crossed the bridge to Cádiz and saw all of people in crazy costumes. Ryan and Laura dropped all of us off because finding a parking spot was going to be difficult. The temperature in Cádiz was also very hot compared to any of the other places that we have been to. We all split into different groups as we weaved in between the massive crowds of people trying to find something to satisfy our hunger. After about an hour of searching and almost going around half the peninsula we all found restaurants. The food was mostly sold out since of the Carnaval so we ordered what we could. 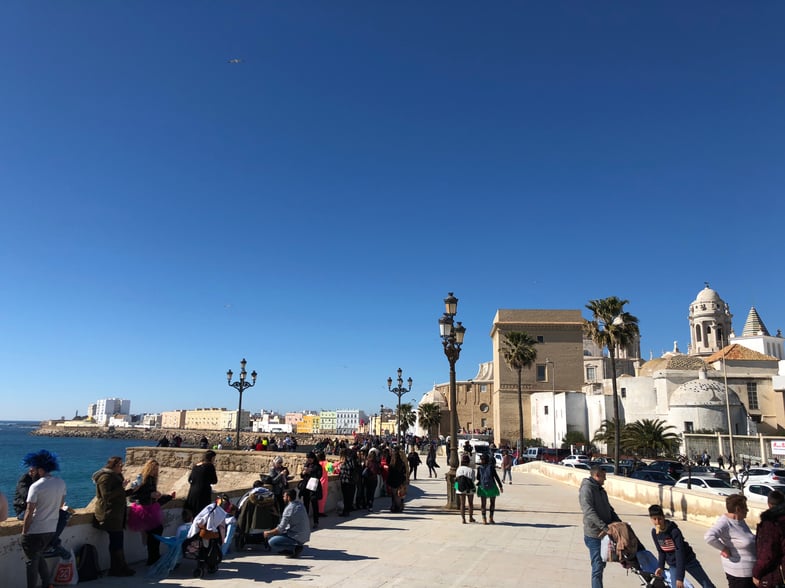 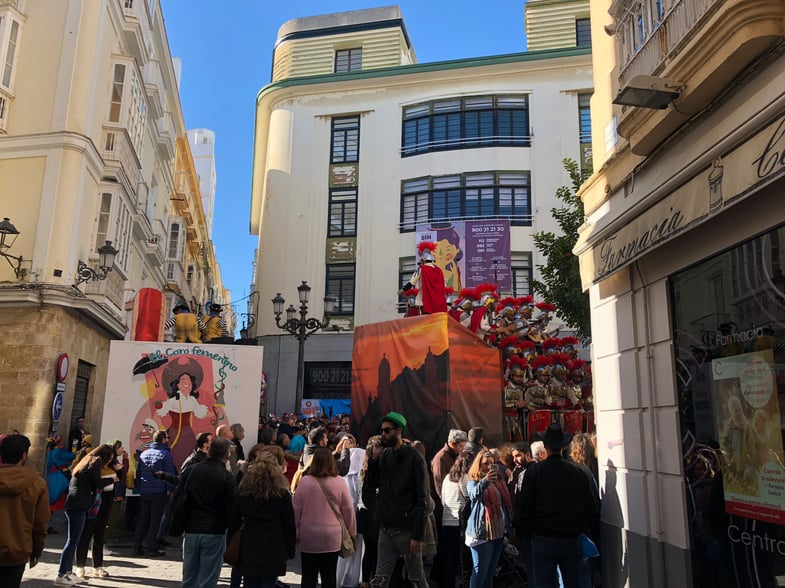 We then grouped up to head to one of the beautiful beaches in Cádiz. No one went swimming, but we did enjoy the nice weather and just hanging out. Now it was time for the parade. This parade was probably the biggest parade I have ever seen. Seeing all of the people in costumes in the parade and watching was something different for all of us. The parade was like any parade which includes very loud music, throwing candy, and a lot of people. We then ventured back to our hostel and had dinner in Sevilla of traditional Andalucían food including paella and oxtail, and the innovative chupachups de pollo or chicken lollypop! 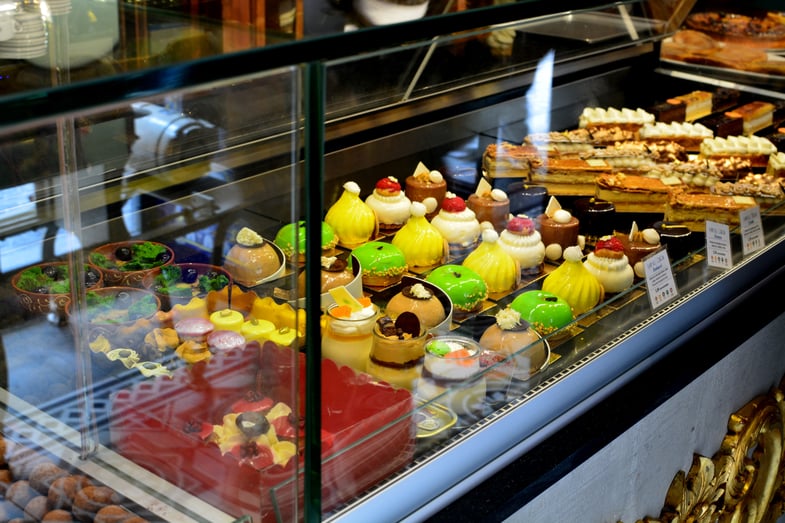 I wake up in the morning on my white sheets and in my white pijamas. I got out of bed, reach for my white towel and head for the shower. I drop my towel on the white floor. The white walls of the shower enclose the heat. I hang my towel, throw on a white shirt and put the rest of my clothes on. I go down the white stairs and drink coffee with white milk. 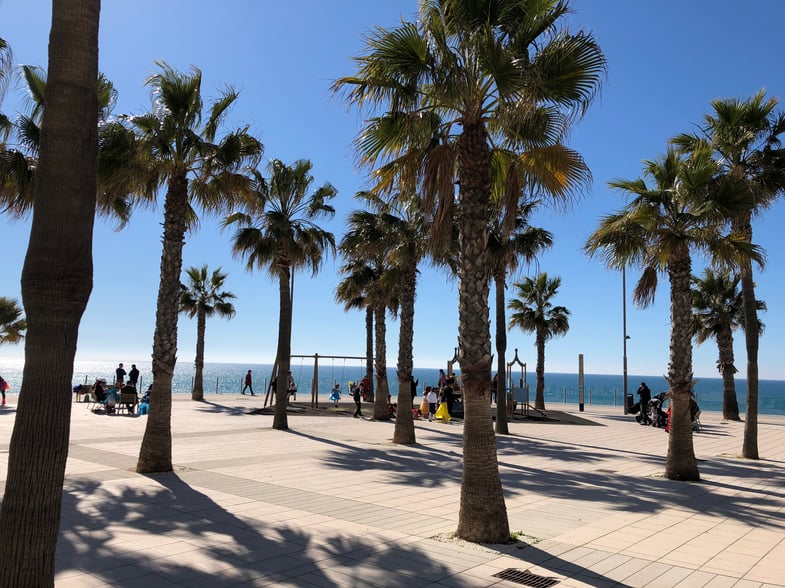 We hop into the car. Ryan and Laura take us to Cádiz. The flare from the sun leaves a white sky visible from the car. Eventually, we arrive at the giant white bridge to Cádiz. The buildings of the city are whitewashed. It looks beautiful from the bridge. The sun shines brightly as we walk through the city streets, looking for lunch. The city is pandemonium. It is Carnaval and everyone from all over has come to take part. The white sand of the beach glistens under the sun. 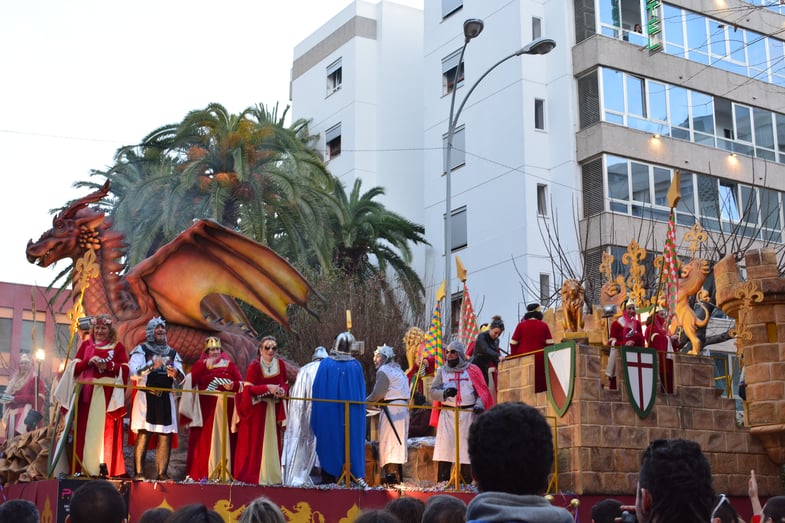 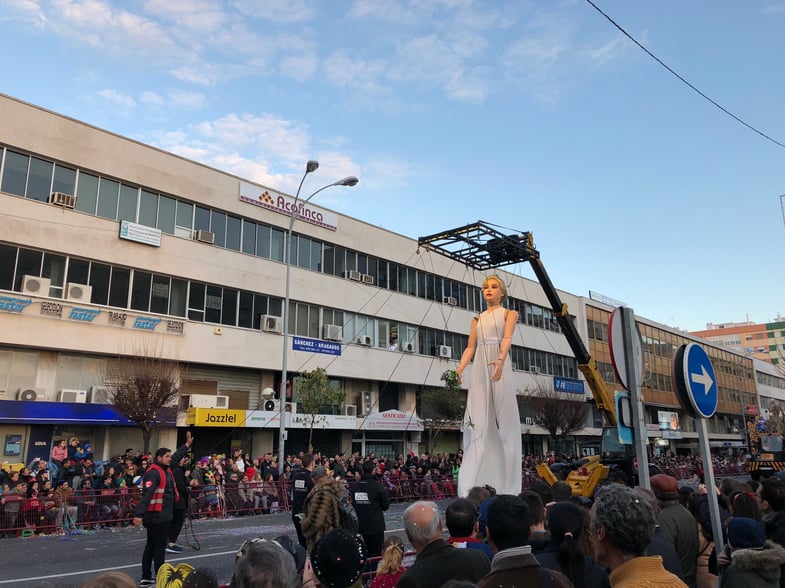 White Segovia
just what I was escaping
record breaking snow

If heaven is real
please look like the Alcázar
gardens, fountains, and beauty 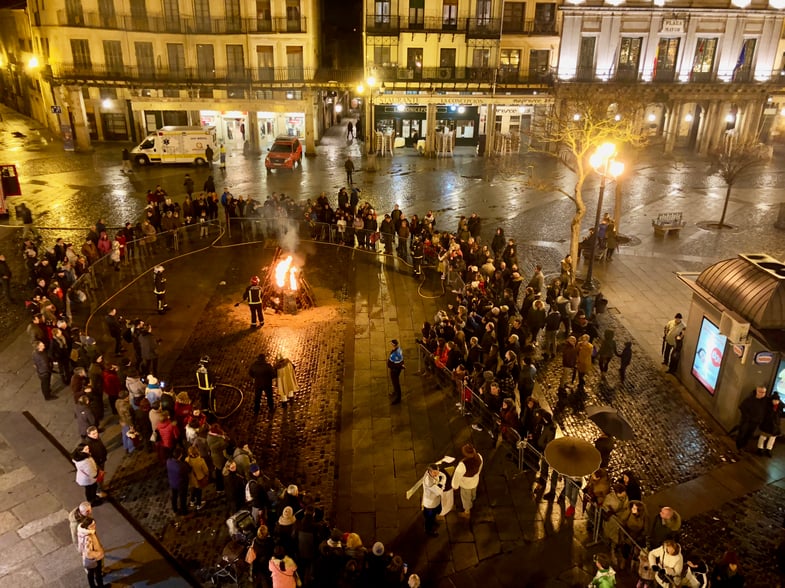 The burning of a symbolic sardine in Segovia on Ash Wednesday. 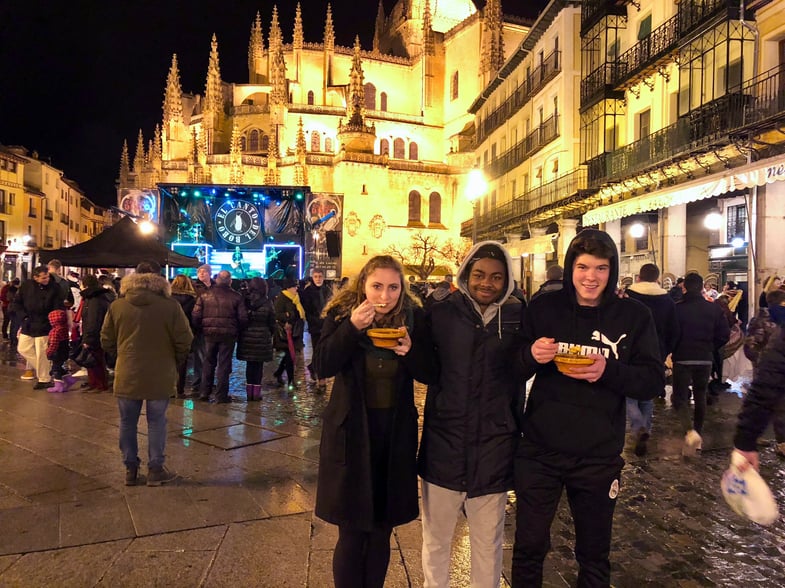 Enjoying potaje carnavalero (a soup with cod and chickpeas) on martes de Carnaval in Segovia!