The Journey: A Tribute to Walter Wright '49

With a heavy heart, I share the sad news of the passing of Walter Wright '49. Throughout his lifetime, he remained committed to the growth and sustainability of Proctor. As a Proctor student, Walter was a school leader his senior year, played football, was on the student council and the improvement squad. He was also the recipient of the Shop Award and the Savage Leadership Award. Through my few conversations with Walter since I was appointed Head of School, he expressed a deep commitment to a culture of environmental sustainability that is now woven into the fabric of our community and perpetuated through the naming of the Walter Wright '49 Biomass Plant dedicated in his honor in 2009. After his time as a Proctor student, Walter worked at South River Sand Company, the family's silica sand mining business in East Brunswick, New Jersey, where he was involved in the production and operation of the company, as well as building and developing equipment. He retired in 1989 after 30 years there. In the 1990s, then Head of School David Fowler recognized Walter's unique insights and leadership capabilities and welcomed Walter as a Proctor Trustee. Over the years, Walter's leadership helped steward Proctor to its current position of strength. He was a member of the Alumni Association Board, served on the Energy Committee, the Ski Hill sub-Committee, the Land Utilization sub-Committee, and the Governance Committee. So remarkable was Walter that he became the only Honorary Trustee not a past Chair of the Trustees. Walter's love and passion for Proctor permeated into the greater Proctor community and served as inspiration for fellow trustees. 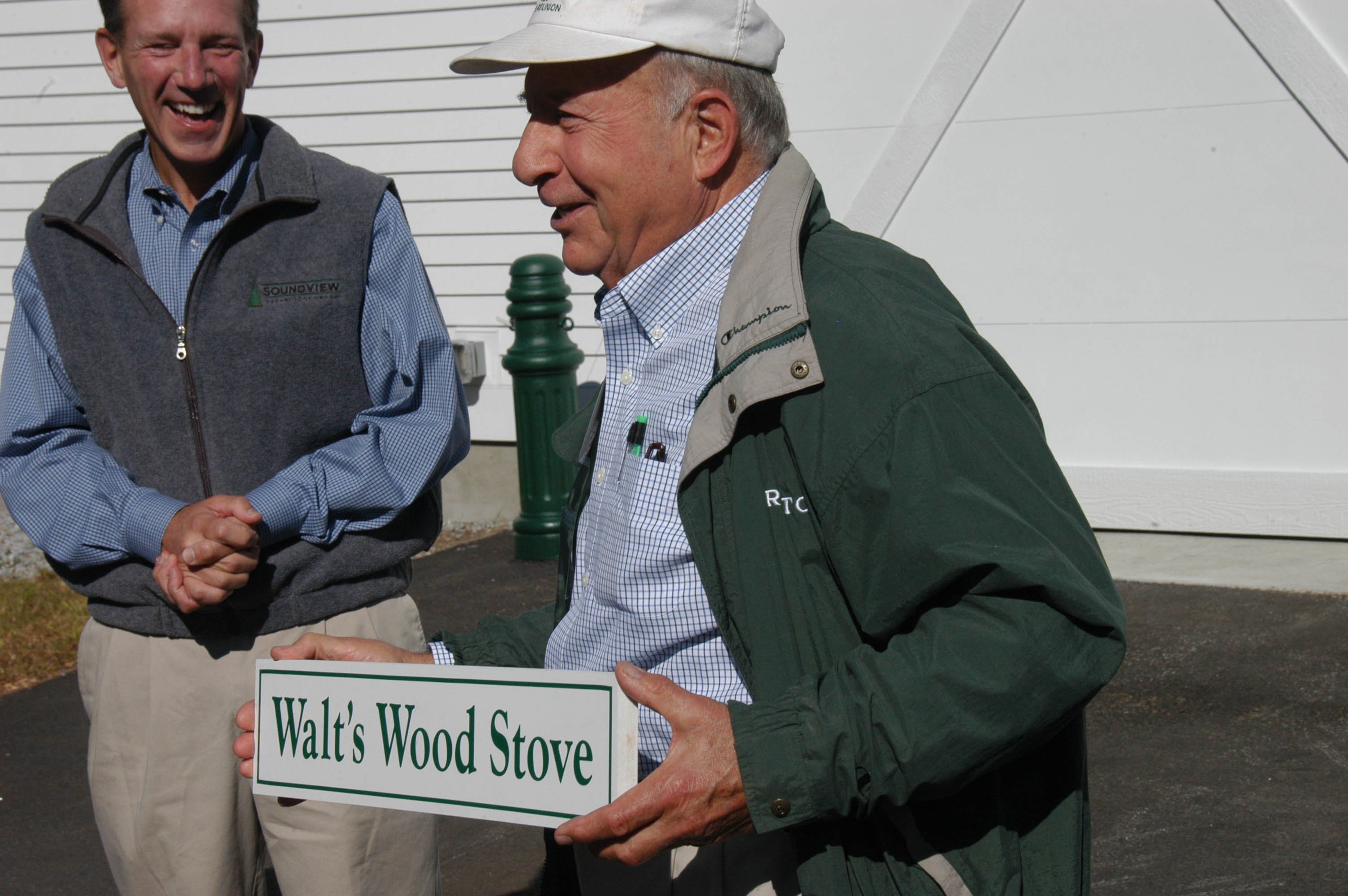 In one of my conversations with Walt, he shared a story from his senior year at Proctor. He decided to build a cabin somewhere on the edge of the Proctor Woodlands. He gathered the materials, framed the structure, cut the wood, and created a cabin that could sustain him through the harsh Andover, New Hampshire winter. Walt was proud of himself and what he accomplished. One day in the early fall, Head of School Halsey Gulick came up to Walt and said, "I know what you did up there in the woods." Walt was a bit taken aback because he hadn't told too many people, especially the Head, about his woodland enterprise. Halsey went on, "You need to make it right with the man whose property you are on." So Walt did. He went up to the man whose land Walt had encroached upon and told him he had built on his property. After a few beats, the Andover property owner said to Walt, "I've seen your handy work." After sizing Walt up, the man went on to say, "You can stay, but when you move out, I don't want you to dismantle that cabin. I want to keep it for my son who will be moving back home." Walt told that story to me as a kind of apocryphal re-telling of what resilient and resourceful Proctor students do. They have vision AND take action, and when they run into obstacles, they have the hard conversations to overcome them. Walt came to Andover not thinking highly of himself, but graduated with a very good sense of himself and what it meant to be a member of a community where self-reliance and purpose are the norms. He then modeled that notion of what it means to be a part of a community for all those around him.

We will all miss Walt deeply, but for those of us who had the pleasure of working alongside him and getting to know how passionate he was for Proctor and its students, we have the opportunity to perpetuate his memory and his devotion to our beloved school for the generations to come just as he did by being a member of the James Dunbar '49 Legacy Society. Read his full obituary HERE. May he rest in peace.