The Journey: In Memory

On September 11,  2001, I was just returning to school after burying our dad. My flight was supposed to leave on 9/11, but I decided to return home to Oregon a day earlier because there was nothing left to do.

Much of the 10th was a blur. I remember sitting in a middle seat because that’s what happens sometimes when you change plans on short notice on a bereavement flight purchased on even shorter notice. O’Hare can be pretty big and impersonal. I must admit I did not get home to Chicago much before that time. Having our dad taken so early from leukemia made the entire week a rapid fire test of emotions and saying goodbye. I knew very few of the cousins that dad was close to because I had been away from the Chicago area for so, so long. In the airport, I was resigned, feeling like whatever I did, didn’t matter that much.

I missed our opening day of school on the 10th. Our son Eian was beginning Kindergarten and our daughter Olivia was beginning Preschool, too. For the first time, the three of us were all at one school on the west slope of Portland. I remember being bummed having to miss the start of our first time in school together, but what could I do?

On the morning of the 11th, I remember landing in my office, which was in an old farmhouse converted to classrooms and office spaces. It was a big and rambling - a bit ramshackled - former daylight ranch home. As I walked in, people nodded and offered their condolences. I probably looked a bit like a zombie. I nodded back without much affect, which wasn’t like me, really. The look on my face probably didn’t look like me either. People would make allowances, wouldn’t they?

Firing up my computer with that annoying “baaaaooonnnghhhh,” I waited for all of the windows to finally open and for our world to suddenly change. It changed in an instant and not for the better. At the top of one of the news feeds, there it was: Plane hits World Trade Center. Then two planes. Both hitting the Twin Towers.

We each remember that moment when we heard this news and our nation, our world, was thrown into an off kilter dive that seems to continue to this day. At that moment, I remembered a fragment of a Paul Simon song: “He looks around, around / He sees angels in the architecture / Spinning in infinity / He says, "Amen and Hallelujah!"

September 11, 2001 was a game-changer for our world and for education. Spinning into infinity. We were suddenly patriotic. Flags waving on the back of pickup trucks. Pledge of Allegiance being recited in schools that long had abandoned it.

If you read these last three lines separate from the rest of this essay, that day of mourning could still be this day. Today.

We are tired. Weary. Anxious.

After a year of pandemic school, twenty years of divisive politics, and a great deal of grief (personal, national, and global), let us resolve to be different; to be better; to educate, celebrate, and infuse a sense of the whole from the many - e pluribus unum.

So many people sacrificed their lives running into danger that day. For them, we are forever grateful. My father died in the shadow of 9/11; I think of him always. And, so many people lost their lives that day. My grief was huge, but it felt like just a small ripple in the tsunami of grief that we collectively entered into, and that many of us still feel, that day.

Like the girls and boys who lost parents and loved ones that day in New York, Pennsylvania, and DC, we learned that what we can do is educate ourselves against our lesser natures. We have our individual stories to tell and we should tell them, but WE build the narratives of our lives. We take the pictures that fit the frames. We must continue to stand against the very thing that hurt (us) that day, while committing to exorcise what tears us apart. My own grief helped me to somehow understand our national grief. It still does. 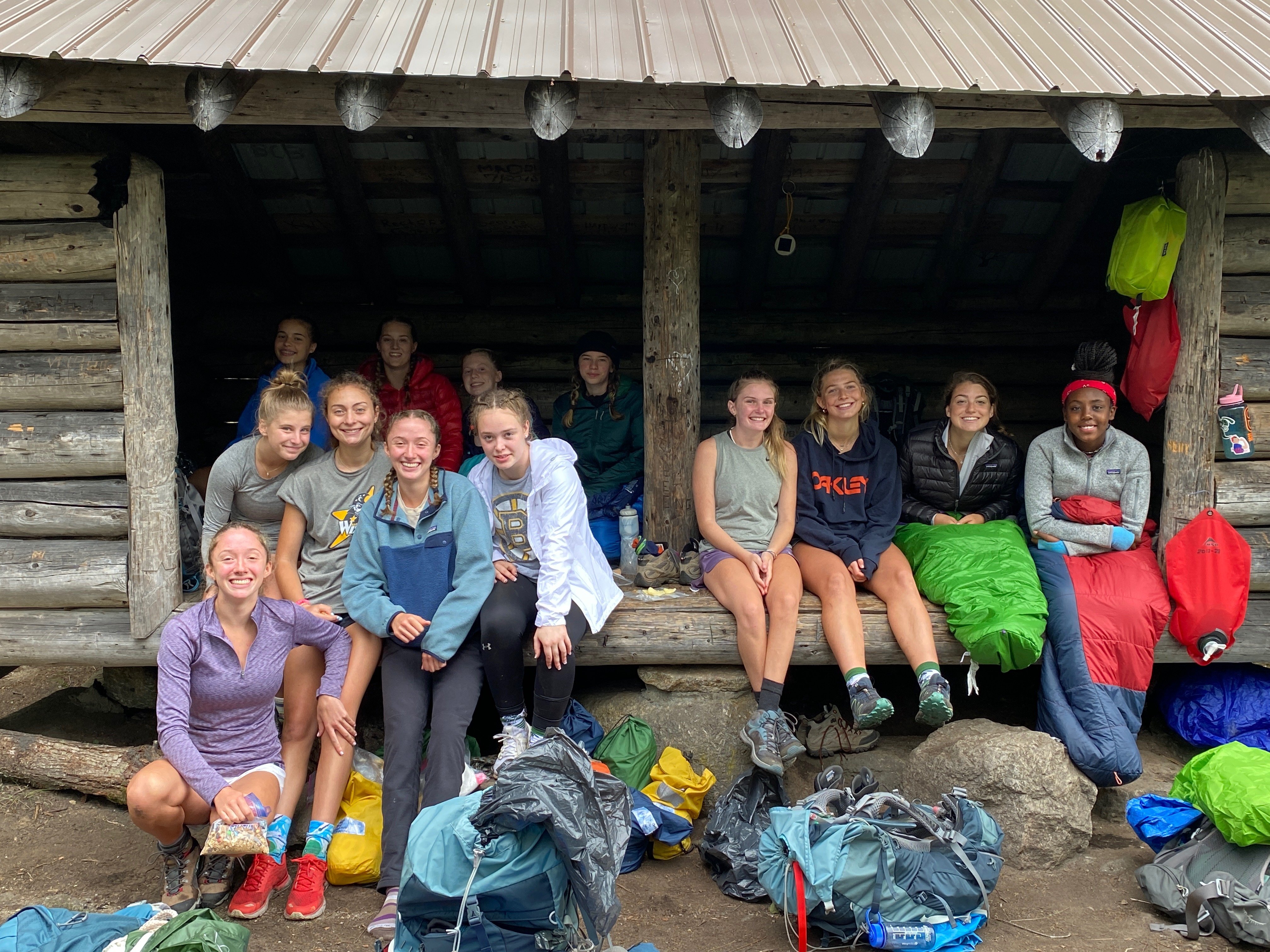 In a school - in our school - in Andover, New Hampshire, we learn, we listen deeply, we take good care - of each other and ourselves - with a fervent passion because we understand, value, and connect the individual to community with compassion, integrity, and growth--and maybe even a little grace.

Although it is about the ravages of long ago wars, John Gorka’s “Let Them In” seems fitting as a tribute for all those who perished on that day and in the aftermath of 9/11: Listen: HERE.