The Journey: Just Close Your Eyes and Look

Pulling into Raymond, Maine, I passed by the Murch Cemetery. I filed the name in the back of my mind because of its homonym, thinking to myself, “I wonder what the Merch - hats and t-shirts -  from Murch looks like?”

Almost right away on the way in, “Nathaniel Hawthorne’s Boyhood Home, 1813 - 1825” loomed foreboding and ominous, like the great man himself, on the corner less than 20 yards from the Murch Cemetery. All of these signs greeted me riding in last Monday morning to meet the Ocean Classroom students. It all seemed familiar and anticipatory at the same time. 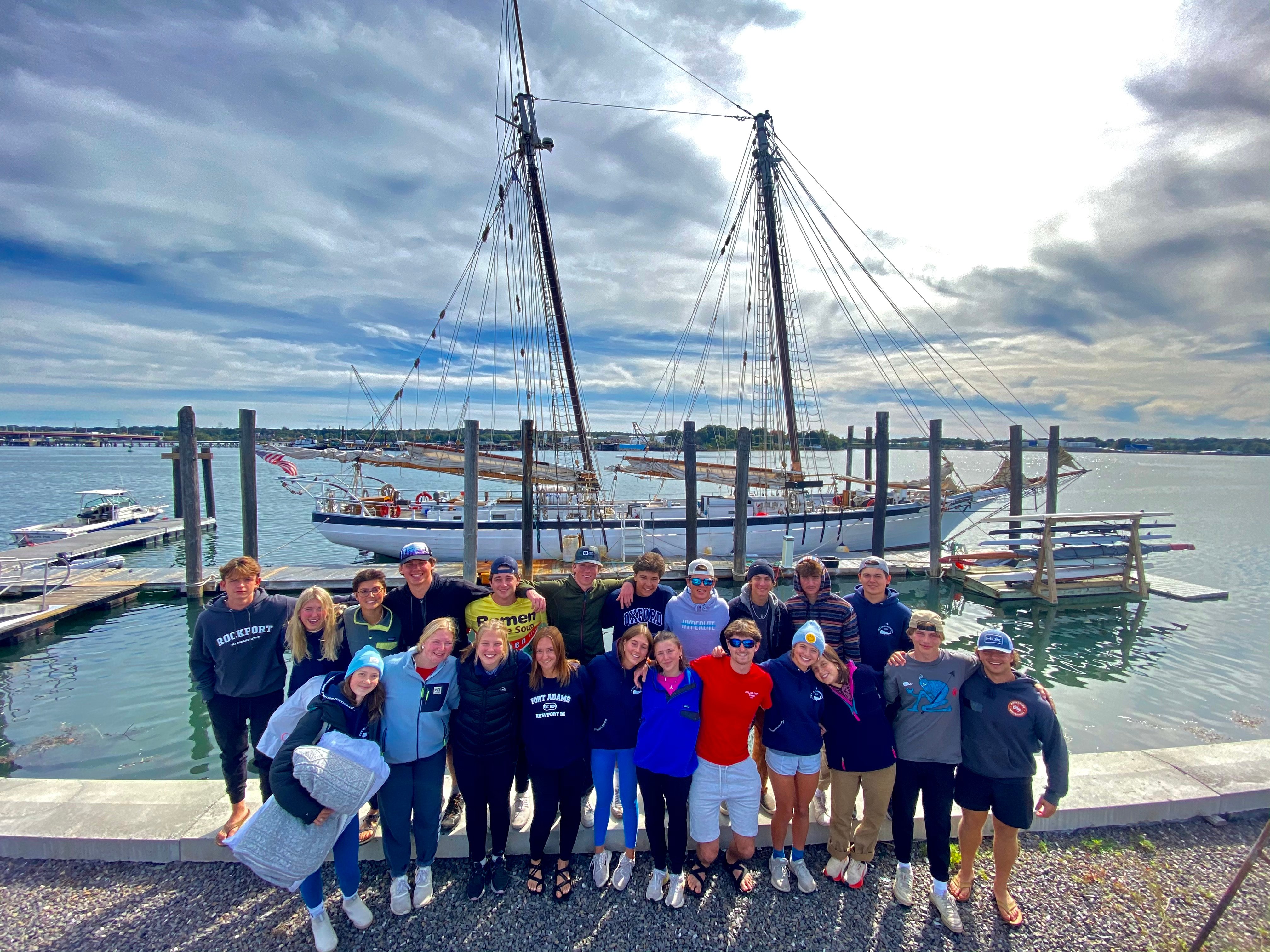 As many of you know by now, our Ocean kids have been waiting over the last eighteen days to get on their main ship, the Harvey Gamage, to sail down the Eastern Seaboard. Since 1994, Ocean Classroom has made similar journeys, encountering challenges and stoppages along the way. This voyage has been no different. The Harvey Gamage went into a major overhaul at the conclusion of their final voyage this past May (2022). Like many of the wooden schooners and tall ships from the past, the Gamage was dry docked and put on blocks to make it an even safer and more seaworthy vessel, which we know it will continue to be now and in the future. 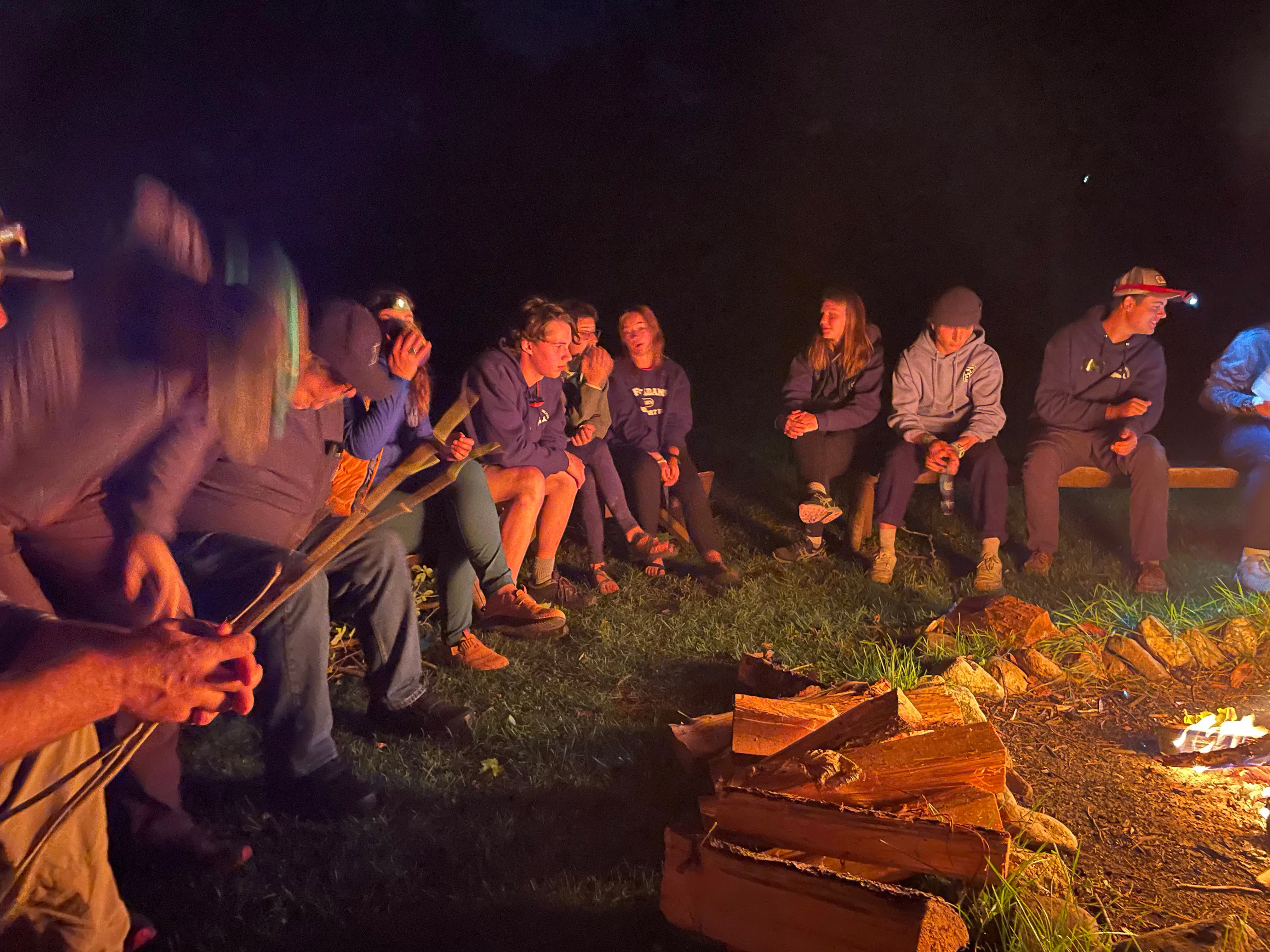 Yet, as it came time for this year’s Fall Ocean Voyage to occur, the ship needed a bit more time out of the water for regular maintenance and repairs, which just concluded yesterday, passing a much anticipated US Coast Guard inspection with flying colors. As you might expect, you can’t just run down to the local ship version of O’Reilly Auto Parts to find a new Leaks drivetrain for a 50 year old wooden boat. With supply chain issues and a machinist standing by to repair and hone new parts into the ships drive mechanism, we all were on tenterhooks these past few weeks with limited other tall-ship options given the unique nature of our term-long Ocean Classroom program. 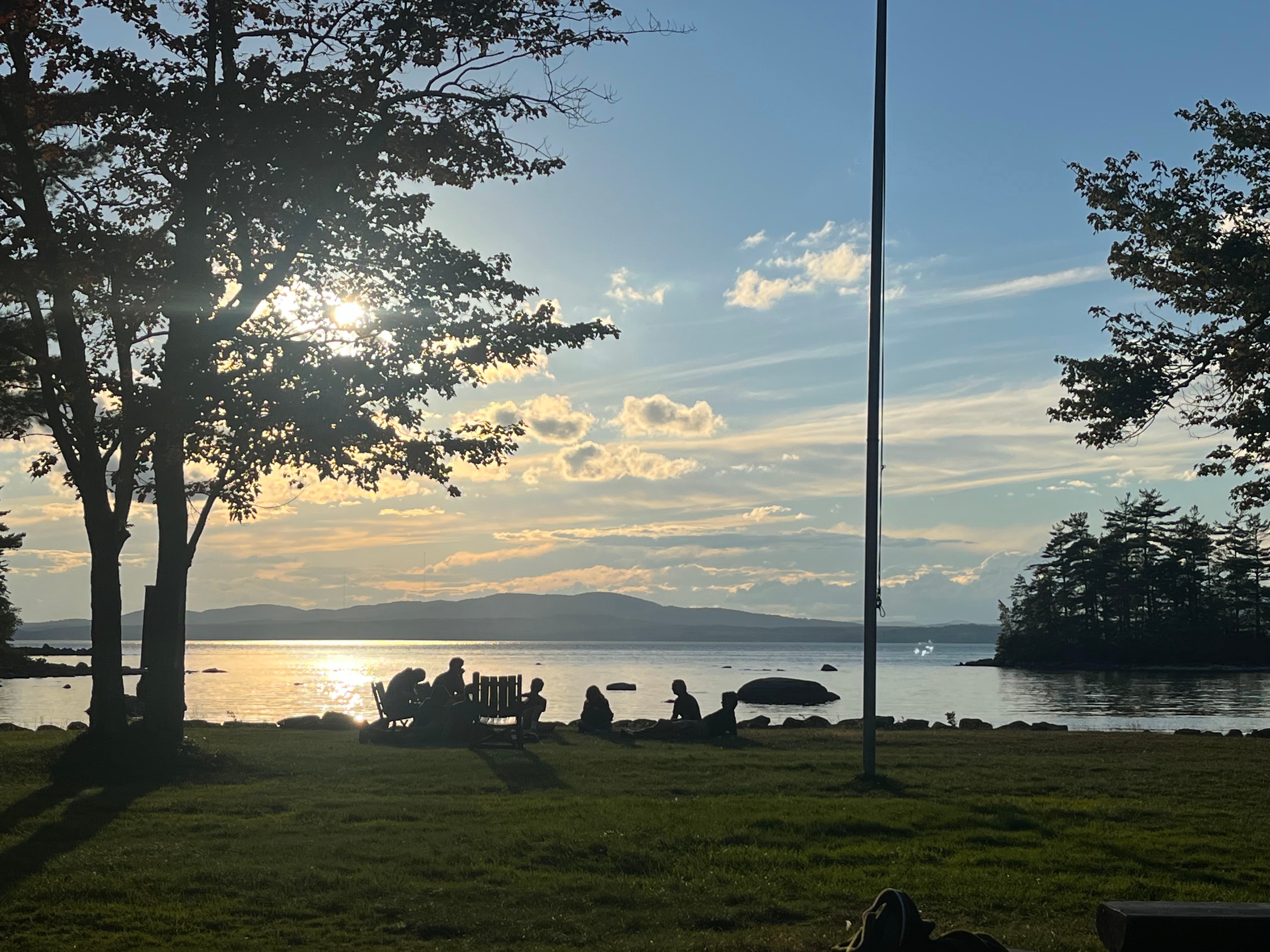 This post is more about “fair winds and following seas” on dry land rather than the complications of this particular voyage. As I approached the Maine Camp where our students bunked down until repairs happened, I noticed the “Gulick” name appearing on street signs. Could that be one of my Head of School predecessors' families? 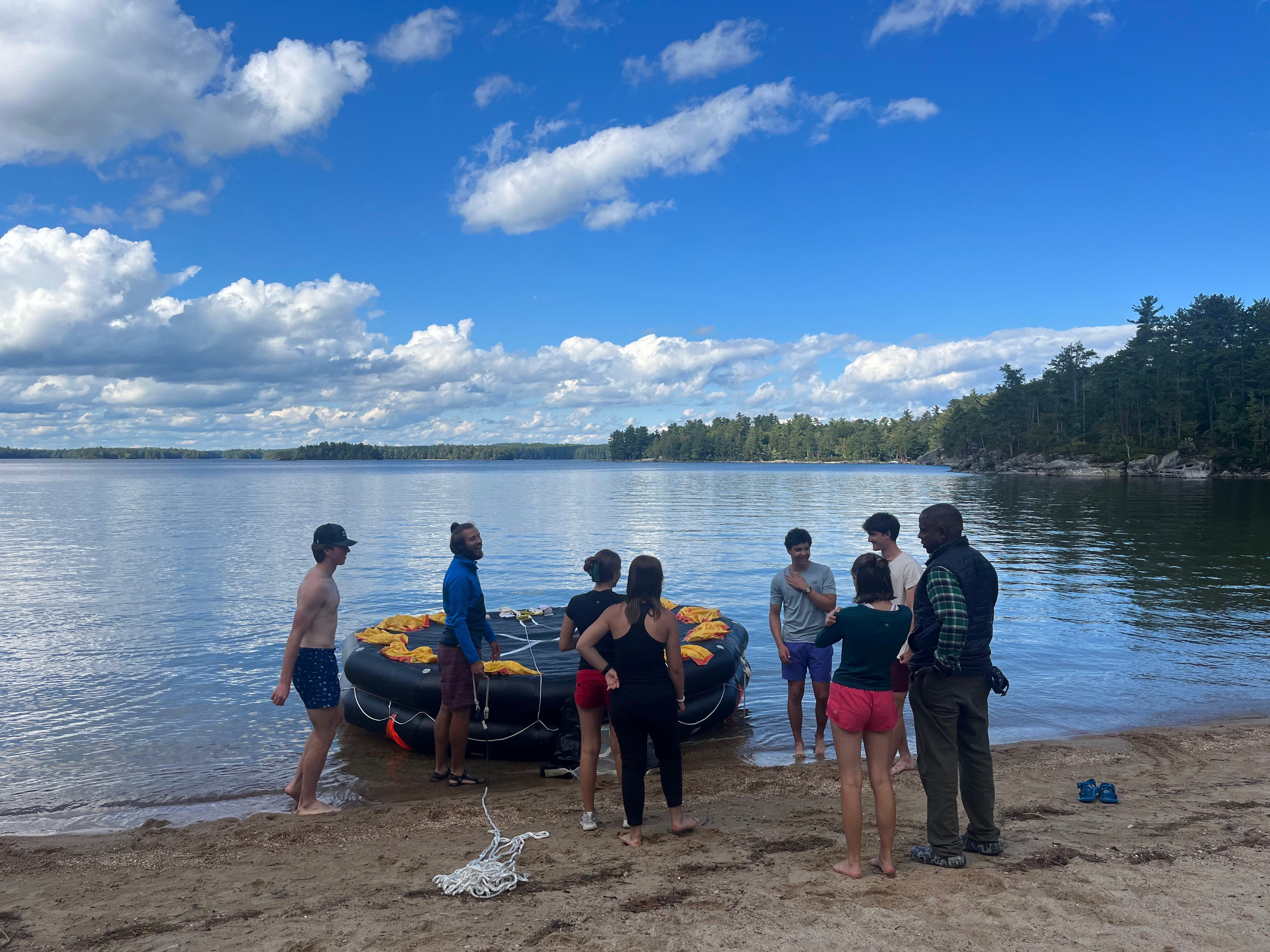 As many of you know, John Halsey Gulick, or Halsey as he was known, was Head of School at Proctor from 1935 - 1952. He brought Proctor back from the brink of collapse during the height of the Great Depression. Proctor became an all boys boarding school in 1932, which I am sure did not exactly help in taking away half of the market for smart, talented youth. Halsey knew a thing or two about effortful and purposeful work because his family started, ran, and still runs Camp Wohelo. 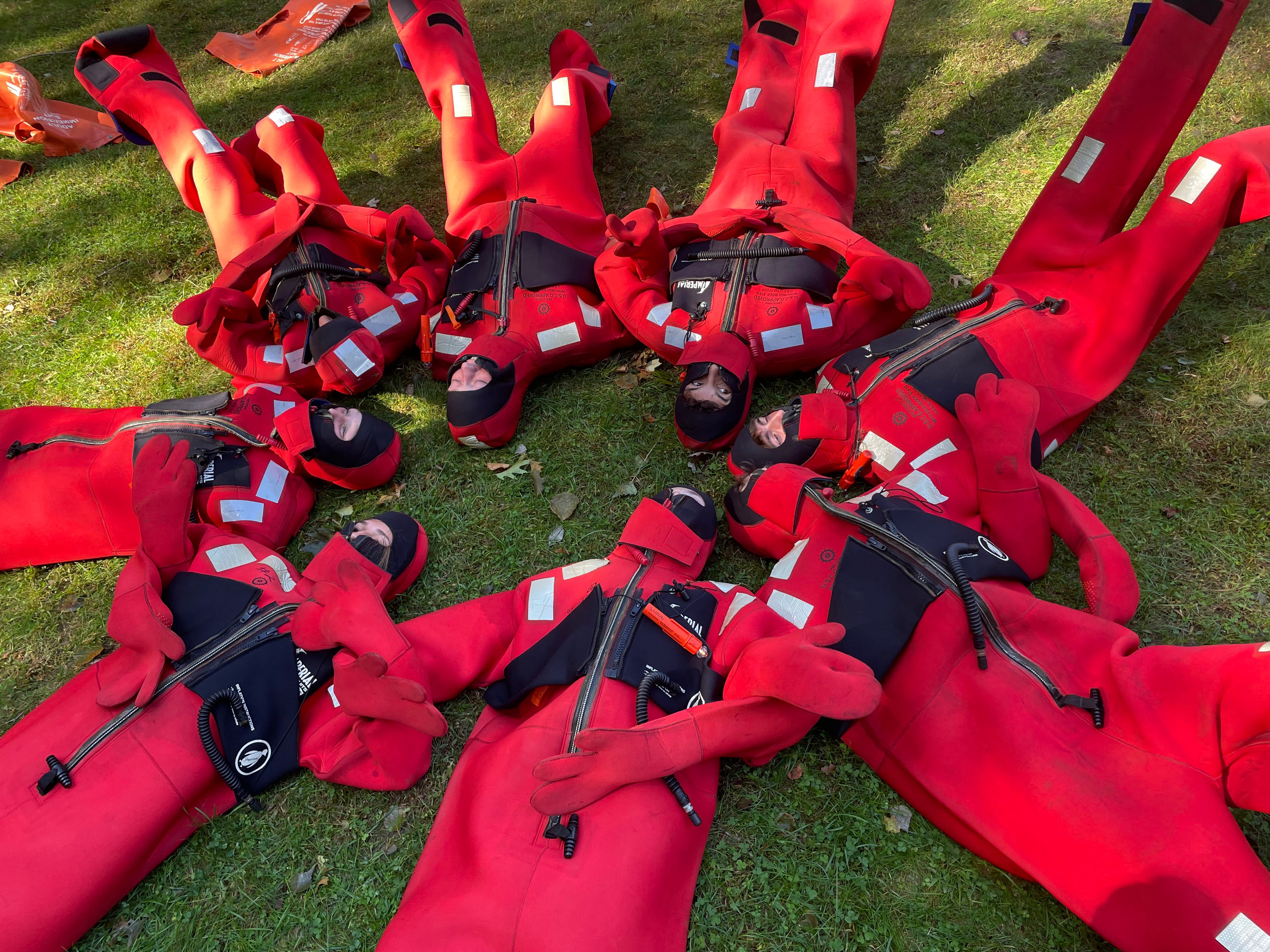 Camp Wohelo on Lake Sebago in Maine was started by his father Luther Halsey Gulick – founder of the Campfire Girls and inspiration of his protege James Naismith to start an indoor game that took off – when Halsey was just 8 years old. The camp and his family must have made a huge impression on a young Halsey when it was his time to take on the running of the camp as a young man. Halsey’s camp, now run by the 4th Generation of Gulicks, his grandson and grandaughter Mark and Heidi Van Winkle. More on Halsey and his family’s remarkable life in my next post. 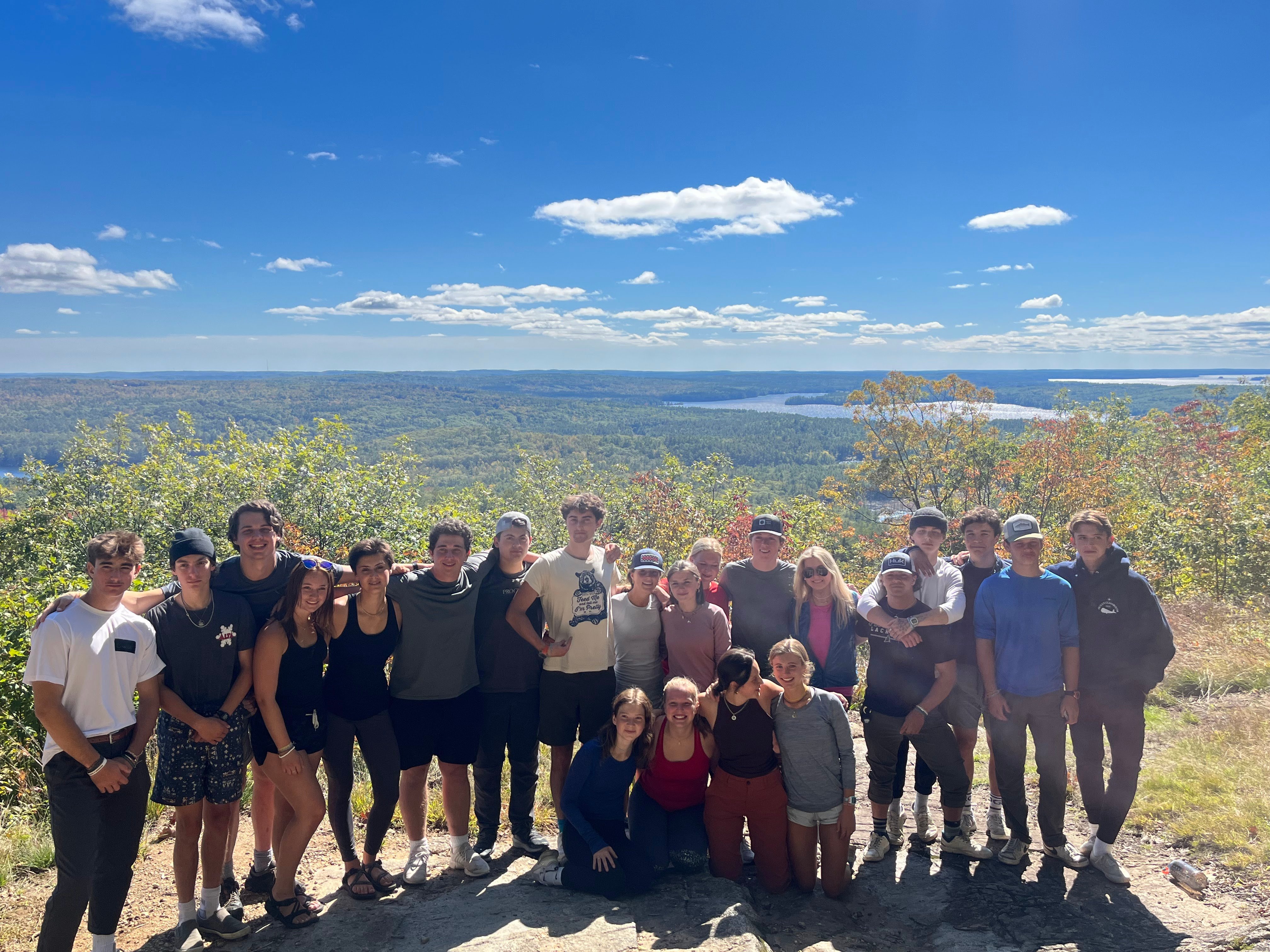 This past week, our Ocean students trained, worked out, bonded with their regular crew, swam and sailed on Lake Sebago, took a hike with Moot and Craig, took navigation and map reading classes, wrote letters to their classmates, gave back rubs and tons of hugs, received letters from their classmates, sang rounds and rounds of sea shanties, told stories and roasted marshmallows over multiple campfires, played poker and restored themselves for the voyage ahead. The toughest part so far has been the waiting. It feels to them like they will never get on the boat. 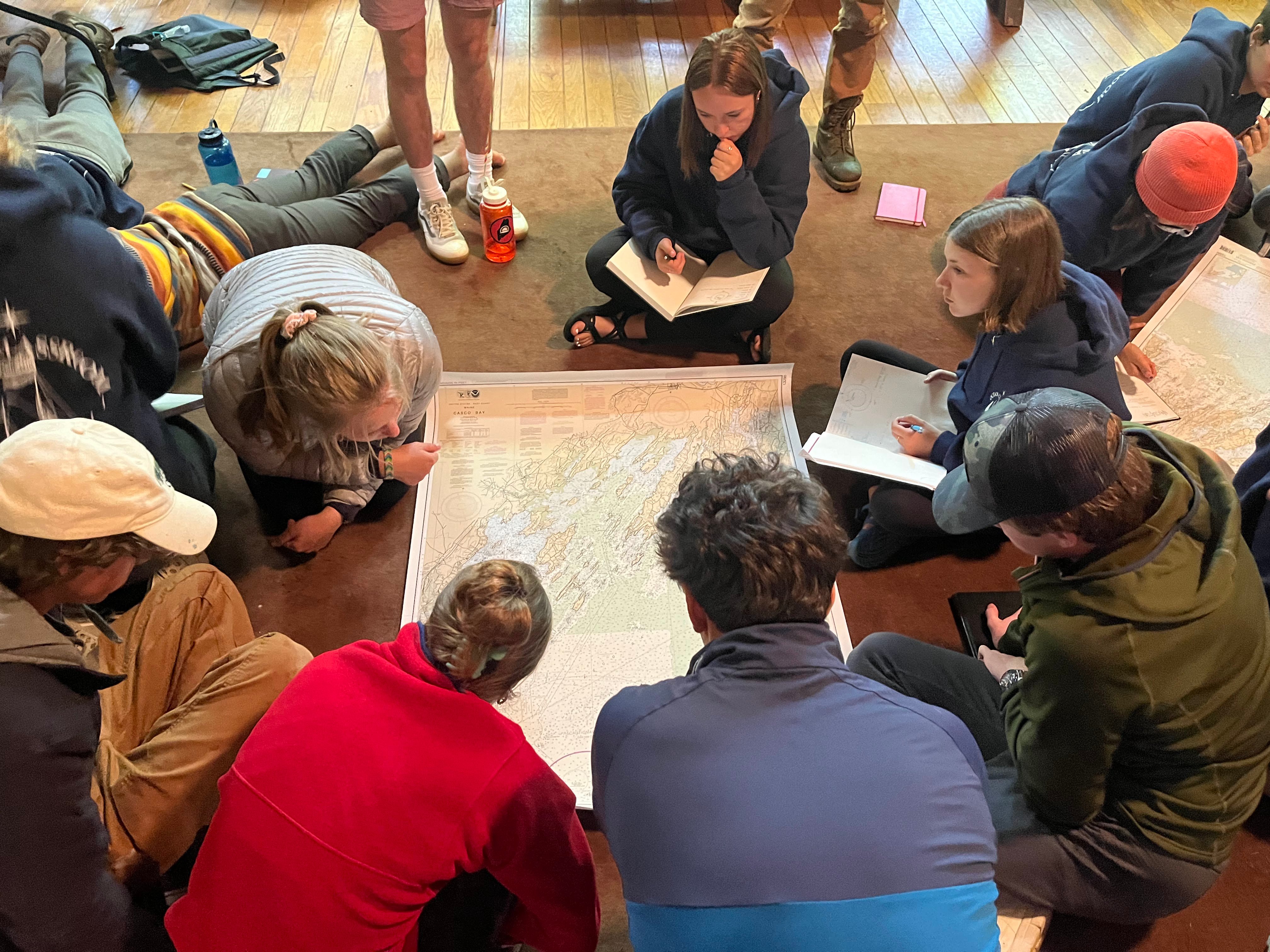 After so much waiting, now they are ready to board. By the time this blog goes to print, they will be on the high seas. According to Captain Pamela Coughlin, the plan has always been to explore the islands off the Coast of Maine, avoiding the wicked weather that usually makes it up the Atlantic Coast during this time. In fact, our intrepid mariners won’t get south of Cape Hatteras until November 1st, the end of hurricane season. 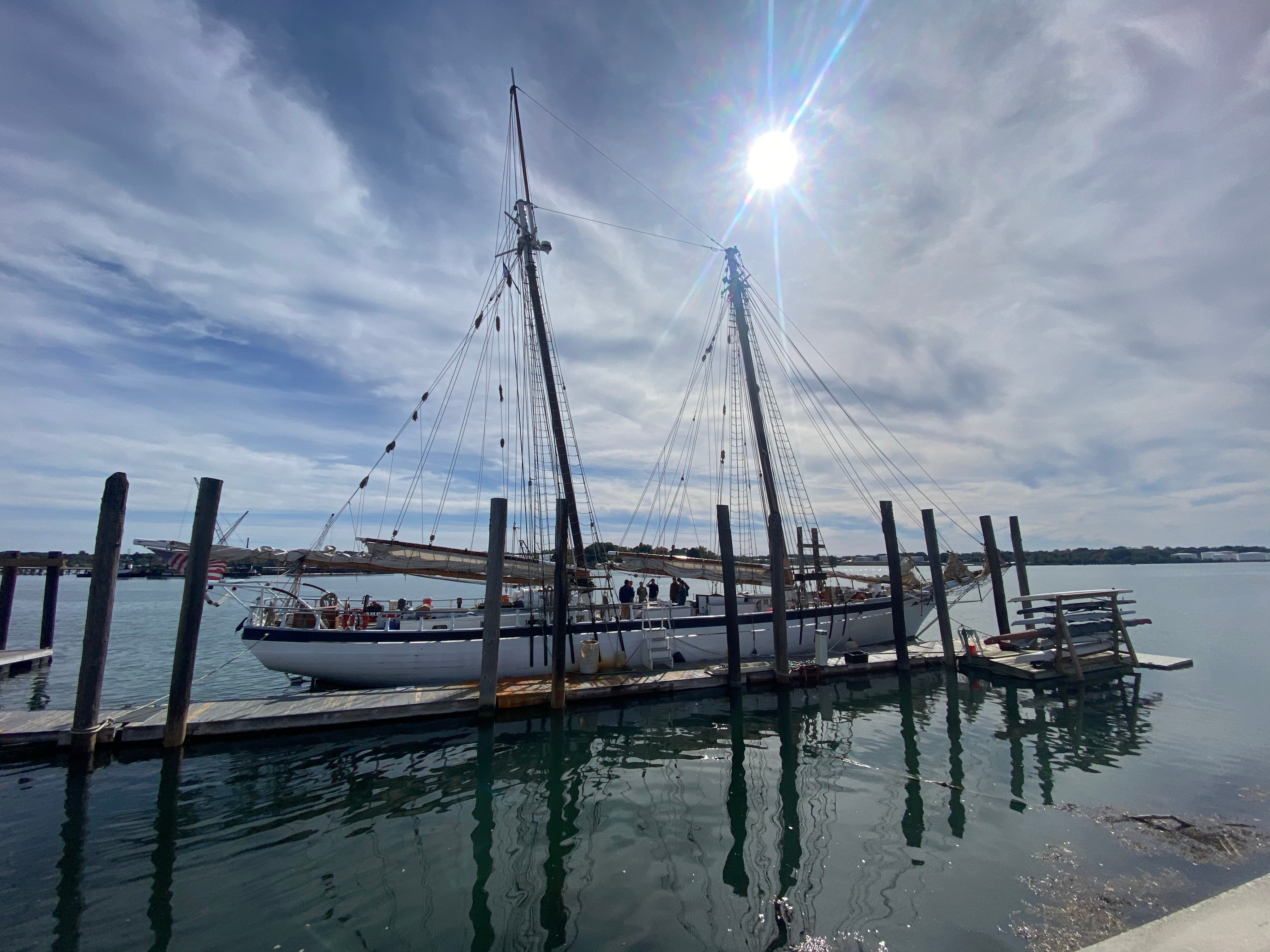 In all of this, I cannot help but think about how Halsey Gulick came to our rescue once again, putting a way station in our path to gain strength for the rest of our journey. After driving back to Camp Wohelo (WOrk, HEalth, LOve) yesterday, I had a hunch. During my research back home in Andover, I discovered that Halsey also worked at and led the camp during his time at and after his stint at Proctor. I stopped by the Murch Cemetery, and after a bit of scouting about, I found him; there he was laying beneath the only New Hampshire granite headstone in the entire cemetery and next to his beloved wife Dorothy. Of course, I gave my gratitude to them both for keeping us going again.

As always, the signs are always all around us. All you have to do is close your eyes and look.

Take a gander of our Ocean Classroom students singing a sea shanty: “Leave Her, Johnny, Leave Her" HERE.