The Journey: On Becoming

Last week’s Holderness Weekend had all of us reflecting on the trimester that has now come to a close. Last week, not only did our students compete at the highest levels on and off the field of play, but they were nice people who had fun being with each other. In fact, I don’t ever remember working at a school in my long history of being in schools and visiting other schools where the students cared so deeply about supporting each other and honoring the games and activities in which they participated.

Last weekend at the Art Show and music concert, students came out in droves to see what the makers and creators were up to during the trimester. In the Wilkins Meeting House, I would often overhear, “Did you know that (insert the name of any student artist here) was such a talented artist, too?” Where does she find the time between all of the other things that she does. “Pleasantly surprised” was the operating theme of the show because so many of our visual and industrial artists students have a magnificent outlet for expressing talents hidden from most of the rest of their peers with the exception of their teachers and immediate classmates in the art courses they take. Indeed, being a visual and industrial maker at Proctor means more than just working with one’s hands or even seeking an audience. Being an artist in these fields is about seeing and being. The mind's eye of these students captures what often turns out to be something new and surprising–to themselves as well as to others. 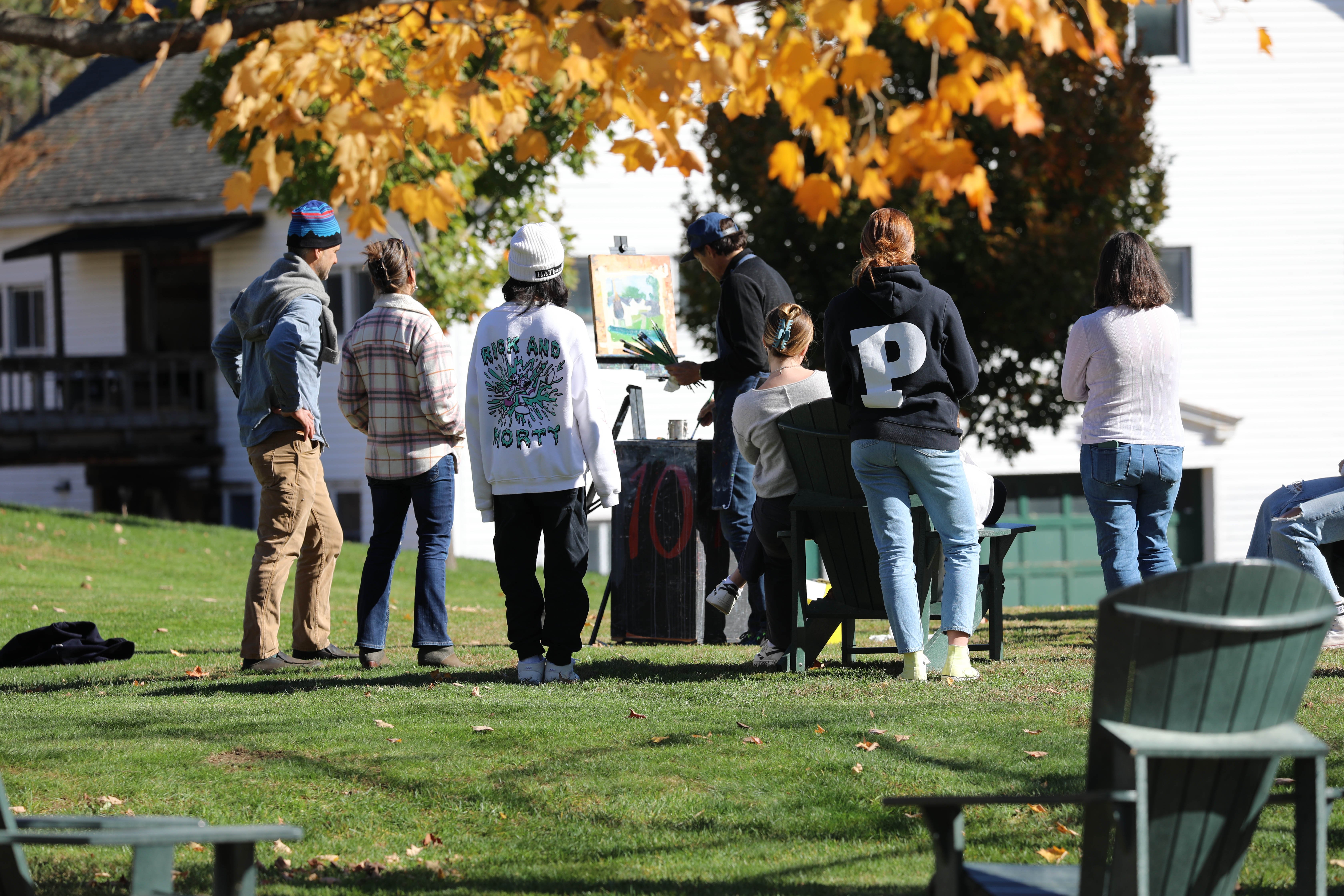 An example of where our students’ ethos have been reinforced happened one warm fall day a few weeks ago when noted landscape artist and Proctor parent, Yaz Krehbiel P ’23 ’25, gave a master class to students in Corby Leith's A Block Studio Art Class. As he painted a landscape of Proctor’s Industrial Arts Building, the Biomass Plant, and Wilkins Meeting House–the eastside of the campus–Yaz explained what many of his teachers taught him as he was “becoming" an artist. “It’s okay to erase. It’s okay to start again. I keep this one brush tucked away on this side of my hand as a way to ensure I am seeing as accurately as I can.” In essence, our students were told time and time again that seeing means starting over to get things the way you want them–in your mind's eye. 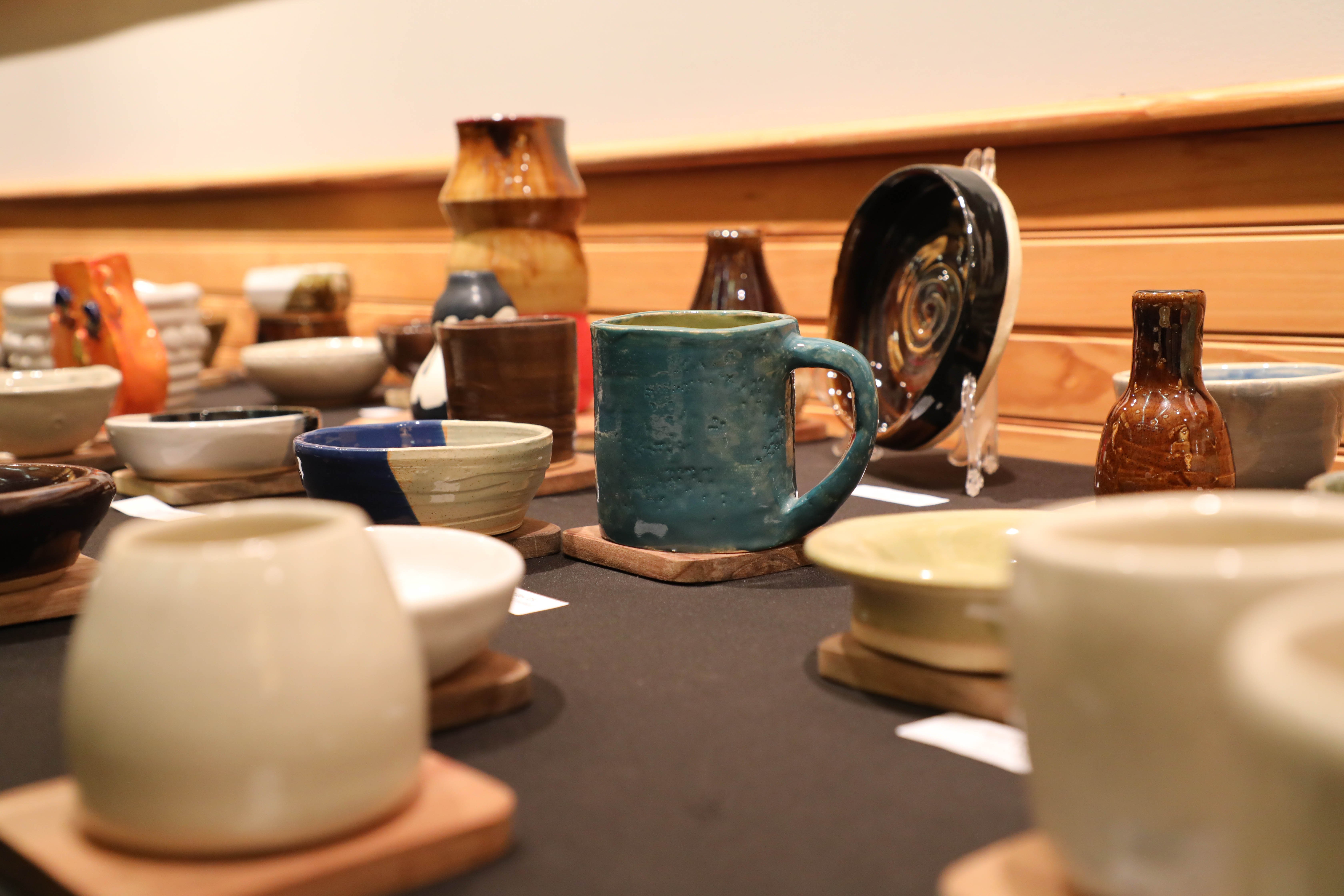 As visual artists, these principles are reinforced over and over again throughout a student's time in a particular class, discipline, or even on the field of play. Everything we do, as well as who we are as people are just works in process. In the Wilkins Meeting House, we saw time and time again, created pieces–landscapes, abstracts, fired pottery, salt grinders, and sculpted metal as representations of the ways in which our students could express the concept of “becoming” in all of its shapes, forms, contours, and hues. Our students' art become direct examples of their own time at Proctor even as they make their way each and every term. We love what they create in themselves and the work they fashion from scratch.

While just down the hill in the Wise Center, we adults and students assembled after the art show to listen to the school’s musicians. The place was electric with live movie music and tunes from the ‘70s and ‘80s performed by our student musicians. The Jazz/Rock ensemble and the Band/Recording activity played little known tunes as well as fan favorites to a packed house in the Wise. Some of our performers had never played at all in front of their peers and teachers, so the special meter was ratcheted up pretty high. 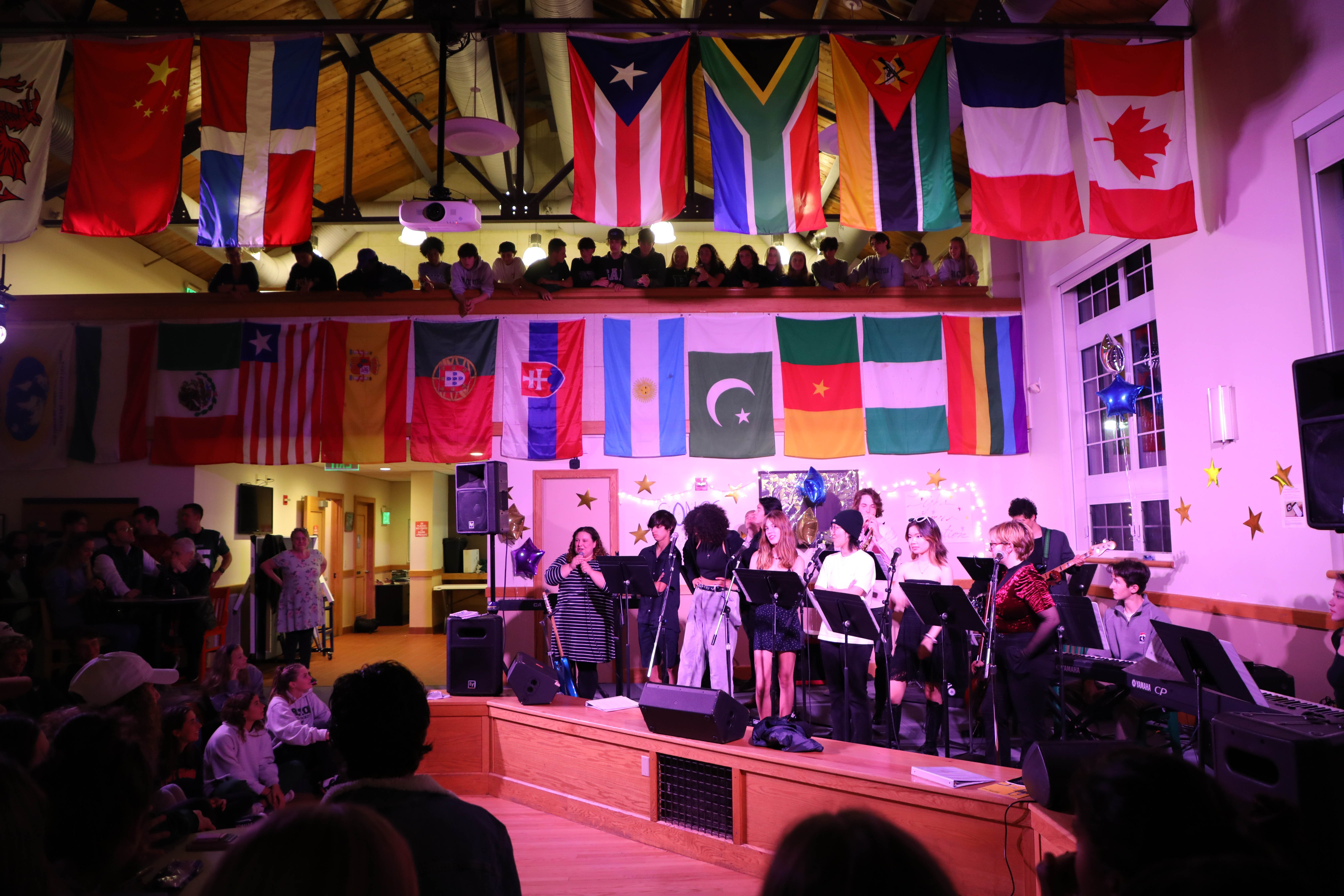 Playing in a band at your high school can be a fairly daunting task for most people. However, one of the most intriguing things about Proctor is that the teachers play right alongside their students, putting newer performers at ease and challenging more experienced players to work at increasingly higher levels of nuance and musicianship. Of course, the most remarkable thing about the Proctor Community, as mentioned before, is that we adore cheering each other on. We revel in the positive aspects of playing in front of the home crowd. Students, for the most part, do a credible job blocking out the noise that comes with mistakes in public. It’s not that they aren’t aware of a wrong note or chord, but they know that they can start again, as the jazz-rock band did on one song, and people understand acutely that the song is just a work in progress.

Last but not least, that brings me back to Holderness Weekend. Some of our student athletes participated the night before in the art show in the Meeting House and the concert in the Wise. Even before the Granite Trophy was secured for another year, our students realized that they are also forming and becoming the people they will ultimately be, even as they give their best in whatever sport or activity they participated in. The witnessing we do as a community, even on the parent newsletters, social media posts, and conversations in the days and weeks after a performance or trimester has ended makes us reflect on the true nature of school and schooling. It’s to witness the kind of people “becoming” the kind of humans that ultimately our future selves will respect. That means not being afraid to make mistakes, creating work that we can be proud of in the end, and always, always upfronting a kindness that draws people into our beloved community–and beyond.

This is probably not the first time and it won’t be the last time that I bring famous Pacific Northwest writer William Stafford to your attention. He summarizes beautifully what our students are becoming every day in his poem “Being a Person.” Read it HERE.