The Journey: The Power of the Word

As we prepare to close out on the 2021-2022 school year, one thing stands out to me as I think about what makes Proctor uniquely Proctor. Of course, as mentioned in other pieces written across the Proctor Universe, the magic of connection and relationships drive everything that we do. Certainly, more so than any school where I have been or even schools that I have known from a distance. Affective connections and compassion matter. 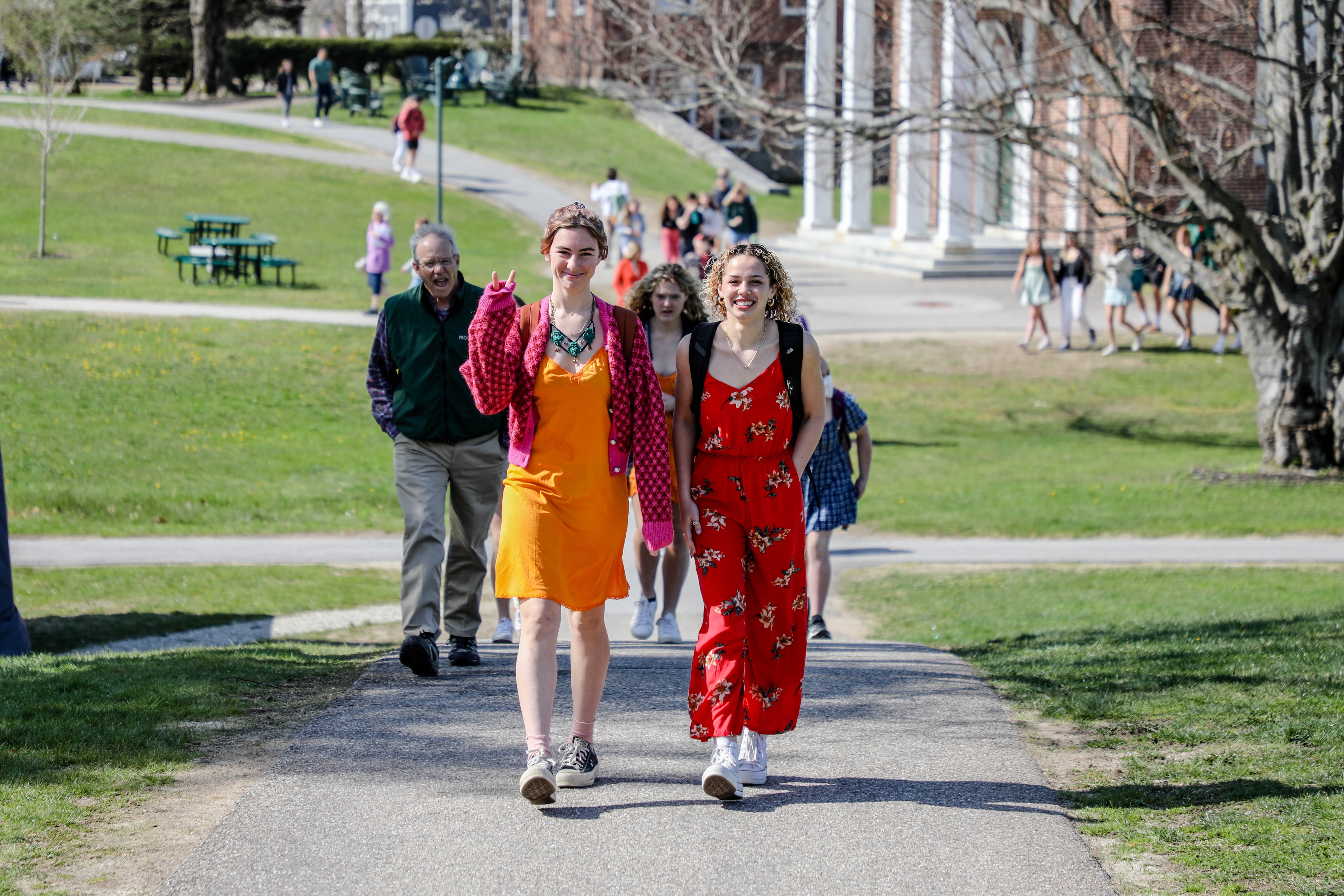 However, something that does not often get talked about or discussed, is how language shapes and drives these connections and relationships. Often, our ability to connect with each other happens in the Wilkins Meeting House where anyone can get up to tell us something that animates them. Assembly, in essence, becomes our secular chapel. A time where we are moved and inspired. It’s not just a few times over the course of the year that we feel this inspiration, but we are so often transfixed and transformed that we can take these moments for granted if we are not careful. 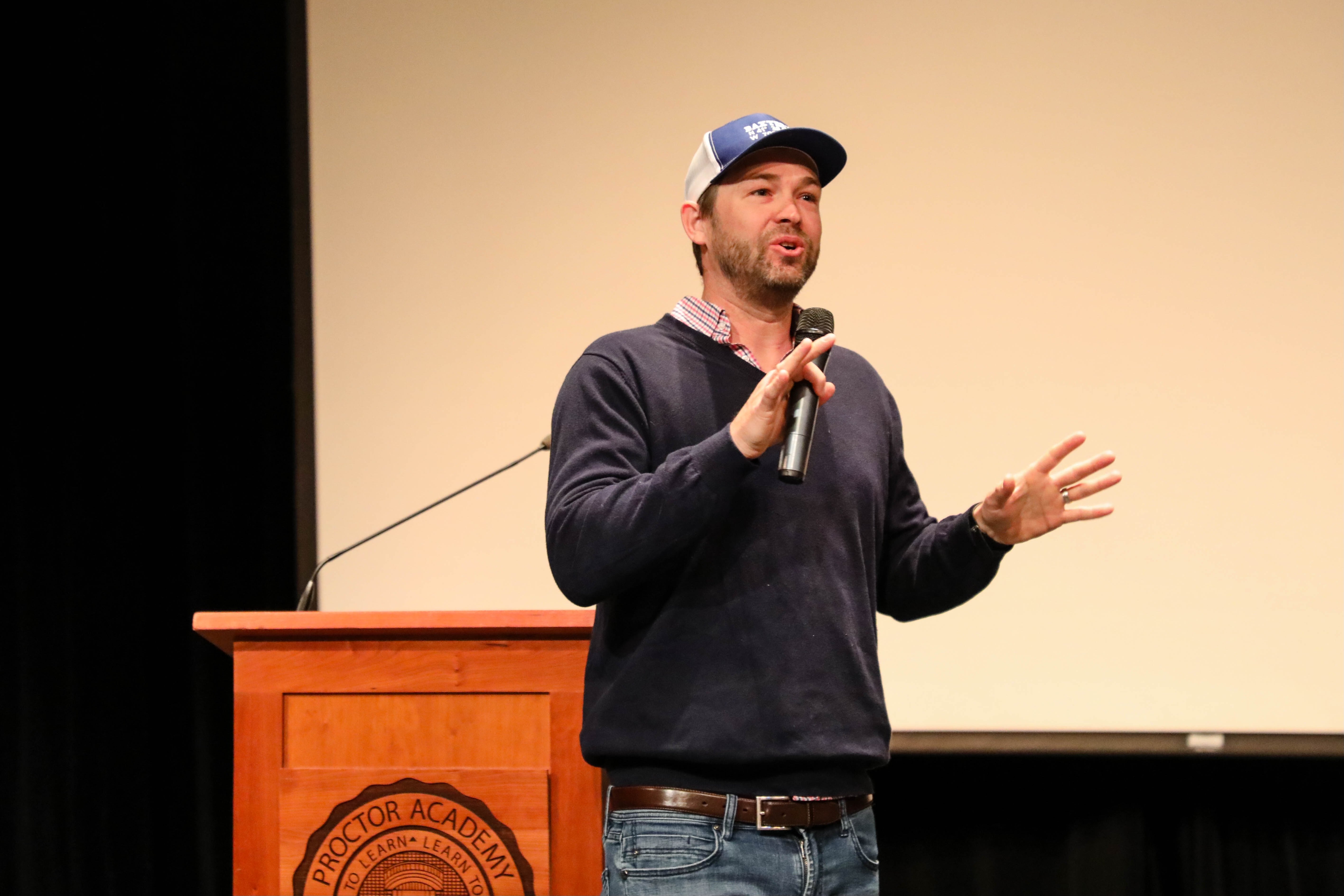 For instance, in the assembly on Monday, English teacher and baseball coach Mark Tremblay told a story about the varsity baseball team’s recent trip to face undefeated Vermont Academy. To preview a Moth-inspired story evening, which occurs once a year in May, Mark stood up to share with us how words and storytelling are at the heart of who we are as a community. He regaled us with a story of how this season the Proctor baseball team faces opposing teams who have pitchers who regularly throw in the high 80 mph to low 90 mph, major league caliber stuff. In other words, a batter has only .25 seconds to react to a ball that will reach them within .40 seconds, or less than a blink of an eye.

After taking a drubbing over the last few weeks, our Proctor team battled the top team in the league - at their place - and was even winning in the last inning of their game against Vermont Academy’s top hurler. The game had been back and forth with Vermont, the best team in the league, having two outs with two men on base. On a one ball - two strike count, Trey ‘22 sneaks a fastball on the black of the plate, which would ordinarily be called a strike, ending the game. Thinking it was a strike, our players began to leave the field. But it wasn’t according to the umpire. He called a ball. At that moment -  Rrrrrraaannnnnngggg - a scheduled fire alarm sounded, ending the assembly and the story at its climax. An audible groan and shouts of “what happened” coursed through the theater as we filed out in clumps through the four exit doors as quickly as we could, still buzzing at Mark’s story.

We would have to wait another day because assembly was officially over. And, around the campus and even hours later, people were still buzzing about Mark’s story. The ending did not matter (during Thursday’s assembly Mark picked up where he left off telling of a heartbreaking defeat and powerful moments of team bonding that would follow), Mark had moved us, highlighting and previewing the poetry and story slam event to come. 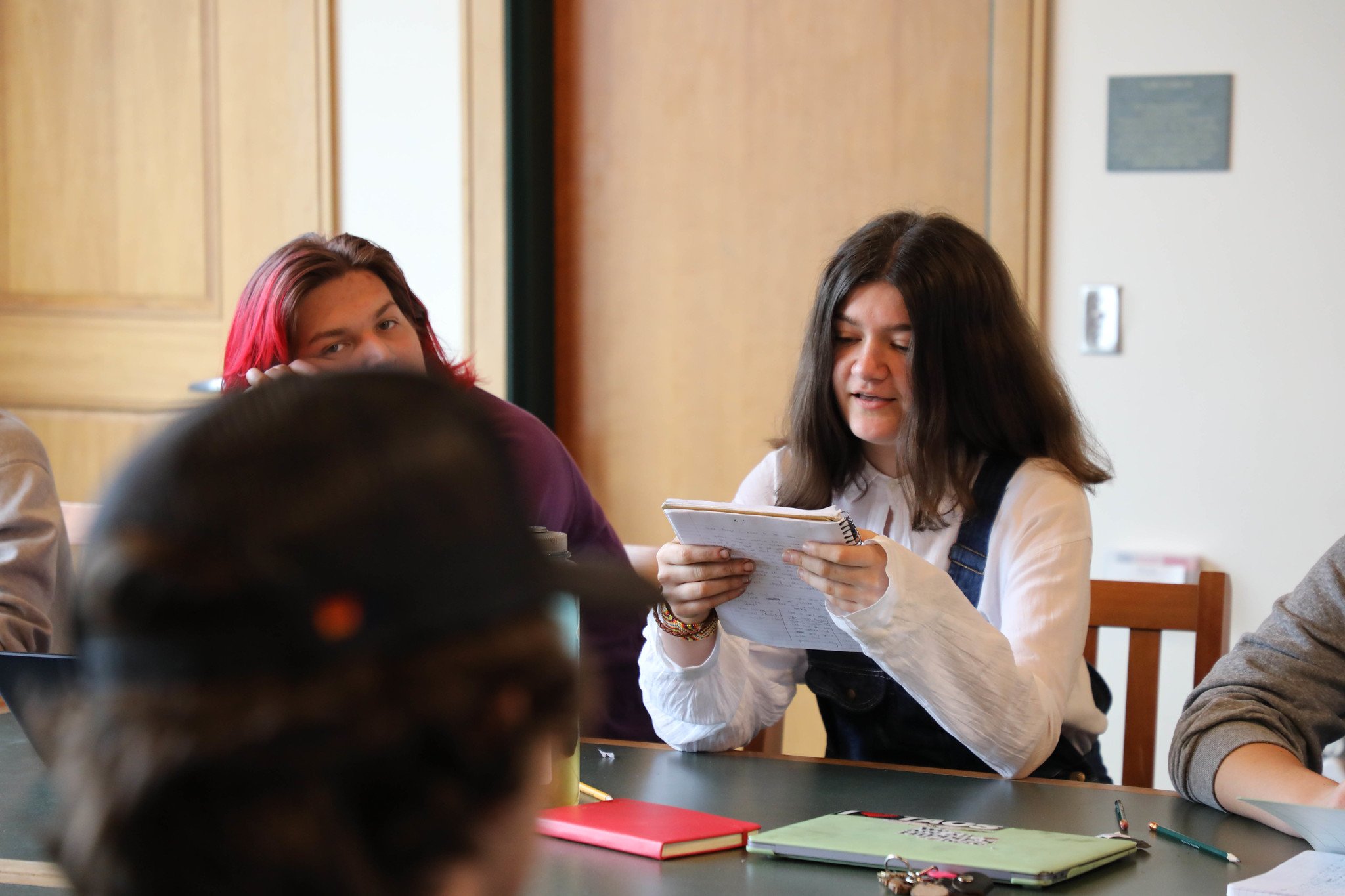 All around the blog posts published to this website, in classrooms across the school, and in the school’s Hornet’s Nest newspaper, we are fueled by the stories we tell ourselves, the stories of this community. Good examples can be found in this past week’s Buzz whereThomas ‘22 on European Classroom shares:

“European Art Classroom has given me a new perspective. I’ve always pictured life to be a daunting task that requires so much skill and dedication, almost like a beautiful painting. However I have come to understand that a painting's beauty lies in the detail of its individual brushstrokes coupled with confidence and freedom. If I continue to focus my energy on each brushstroke of life, I will find that I can create a masterpiece.” 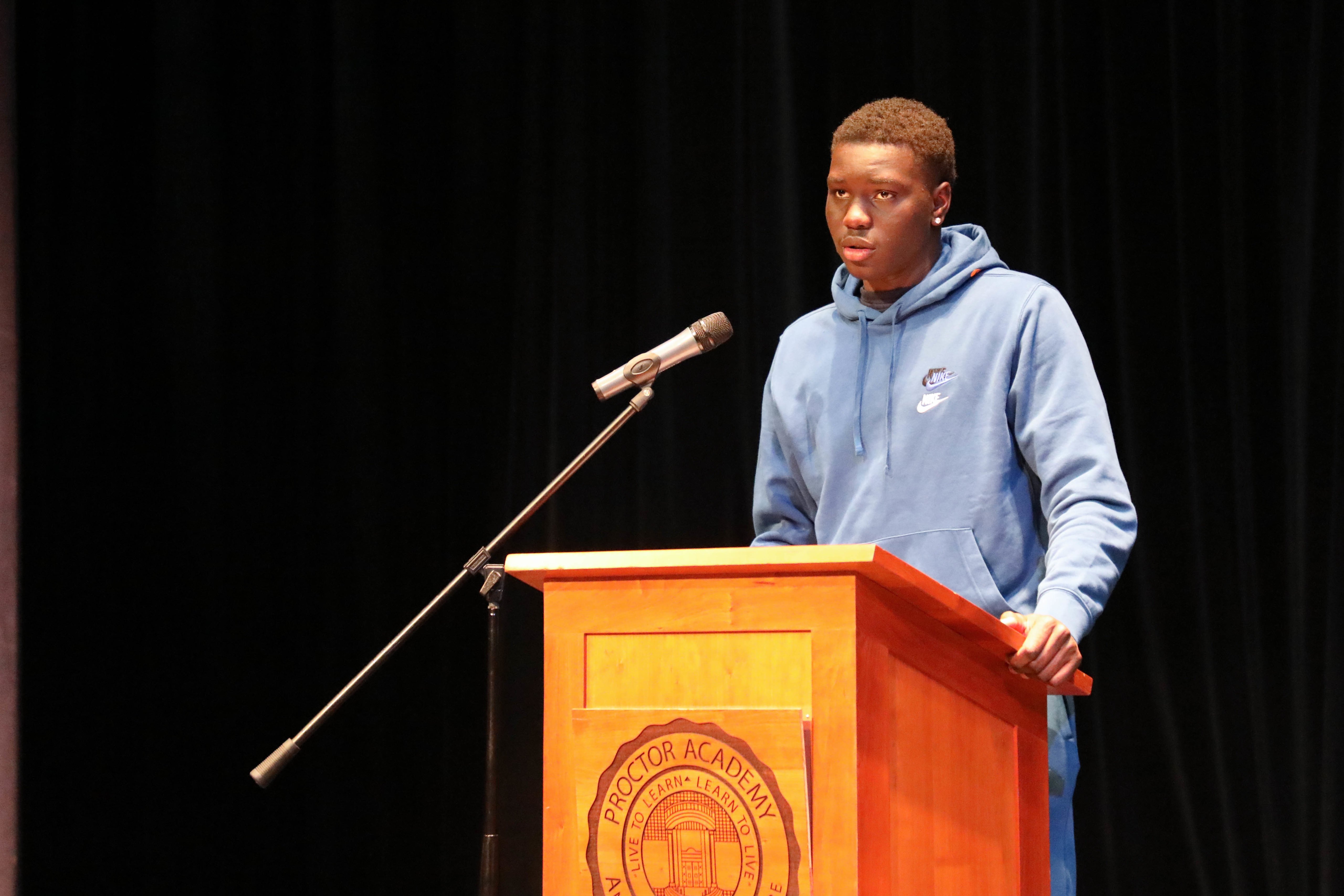 The brushstrokes of Thomas’s pens, pencils, and paintbrushes tell one story. His ability to draw himself into the heart of the artist's life in Aix-en-Provence reveals the depth of the changes he continues to make as a soul during his time at Proctor; a soul who is learning all he can in the service of his education while living and loving his learning. 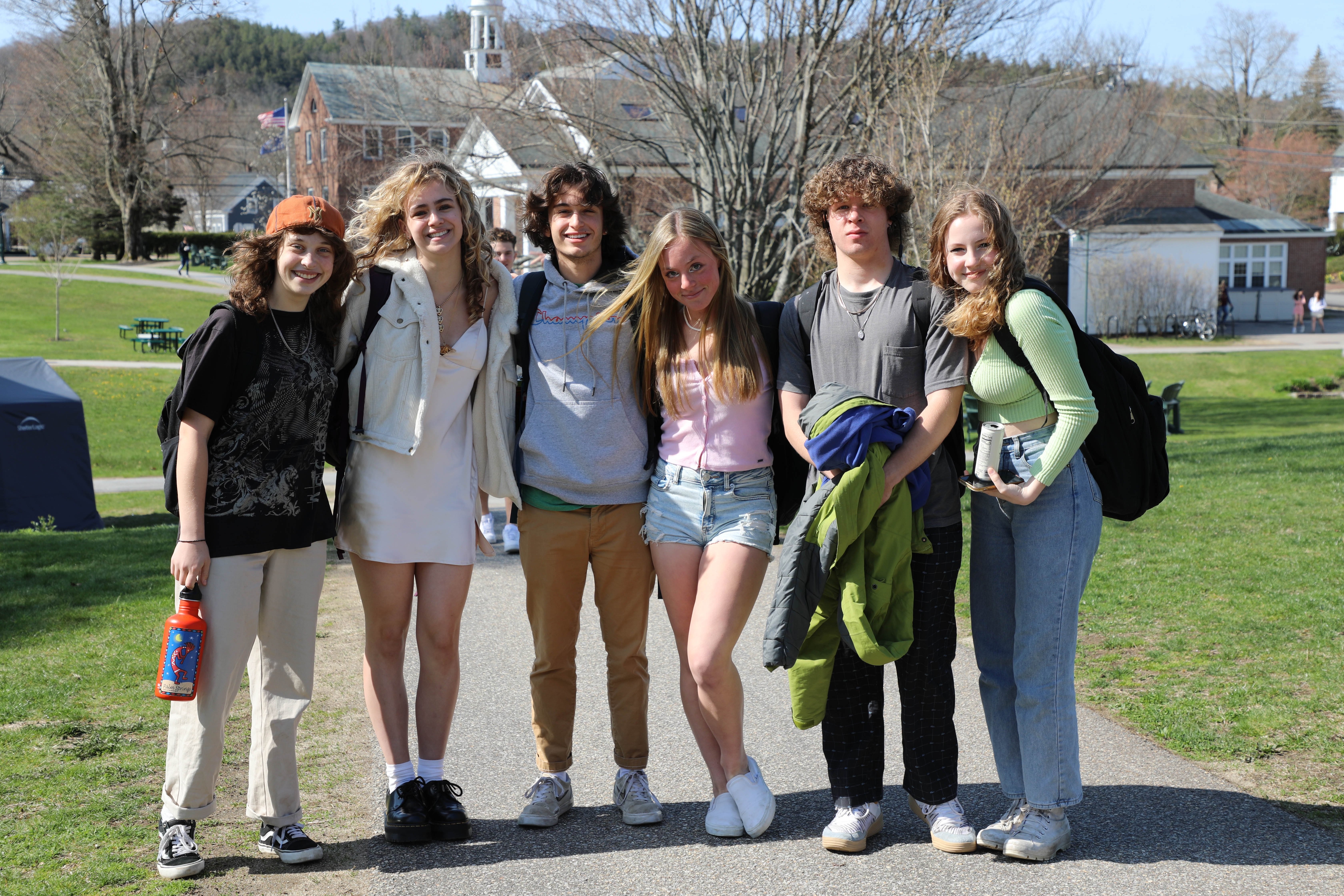 Whether it’s Mark Tremblay’s cliffhanger in assembly or Thomas’s story of personal development and transformation, Proctor is a place that values and connects through words. We tell stories and paint with words to fortify ourselves and to pass along who we are and what we value–from generation to generation.

One story that I was very impressed by was Mason's '22 time on last winter’s Ocean Classroom. It’s about being on watch. Listen HERE. Enjoy!