The Journey: Witnessing Aboard the Harvey Gamage

This past week in Charleston Harbor, a group of Proctor folk gathered for the send off of the Harvey Gamage and Proctor’s Ocean Classroom program. Students from Proctor and the MET Schools in Providence, RI prepared over the course of the last two weeks to learn to be mariners and how to collaborate with each other while helping to run a tall ship for the next 65 days. Led by Brooks Bicknell ‘77 in his final stint as Ocean Classroom director, the fall and winter versions of Ocean Classroom culminate with one of a kind lessons that students carry with them for the rest of their lives. 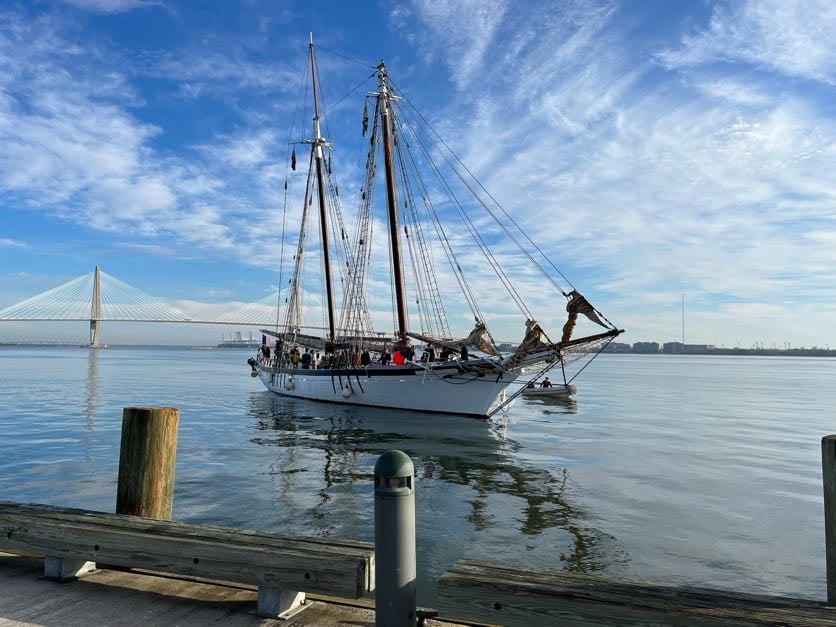 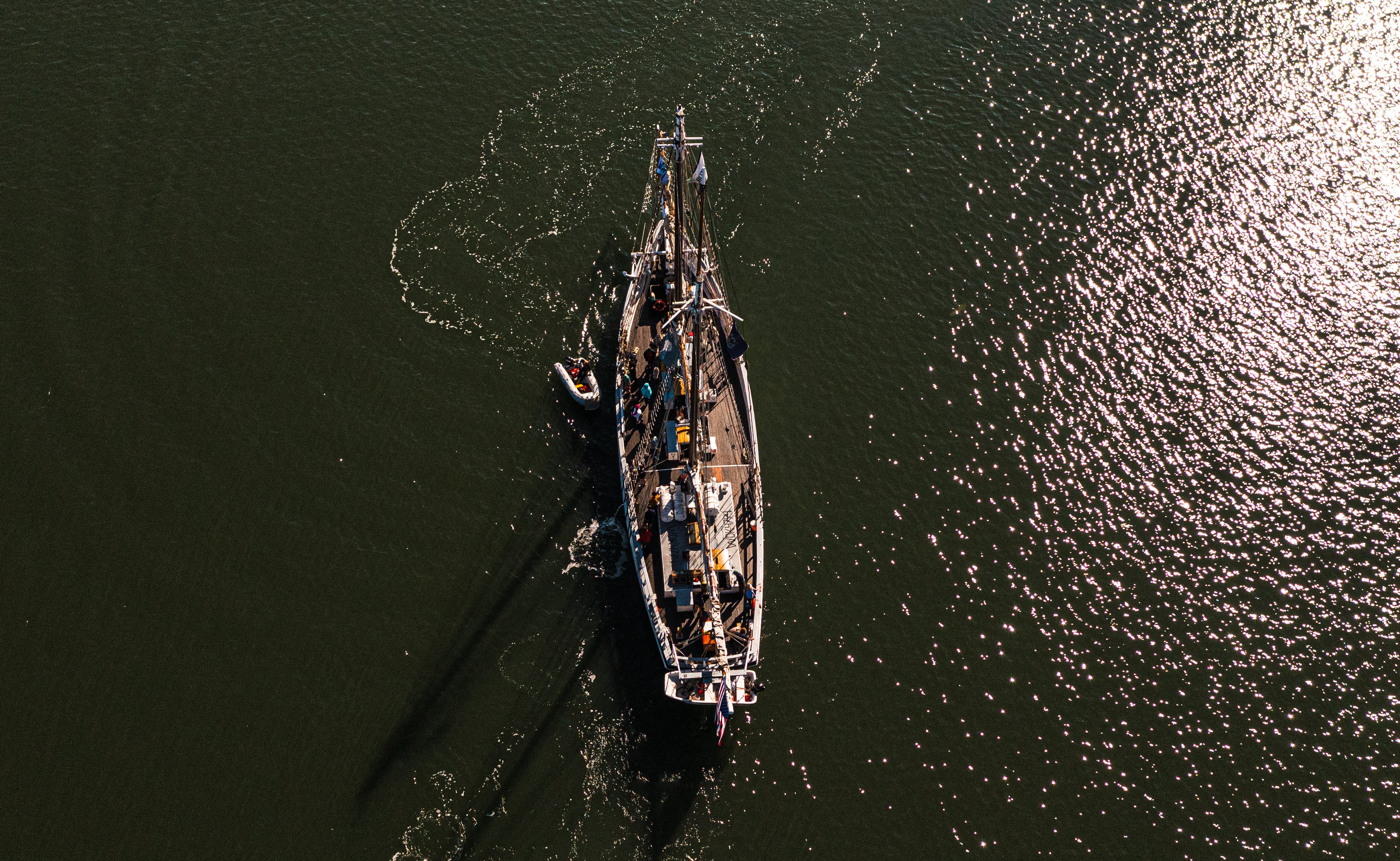 On the wharf that usually anchors the Spirit of South Carolina, we waited for the Gamage to make its way to shore. Such anticipation! An eclectic mix of parents, photographers, alums, and curious local bystanders wanted to see what we were up to at a harbor that usually offered solace to different kinds of motor boats and smaller crafts as opposed to a 110-foot tall ship that could have set-sail over 150 years ago. Our intrepid sailors were demi-celebrities, expertly bringing the ship to port as if they had done so for weeks or even months. Little did the bystanders realize that our crew had been aboard for less than twenty-four hours. They were learning a lot and will learn even more during their two months voyage. This being the 29th year of Ocean Classroom, the 49th year of the Harvey Gamage’s maiden voyage, and the 174th year of Proctor’s founding, we all stood on the threshold of where America’s Civil War began, seemingly on the cusp of monumental anniversaries–these markings of time. Couple all of that with the MET Program’s founding in 1996, each entity has come to and surpassed important historic mile-markers that give focus and direction to their mission. For instance, some might argue that the MET, Proctor, and Sailing Sips Maine, the outfit that runs the Harvey Gamage, have nothing in common. Yet, each has given students over the years, decades, and centuries an opportunity to create personalized and inspirational visions for themselves, providing all in their scope of influence grit, tenacity, determination, and knowledge of self that will serve them excellently beyond their time during this current voyage and long into the rest of their lives. What is significant is what the time on the Gamage has in store for each soul aboard her this winter. Each will get to feel the vastness of the ocean and distance of the stars at night, serving as a time-capsule to carry each mariner throughout the ups and downs of being alive, putting them in the moment. 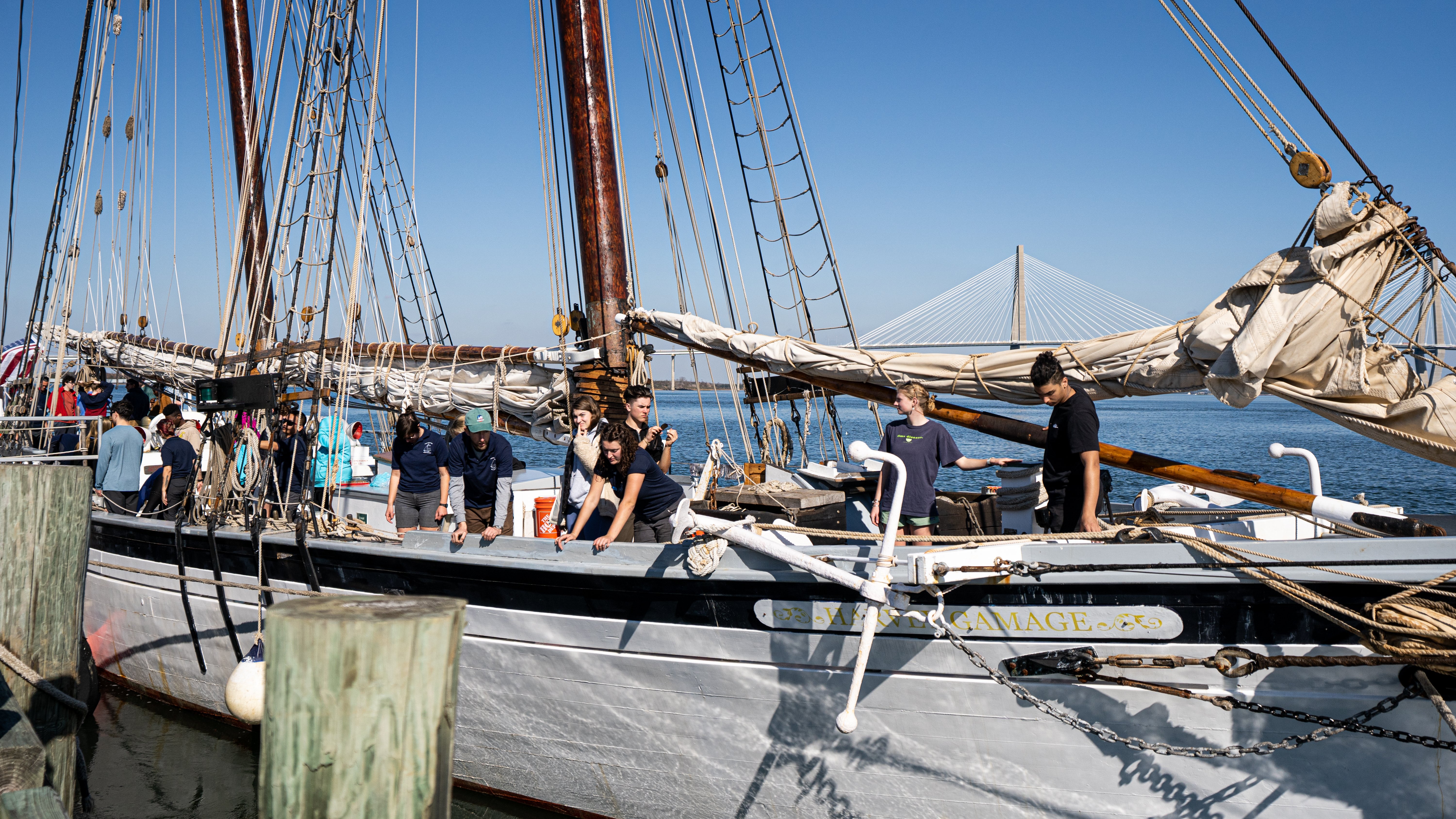 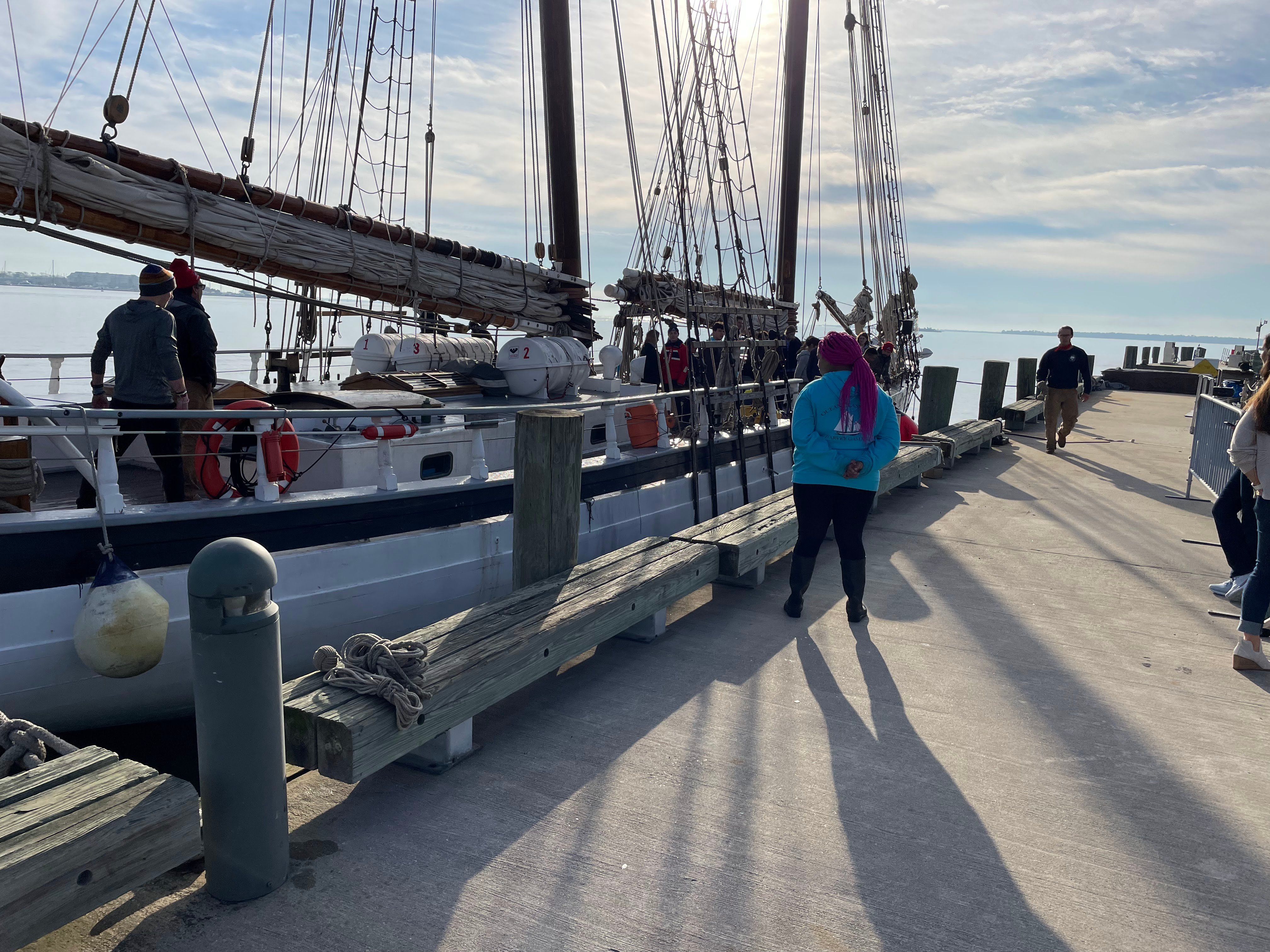 Catherine ‘23 spoke about learning from her Ocean Classroom instructors and mates aboard the ship. To Catherine and her watch-mates, the sea educator offered up an instructional one-of-a-kind lesson on a clear inky night in which the stars were visible not only in the sky, but they were also glimpsed on the surface of the mirror-still waters. What an opportunity for students to learn about celestial navigation and astronomy with each other on the surface of one of the largest bodies of water in the world–the Atlantic Ocean. The Atlantic will become their blackboard in the sky and at sea. 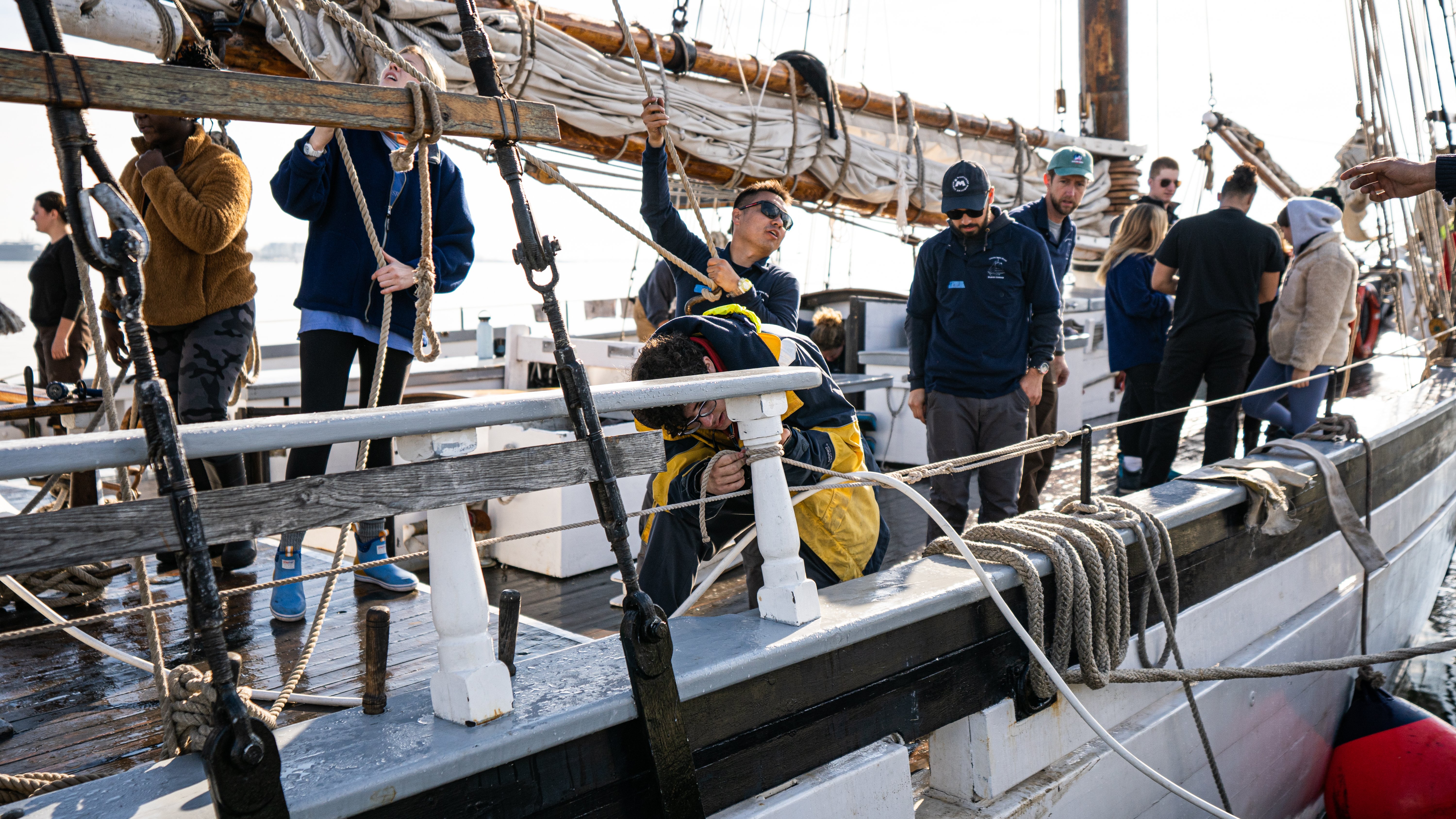 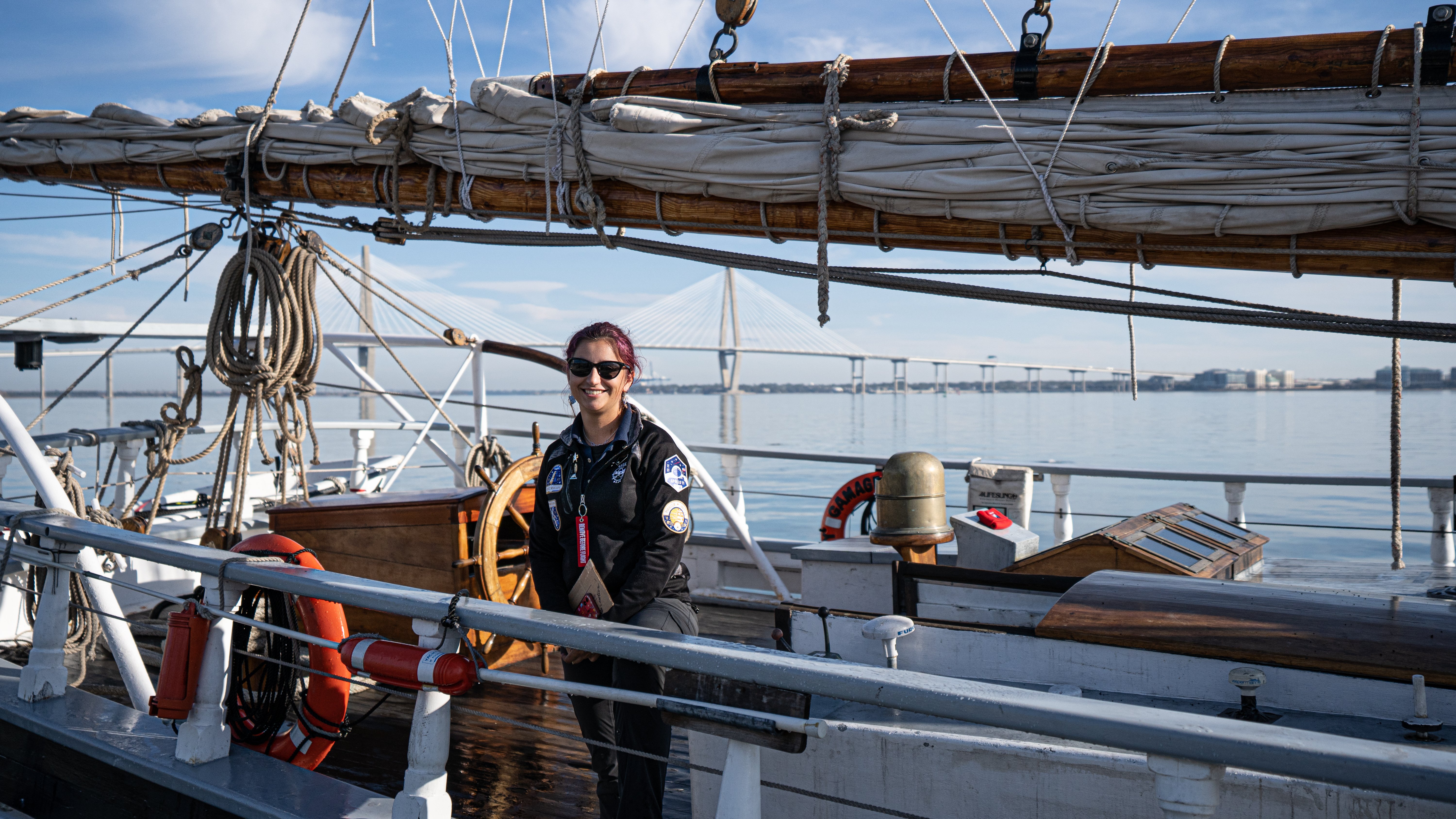 Another student from the MET, Caroline, told me that she learned how to put her trust in people, especially people new to her. She said, “When you are depending on someone to have your back in these conditions, then that says a lot for the person you are and the person they are, too.” In a funny way, we all are putting our trust in Ocean Classroom and in the process of turning students into the people that they can look back on twenty or thirty years later and say, “That truly was the beginning of something epic and important for me in my life.”

The ability of a group of 20 students and another 12 or so adults to hold sacred space and to witness each other together – from different schools and a myriad of different backgrounds – does take a certain leap of emotional faith for all involved. Each person carries with them the seeds of being someone worthy of trust, and someone that can be depended upon to reach beyond what they know now–to make the leap into something truly awe-inspiring and wonderful and new.

As you can tell from the title of this blog, “The Journey,” we revel in telling stories about our students’ transformational experiences. It’s like hearing a familiar song sung by a different artist than the one who made the song famous or great. Here is the artist’s Tuck & Patty singing Cindy Lauper’s “Time After Time.” Listen: HERE.