The last three weeks of weather have given Sue Houston’s Climate Science class plenty to study. The first light frost of the season came three weeks ago, followed by an 85 degree sunshine filled day, and then thunderstorms and another hard frost. We returned from Family Weekend to a muggy downpour before highs yesterday only reached 44 degrees. Who would think you would start your woodstove and run your air conditioner in the same week. While some may find rural New England lacking excitement, all you need to do is follow the weather to stay entertained! 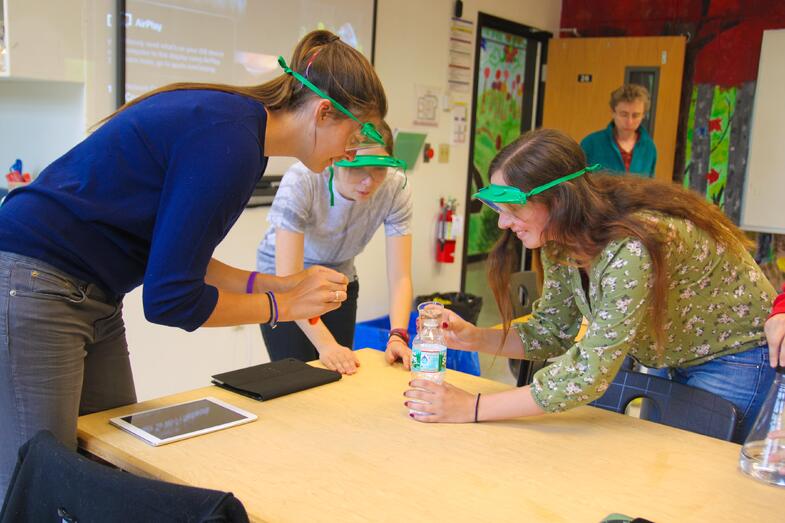 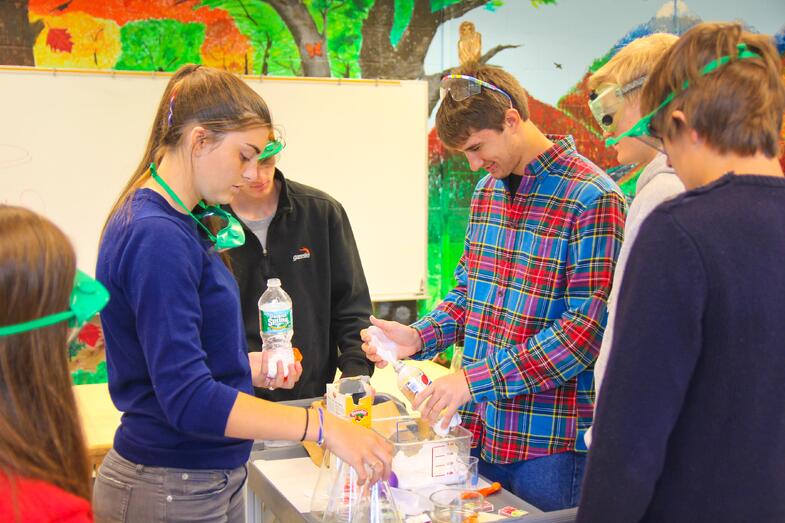 This term, Climate Science students are studying carbon dioxide, properties of light, Greenhouse Effect before moving into the study of the Earth’s climate system and how weather works. Above students explore the properties of carbon dioxide. Students drove the hands on learning experiment with Sue providing only the general guidelines through which they needed to explore. Lab groups had questions to answer, materials, and an understanding of what carbon dioxide was, but had to figure out how to identify color, odor, relative density, and mass of CO2. 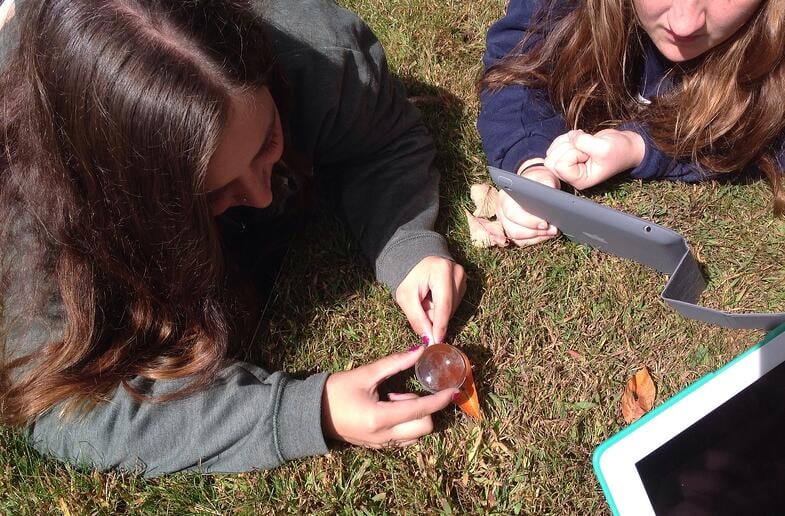 A second exploration activity (photos above) involved exploring the properties of light; albedo, white light, electromagnetic spectrums, and the relationship between sunlight and heat energy. 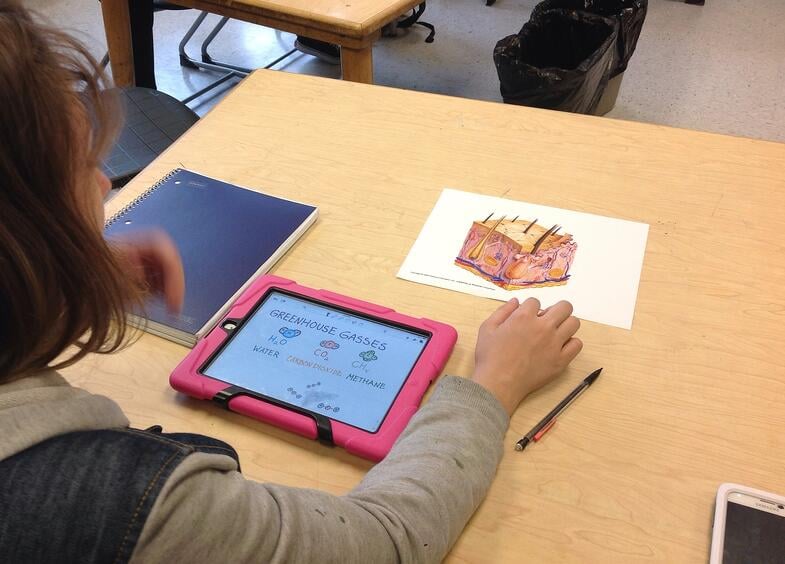 The final step? Students crafted presentations demonstrating their understanding of the Greenhouse Effect based on the scientific data and exploration in the previous two labs. The entire process of exploration represents a continued evolution of how we teach science at Proctor. Sue Houston explains in the video below:

This is just one small window into one of the many classes on campus in which students are given the ownership of exploring content and applying what they have learned, all while using iPads as research, lab, and presentation tools.