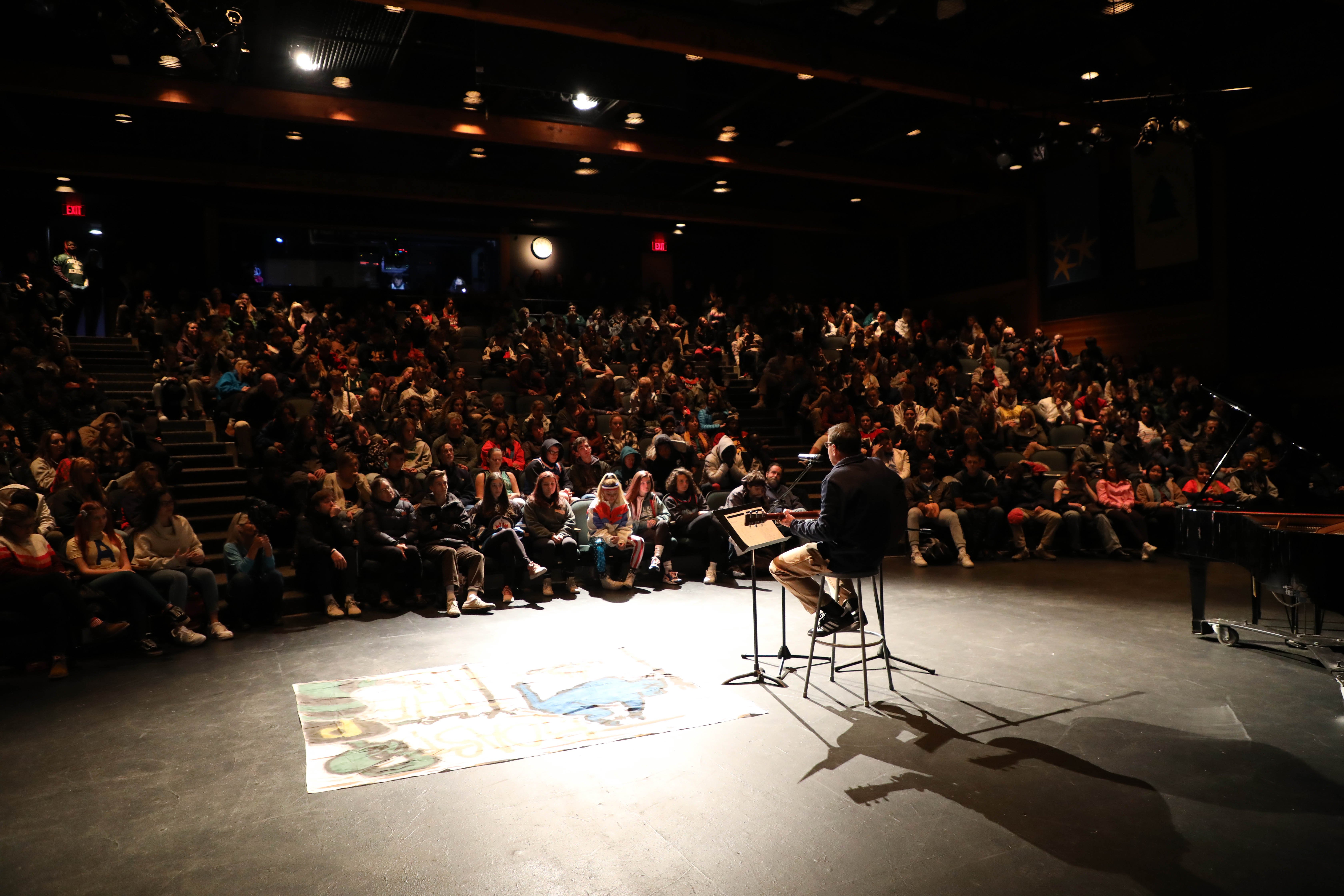 English teacher John Bouton quietly stepped to the microphone and read an excerpt from a speech Teddy Roosevelt delivered in 1910, framing the rest of assembly and the weekend ahead as an opportunity for each of us to step into the unknown, to risk failure, to be in the arena.

"It is not the critic who counts; not the man who points out how the strong man stumbles, or where the doer of deeds could have done them better. The credit belongs to the man who is actually in the arena, whose face is marred by dust and sweat and blood; who strives valiantly; who errs, who comes short again and again, because there is no effort without error and shortcoming; but who does actually strive to do the deeds; who knows great enthusiasms, the great devotions; who spends himself in a worthy cause; who at the best knows in the end the triumph of high achievement, and who at the worst, if he fails, at least fails while daring greatly, so that his place shall never be with those cold and timid souls who neither know victory nor defeat."

Kally ‘23 stepped up and played a courageous piano solo, and then John ended assembly with Joni Mitchell’s Urge for Going - his first public performance since arriving at Proctor and a powerful example of fearlessness for our students. Our School Leaders Vienna Marcus ‘20 and Hitch Graham ‘20 followed suit organizing the Hornet Games and bonfire Friday night. They stepped up, risked failure for the betterment of our community, and did so with grace and humility. A community needs student leadership like this. Fearless, bold, and fun. 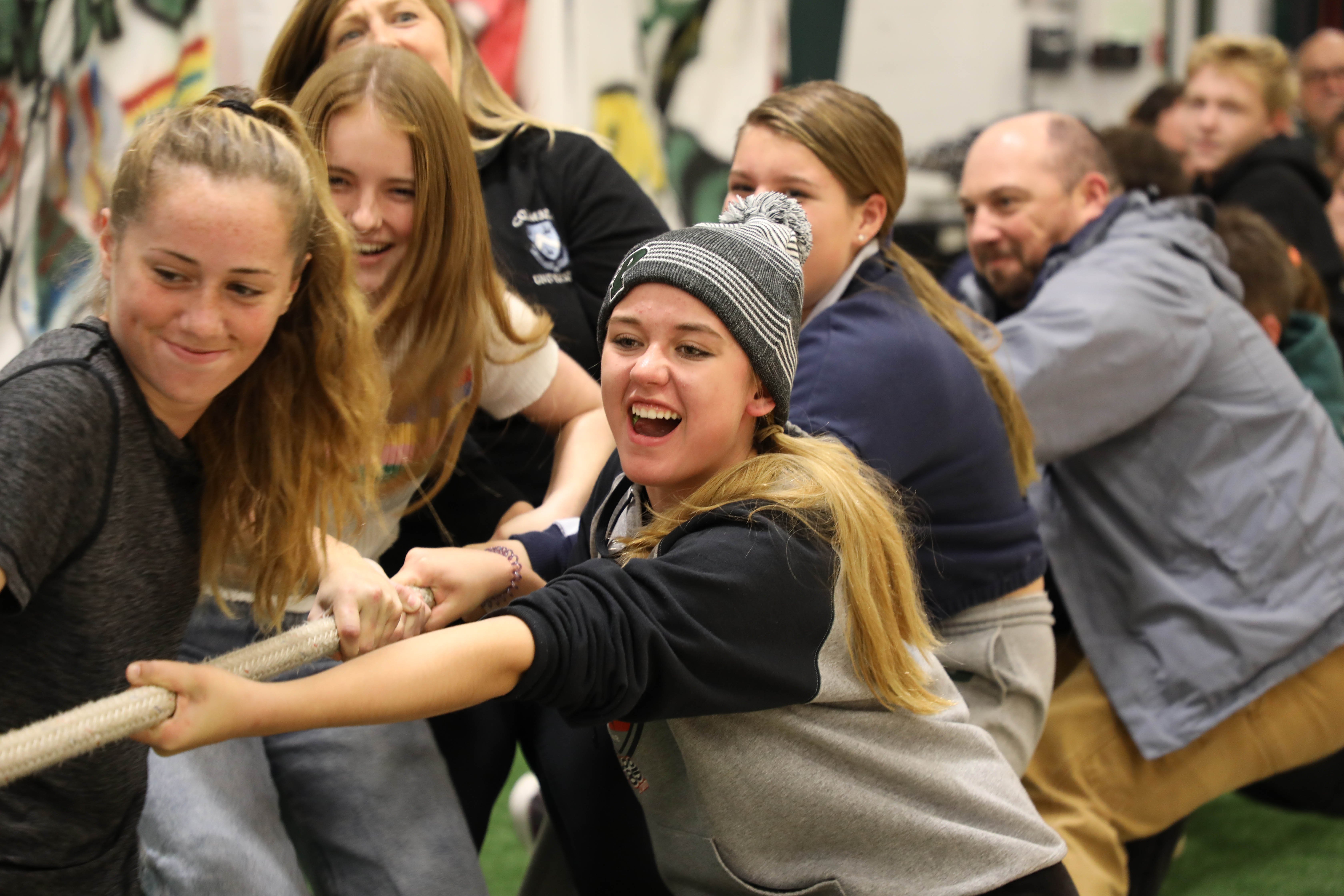 As seems to be the case each year, the weather for Holderness Day was frigid, but the Hornets flew on into competition. There were moments of triumph (girls’ and boys’ varsity soccer dominated the Bulls as did JV field hockey and JV girls’ soccer), and while we did not always come out on top according to the scoreboard, the effort of each of our teams was something to be proud of. Our fans relentlessly supported our teams. Banners flew high. Pride in our school, our community, each other, was on display, and it was a beautiful thing. 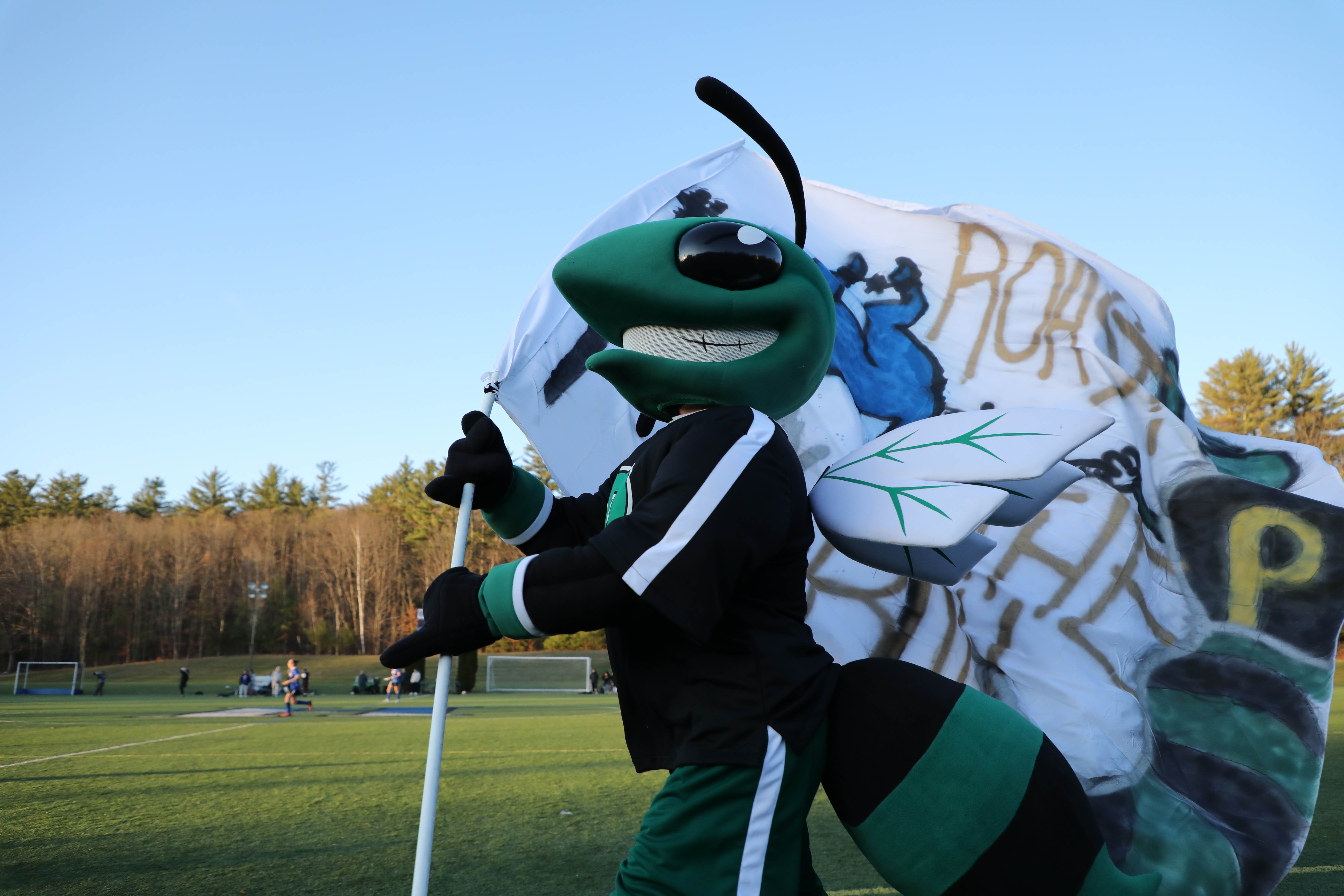 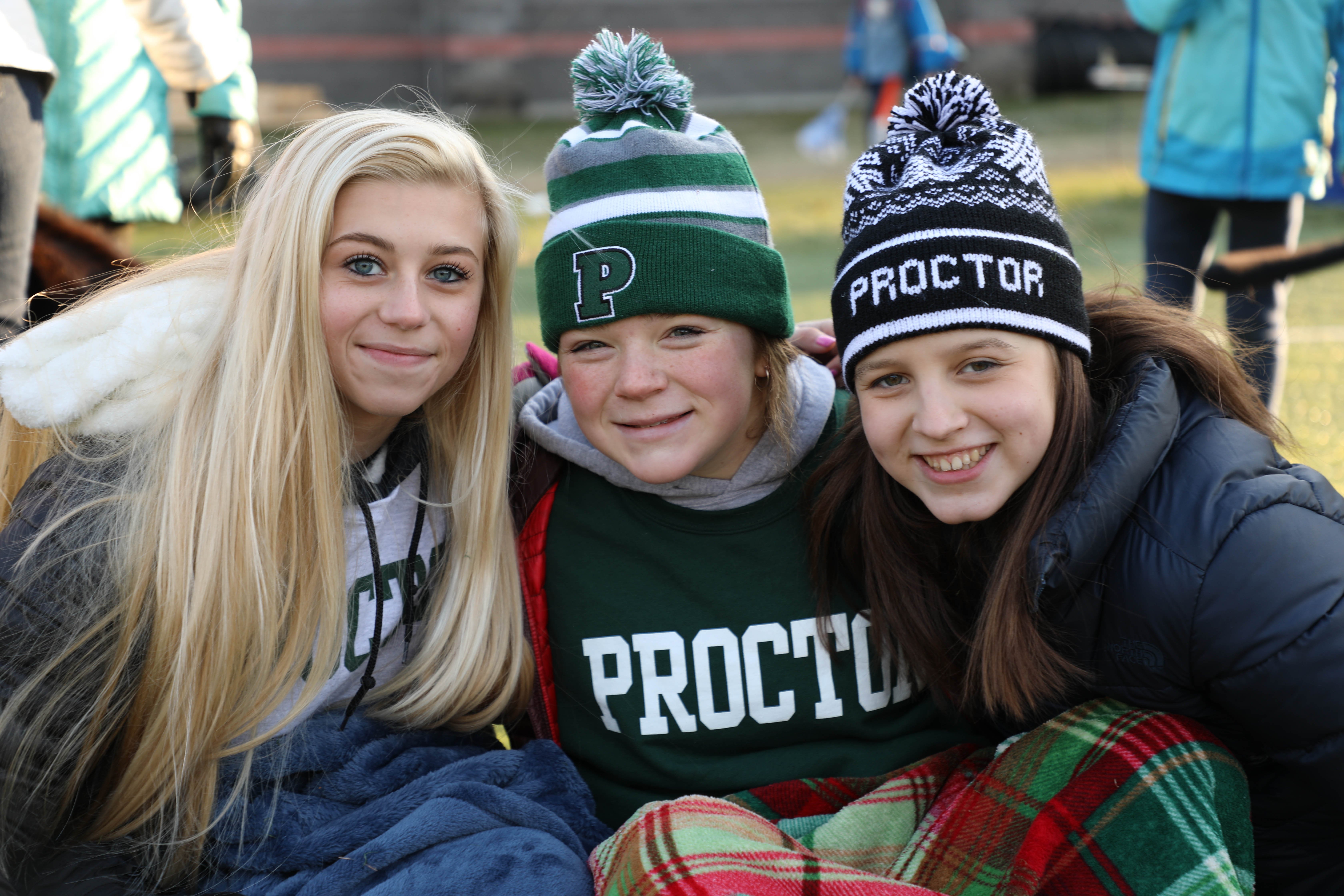 This is what Holderness Day - what Proctor - is all about. It’s about being vulnerable when we feel least able. It’s about sharing our hearts and talents and souls despite that internal fear begging us to hold back. It’s about giving your all on the field with the chance your team may not be victorious. It’s about unwavering support and respect for those who step into the arena to give their all. 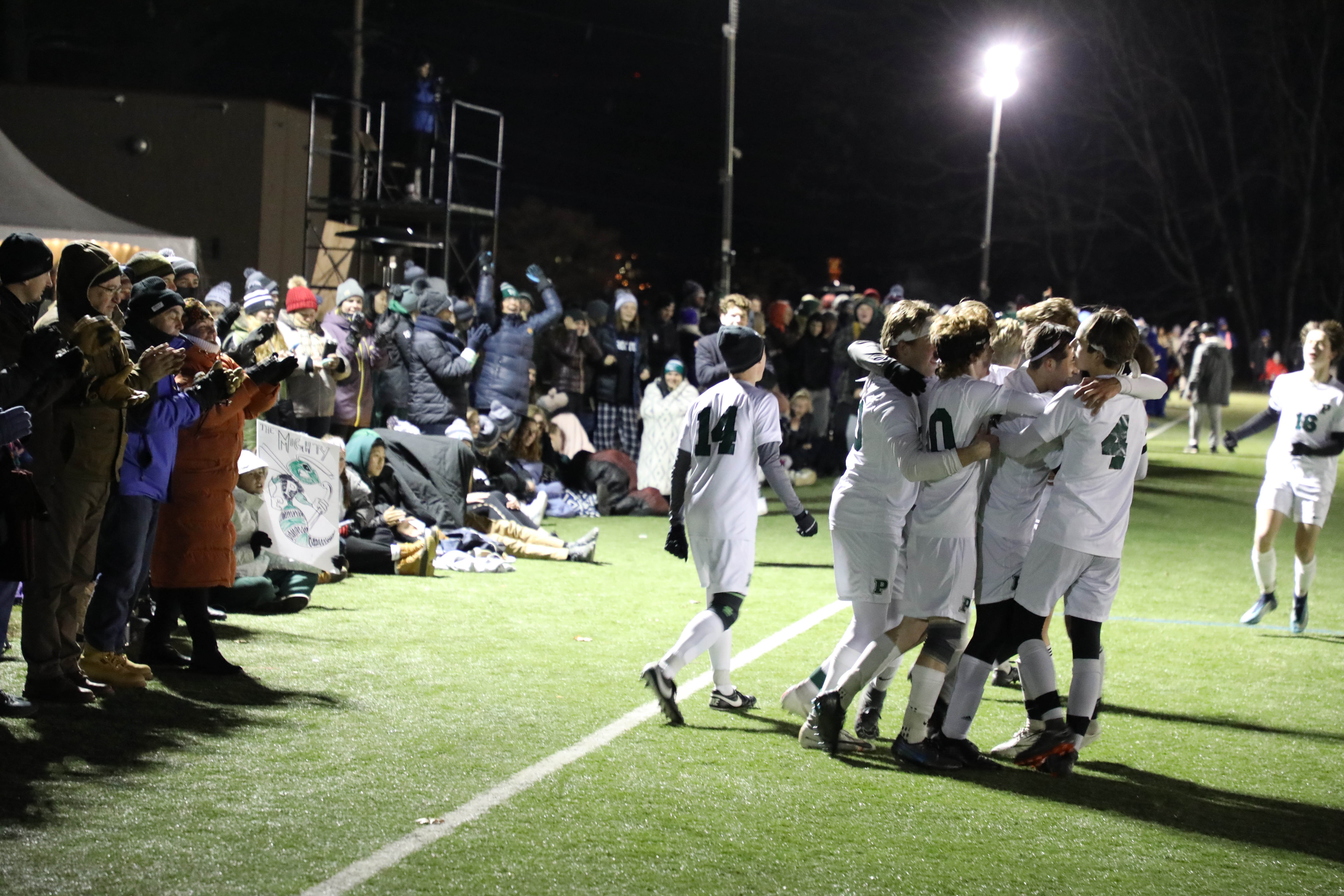 It’s easy in life to simply stay in your lane, to meet (but not exceed) expectations, to do well enough (but not too well) so as to not draw too much attention from your teachers, parents, coaches, or peers. But this is not where we live our best lives. We live our best lives when we leave the harbor, when we step into life’s arena and spend ourselves in worthy cause.