Starting on the east end of campus, this view from the Mac House garden of the Recording Studio and Wilkins Meeting House with the Proctor Stone Chapel, Proctor Ski Area, and Mount Kearsarge in the background always takes our breath away.

Sally B, a girls dorm built in 2013 is the crown jewel of North Street (nestled to the east of Mary Lowell Stone House) and serves as a key step in the gradual upgrade of faculty and student housing. Two new dorms on the west end of campus and the acquisition of more faculty housing just to the west of campus add to housing options as well.

As we turn right onto Observatory Lane, the Johnson Family Sugarhouse lies dormant for the summer months. Wood for the evaporator (cut, split, and stacked by students on Woods Team) dries as we dream of the cold nights, warm days, and mapley steam of sugaring season.

Built in 2008, Peabody Dorm sits high above campus across the drive from the sugarhouse. With commanding views of Farrell Field, the Fowler Learning Center, and Proctor Ski Area in the background from nearly every room in the dorm, it's hard to believe this beauty is a decade old. The recycled hardwood flooring, geothermal heating, spacious rooms, sunlit common room, and beautiful faculty apartments keep it one of the most desired dorms on campus.

Heading to the west of Peabody Dorm, we pause to take in the view from the sister dorms high upon the hill. The change of this view over the past few years is significant, most strikingly the installation of the Farrell Field complex in 2012. The photo below from the mid-1980s shows not only the growth of that monstrous white pine, but Proctor's campus in general. 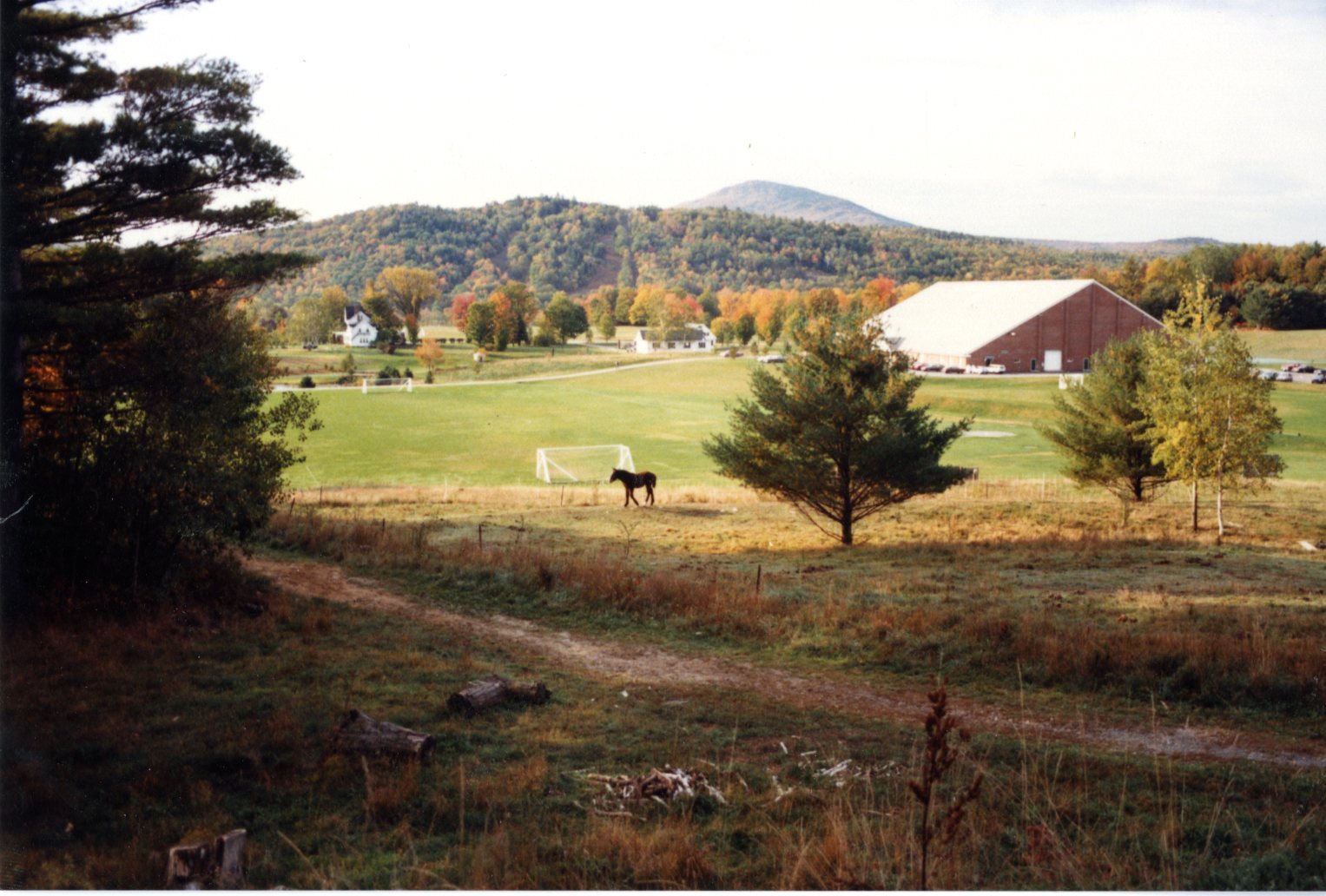 These fields have not only transformed the lives of Proctor's students, but are used year-round by local youth sports teams and have significantly increased the visibility of Proctor's educational model within the local community. We cannot underestimate the role facility upgrades have played in the enrollment momentum Proctor has experienced over the past five years.

As we photographed each of our buildings, we were reminded of the physical plant investment in solar arrays as well. With 10 different solar arrays installed on campus over the past five years, Proctor is generating roughly the equivalent of a third of its electrical usage in solar power (currently sold back to the grid, but over time it will directly offset Proctor's electrical consumption). Check out the case study below produced by Revision Energy  on Proctor's commitment to solar.

Proctor's newest building, the Brown Dining Commons, represents this deep commitment to environmental sustainability with its geothermal heating/cooling, solar arrays, and net zero ready design. We love this building for its function as a community gathering space and dining facility, and often forget the intentionality of its design in order for Proctor to pursue its Environmental Mission Statement. Take a deep dive into the net zero design with architect Bill Maclay P'13 HERE!

Sitting just behind the Brown Dining Commons is the Farrell Field House. The largest, most distinctive building on campus, the field house was constructed in 1967 for a school of roughly 180 boys. 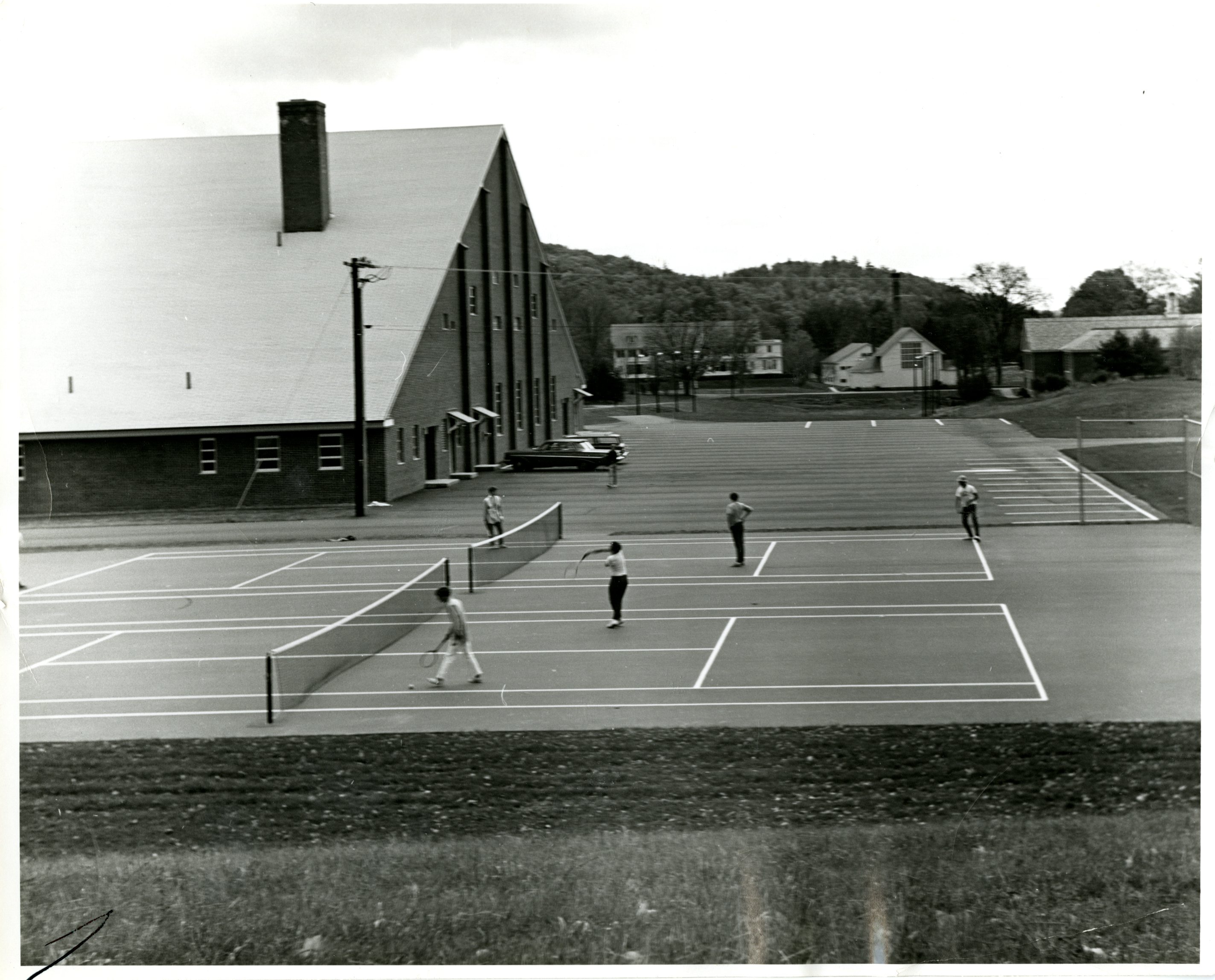 Its evolution of function over the last 50 years has been significant - housing our dining hall for 38 years, growing to accommodate twice as many students and athletic teams as originally designed - and the building is currently in the process of undergoing a complete overhaul. With Phases 1 and 2 complete (read more here), Phase 3 construction (seven new classrooms, wellness studio and offices, and athletic offices/locker rooms) will be ready for use in December 2018.

A walk from the west end of campus along the main path, we pass Carr House, one of Proctor's oldest, most iconic buildings. The stately home of the Carr Family. A working farm until midway through the 20th century, the period details of this dormitory remind us of the rich history of the Andover community.

We pass Shirley Hall and the Proctor Pond, which will undergo a renovation of sorts itself this summer as it is dredged and an aeration system is put in place to increase the vitality of the natural environment living within its banks.

A few hundred feet up North Street, we look across the street to Proctor Block where the action never stops, not even during the summer months. Proctor's Development Office continues to push toward their fiscal year end (June 30) goals, while our Communications team is hard at work finalizing end of year communications and diving into next fall's Proctor Alumni Magazine. The Admissions team begins tour families throughout the summer looking ahead to the 2019-2020 academic year!

As we return the golf cart we used for our tour to the Maintenance Department, we grab the shot below of Maxwell Savage Hall and the old Holland Auditorium. A renovation of this massive building is next on the roadmap for the Campaign for Proctor, and we cannot wait to see how the design process evolves over the coming months. Stay tuned for more updates on this project!

Thanks for coming on this tour of campus with us! Hope to see you on campus this summer. And just one more visual reminder of how much our campus has evolved over the past fifty years. 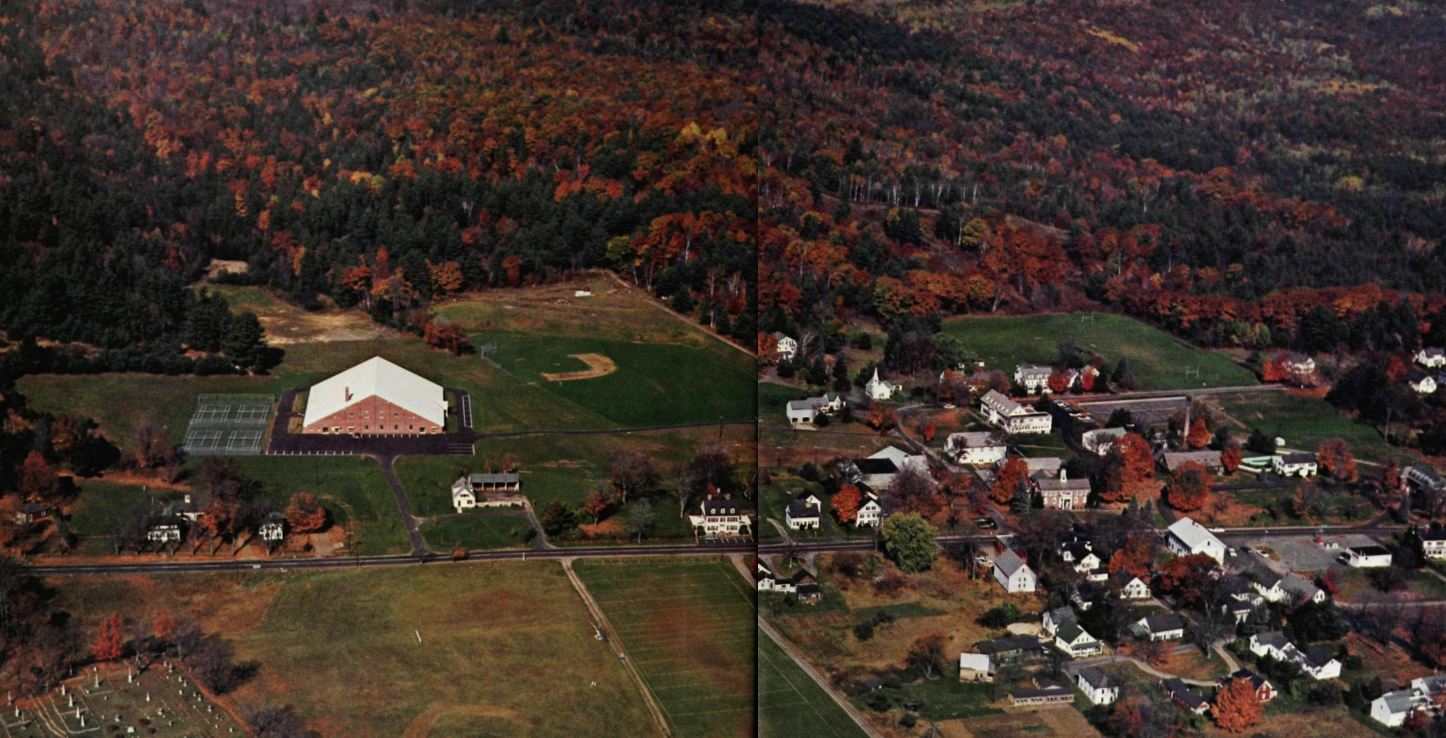 Aerial view of the Town of Andover and Proctor's campus circa 1967.