When Jessica Sarkisian ‘91 was ten years old she was asked, “What do you want to be when you grow up?” She replied an airline pilot. Three years later Top Gun hit the theaters and that dream evolved to wanting to fly an F-14. She began reading all about military aircraft and took her first hours of flight instruction during her senior year at Proctor. Twenty-five years later, Jessica is an eleven year veteran captain flying for Frontier Airlines based in Colorado, her self-proclaimed dream job.

Jessica knows as well as anyone, however, that her dream did not just ‘come true’, but rather was earned. After graduating from Proctor, Jessica attended Daniel Webster College to study Aviation Management and Flight Operations where she continued to gain hours flying, eventually propelling her into a job as a flight instructor. During this time, Proctor alum and United Airlines pilot, Laurie Cannon ‘60 reached out to Jessica when he learned of her desire to fly 747s around the globe for United Airlines. Laurie was a longtime pilot himself, and his words of wisdom encouraged her to continue to pursue her goal.

She notes, “I flew for Business Express for three years before they were bought out by American Eagle.  In my transition to American Eagle, I had an interview with United. I had stayed in touch with Laurie Cannon ‘60 after he reached out to me years earlier, and was able to meet with him when I flew out to Denver for my interview.” Her hard work paid off as she was hired by United, unfortunately, the 9/11 tragedy shifted her course a bit when United said they did not have a spot for her at that time. After two years as a captain in San Juan, Puerto Rico for American Eagle, Jessica was hired by Frontier Airlines and last February became a Captain with over 13,000 hours to her name.

Jessica’s journey is one of perseverance and self-advocacy, traits we hope all Proctor graduates take with them upon graduation. She notes, “I feel strongly you need to earn your position in life through hard work. My journey took me from flight instructor, to commuter planes, and eventually to commercial planes. I have worked with so many different people during my career as a pilot, and from each of them I have learned much about myself and my work.” She adds, “The biggest challenge in my job is the fact that all the responsibility lies on my shoulders. Paperwork, weather, maintenance issues, everything has a checklist and I must pay attention to every detail. I have learned to be meticulous in everything I do, and to never cut corners. It is an important lesson for everyone to take into their own lives.” 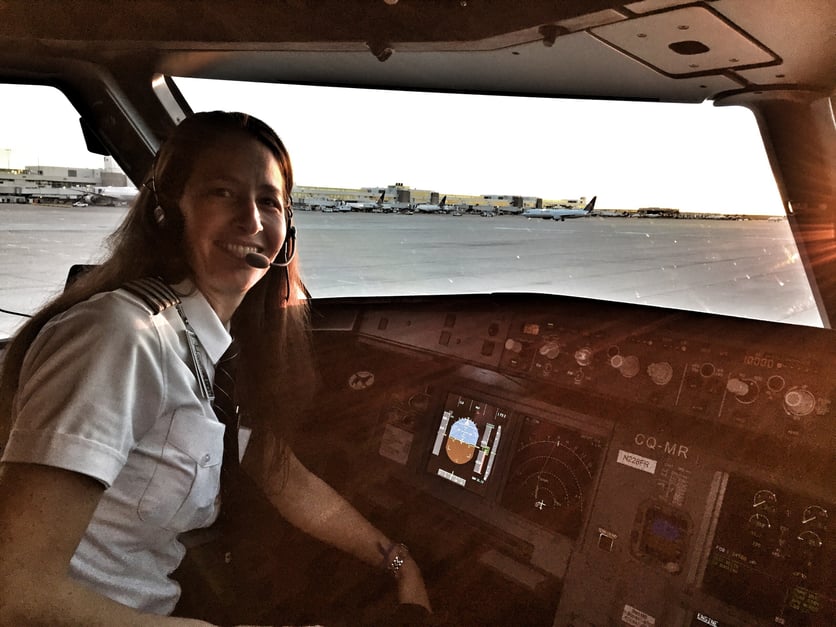 Above: Jessica just prior to her first flight in the left seat as a Captain.

While her interests at Proctor were varied, ranging from jewelry classes to computer classes on “those boxy little Apples” to playing on the soccer and tennis teams, Proctor’s influence on her life was uniformly consistent.  “I've always been a people pleaser, but I have learned how to balance that personality trait with self-advocacy skills and a willingness to ask for help when I need it.” She credits this growth to people like Yunus Peer (dorm parent) and Charlene Doran (learning skills specialist and jewelry teacher), “Without a doubt, Proctor gave me the tools to get through life, to learn how to work with different types of people, to take care of Mother Earth, and to better understand myself as a learner. At Proctor, you are surrounded by support, and if you are smart, you learn how to ask for help when you need it. This is not a sign of weakness, but rather strength and self-awareness.” 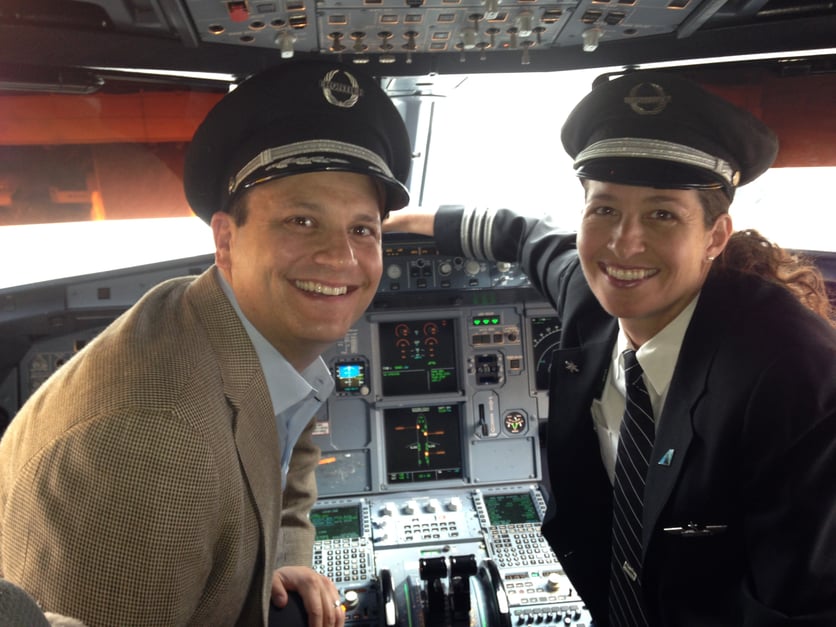 When asked to give advice to current Proctor students based on her life experience, Jessica pleads, “Chase your dreams, find something you love to do, and make it your career. If you can go to work every day and love what you do, your life will be that much more enjoyable. This type of life isn’t just going to fall into your lap, though. You need to study hard and put the time, energy, and work into making it happen. I’ve also learned to not take anything for granted, to own your mistakes and apologize when needed. Most of all, I’ve come to realize there is always more to learn and areas to grow, but if you are able to live life in a way that is true to yourself and true to others, dreams do come true.”