Henry Vaughan '74 first pulled into Andover, New Hampshire in the fall of 1969 for an interview at Proctor Academy. As a prospective ninth grader, the Beverly, Massachusetts native already had his mind set on going into the forest services or municipal fire fighting. From promotional materials, he knew Proctor offered both forestry classes and had a small, albeit very active, on-campus fire department. As his family drove toward the intersection of Routes 11 and 4 on his way into town, he witnessed Proctor’s fire department in action as they pulled up to a small fire along the side of the road in their antique fire truck. At that moment, Vaughan thought to himself, ‘I think I’ve died and gone to heaven. This place is unbelievable!’ 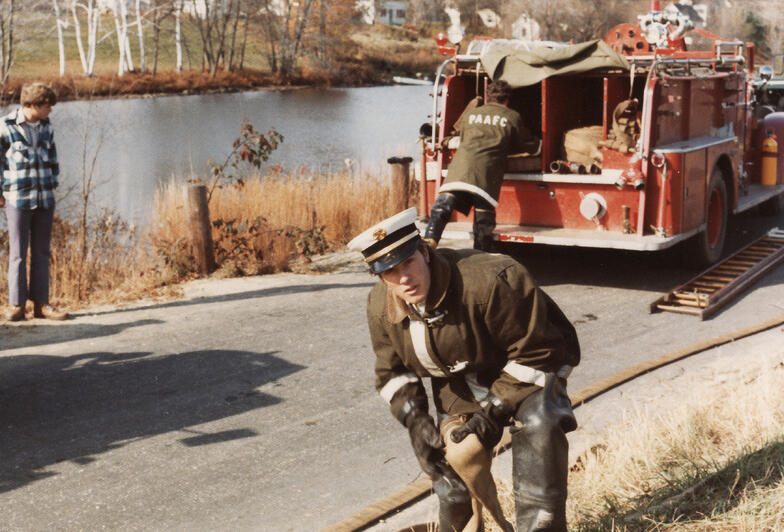 More than forty-five years later, Vaughan made good on his passion to serve others and sits as the Orono, Maine deputy fire chief and fire marshall. From the moment he stepped foot onto Proctor’s campus, that passion for public service through fire fighting was encouraged and allowed to be explored. Vaughan notes, “As soon as I enrolled in the fall of 1970, I was met by my house parent in Carr House, David Fowler. A year later, he would become Head of School, and would have an unbelievable impact on my life. His belief that we, as students, had a right to shape the future direction of the school was invigorating and refreshing. I will never forget the example he set for me and the course he helped set me on for the rest of my life.” 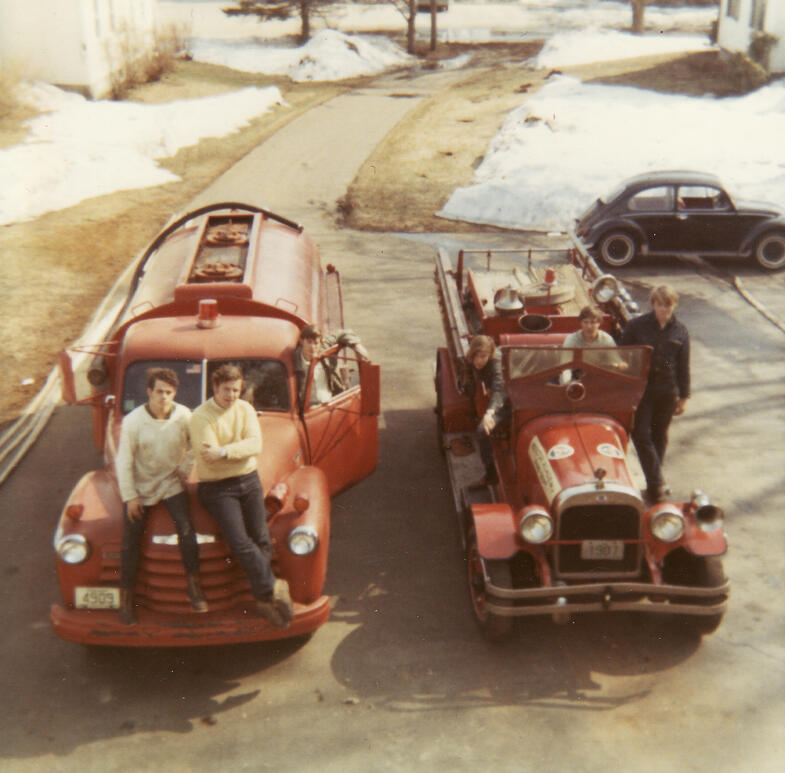 The Proctor that enrolled Henry Vaughan was one that would look drastically different four years later at his graduation in 1974. During those four years, the school would become experiential and would launch its first off-campus program (Mountain Classroom). But as much as Proctor would change in the coming decades, its core remained the same as it continued to unlock student passions. Vaughan reflects, “Proctor was unlike any school I could have ever imagined. My relatives bought an antique 1930 fire truck at auction in 1970 and Proctor agreed to allow me to bring it to campus and restore it.” The truck had served the Seal Harbor, ME fire department from 1930-1965 and Vaughan believed it still had some life in it. “George Emeny became our faculty advisor for the project when the truck arrived on campus in 1972. Proctor allowed us to refinish the bottom floor of the boat house as a workshop since the truck would not fit in the firehouse that was located by the woodlands office at the time. A group of us as students poured the concrete floor and we had ourselves our own garage. Two years later, the truck was nearly restored and I still have it today. Proctor lent me money to put into it and I am proud to say I paid back every cent. It still pumps and runs!”

This fire truck restoration was just one of the projects Vaughan remembers shaping his Proctor experience as he was a part of helping build the new fire station, the suspension bridge over the Blackwater River, and enjoyed the whole-school ‘hot-shot’ fire training one year. “The experiences I had serving on Proctor’s fire department, and eventually as its chief my senior year, have shaped my life. But it was not just the hands-on experiences, it was the willingness of my teachers to give me confidence as a student that stuck with me.” He adds, “My freshman year, David Fowler found out I was a history buff and he asked me to teach a lesson to his senior history class. I went into his class and taught a lesson. I never thought I could do that, but it built confidence in me, just as every other project did, and let me know that I had something of value to offer others.” 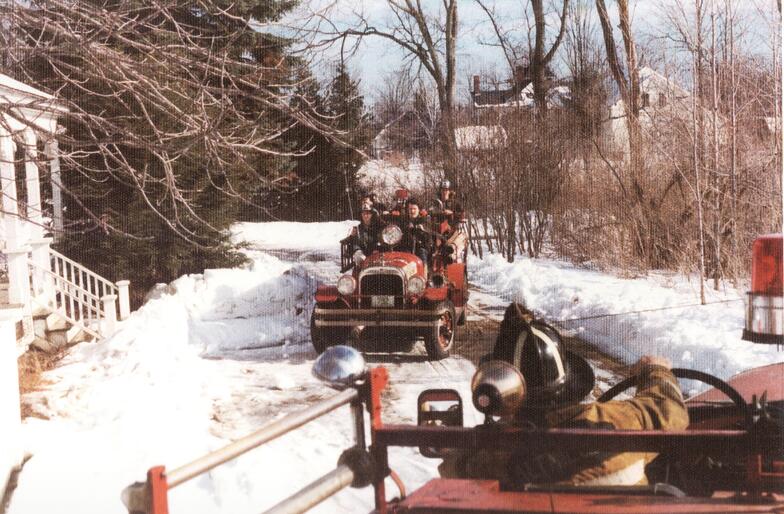 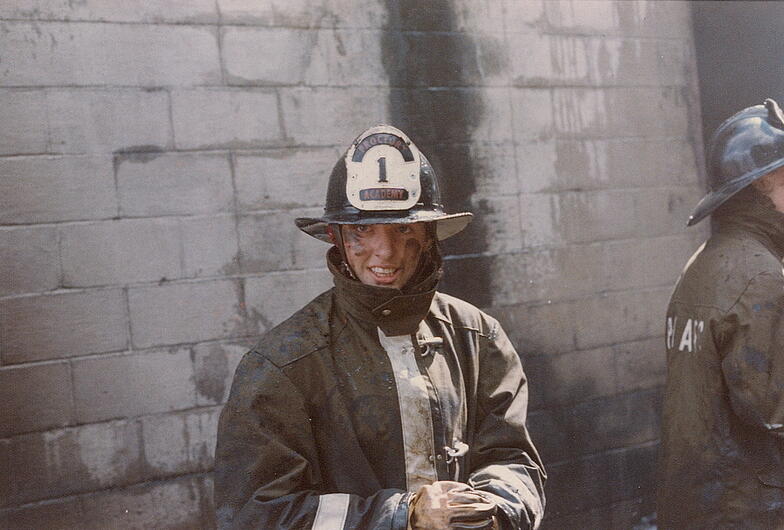 Just as Proctor seeks to do today, Vaughan’s teachers shared life lessons through each class he took. “All of the different classes I had the opportunity to take helped me learn how to deal with life in general; how to set a goal and put a plan in place to reach that goal.” Following graduation from Proctor, Vaughan studied forestry at University of Maine - Orono and immediately got involved in the school’s volunteer fire department. When a full-time position came up in the Orono Fire Department, Vaughan signed on and the rest is history. He notes, “My story is not unique, there are so many guys from our Proctor fire department that have gone on to careers in the public safety sector. Hank Strickland ‘76 is the Deputy Fire Chief in Hilton Head, South Carolina, Captain James Kriger ‘73 FDNY retired,  PA, Gunner Robinson ‘75 served the Vale, Colorado Fire Department, Howdy Rue ‘71 was a volunteer firefighter, Charlier Altmiller ‘75 was a police chief, and so many more. George Emeny helped organize and teach one of the first EMT classes in New Hampshire in 1973, and we helped recruit two of the first female firefighters in the state as well when Cindy Muller & Debbie Williams joined us.” He adds, “I am so thankful for the Town of Andover’s willingness to embrace and support the Proctor Fire Department. I was able to ride along with the Franklin Fire Department and even do my Project Period and Senior Project with them. I was just put in touch with a recent Proctor grad, Evan Gaskin ‘11, who attended Maine Maritime and is serving in Castine, ME in their fire department. I’m so glad Proctor continues to graduate individuals with public service in mind.” 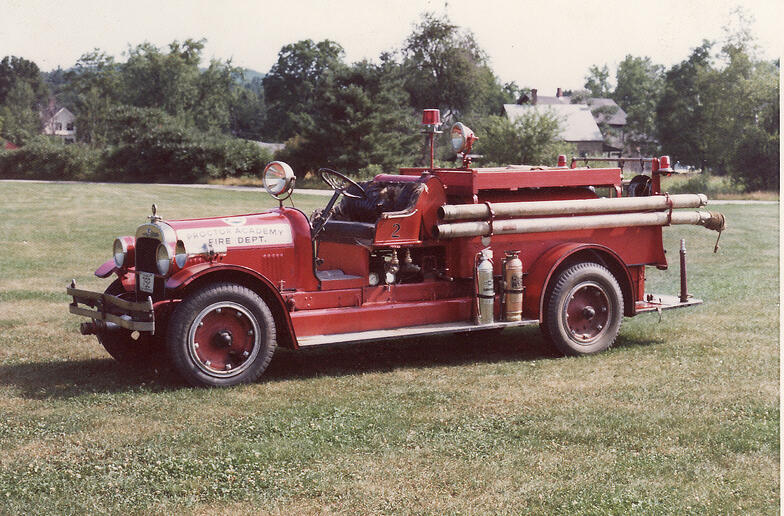 When asked who in particular shaped his Proctor journey, Vaughan provides a long list of teachers and students who mentored him including George Emeny, David Fowler, geology teacher Tom Bullen, and fire chief Howdy Rue ‘71. “I am forever grateful for what the school did to teach me how to learn to live.”