Over the past sixty years, Proctor has evolved tremendously. Our physical plant has grown along with our student body, but our core belief that each student has a unique learning style has remained unchanged since Jerry Lester graduated in 1954. Lester’s journey through his years at Proctor unlocked a passion for learning that would serve him well following his graduation. His story is unique, but represents the best of what Proctor has to offer each of its students.

Lester came to Proctor as a discouraged student who had growing frustrations with school, “I had been a terrible student and hated school, but Proctor offered unique courses that allowed me to excel and reach the top of most of my classes. My passion had always been cars and airplanes, and Proctor had a metal shop where old cars could be restored. By having courses that allowed me to pursue my passions, my engagement in other classes like physics, chemistry, and math improved significantly.”

Lester believes it was the overall atmosphere at Proctor that changed his course, “The atmosphere of freedom from regimentation was so appealing to me and seemed to lift the cloud of academic boredom and drudgery. The prep school I had come from was a very traditional Ivy covered prison. Although the campus was very nice in a nice area, the dormitories were like cells, whereas at Proctor we lived in houses with teachers who would help us. We worked in the kitchen, we waited tables in the dining hall, and I worked as a dishwasher; not great fun but it gave each of us a feeling of being in a community rather than merely a subject of the school.” 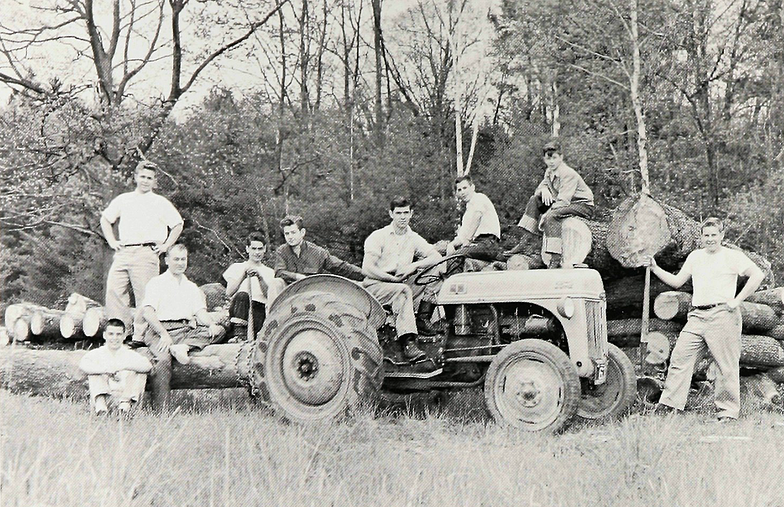 It was this sense of community that permeated Lester’s overall experience at Proctor, “I think the most important thing Proctor instilled in me was the knowledge I could create my own path in life. Lyle Farrell was headmaster during my Proctor years, and although not a car buff, he supported the club on campus and the work I did on my hotrod. He acknowledged I had a gift and made sure I felt good about my talents.” 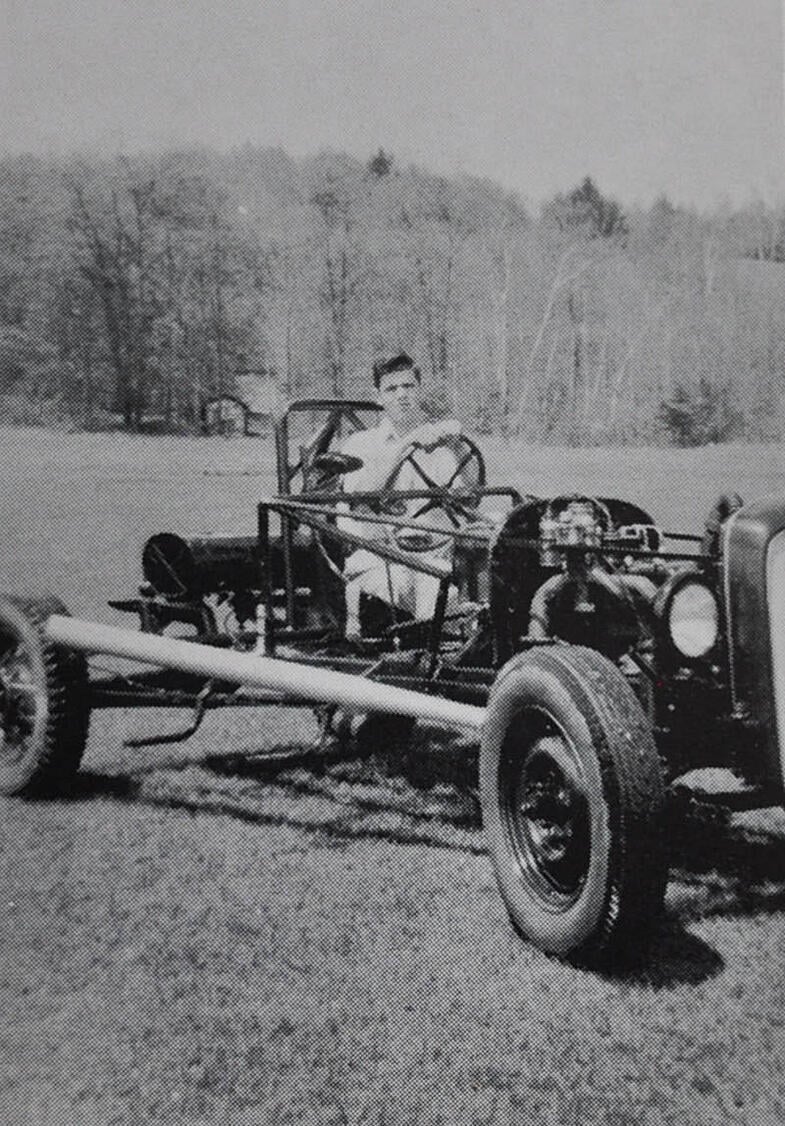 Certain teachers were key to unlocking those gifts, just as they are for each student today. Lester notes, “My Chemistry and Physics teacher was Roland Burbank. He had a great influence on me as he was a great teacher and I learned basic principles of physics and chemistry. These have stayed with me to this day and were instrumental in my later career. But it was not only my teachers that shaped my Proctor experience. I lived in MacKenzie House and Mrs. Mac was a saint in how she treated us. She truly loved all her students and provided a home-like atmosphere to each of us.” 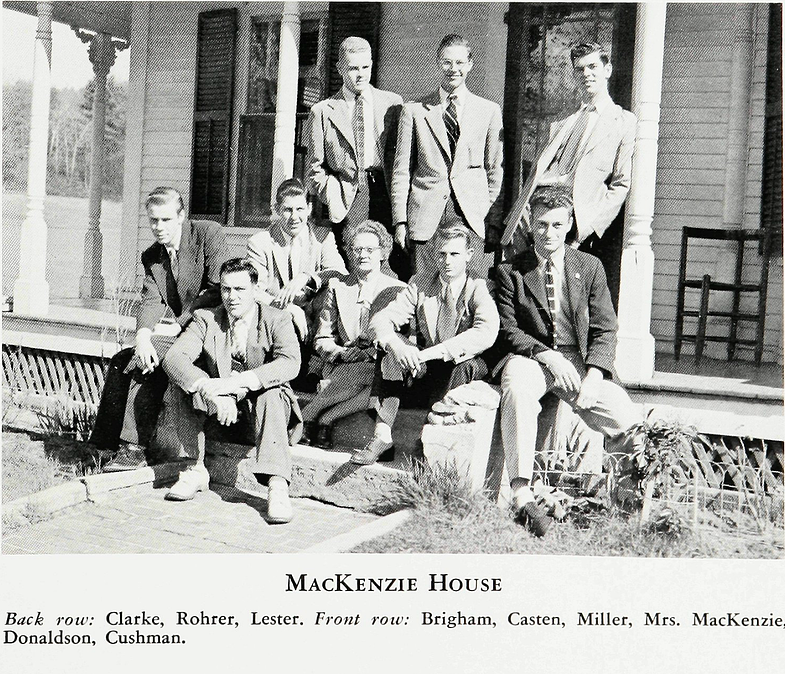 Following Proctor, Lester’s path took him on a bit of a different trajectory than many of his classmates. After building and racing cars for five years, he came to the realization he needed to find a more stable career path. He was hired as a technical draftsman by Grumman designing military aircraft. “My work as a technical draftsman involved making drawings and manuals for military personnel, however, I eventually went into support engineering to help build a program that took electronic cards out of aircraft boxes for testing.” As his responsibilities grew, so did his team. Before long Lester had 60 Grumman employees reporting to him on this project.

Lester’s career at Grumman would continue to evolve over his thirty-five years at the company.  He was involved in the configuration control of the A-6 aircraft program, director of special programs testing metal strengths and composites on aircraft wings, and eventually became one of five Vice Presidents at Grumman overseeing the A-6 program which meant having direct responsibility for more than 6,000 employees. Throughout each of these roles, Lester’s love of design using metal and machinery was central to his success. He notes, “My love of metal and machines was nurtured all the way back to Proctor and the metal shop run by Mr. Jones.”

Also central to Lester’s success at Grumman was the sense of independence and confidence in his skills as a designer. “My career was not something I had planned when I was hired as a technical draftsman, but I know the independence I gained at Proctor was a big piece of why I was able to become, to the best of my knowledge, the only non-degreed Vice President in Grumman’s history. I don’t mention that to brag, but more to illustrate what a strong work ethic and positive attitude can do for you when you have a foundation built at a place like Proctor.”

“Working at Grumman was exhilarating. My feelings about the company mirror those I have of Proctor. I have the proudest memories of Grumman, it’s management and people. I have often thought that for a kid with gasoline in his veins and dreams in his head, no one was ever luckier than I was to land where I did. Proctor provided an atmosphere for learning and growing that was truly unique, and for me, it was the perfect place to learn. It gave me a foundation for the rest of my life.”

We would love to hear YOUR story as a Proctor alum, too! Please contact us by emailing communications@proctoracademy.org to share the impact Proctor had on your journey!