Proctor Academy's girls' varsity basketball team traveled to Noble and Greenough School for the NEPSAC Class C Championship Sunday afternoon against #3 seed Lexington Christian Academy. Less than 24 hours after an epic upset over #1 seed Kimball Union Academy, the Hornets were eager to earn their first NEPSAC Championship since 2008. With hundreds of Proctor fans in attendance, the girls did not disappoint, and walked away with a 61-45 win and smiles on their faces! 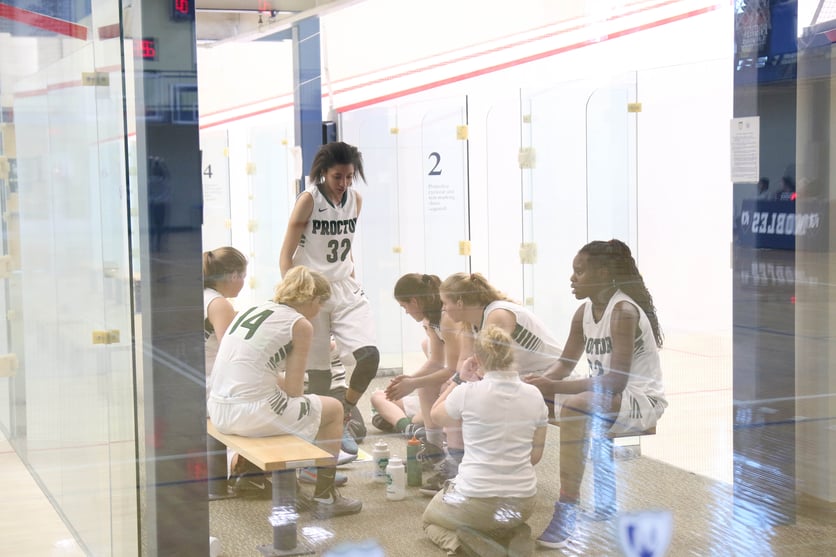 After a convincing opening round win over Hamden Hall (60-22), Proctor advanced to the semi-finals against a KUA team that was 21-4 entering the match-up. KUA had been a thorn in Proctor's side for the past five seasons, beating the Hornets twice in the regular season. Proctor got in early foul trouble in the semi-final when Angelique Ngalakulondi '19 and Amber Wilson '16 on the bench with three fouls in the first half, and picked up their fourth fouls early in the second half. When it looked like KUA would take the lead, key plays from Proctor's youngsters  (two huge shots by Katelyn Barton '18 and big shots down the stretch from Mikala Eacrett '19) helped the Hornets hold on to a 39-35 win over the highly favored #1 seed and advance to the championship. 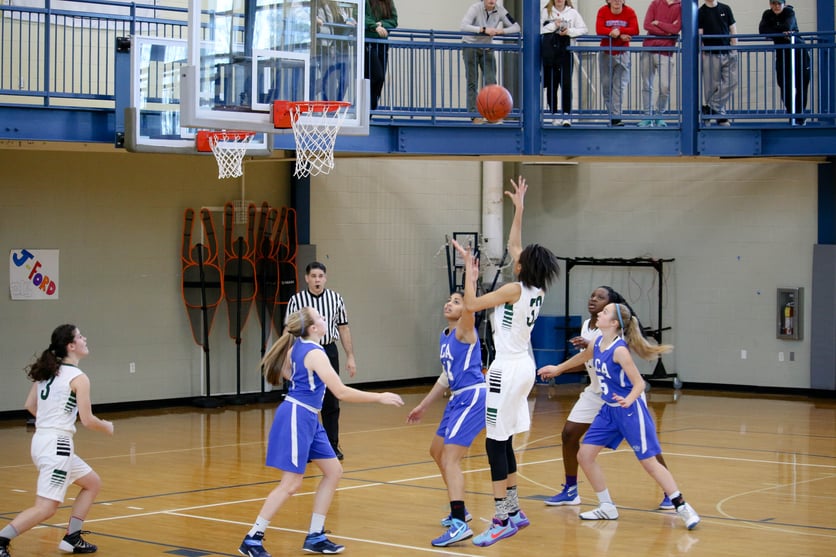 On Super Sunday, the Hornets were joined by hundreds of members from the Proctor community, and came out focused and relaxed. The girl's quickly jumped out to a 12-2 lead, forcing LCA to call a timeout just two minutes into the game. Proctor would hold that lead throughout the first half despite another game riddled with foul trouble, but LCA would gradually gain a rhythm and knock down key three pointers to keep the game close heading into the half as Proctor led 33-22.

It was Proctor's inside/outside combination that was unstoppable this post-season, however, and that lethal duo returned in the second half. Amanda Torres '17 (Hudson, NH) played another outstanding game from her point guard position (18 points, 6 rebounds, 5 assists, 3 steals), and game MVP Angelique Ngalakulondi '19 (22 points, 14 rebounds) combined with Amber Wilson '16 (18 points, 7 rebounds) to dominate the interior on both ends of the floor for the Hornets.

While every championship team has stars (Torres, Ngalakulondi, and Wilson dominated the scoring column for Proctor this season), they also need to have unsung heroes in order to secure the big wins. In Saturday's semi-final it was Barton and Eacrett), today, it was Sage Fletcher '18 who came off the bench and helped stave off an LCA run in the second half when Wilson found herself on the bench in foul trouble. At a time when everything seemed to be going LCA's way and the Proctor lead began to dwindle,  Fletcher hit a clutch mid-range jumper and came up with consecutive stops in the post on the defensive end before grabbing an offensive rebound to keep possession of the ball for the Hornets. Every time LCA went on a run, Proctor responded with a key basket, offensive rebound, or steal. The girls had ice-water in the veins on this Sunday afternoon, and simply refused to lose, securing the 61-45 win!

The game marked the end of a fantastic winter athletic season for the Hornets including three bids to the NEPSAC tournament. While girls' hockey fell in the semi-finals to Brooks School and the boys' hockey fell in the quarterfinals to Belmont Hill School, both teams had tremendous seasons and continued an impressive post-season run for the Hornets. Congratulations to girls' basketball and coaches Liz McNamara and Lindsay Brown '01 and the entire team on their championship run! 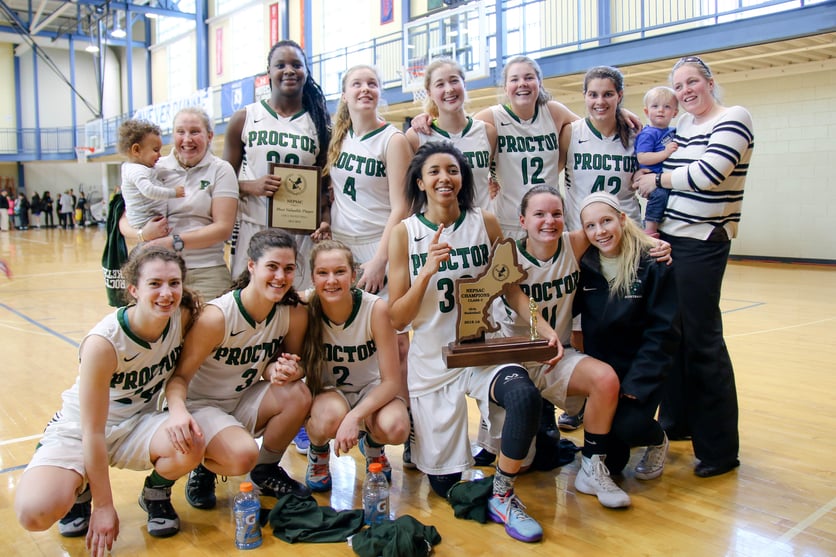