Heading into the 2017 baseball season, Head Coach Mark Tremblay knew he had a solid core of seniors who would put up a fight, but no one could have imagined the journey they would take the Proctor community on over the next two months. Battling early season snow, mid-season rain, and late season black flies, Proctor's Varsity Baseball team ran the table this spring with 15 straight wins on its way to the program's first regular season Lakes Region title in more than twenty years, and first Lakes Region tournament championship on Saturday afternoon.

Behind the leadership of quad-captains Matt Braley '17, Eric Bonewald '17, Peter Laviolette '17, and Jaz Salem '17, and fellow seniors Reilly Walsh '17 and Grifin Marshall '17, the Hornets overcame injuries, lineup changes, and a relentless Holderness team to secure the 3-2 championship win in what turned out to be an epic battle between two great teams. 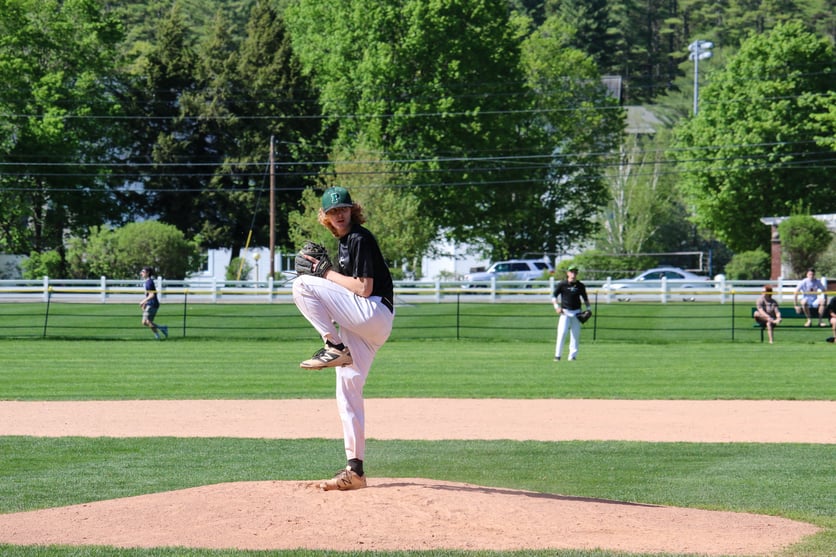 Proctor drew first blood in the bottom of the first inning tallying two runs before Salem added a third on some head's up baserunning in the bottom of the second scoring on a past ball. Meanwhile, Andover's Matt Braley '17 was lights out on the mound through six innings, backed by stellar play from Proctor's defense all afternoon including the picking off of aggressive Holdernes baserunners three times in the early innings to keep the Bulls at bay.

Needing just three outs to secure a title and holding a 3-0 lead, the hundreds of fans in attendance were ready to celebrate, but Holderness dug deep to make things interesting. After recording the first out, Holderness seemingly figured out Braley's pitching and scored two quick runs before loading the bases again. After a two meetings on the mound to discuss strategy, Braley did what he did all year, and struck out the final two batters of the game as the celebration began! 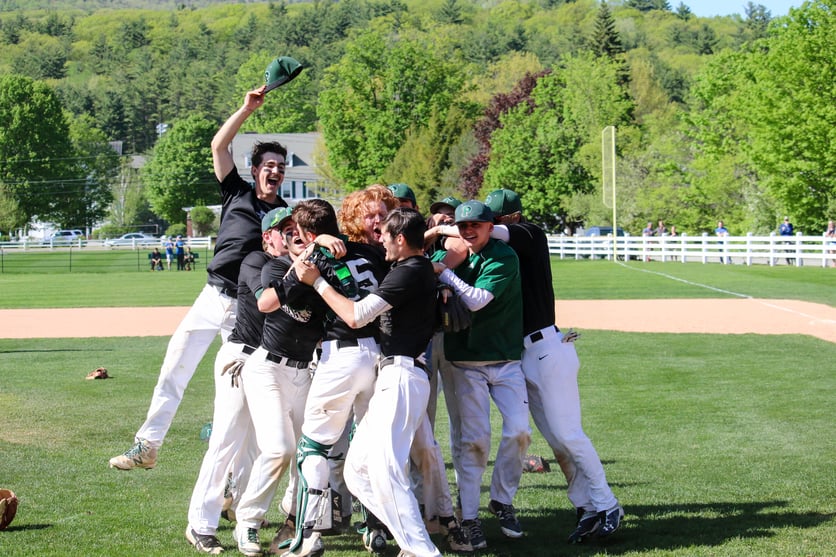 For Trembaly, and assistant coaches Adam Jones and Don Hodgdon, today's gritty win epitomized this group and their commitment to their craft. Not many baseball teams are able to win fifteen games in a row - the Red Sox haven't done so since 1945 - and certainly no Proctor baseball team in the past thirty years has been able to achieve the feat. As Tremblay pointed out during an assembly announcement to the community on Thursday, baseball is a game of inches. One play can turn the tide, shift the momentum, or be the difference maker in a game. Looking back through the season, countless moments stand out (Salem robbing Holderness of a three-run homer at the fence, Laviolette throwing a laser from first to third to pick off a baserunner, Bonewald, Walsh, and others patiently approaching each at bat are just a few from today's game) where this team's focus, determination, and will to win gave them the inch they needed to win game after game on their way to a championship. Congratulations boys, thank you for letting us watch you play the game you love all season!