The Proctor football program has a long and storied history of success, including three undefeated seasons in the last decade. With expectations high once again for the 2019 campaign, the team is holding true to the winning tradition of Proctor football well known throughout New England as the team boasts a 5-1 record heading into the final two games of the regular season.

With an overhaul of the offense and defense for this season, Head Coach Ben Rulli returned to Proctor for a second tour as head coach (Ben also served as Head Coach from 2009-2014) and has the Hornets primed to make a late-season push to post-season play. The new, wide-open style of play has led to exciting games and fun for the entire Proctor community. Along with the play on the field, the building of the program's culture and team-first mentality has been at the core of the season. With many new players to the program, the 2019 season is viewed as a foundation to build upon moving forward. Leading the team are Captains Quinn Broderick ‘20, Hunter Cleary ‘20, Sam Jewett ‘21, and Jake McElroy ‘20. 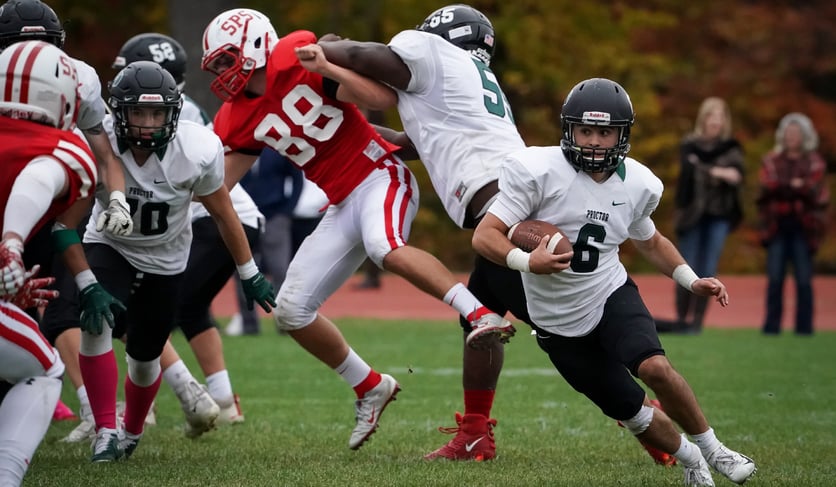 Coach Rulli notes, “We knew heading into this season there would be a lot of new faces at many positions. To introduce a new style of play on both sides of the ball was not going to be an issue since it would be brand new to the majority of the team. The flexibility of the new, more wide-open offense has allowed us to cater our offensive game plans week-to-week, while capitalizing on the strengths of our team.” The team is young in a lot of areas, starting many underclassmen in varsity competition for the first time, and therefore, the focus on skill development and understanding the offensive and defensive schemes has been vital to the team’s success so far. Captain Hunter Cleary ‘20 does not want to focus on the past, but continue to move forward as a team, “We have had a good start to our year and sometimes that can make players comfortable, I want to stress perfection and continue to push the team in a positive direction.”

The younger players have certainly taken to the leadership of their more veteran teammates. “I have been impressed with how much offense and defense we have gotten in this season. We have been able to introduce complex schemes that have elevated our play.” Coach Rulli adds, "Much of this is due to the effort in practice. All members of the team are committed to making everyone better and to gaining knowledge of the game of football. I have been really impressed with our guys and their focus this fall, and it has led us to win close games against talented opponents these last two weeks." 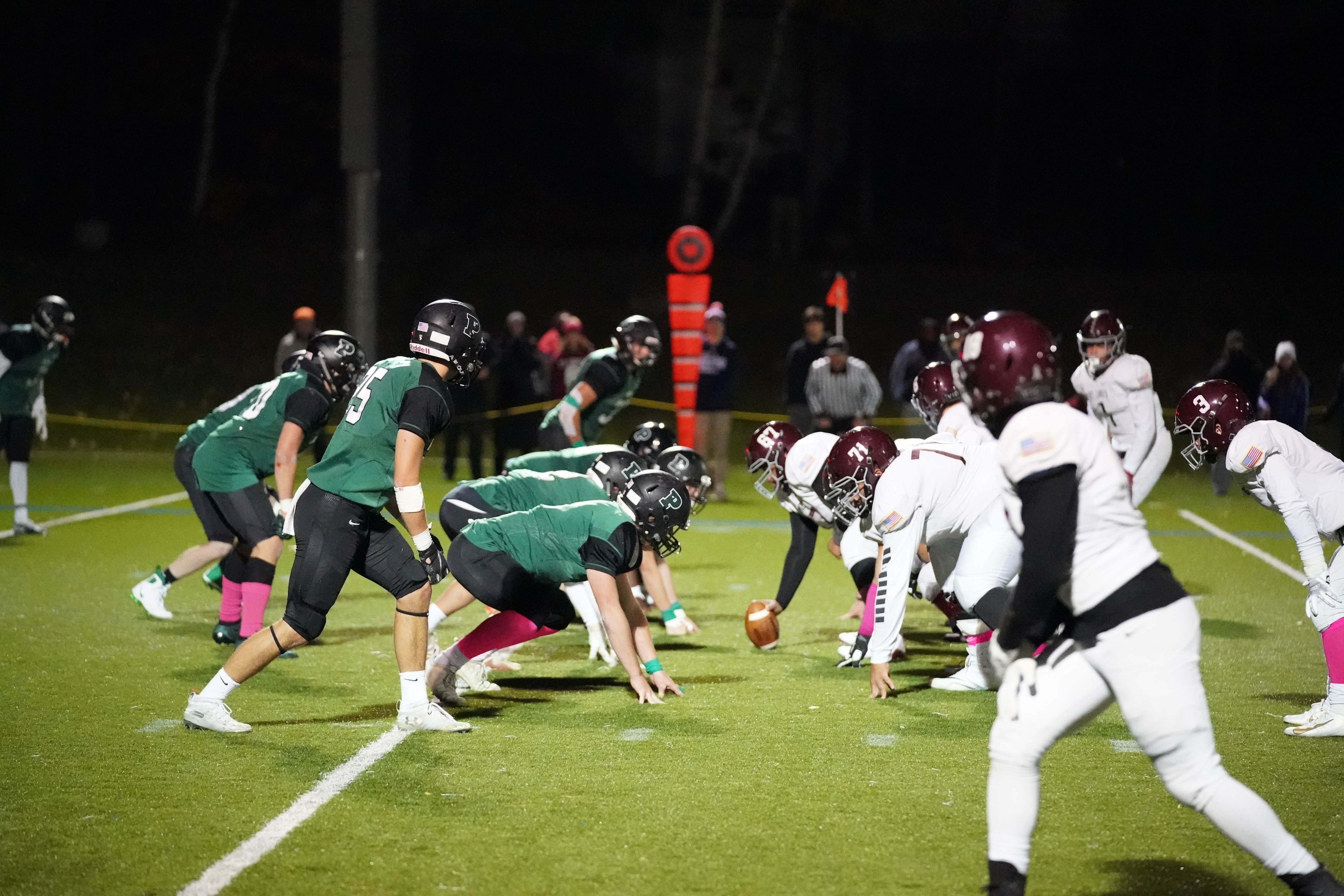 The mission of the football program at Proctor mirrors the core principles at Proctor: Honesty, Compassion, Respect, and Responsibility. As Coach Rulli notes, “We want to use the game of football to teach life-long lessons that create better people. Of course, the implicit goal is to win games, but if that’s all we are doing, we are losing in the end.”

As the season enters the home stretch, the Hornets look to continue their winning ways. Coming off back-to-back last minute comebacks, the Hornets know they face one of their toughest tests of the season in New Hampton School on Friday night under the lights. Wins over St. Luke's and Kingswood Oxford the last two weeks have set up this weekend's marque match-up of two of the Lakes Region's remaining powers. Despite dropping their last three games, the Huskies are incredibly talented and capable of putting up points in a hurry. Kick-off is at 6:00 PM under the lights on Farrell Field, and it should be quite the game.

The Hornets will close out their season with a trip to Cushing Academy on Friday, November 8. Securing wins in these final games of the season would give the Hornets a shot at a New England Bowl birth, but Rulli and his troops know they must focus on the next snap, the next play, and come to practice each and every day willing to learn. The rest will take care of itself.