Saturday was a special day on Proctor’s campus. We welcomed hundreds of volunteers, runners, riders and spectators as we hosted the Rail Trail Run and Ride fundraiser for the Special Olympics of New Hampshire. The entire student body and many faculty and staff participated; some helped set up the event, others raced in the 5k and 10k runs alongside Special Olympic athletes. Others cleaned up, organized child races around Carr Field, and cheered on runners and riders. 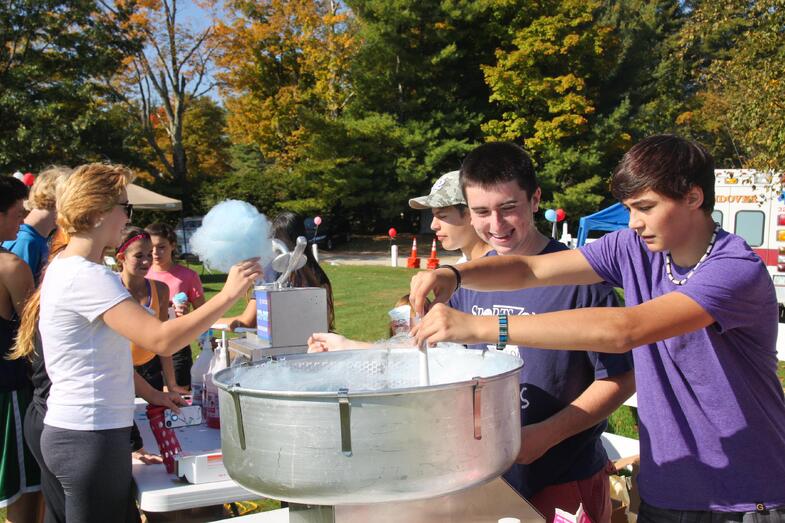 Let’s talk briefly for a minute about bravery. A blog post by Glennon Doyle Melton last week helped redefine bravery for me. There were moments of bravery on Saturday when volunteers and racers stepped up to a new challenge; stepping outside their comfort zones and saying, “Yes, I’ll try that. I’ve never run in a 5k race, but I am willing to try it!” Bravery is present every time an athlete embraces his or her disability and competes just like a number of Special Olympians did on Saturday.

Glennon Doyle Melton describes an equally powerful definition of bravery that we must also take into consideration as we educate adolescents, “We have to teach our children (and ourselves) that caution is often a sign of courage. That often NO is as brave an answer as YES. Because the little girl who says no in the face of pressure to pierce her ears or jump off a cliff might become a bigger girl who says no in the face of pressure to bong a beer or bully a peer.  Whether her answer is YES OR NO- give me a little girl who goes against the grain, who pleases her own internal voice before pleasing others. Give me that girl so I can call her BRAVE loudly and proudly in front of the whole world. Give me a girl who has the wisdom to listen to her OWN voice and the courage to SPEAK IT OUT LOUD. Even if it disappoints others. Especially then.”

Isn’t this what we want from all of our students? To have the courage to embrace who they are as individuals, as learners, as young men and women. To develop that voice that is ok with saying ‘no’, but has the confidence to assess a situation and say ‘yes’ to new challenges.

Congratulations to all of the brave individuals (however that bravery was exhibited) who took part in Saturday’s Special Olympics event!