Proctor’s commitment to making the 16,100 square foot facility net-zero ready increased the price tag for the new facility to over $7.8M. The school and its donors believe the long-term investment in environmentally friendly construction is the best type of investment the school can make. Proctor’s Head of School Mike Henriques notes, “The Dining Commons reflects the school's commitment to its environmental mission and its aspirations for a greener future. We believe Proctor plays a role in modeling sustainability for our community while raising the bar regionally. We like that. We also love being able to give to our talented kitchen staff the means to create for our community. We now share meals in a warm and welcoming space that we have been dreaming about since 1977 when Cary House was lost to fire. This facility has already proven to be a spectacular addition to the Proctor campus.” 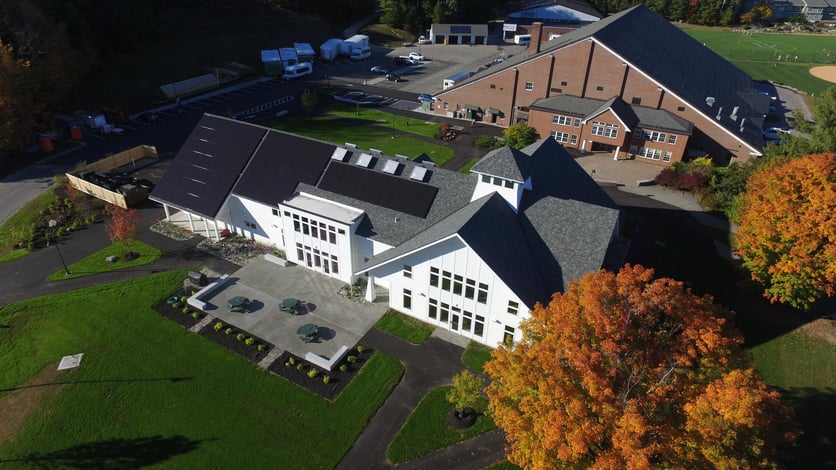 Maclay Architects, an architectural firm out of Waitsfield, Vermont known for its innovative buildings merging sustainability and aesthetics, designed the Brown Dining Commons on Proctor’s campus. Bill Maclay, whose son Thayer graduated from Proctor in 2008, comments, “Proctor has completed a new Dining Commons which will quickly become a core social hub on the campus, as well as a model of environmental sustainability including net zero energy performance.Taking on the challenge of building a net zero dining hall is no small feat. Dining facilities have large process loads due to cooking, dishwashing, mechanical and fire suppression requirements, making net zero difficult to achieve. Proctor’s vision and strong commitment to mission guided our process in tackling this exciting challenge to make it a reality. We are proud and excited to have been a part of this ambitious and inspiring project.” 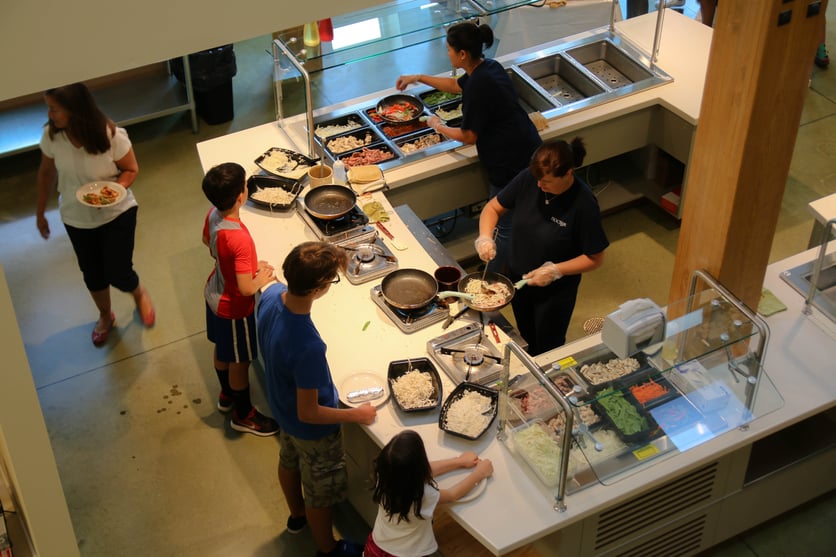 Proctor’s Environmental Coordinator, Alan McIntyre adds, “Our new dining commons is yet another example of our effort to honor our environmental mission to lower our carbon footprint. Geothermal heating and cooling, Photovoltaic solar arrays, electric kitchen and LED lights represent our deliberate transition away from fossil fuel dependent buildings. Furthermore it showcases how Proctor can demonstrate and solve problems in a time of unpredictable climate change.” 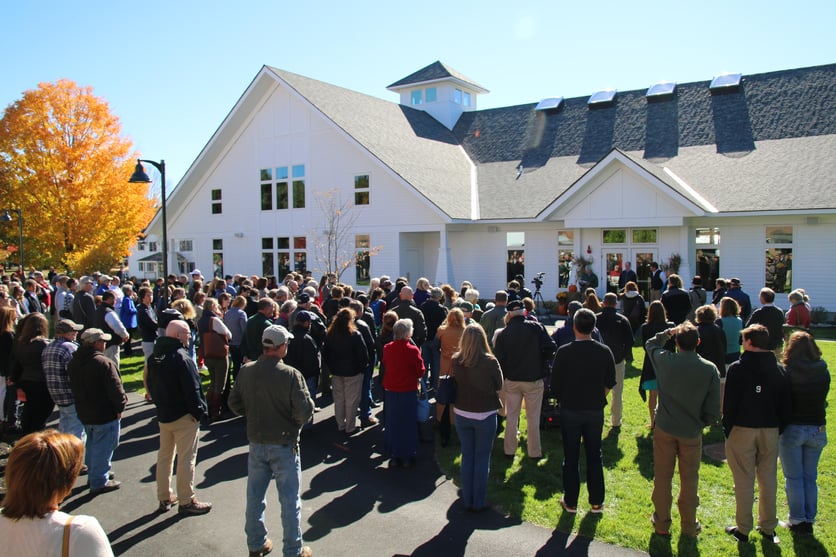 Mike Hulbert, Vice President and Project Manager for HP Cummings Construction Company, adds, “We’ve really appreciated the staff and students at Proctor Academy and their patience with the construction activities throughout the past year. We’d like to say an especially huge thank you to the kitchen staff! Their ability to work with us and learn to cook with their new equipment in such a quick time frame helped tremendously! Thank you so much for the opportunity to be a part of this project!” Mike Hulbert VP, Project Manager. 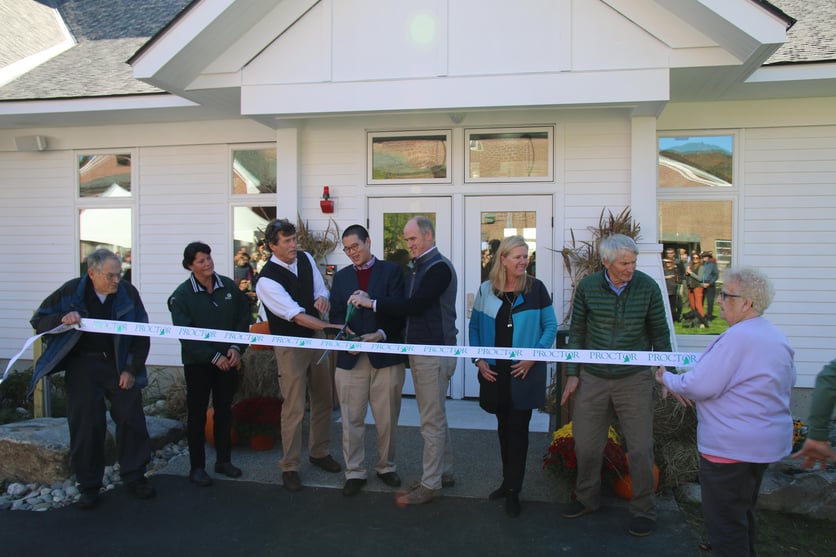 Chair of Proctor Academy’s Board of Trustees Tom Healey notes, “Proctor’s commitment to environmental sustainability and to the residential life experience of our students is epitomized in the construction of the Brown Dining Commons. Students, faculty, and staff will share three meals a day in this building, and each time they gather, the design and details of this amazing building will remind everyone of our shared responsibility to be great stewards of our environment.  Proctor has an amazing culture and this building will help sustain it for multiple generations.” 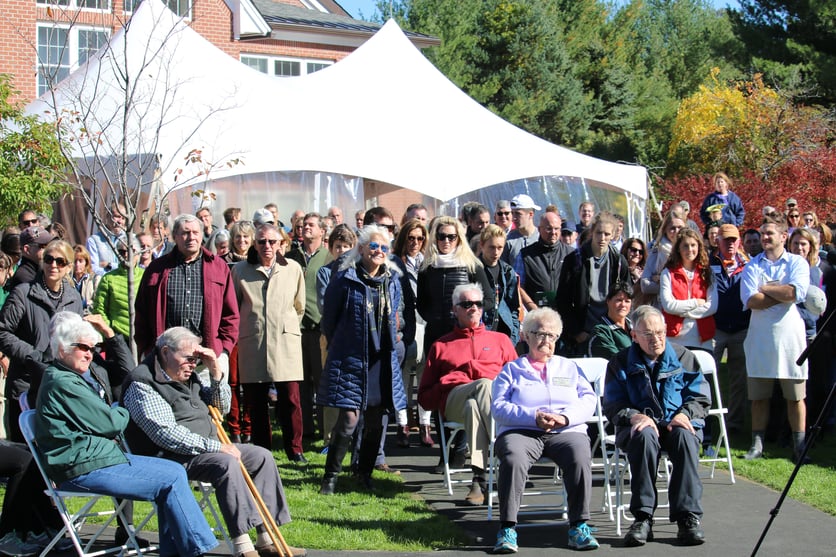 The entire Proctor community offers a heartfelt thank you to everyone who helped this project come to fruition!