Proctor’s commitment to environmental stewardship runs far deeper than our Environmental Mission Statement and annual celebrations of Earth Day. Our commitment is institutional and drives our forward progress as we seek carbon neutrality as a school. 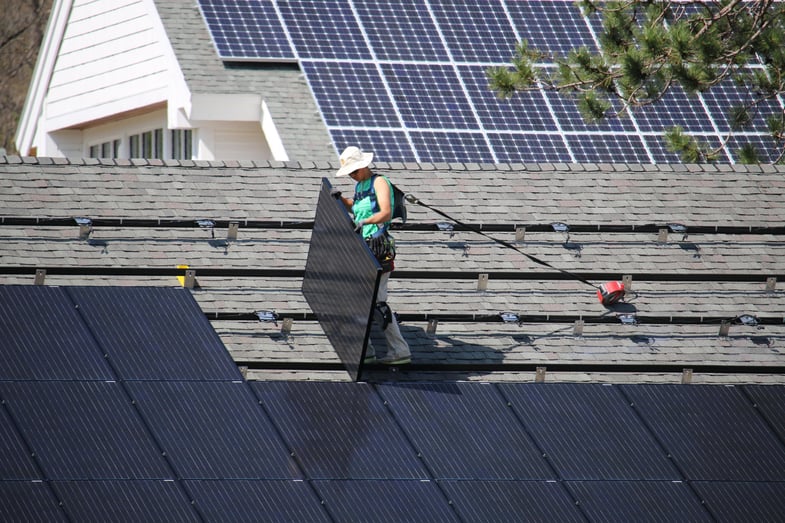 Over the past week, we made a giant leap in the right direction as three roof-top solar installations were completed by ReVision Energy and IGS Solar. IGS Solar, LLC, a turn-key commercial and residential solar provider, teamed up with ReVision Energy, a full-service solar energy contracting company, to build, own and operate five solar arrays on Proctor’s music recording studio, Alan Shepherd Boat House, and the school-owned day care center. 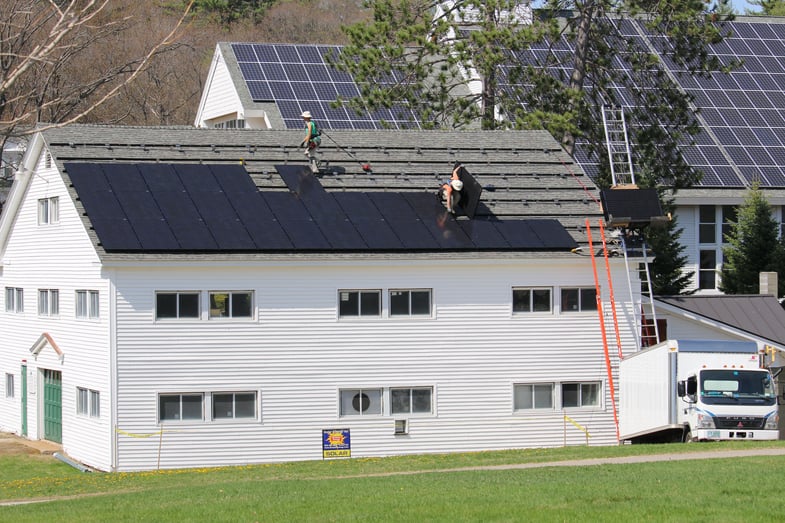 IGS Solar will finance, own, and operate the solar project, which is now under construction. “With successful collaboration and careful planning, we’re glad to play a part in supporting Proctor Academy’s existing efforts to bring more renewable energy to campus,” said Patrick Smith, vice president of IGS Solar.

Clean energy will be generated by solar arrays to be installed throughout the campus. The three projects installed over the past week join the 78,000 kwh installation that has operated on the Wilkins Meeting House roof since 2012. Two more installations over the course of the summer on the hockey rink and at the Proctor Ski Area will bring Proctor’s solar capacity to a staggering 328,000 kwh of production, offsetting roughly ⅓ of Proctor’s total electrical consumption on an annual basis.

The idea to power these areas with solar energy initially came from Proctor students involved in Project Period and physics courses. Encouraging sustainability is an important initiative for us, where more than 80% of heating fuel is renewable including the Walt Wright Biomass facility, geothermally heated Peabody House, and four other dormitories where students cut, split, stack, and even heat their residence with wood from the onsite 2,500-acre woodlot.

Proctor’s John Ferris notes, “This project in partnership with ReVision Energy and IGS Solar is incredibly exciting for us as we continue to live out our school’s environmental mission statement by having nearly a third of our electricity demands powered by our own solar. This project is a testament to the hard work and ingenuity of our students who proposed the solar sites and calculated rooftop capacity in math classes.”  The total output of the systems will generate over 250,000kWh per year for the campus.